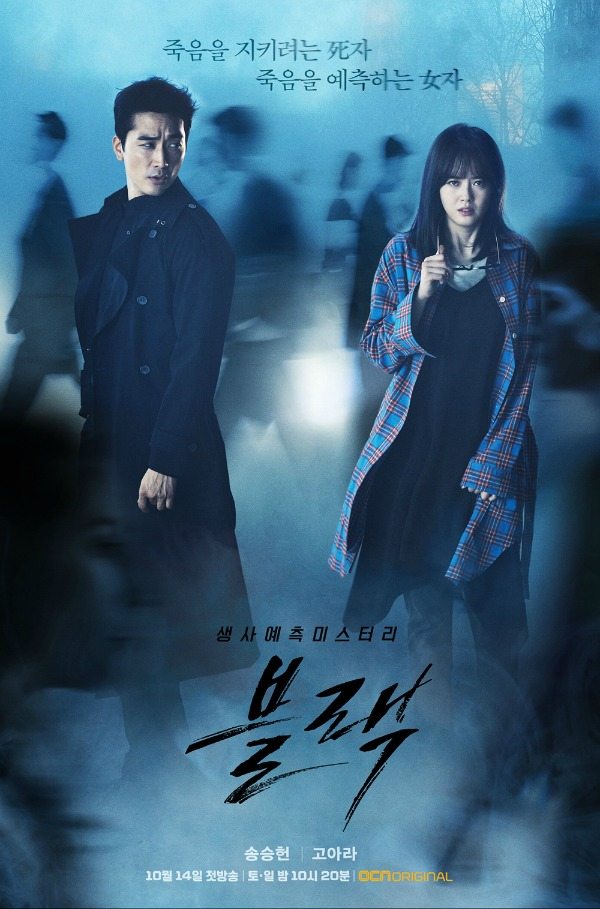 Well, this is an interesting development! According to the latest reports, not only are we to get a Romeo-Juliet love story between a human woman and a grim reaper in OCN’s upcoming supernatural thriller Black, they will also work together in an unusual alliance to save people’s lives. Pretty sure the heavens won’t be too happy about one of their own meddling in the fates of mortals.

Song Seung-heon (Saimdang, Light’s Diary) will star as the titular grim reaper Black, who is cold-blooded and collected in the face of death. On the other hand, Go Ara’s (Hwarang) character, Kang Ha-ram, is a clairvoyant who can visualize the impending deaths of the people around her. Her premonitions manifest as shadows, so Ha-ram hides behind her sunglasses in order to avoid constantly witnessing gruesome scenes of people’s deaths. What a terrifying predicament; I feel for her already.

The most recent teaser gives us some brief shots of our two leads separate and then together. We first see a solitary Black walking through a field on what has to be the cloudiest day ever recorded, and then Ha-ram witnessing (fore-witnessing?) a homicide on a bridge. In a sequence of split-second scenes, Ha-ram is seen breaking down in a plane and having to be escorted off. Damn, does that whole plane go down? She narrates that she can see death in the shadows, and then an angry Black, in a hospital gown and head bandages, holds her down as he demands to know who she is.

Hmm, is the reaper going to be an amnesiac for a little while? ‘Cause, I know of a fellow grim reaper who might be able to help with that. Jokes aside, I’m actually not too worried about this show drawing comparisons with Goblin, since Black’s tone is very OCN in terms of style—dark and gritty. It’ll be interesting to see how procedural the show will get, though, since initial reports only included a love story between the two leads, and now there’s an additional element of the grim reaper and human woman working together to rescue people from their fate.

OCN’s Black will follow Rescue Me on Saturdays and Sundays, premiering on October 14. 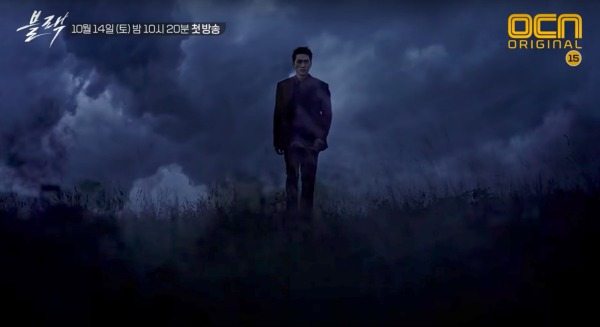 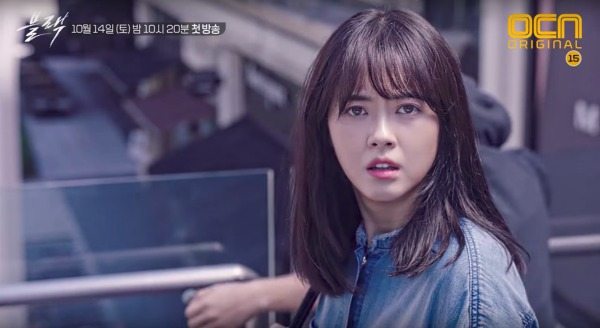 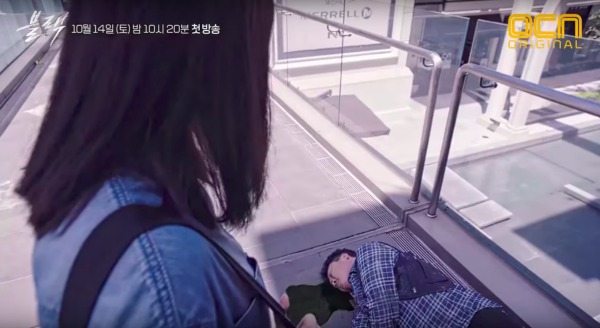 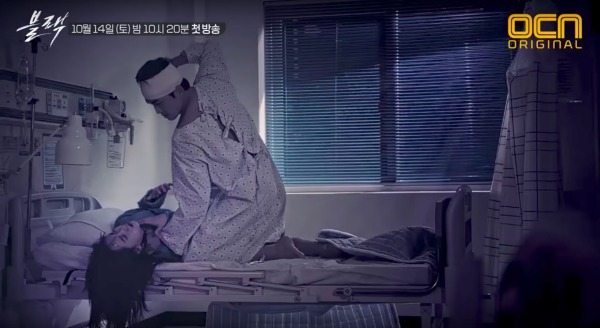 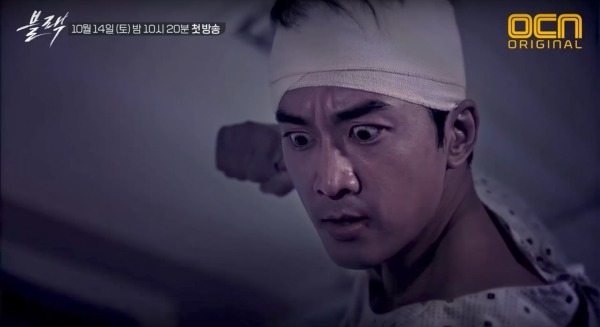 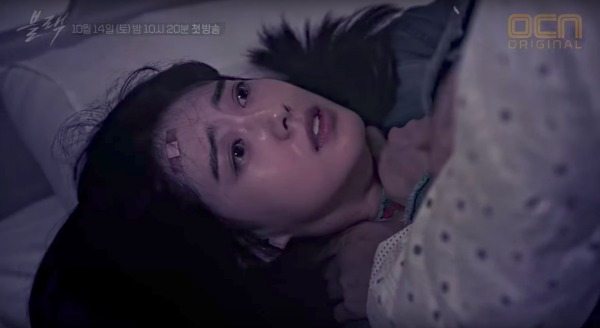 Its Go Ara which means I am going to have to see some of it at least.

Hmmmm to watch or not to watch? Btw: so excited for the October batch of dramas

this looks really good! concept is interesting. it must be awful to see death like ha ram.

drama, please don't disappoint and live up to the hype.

This looks so good!! Dark supernatural romance is right up my alley

Great premise and dazzling visuals. Pretentious in a good way. Waiting to be blown over. Give us something new, Show!

So sad my Save Me is ending this weak *tears tears* what will I do without my weekly dose of queen Sang Mi and too pure for that world utter perfection that is Dong Cheol?

Gonna have to give this show a hard pass. The plot sounds interesting and the supporting cast of Lee El keeps trying to pull me in. However both leads are not compelling or convincing actors (though Go Ara was fantastic in R95 and that's been pretty much it) and they simply don't pull me in to watch. Happy watching to all others though. May it be reviewed so perhaps positive feedback may pull those of us reluctant to watch, to watch it.

"is the reaper going to be an amnesiac for a little while? " If so, Song Seung Heon is perfect to the role. You know what I mean...

i like the plot but I don't really like the male lead. Anyway we'll see how it goes because I'll still be watching the first episode.

Getting interested in this. I don't anticipate buying their love story (ugh, why must there be a love story?!), but the saving lives together part sounds interesting. Perhaps, it'll be somewhat of a procedural series, which will help since SSH and Go Ara are sort of middling (though very likable) actors. I do really like Go Ara, and it'll be interesting to see her not play a bubbly character.

I've felt meh about pretty much all of Go Ara's roles. Whether that's because they were poorly written or that she lacked the acting skills or charisma to pull them off, I don't know.

I do find the premise of this show VERY intriguing though and hey maybe she'll do better in a darker drama with a sadder role. Either way, will definitely check out at least an episode or two.

war between two absolutely stunning women with zero acting skills playing to prove who is a better clairvoyant/gifted..

Do they think SSH is aging backwards?

The girl looks beautiful more in the picture. Poster right away catches your attention. Also story is pretty similar to a Webtoon where the Pure, Long Hair beautiful Heroine could see the Negtivity of people.

No more Save Me?!! Nooooooooooo!

I guess all good things must come to an end. Better to end with a bang than to become a drag. :)

The teasers for this show do look inviting. I will definitely check out the first couple of episodes.

Those eyes! It's Dr Jin all over again!!!! Dr Jin became the Grim Reaper! I'd watch this if Heads recaps it.