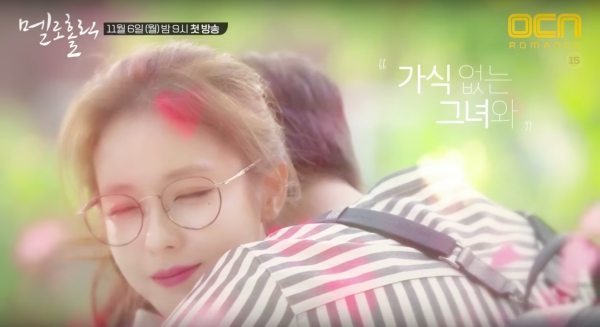 When I first heard that upcoming fantasy rom-com Meloholic was shopping around for broadcasters, I can tell you that OCN was the absolute last station I would expect to house it. I mean, sure, it did air their first romance drama My Secret Romance earlier this year, but the channel is overwhelmingly known for its gritty crime thrillers. The show starring DBSK’s U-Know Yunho (Records of a Night Watchman) and Kyung Su-jin (Weightlifting Fairy Kim Bok-ju) will have an element of mystery, though that is where the similarities end with OCN’s usual fare.

The first teaser gives us the basic premise: Our hero, Yoo Eun-ho, has the supernatural ability to read people’s minds, and will fall in love with heroine Han Ye-ri/Han Joo-ri. From what I gathered in earlier reports, I thought that Kyung Su-jin’s character was two-faced in a bipolar sense, but with two names attached to her, the show seems to be going for a heroine with literally two personalities.

In the first scene of the teaser, we see what must be the heroine’s softer, more innocent personality, as the two leads are embracing under a shower of petals that actually turn out to be heart-shaped. Haha, coupled with the soft lighting and the music, it’s so cheesetastic. The copy reads, “I fell in love. With a woman who is genuine.” That last sentence then gets re-written as, “With a woman who is unpredictable.”

The heroine’s other personality is a bit more aggressive, sporting no glasses and dark eye makeup, and pushing Eun-ho up against a brick wall. I love how round his eyes get when she thinks, “Today is no bra day.” Lol. He looks just as smitten with this side of her at the end of this teaser, though, gaping as she struts towards him in heels and sunglasses. How much would I love the hero to be a complete beta male?

I have to admit, my first reaction wasn’t exactly positive when I heard the casting news for Meloholic because I have yet to see Yunho get beyond that level of acting that doesn’t use the word “foot.” But, I’ve enjoyed PD Song Hyun-wook’s dramas in the past (see: Marriage Not Dating, Oh Hae-young Again, and even parts of Introverted Boss) and this show will be working with established material since it’s an adaptation of a Naver webtoon. So, I’m hoping against hope that maybe this show will be an enjoyable, breezy, cringe-less watch. I am, if nothing else, an optimist.

Meloholic will occupy OCN’s Monday-Tuesday slot, which has been left empty since My Secret Romance. The broadcaster will actually air the show in conjunction with a web channel called Oksusu, which is curiously going to start releasing Meloholic online in advance of the television premiere. OCN will premiere the show on November 6, while Oksusu will make it available on November 1. 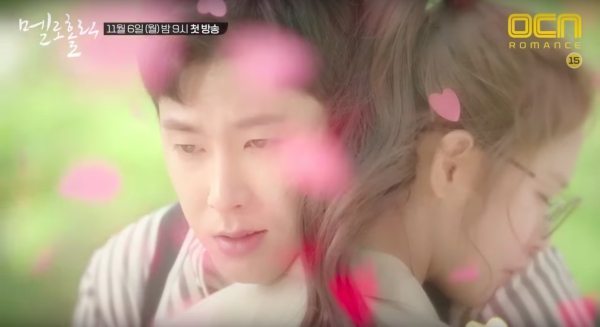 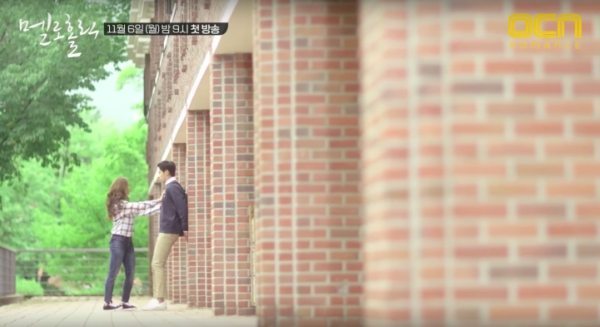 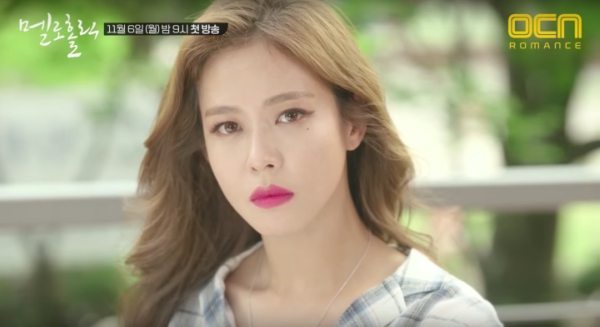 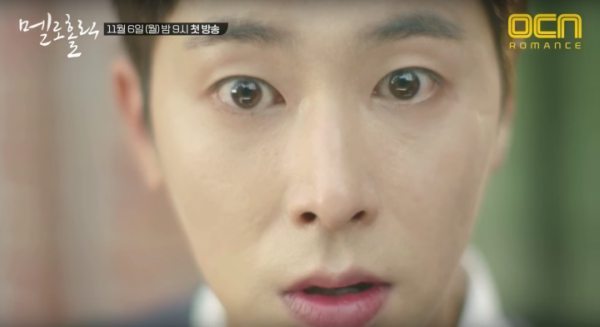 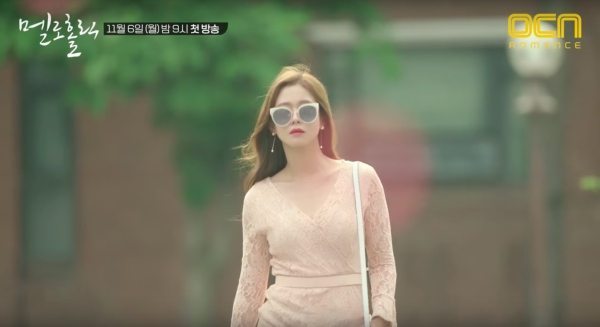 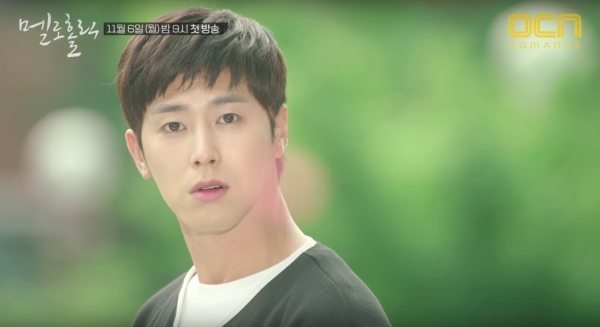 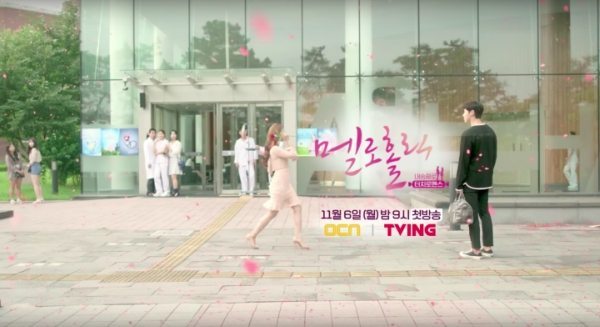 I have a soft spot for Yunho because of ye olden tvxq fangirl days but have never really been impressed with his acting. I don't remember much of it though since I have never finished any of his dramas.

But! For rom-com all he needs to do is be cute and reach the Taecyeon/Suzy level of acting for me to be satisfied. That can't be that bad?
Glass half full?

As long as it's being adorable, I think he can do it. I have faith!

2 giocare is finding her way to terius heart💖

Will this be similar to My Secret Romance, in that OCN didn't have a hand in producing it but just aired it?

here for kyung sujin! hope she'll be able to snatch more lead roles in the future

Funny how the character's name is basically just saying Yunho ever so slowly.

Oh, he looks so adorable! I think I will get out of my drama slump soon. This drama looks promising.

As soon as I read "two faced heroine" in the title, I know that I'm jumping into this drama. Float or sink, I don't care, this is my catnip.

im here rooting for Kyung Su-jin. From House of Bluebird and Plus Nine Boys, I never doubted her comic side and was waiting for her to be the lead actress again.
The story is like a girl with dual personality with fantasy so Im really in!

Am the only one think that he seems cheapy just like web dramas?

But isn't it better to gain experience and hopefully improve through small projects rather than terrorizing Big Three audience with bad acting?

*hisses* OCN go back to murdering people, this lovey-dovey stuff is just weird...

Yeah where is the dark-story-line, the action, the gang of thugs us girls and our guys can watch together!!! OCN pull yourself together, although most of our guys in our lives will just have to watch this with us because we own the show!!!

nothing interesting about the cast, but I love the plot

I'm...conflicted. Yunho isn't known for great acting but for me, Kyung Soojin is the actress that I have never warmed up to. She is pretty and okay at emoting, but there is always something ingenuine about her acting and I was never able to connect with her characters.

I'm not sure if there's any assurance with directing either. Marriage, Not Dating was light, sweet and the storytelling was compelling. Oh Haeyoung Again, coupled with its overblown hype, was a bloated 18 hour music video. Introverted Boss showed some restraint but the glaring flaws in writing and acting couldn't save it.

I'm still in a drama slump and this might not be the one drama to pull me out of it.

"Oh Haeyoung Again, coupled with its overblown hype, was a bloated 18 hour music video."
😂😂😂😂😂! I loved the first few episodes of OHYA, it was fresh (i really hate using this word to describe dramas) and entertaining. However, when the show got an extension it became tiresome. Just Oh Hae-young turned into a simpy, whiny character that blamed all her problems on other people (I still can't understand how she came to the conclusion that Pretty Oh Hae-young ruined her life), and the whole angst in the middle made my eyes glaze over, but I the no the show pulled itself back together towards the end. Also, I was willing to forgive some things because of Eric and Seo Hyun-jin'd chemistry, even though I can't watch anything either one of them does ever again.

To be frank, Oh Haeyoung has always had this whiny, self-victimizing personality and though I expected some growth from her, she just spiraled into a selfish brat who uses violence on innocent people to avoid self-esteem issues. The only character I came to appreciate was the other OHY - I hated her with a passion but upon learning about her, I understood and supported her 100%.

To be fair, as nauseating as the female protagonist is, she's not the only hateful character in that overrated trainwreck. Other characters are terrible people too.

But then again, these are frankly writing issue. Directing isn't bad, but coupled with bad writing and the station's greed for ratings, the end product is a bloated 18 hour music video.

Meloholic is one of my favorite webtoons, hope the drama doesn't disappoint. I love the protagonist's character so much and I hope Yunho gives him justice.

I like the plot. But I don't think I'm going to like the actors. And I love OCN for its thrillers.