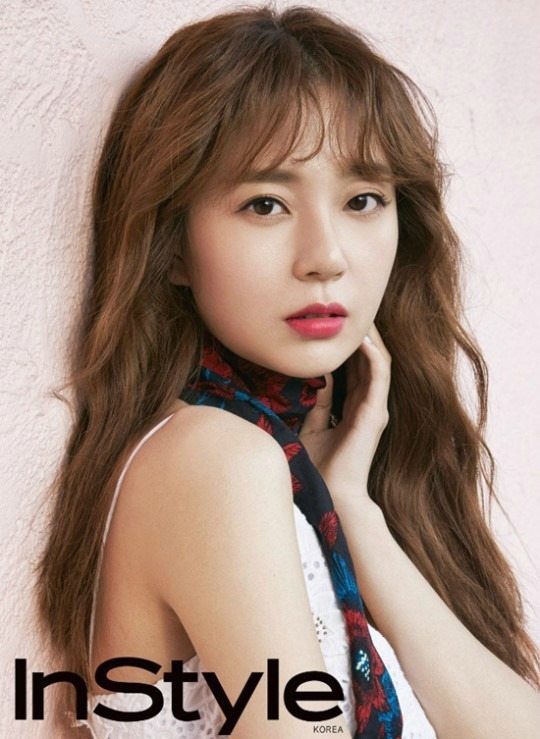 I have such a hard time not picturing circus clowns when I see Jugglers in the news, but the new KBS drama is an office comedy that focuses on secretaries and other support staff who work behind the scenes. The main character is an excellent secretary who meets her greatest challenge in the form of a boss who refuses to accept any help from others. Baek Jin-hee (Missing 9) has been offered the leading role of the secretary, opposite Daniel Choi (Big Man) who is being courted to play the boss.

Daniel Choi’s character is the director of a media company who is completely uninterested in people or developing interpersonal relationships, and believes in doing all of his work himself. It’s sure to drive Baek Jin-hee crazy—she’s up to play a bright and affable secretary who’s amazing at her job and acknowledged by everyone around her as a “tailor-made supporter sent down from the heavens.” She loves to talk and has never lost an argument a day in her life, and she’s quick to adapt and knows how to get by in any situation. She’s also the system operator of Jugglers, an online community of secretaries named for their multi-tasking abilities.

This explains why Kang Hye-jung’s (Lucid Dream) character sounds very similar on paper—there will be many secretaries featured across various fields in the drama. She’ll play a mother who returns to the workforce after 15 years as a full-time housewife, and she’ll be the kind and naive secretary to a sports business director. That director will be played by Lee Won-geun (Mystery Queen), an immature chaebol heir troublemaker who spends his efforts trying to fire 100 secretaries in a year. But at Number 89, he’s met his match who won’t go down without a fight.

I like the idea that the community of secretaries is going to be our group of protagonists, while the bosses will be antagonists of a sort. Obviously there will be some character growth for the bosses and some lovelines to complicate matters, and I’m really hoping we’ll also see some female bosses and male secretaries in the mix too. But it’s a nice change of pace to focus on the people who might not get the glory, but are essential and under-appreciated.

Jugglers will be helmed by PD Kim Jung-hyun (drama special In Search of Argenta) and new writer Jo Yong-hae, and is set to follow Witch’s Court on Mondays and Tuesdays beginning in December.

With more details this now sounds like a drama with potential to be interesting. Hopefully BJH can make a comeback after her previous dramas (which were goddamn awful).

I was confused who is the main lead or who will going to romance whom here but this entire casts are great. I was initially thought Kang Hye-jung is the main female lead and gonna have a romance with Daniel Choi, but now Baek Jin-hee is casting as his secretary. Baek Jin-hee and Lee Won-geun would be cute together, just saying. 😬 Anyway, I don't mind who is the main female lead because Baek Jin-hee's character sounds awesome and I think we gonna love our female leads in this drama, more than the male leads. lol. After we got so many drama with doctors, lawyers, prosecutors and police as the main centre, it's great to see another job here and secretary at that. Hopefully we can see they gossiping about their bosses in their online chat, and one day someone accidentally send it to her boss lol 🙊

Lee Won-geun playing as an immature chaebol son and a troublemaker is a nice change for him andd.. kinda remind me of Protect My Boss. LOL. Just hope Kang Hye-jung's character is not that naive though.

Absolutely. I'm looking forward to Lee Won Geun here. After his sweet smile on Mystery Queen, and his more adult role in Misbehaviour (even though he played a high schooler), I'm hoping to see a different side.

The next one probably he is up to act as a serial killer behind his sweet and innocent smile. LOL. That would be terrifying to watch. 😨😂

hahahaaha EEKS what a thought! I don't know whether to laugh or frown. I don't think they should be doing that to his smile - but I'd pay quite a bit to see it. :D

I'm dying to see the trend of someone sweet and innocent to play a pycho, killer etc. lol 😆😆
It's a pity that these sweet looking actors/actresses have limited choices just to act safe characters because of their looks.

So true! And isn't this limitation only found in dramaland? The same actors go on to be crazy in the films!

Umm, Park Bo gum in IRY. Wasn't a trend but we did get one serial killer with the looks of the 'world's cutest puppy'.

3 gadis | Waiting for the next Playlist 🏥🎶

This drama sounds more interesting with more details revealed. If both Daniel Choi and Baek Jin-hee confirm, it would be hard for me to pass this one up.

Yes Baek Jin Hee!!! Only few months to go..
This year supposed to be my year because all my favorite actor/actresses but I'm just getting busy and couldn't catch them all. Sigh

Love the storyline. Can't wait to watch it

Daniel Choi? OMG, i missed him so much. It feels like has potential to do well.

Daniel Choi? OMG, i missed him so much. It feels like this drama has potential to do well.

She always do the same roles, it's been a while from Empress Ki.

Female lead roles especially for young actressess are limited. It is a bless that she is still getting lead offers in miniseries instead of being downgraded. We can't be too demanding for these drama actresses. She also said she wants to do something like Tanashiri again, but if the offer isn't coming to her, what can she does? To be honest I wish she is casted instead for Jin Se-yeon's role in Grand Prince because she haven't lead any full sageuk yet and I would love to see her in another sageuk again. It's interesting & sad at the same time to see the less talented ones always get the interesting characters but the more talented ones don't have many choices.

Now my interest is piqued. Baek Jin Hee made a really good impression on me in Missing 9. The drama may have gone off the rails but I loved her character Bong Hee. Bright and affable sounds right down her alley!If she does accept the role, I know I'm watching this drama.

Now that more details are given about the premise and the characters, I agree with @girlfriday about it being a nice chance and having a drama/plot about the people who work behind the scenes most of the time and are typically overlooked and under appreciated =) It reminds me of the whole setup that Kim Hye Jin (Hwang Jung Eum's character in "She Was Pretty") came up with as an idea to feature the people who work behind-the-scenes and to push them up to become the mains of a story and to give them the chance to shine in front of everyone

YKS already accepted other SBS drama, the one with Jung Hye-sung.

Ooh no notif that I got a reply. Thank you!

What a shame. I like Baek Jin-Hee, but Daniel Choi exudes this creep vibe for me. Oh well, hopefully this drama will be enjoyed by its viewers.

Yeah! My girl is back <3 I liked Daniel Choi in School 2013 with Jang Nara. Hope him and Jin Hee will make an awesome pair.