[Escapism vs. Realism] Not just an escape, but an answer to reality 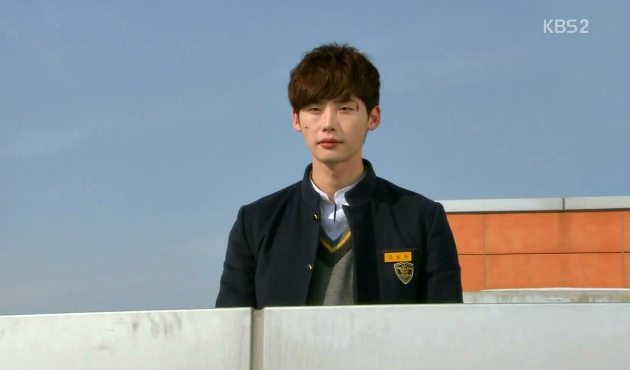 I’ve been watching K-dramas for almost 10 years now, but it took me a few years and many unfinished dramas to realize that my true love was for the dramas that felt painfully close to reality, but always delivered sentiments of hope, through the small victories that relatable characters achieved through the show.

The show doesn’t need to have a happy ending; in fact, if all plots were neatly tied up in a bow, I would probably feel cheated of my time and emotional investment. Real life is never neat, and the problems we face will never be resolved cleanly no matter how hard we try. The fractured relationships, the lingering resentment, the inability to return to how things were in the past—these are parts of reality, and whenever I see these elements appear in dramas, I’m just wowed by scriptwriters who are so honest with their viewers. 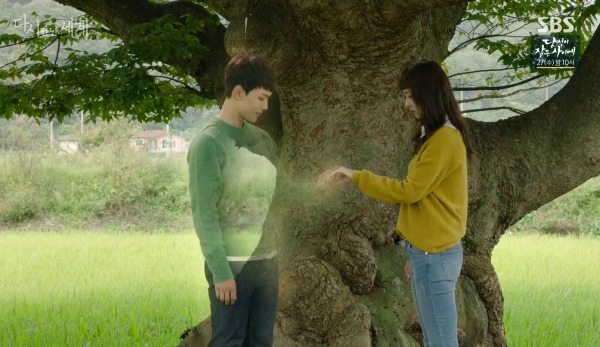 A recent example of a drama like this was Reunited Worlds, which was actually unrealistic and even illogical for the most part (like everyone’s reactions to Hae-sung’s sudden return after being dead for 12 years). But there was one thing the scriptwriter did right—the open-ended relationships and the fact that the heroine didn’t have to be paired with someone romantically to be happy, which added a dose of realism to the show for me despite the fantasy premise.

In real life, each relationship we have with the people around us affects us and our personalities, and in Jung-won’s case, Hae-sung’s love and “first” death affected her so much both emotionally and psychologically that it created a void in her life. This was temporarily filled by him when he returned from the dead, but when he left her again, it made sense that she wouldn’t be able to accept anyone else into that void that quickly, especially since she had spent so many years of her life loving him. Although this meant leaving Jung-won without a traditional happy ending, it was a realistic one for her character and further highlighted the writer’s message about the impact our relationships have on us, a message which was brought out throughout the drama. 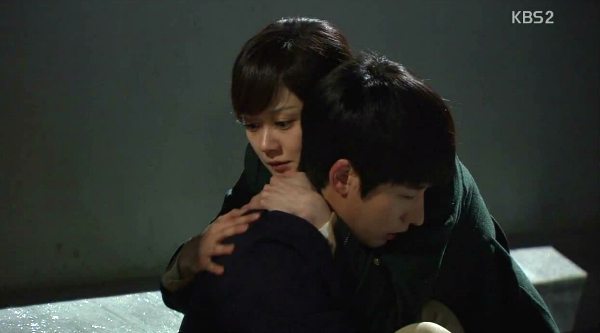 Sometimes the downside of realistic K-dramas is that they can be way too similar to our everyday lives, and sometimes the last thing I want to do after a bad day of school is to sit at my computer and watch an episode of someone suffering through a tough day of work. This is where well-written fantasy dramas like While You Were Sleeping can swoop in to save the day, but there are times when realistic dramas can help as well. They can become reasons to have a good cry or they can help you realize that there is hope in this world, no matter how dim it seems to be. Watching characters who struggle through the same problems as you can encourage you and make you believe that you can overcome them too. I’m currently a student facing major exams in a few months, and when the going gets tough, School 2013 constantly pops into my mind.

In particular, I’m always reminded of Min-ki, the class president who’s always pressured by his overbearing mother, to the point where he even considers committing suicide. It’s not such a far stretch of reality for me, since I’ve encountered two or three such incidents in the past two years and sometimes I think I can understand the mentality. The fear of not meeting expectations, the despair at not improving despite pouring more effort into studying—these things are toxic to our mental well-being, but unfortunately they exist around us every day.

The way it was tackled in the drama, however, reminded me that these negative emotions and thoughts could be overcome with friendship and love. That there’s a glimmer of hope for those treading on this dark and lonely path… that it doesn’t need to be that lonely. Another thing this drama and many others have taught me was that there are many people around us who seem fine and happy, but in truth, we are all struggling with our own demons. Before it gets too late we should learn to love and care more for others, and who knows, we might become a timely angel for someone the way Teacher In-jae was for Min-ki. 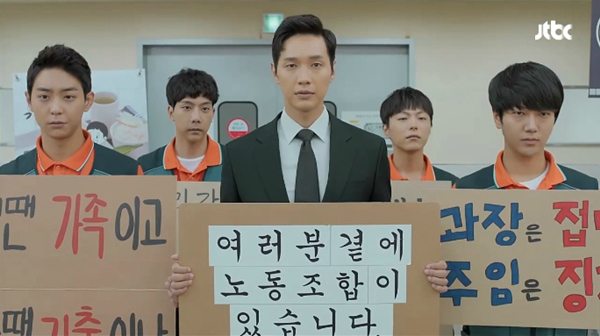 Perhaps my appreciation for realistic K-dramas stems from the way I generally don’t like escaping from reality. If I have to face life, I have to do it anyway, so what’s the point of facing it two hours later after immersing myself in a fantasy world first? Better to get it over and done with, I always say. More than that, however, I see dramas as a very effective way for certain messages to come across, especially with the increasingly international audience for K-dramas and the massive influence dramas have on their viewers.

If they are written with a clear purpose and message, realistic dramas not only give us hope that we’ll rise above our situations, but they can also give us the courage to take action and change our situations (like regular people standing up for their rights and fighting the system in Awl). And for that reason, I hope that more and more realistic dramas will be produced, especially given the unrest our world is in today. There is still much that can be learned from K-dramaland!

A well-written dose of realism. I’ve not seen any of the dramas you’ve mentioned, and I teeter back and forth between watching more realistic dramas vs fantasies. However, the first three dramas I watched were all set in real life—no death defying immortals, time-traveling heroes, or flying heroines. And I must admit that the everyday normalcy holds a certain charm over me. Sometimes just watching someone else’s life brings more clarity to your own. Thank you for an excellent read.

Thanks @witheachnewmorning. Although I do not watch the truly realistic shows much, like Awl, I accept quite happily the show-endings that are not all pat, happy or neat.

I'm an in-betweener... I like some fantasy and some reality, for things to take me out of the humdrum-doldrums and yet which make sense and could happen in real life. So endings that are realistic are fine too.

I recall there big hue and cry over 49 Days' ending, and that I was fine about it. I thought it was the right kind of ending for that show. So too Strongest Deliveryman where there is only a hint that things get better for the male lead with his mum, but the female lead's antagonistic relationship with her family is not addressed.

Even the sad, brief happiness of Ji Eun Tak in Goblin followed by decades of waiting, makes sense, because her being alive had been an aberration in the normal course of things.

I'm glad to have read you!

oh my thank you so much for publishing this 💕 I rly loved this theme and reading what others had to write abt it too!

It's fun and uplifting being published isn't it? I love that too!!

haha yes! I've read your contributions too and I've loved them :)

thank you for featuring Awl, it not only featured realism, but also with a healthy dose of heroism from the lead. I was pumping my fist for him till the last episode, he was a great character. Actually AWL is populated by realistic characters, showing bravery in the midst of misery & strife. The story of Ahn Nae Sang's character alone is worth a 4-episode drama...

here's to more realism in the kdramaworld, cheers!