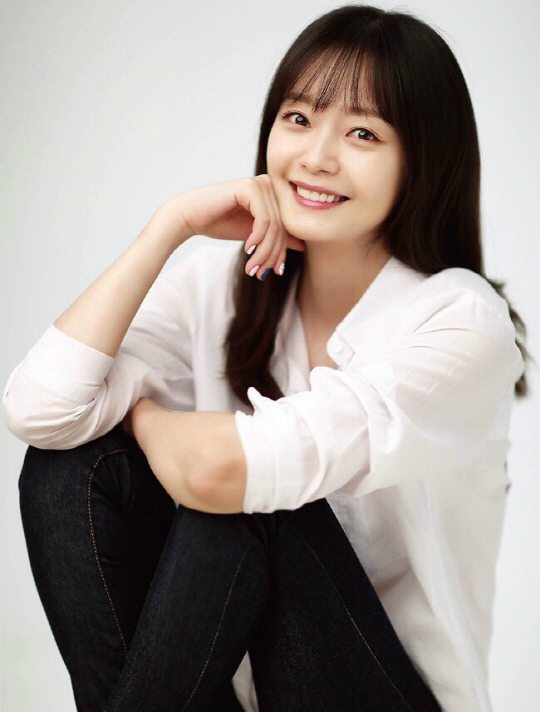 I could see this pairing, though I’m not sure this is the kind of drama that’ll have time for romance: Jeon So-min (1% of Anything) is considering an offer to star opposite Go Kyung-pyo (Strongest Deliveryman) in tvN’s new medical revenge drama Cross: God’s Gift, about a man who becomes a doctor so that he can go work at the prison where his father’s killer is serving his sentence. Well that’s different.

The drama will be helmed by new writer Choi Min-seok, and PD Shin Yong-hwi of the awesome OCN time-slip mystery Tunnel (man I loved that show), so I’m hoping for another sharp, addictive thriller. Go Kyung-pyo is up to play the leading character, a man whose father was brutally killed 13 years ago. He suffered an accident at the time that enhanced his left brain capacity and made it possible for him to graduate at the top of his class in medical school, where he learns how to save lives and also how to kill people. He chose to become a doctor in order to exact revenge on his father’s murderer, and the drama is about what happens as he goes to work at the prison where the killer is an inmate.

Jeon So-min has been offered the role of the organ transplant coordinator at the hospital where Go Kyung-pyo’s character starts out as a first-year resident. Jo Jae-hyun (Solomon’s Perjury) will play the chief of the organ transplant department, and Jeon So-min’s character is his daughter. She’s described as a rule-follower, which I can’t imagine will go over well opposite a man who became a doctor to kill a killer.

It’s certainly a cool premise, though I’m just going to suggest that becoming a prison guard would have taken less schooling and debt… but what do I know about an intricate revenge plan 13 years in the making? My left brain only functions at normal capacity.

Cross: God’s Gift will follow Monday-Tuesday drama Rude Miss Young-ae 16 (which comes after Because This Life Is Our First) in early 2018.

Via E Daily, IS Plus

Hahhahah i couldn’t stop laughing . Yeah why making so much effort only to get in the prison ???!?! He could easily just kill someone or do something illegal . Why the f*ck bothering becoming a doctor ?!?!

Well, being a doctor should pay better after he gets his revenge. An enhanced left brain should be able to figure that out.

LOL drama synopsis are usually misleading about the actual plot of the drama anyways...

WIth that nifty left brain of his, I presume he'd be so good at doctoring, he'll figure out a way to subtly kill the killer (some untraceable drug or procedure perhaps?) while covering his tracks. Maybe he thought there's not a lot of ways to do that as a guard. 😂

Wow, what an accident to suffer, LOL. What wouldn't students all over the world give for this (minus the brutal killing of course).

Did he get a jelly bean tumour? 😂

So happy for her! Wanted her to get more leading roles after 1%. Hope she has sizzling chemistry with GKP even if there's no romance.

Lol what a coincidence! I’m currently watching 1% of anything and Tunnel =P

"He suffered an accident at the time that enhanced his left brain capacity and made it possible for him to graduate at the top of his class in medical school...."

I would just focus on researching how my accident greatly enhances one's ability to learn and become filthy rich by trademarking the surgical technique. In our capitalist society, that would be the best revenge. If you really want to kill your father's murderer in prison, just use part of that stinking pile of money to get the warden to kill the man for you.

I'll try watching and will probably enjoy it but when I hit the line "enhanced his left brain capacity" I simultaneously yelled Oh My God and rolled my eyes so hard it almost hurt. Not a good sign. It must be to due my current drama mood, I've accepted far stranger things without a blink.

Ha. I wrote my comments before reading the others. I see I'm not alone. But Go kyung pyo seems to be pretty good at picking dramas. I'll have to see how it pans out.

but what do I know about an intricate revenge plan 13 years in the making? My left brain only functions at normal capacity. --- making me lol so hard in the middle of the night @girlfriday.

Better for us normal humans whose left brains have not been enhanced to just suspend our disbelief and be entertained by the show instead XD.

The part of the title that worries me is the "God's Gift". I hope no events in this show stretch out over 14 days.
Yes, "Cross" is likely to mean "forgiveness and redemption", but they might also tease us with a little double-cross -- for which we might have to forgive them.

I hope they don't end in a stupid way like that.

I've not seen Jeon Somin in anything but I loved her on Running Man! Glad that she's getting lead roles on prime-time channels now.

I was seriously wondering why she was only getting cameos and no other lead roles. Finally, she's back...hopefully.

I hope she signs up and finally we can see Jeon So-min back in dramaland.
She is so watchable. The other two actors are great as well.
Hopefully all will say yes!

Running Man really does miracles to their members' careers. I mean, both Song Ji-hyo and Jeon So-min became mini-series leads. Then again, I'm happy because JSM is at least a more-than-decent actress, whereas SJH...

Kdrama plots are getting weirder this days!
Haizztt...when am i going to end my drama slump if this continues...

Well, I do not know how things work in Korea, but I discussed it with my colleague recently, her husband is a prison guard, and apparently there is no chance for a guard and an inmate with the slightest connection to be at the same prison. I guess it's more logical for them to overlook it with a doctor - probably not very lucrative job for them, so they probably take, what they can get, without investigating too much. But that's me looking really hard for an explanation.