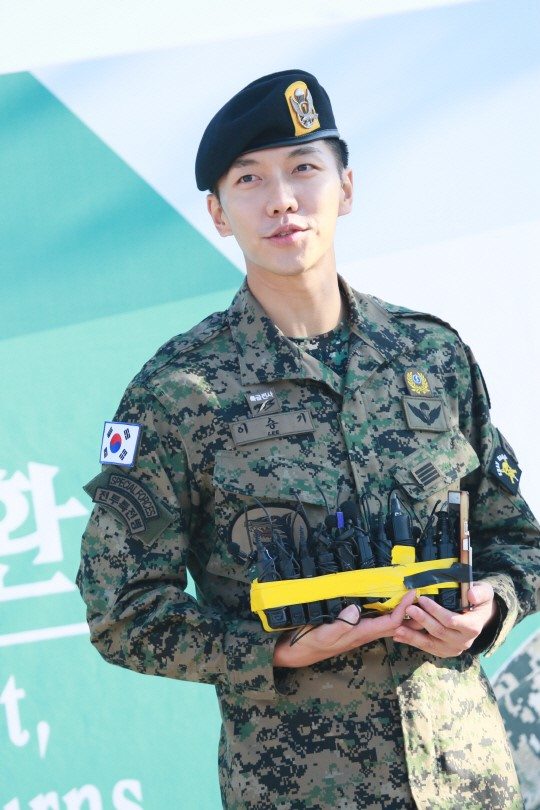 Puppy’s baaacckkkk!! And we won’t have to wait long to see Lee Seung-gi grace our screens once again, yay! He’s left the army for all of a day (he was discharged on October 31), and according to reports, he’s raring to get back to work. Which is great news for those of us who’ve been awaiting his return eagerly. I mean, some of us have been counting.

First up in the pipeline, of course, is tvN’s upcoming fantasy rom-com Hwayugi. Reports are saying he’s pretty much confirmed, and that the rest of the cast who have already signed on are operating under the assumption that he has all but officially joined the project. Hwayugi marks one of several reunions for Lee Seung-gi: His You’re All Surrounded costar Cha Seung-won is up to play the Bull Demon King, and he’s worked with the Hong sisters before, in My Girlfriend Is a Gumiho. Lee Seung-gi’s role in Hwayugi is Sun Wukong, the mischievous Monkey King who butts heads with Oh Yeon-seo (My Sassy Girl), the monk who holds the key to his locked powers.

There’s also a chance that we may get to see Lee Seung-gi even before Hwayugi premieres in December, on the big screen in the sageuk rom-com Compatibility, which also stars Shim Eun-kyung (The Mayor) and Yeon Woo-jin (Seven Day Queen). Filming for Compatibility wrapped up before Lee Seung-gi enlisted, so it’s kind of amazing that it’s only just coming out now that he’s been discharged.

I’m also eager to see Lee Seung-gi back in variety, as a long-time collaborator (or slave) of Na PD. It would be so awesome to see him reunite with his 1 Night 2 Days hyungs in a new season of New Journey to the West, which would also tie in nicely with his new drama. Though it might be strange to see him not be the youngest of the group with Mino as a cast member.

It’s just really nice to have him back, especially since this is a particularly hard year for enlisting leading men. And also, eager to take on work so quickly after his return: Lee Seung-gi told reporters that he has so much energy and will do so many projects that his fans will have a hard time keeping up with him. You’ve all been warned! 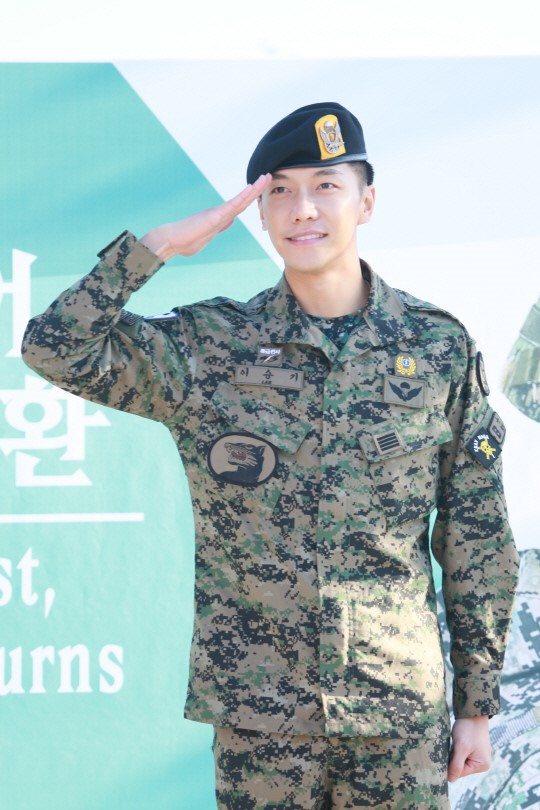 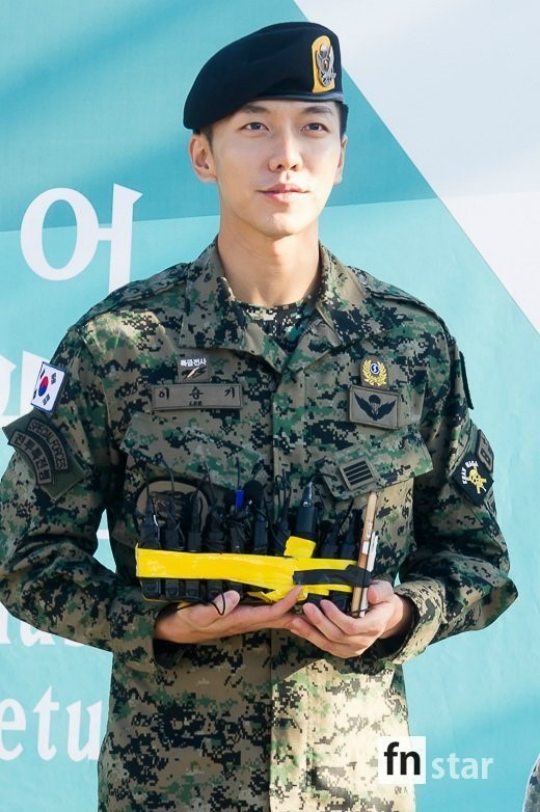 YES! This year really is tough when it comes to enlistment (is the 87 the best or the worst?), so we need all the leading men we need and Lee Seung-gi is the leading man of the best kind. So happy he's finally back!

I'm always up for NJTTW5 😀😀😀
But hasn't the cast dumbed down even more since he was last there 😂😂😂😂. I fear he might end up being too smart for our lovely idiots 😂😂😉😉😉

"But hasn't the cast dumbed down even more since he was last there"?
Hahaha! Regrettably so. There was once when they wished Seunggi was around.

Jaja yes it has dumbed down even more since Kyuhyun has left for the army and Mino is another choding like jiwon though less crazy. Ahn jae hyun is also a nut and he is rather crafty and sneaky jajaja so Seunggi might have some trouble dealing with dumb and dumber group and the two nuts jajaj

Patiently waited 630 days, naw *impatiently* tapping my fingers to the day that his next appearance back on my screen happens

He said fans will be sick of him, okay Seung Gi, how about you remember you're a singer as well and bless us with an album/mini + concert. His voice is too good to be kept away from us.

That said, I'm so excited for puppy's return. ♥♥

LEe Seung Gi is back!!! can't wait. He is so cute even after the army. there's some cleebrity that looks different after their discharge but he didn't changed at all :D

He looks more matured and hotter now ❤He was a puppy and still a puppy, maybe he is now at the sunbaenim level in the residence of puppy.

I feel like he's the only K-celeb who I honestly felt like was in the army for way longer than he was. Everytime I see a comment online my sentiments were the same, it feels like he's been away since forever. Welcome back Seung-gi, here's to hoping his drama with the Hong Sisters will be a good one.

Is it just me or does he look better than the day he entered the army? I have just compared the photos...

And he is BACK!!!!
Still,read that he won't join the next season of NJTTW,hope it was just a rumor :(

Army life looks good on him!!! he looks way cuter than before or is it just me.

Yes please work all you want cuz we are NOT gonna be tired ok. Also and I KNOW this is gonna happen, I can't wait to see him on Knowing Brothers, and if he decides to do NJTTW again, it's gonna be so different. Can't wait!

Welcome back my Seunggi baby. The Oppa of all Oppas. My one true love (followed by 67 more Oppas) ❤️❤️❤️

Oh gods....
I've check all his news all the time.
Everytime i saw his name, smile show in my eyes..
Thank you for coming back
Love u

Yesss!!! Oppa is back! This isn't a dream right? If it so, I don't ever want to wake up. I always believe he's too good to be true. Someone that I could only admire from afar. Seeing him in variety shows makes me feels more closer to him. Of course, I also love him as singer and an actor too. Whatever projects he gonna come up with, I'm ready now. 😁😁😁

Newbie here. Is he all that?

Haha newbie indeed. He is and more.😁

Not in a he is the most handsome or the best actor or such. He is just incredibly sweet and good-natured, and multi-talented. Recognize a fan? 😁

He is well-loved by Koreans and also international fans, as an actor, a singer and an entertainer - he is a multi talented. He is charming and has a very pleasant personality as well. He is also a good actor although personally him alone not always made me excited to watch his drama. His smile also can melt anyone's heart. In short, even he is not very active as an actor, he can still continue to be a singer and active in variety shows.

He is indeed quite charming. And I've been into K-ent for all of a year. Relative newbie as well, but one can't miss Lee Seung Gi.

Watch My Girlfriend is a Gumiho with Shin Mina and King2Hearts with Ha Ji Won. Get ready to be charmed <3

i'd say these two are a MUST WATCH -- you can skip the others, tho they aren't terrible...

he's just SO SWOONWORTHY in gumiho and K2H...
*sighs*

King 2 Hearts is on my watchlist. Just haven’t gotten to it yet.

yess it's weird cause he's not super attractive but then I watched My Girlfriend is a Gumiho and dude has charisma by the boatloads...he's just instantly likable and well now I have to watch more of his dramas

If you like k-variety, he is a member in 1 Night 2 Days season 1. the episodes are available in KBSWorld YouTube channel, though it may be restricted by region. His popularity increased through this show. In this show, I like how he is always at ease to mingle with the local people, to hug the grandmas, granddads, aunties, uncles and kids.

Aside from the dramas, if you could (and want to), make sure to check out variety shows he's in ^^

That's where his personality shines through which is really what I think makes him stand out much more in addition to the acting. I have friends who don't find him attractive at all even after watching his dramas (and would tease me by calling him names) but I was like "sit through Season 1 of 1 Night 2 Days and tell me he won't become handsome in your eyes" 😍 lol

I'm kinda sad that girlfriday isn't the one who wrote his article or maybe it's intentional because all she'll write anyway is "AHHHHHHH HE IS BACK" because she can't contain her excitement..
Anyway! Welcome Back Seunggi Oppa!

Though he looks so manly. 😍

PUPPPPPYYYYYYYYYY!!!!
Gaaahhh I'm so happy he's back. I was counting down the days ever since he left! I can't wait to see him in dramas, movies, variety and singing again! The triple threat king has returned!

I’m happy he is back and hope he chooses great project! but I can’t help but think of Kim Joo Hyuk, his 1N2D junior and acting sunbae. What a bittersweet week it has been so far. I’m quite surprised there isn’t a post on DB about Kim Joo Hyuk but I guess other websites are already commenting on him.

I'm also very surprised that there hasn't been a post on DB about Kim Joo Hyuk yet. I'm happy Lee Seung Gi is back, too, but it's a bit off to cover his release from army and not the passing of a respected veteran actor.

Same here tho not that surprised since I very rarely read any kind of news about actors passing here in DB.

Maybe DB will surprise us with a well-written obituary later on.

May your soul find peace

OMG, I'm shocked! When you said veteran actor, I was expecting to see one of the elder actors. Kim Joo Hyuk, you will be much missed.

Yea, this is a horrible way to pass regardless of age, but he was so young (and apparently on the way to marrying his girlfriend) it makes it even more tragic.

off-topic, but I'm very surprised that there is still no news article about the dead of Kim Joo-hyuk. I think most people already know, it was even on the head pages of international websites, but that there is on a Korean drama website nothing mentioned is really strange...

I know DB is never a site to post gossip. The only news they cover is casting afaik. But then there is an article on an actor's discharge from an army...

I have followed DB for about 5 years now. DB does post selective news on actor's going to or discharge from the army http://www.dramabeans.com/tag/army-duty/

My first k-drama bias is back!! Welcome back Lee Seunggi!!! My Girlfriend is a Gumiho will always be a fave because of LSG.

For me, his entering and exiting the Army happened in the blink of an eye! I was surprised when I saw the news - and when I texted my friend about it, her response was "Already??" Not sure why that is - but either way, I'm glad he's back and I'm looking forward to his new drama!

It been 3-4 days now and I see quite a number of articles about Lee Seung Gi most likely being in this show. However it hasn't been confirmed yet, even though they started filming yesterday. Until he makes a statement or his agency, I sit back only with my fingers crossed.