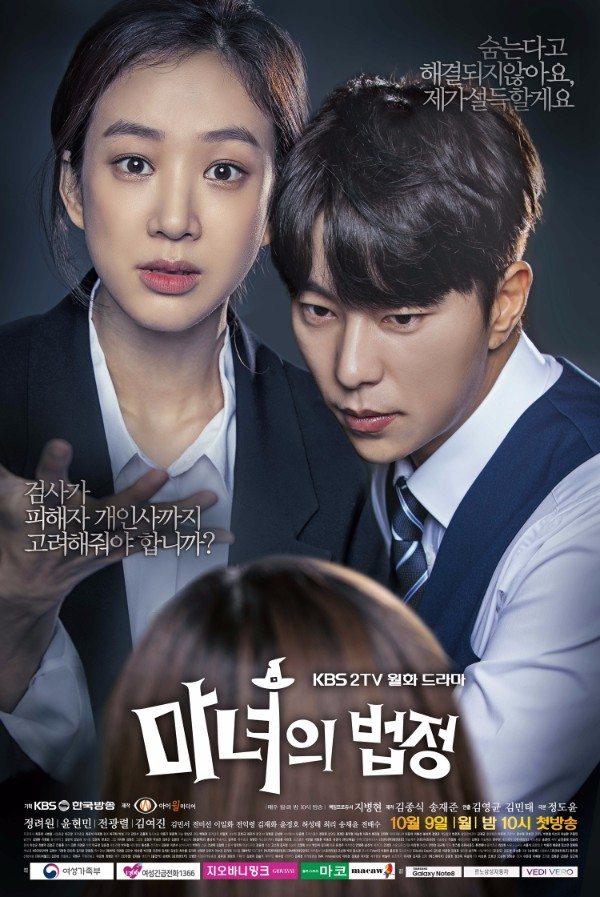 A new teaser and more posters have been released for upcoming KBS drama Witch’s Court, showing the shaky beginnings of the partnership between Jung Ryeo-won (Bubblegum) and Yoon Hyun-min (Tunnel). They respectively star as a career-driven ace prosecutor and a rookie doctor-turned-prosecutor, who work together to investigate female pedophilia rape cases.

In the poster above, Yoon Hyun-min leans in toward a victim telling her gently, “Hiding doesn’t solve anything, I’ll persuade them.” Whereas, Jung Ryeo-won’s attitude is completely different—she says, “Must a prosecutor consider every victim’s personal life?”

According to the plot synopsis, everything began twenty years ago, and in the teaser, someone calls in to make a report. We come to the present, where decorated officer-turned-politician Jeon Gwang-ryul (You’re Too Much) asks whether they found the girl, and in the elevator, Jung Ryeo-won’s mother Lee Il-hwa’s (Man Who Sets the Table) eyes grow wide. A girl puts up posters, while promising herself that if her mother really ran away, she’d become a success so that her mother would have to return.

The scene changes to seven-year senior prosecutor Jung Ryeo-won as she presents case details in front of a group of reporters. She meets Yoon Hyun-min for the first time in an elevator, where she mutters under her breath that he’s a pervert. Their next meetings are similarly not so pleasant: He accuses her of witnessing a sexual assault, which she denies, and he claims to have the evidence.

In another ill-fated coincidence, they meet at a local real estate office. Yoon Hyun-min already seems to have an in with the realtor, while Jung Ryeo-won rolls her eyes until she hears the exorbitant price of housing. (Oooh, I hope we see some cohabitation hijinks!) She slams him into a wall, and by the end of the teaser, he tries to start over on good footing with her, but she leaves him, hand left unshaken, telling him that she hopes she never sees him again. 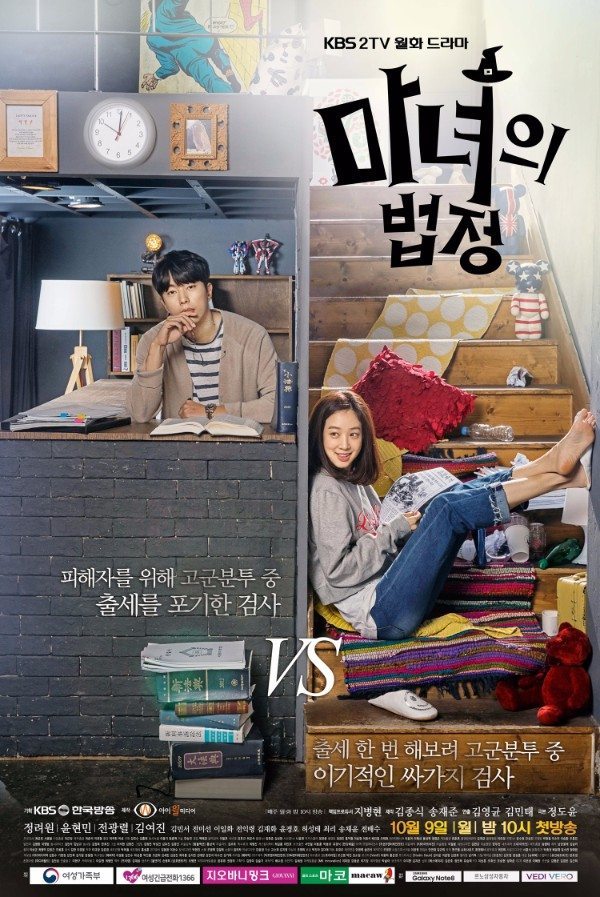 Well, the posters look much bubblier in tone compared to the tone of the teaser, which gave us a small look into the corruption to be explored in the drama. Jeon Gwang-ryul’s character seems to be pure evil—he’s supposed to be a reputable man who was originally an investigator in national security and became the acting director of a law firm, but his past contains many dirty secrets. They’ve all been buried by Kim Min-seo’s (I’m Sorry Kang Nam-goo) character, who is the brain of the law firm and helps Jeon Gwang-ryul preserve his pristine political image. Meanwhile, Kim Yeo-jin (Man to Man) plays the head of the female pedophilia investigations department, an icon of justice and morality.

Especially because South Korea is one of the worst countries in terms of gender inequality, I’m glad that Witch’s Court will shed light on the topic of rape with a focus on the victims. I just hope that the producers will treat it sensitively so that the drama sparks much-needed public discussion. 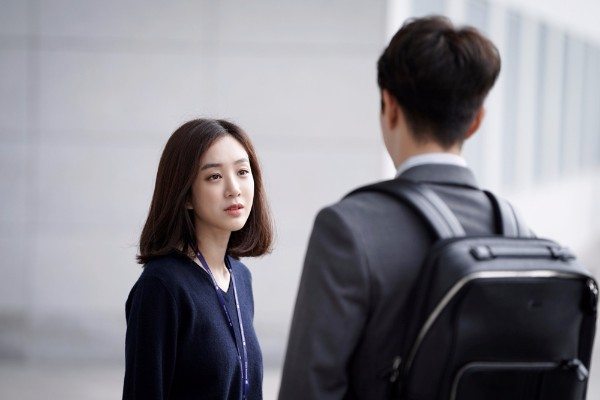 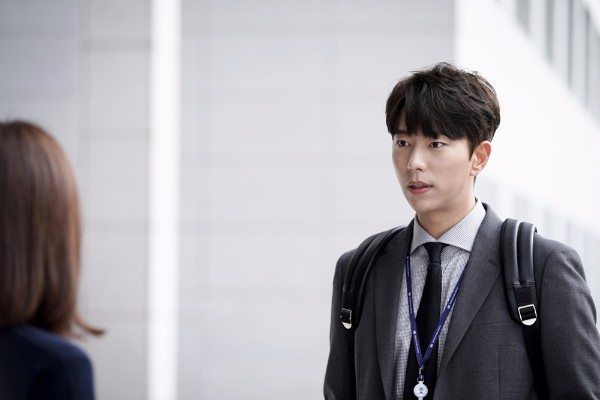 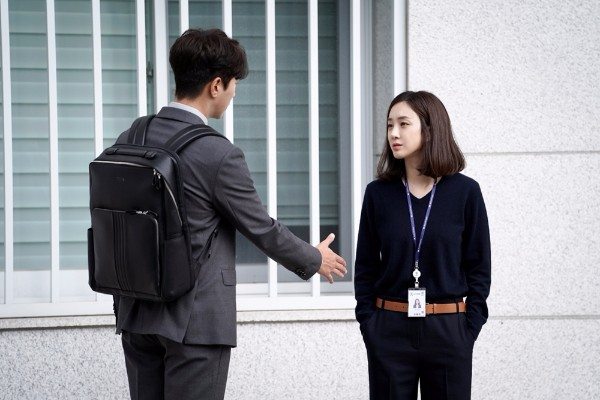 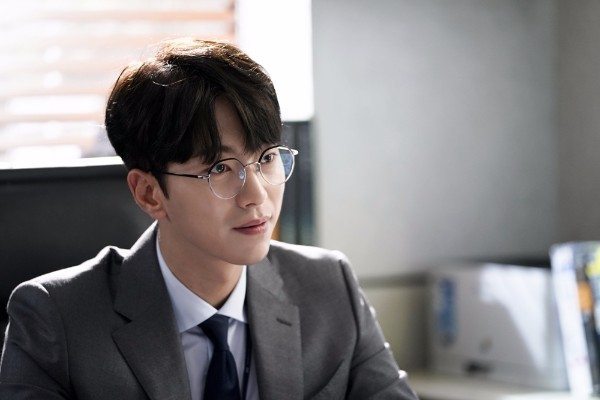 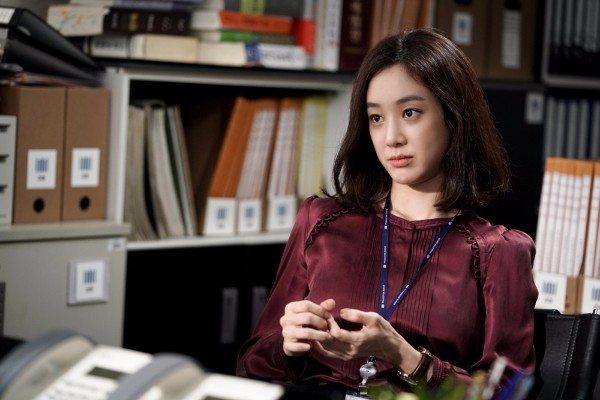 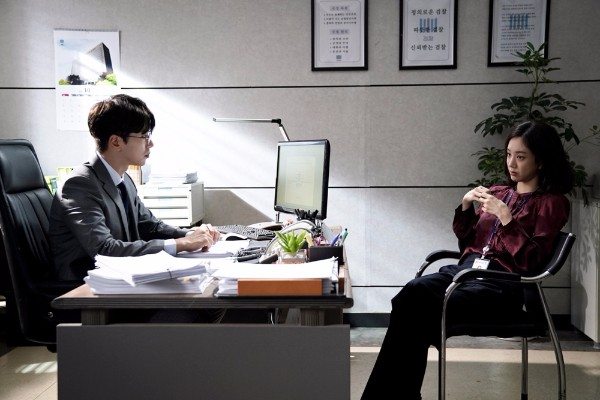 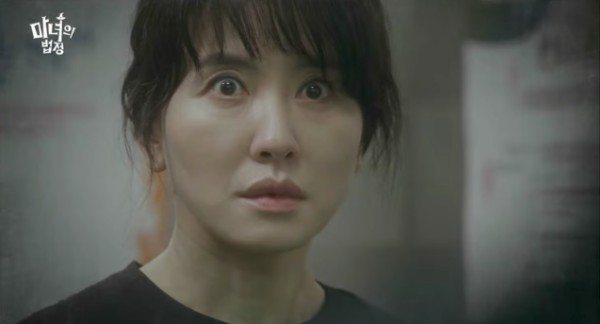 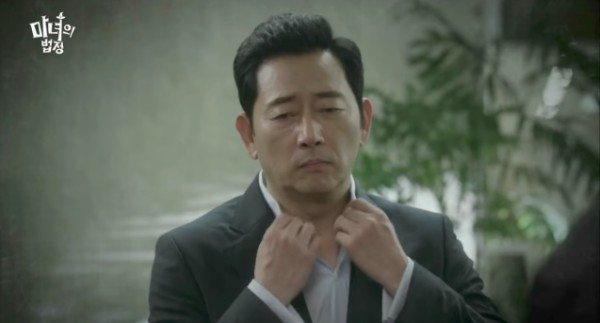 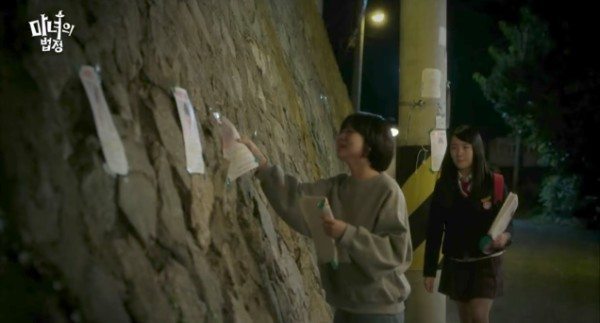 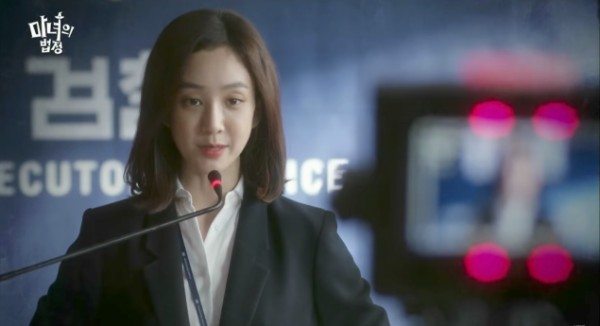 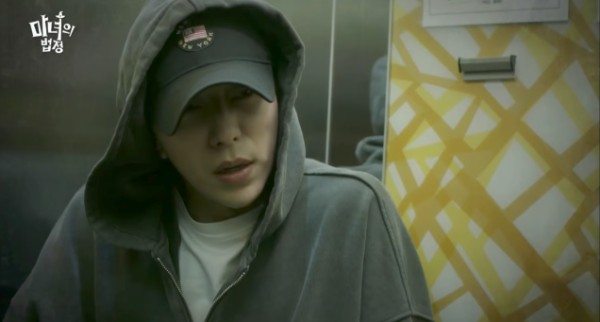 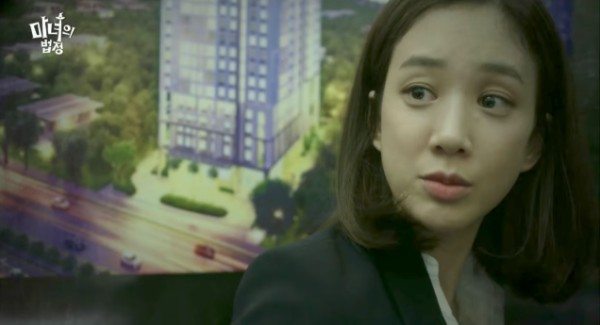 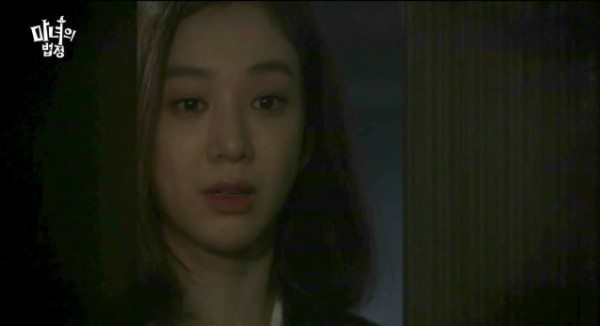 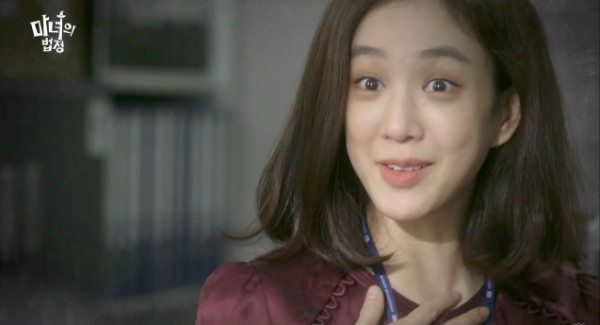 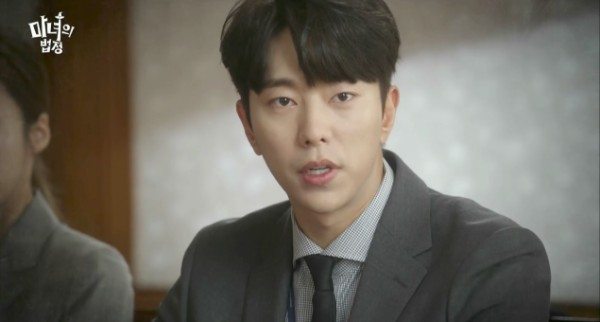 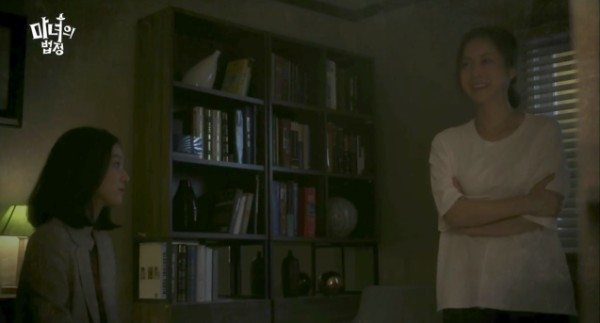 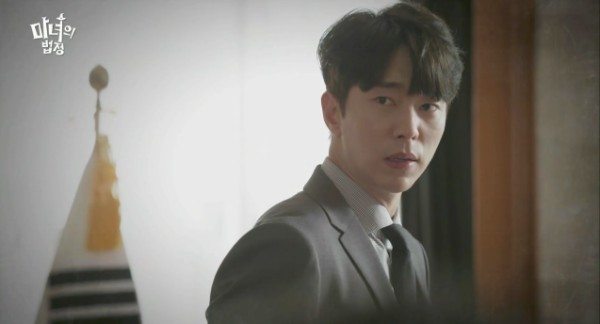 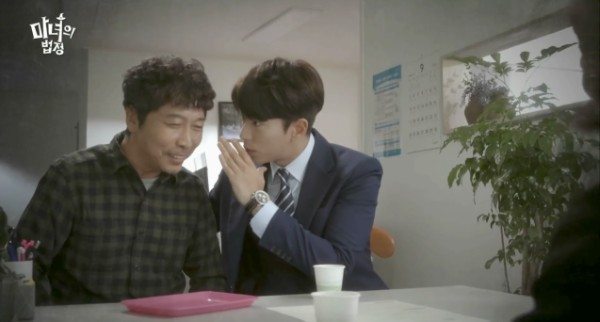 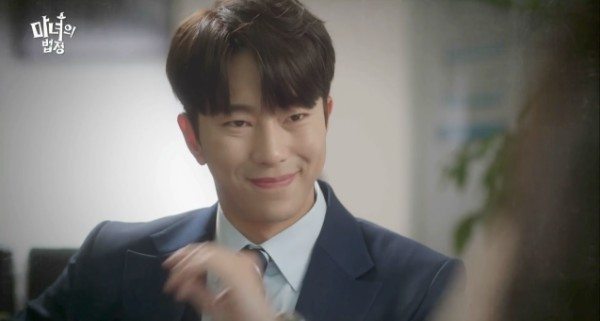 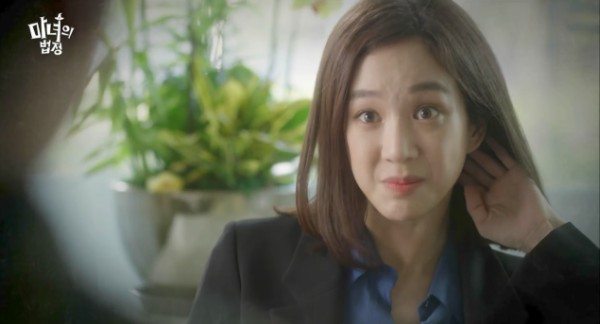 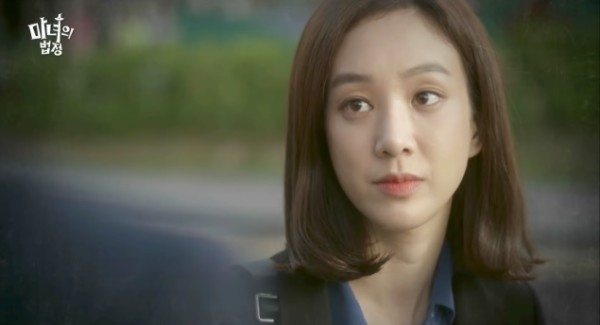 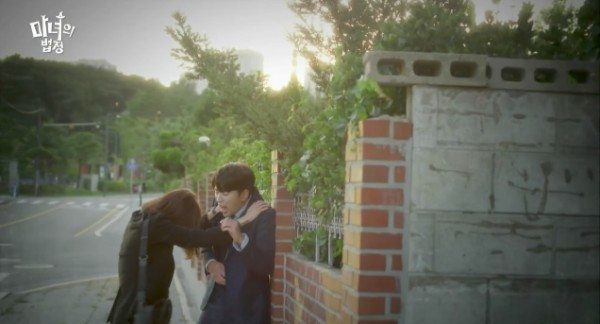 Yes let's also hope there's no victim shaming in the drama though that's probably something that's gonna happen anyways. Hopefully, the writers/directors/ producers/ actors know how sensitive of an issue this is and come together to showcase it realistically.

This topic is indeed very very sensitive and yet if u want to show it realistically more than sure with sadness it will happen,i think it would be more important to show people that this exact behaviour is wrong(because there are yet way too many people who don't consider it a wrongdoing) and try to change their mentality as indivitual and society take on this sad and sensitive issue...

Oh, the cohabitation idea reminds me of that one Gummy MV Jung Ryeo-won was in with Kim Hyun-joong. That was a good song and cute MV. Perfect way for two opposites to warm up to each other, learn from each other, and work towards the same goals.

This looks soo good and yet sooo dark...

I agree that the pictures really give me a scary vibe. The leads look somewhat scary too though I can't seem to explain how.. perhaps because of the female lead's eyes? hmmm

i don't like the guy, he cheated on my lovely somin, disgusting guy.

I hope they do a good job with the heroines backstory cuz it could be really hard to warm to someone who seemly doesn't care against violent crimes against children...

Jung Ryeo-won looks so lovely although I can't say the same will apply to her character as well. I hope this drama will be able to balance between dark and some humours. I prefer to see it goes all dark, but this is not cable. Putting Jeon Gwang-ryul & Kim Min-seo as the antagonists is a perfect choice too. I'm all excited for this drama, hope it turns out well!

Excited about this drama. The leads look so good!