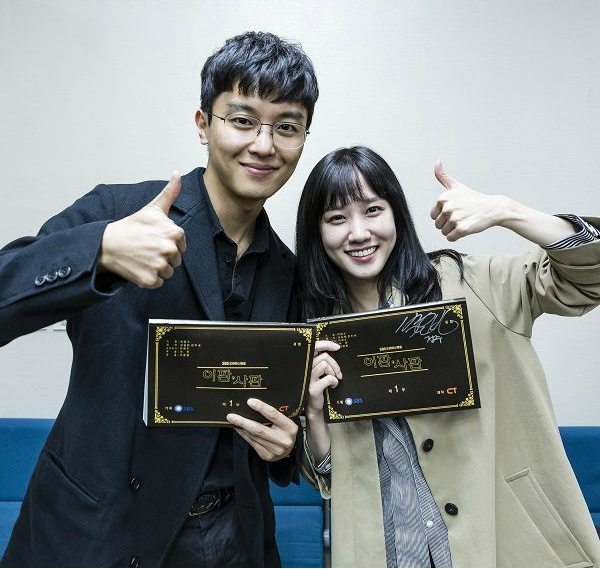 Man, is Yeon Woo-jin having a busy year or what? Upcoming courtroom drama Nothing to Lose will be his third show just this year, including Introverted Boss and Seven Day Queen (♥), and he was also in film The Table, which was released in August, and has Compatibility’s release in the pipeline. Not that I’m complaining, because more Yeon Woo-jin is always a good thing in my book, and with Park Eun-bin (Age of Youth 2) confirmed as his leading lady, my expectations for Nothing to Lose are quite high. I mean, even just their two-shot at the script read is adorable.

Though most legal dramas in dramaland tend to focus on prosecutors, defendants, and defense attorneys, it’ll be interesting to see whether shifting the perspective will give Nothing to Lose a different feel. Both the leads play judges who work in the same district, but are polar opposites in terms of personalities. Park Eun-bin is somewhat of a loose cannon, prone to throwing out swear words and working herself up into a temper, while Yeon Woo-jin’s judge is the level-headed, impartial type. They both get swept up in something bigger than themselves as Park Eun-bin unwittingly picks a fight with some powerful baddies who have framed her brother for a murder he didn’t commit, and then has him murdered.

There’s a mini-Suspicious Partner reunion going on for the new legal drama, with Dongha and Lee Deok-hwa both signed onto the supporting cast to play a father-son pair. Dongha is a hardworking prosecutor who doggedly pursues defendants, while Lee Deok-hwa will play a politician. Lee Deok-hwa’s character is described as a villain role, but we don’t know whether his prosecutor son will also have not-so-noble tendencies. I find it kind of funny how the two actors have switched sides from one legal drama to the next.

Other cast members spotted at the script reading include BESTie’s Haeryung (Star of the Universe), Choi Jung-woo (Legend of the Blue Sea), Woo Hyun (Defendant), and Lee Moon-shik (Wanted). It’s a pretty solid cast, so I’ll be eager to see them inhabit this dramaverse as legal eagles.

Nothing to Lose will follow While You Were Sleeping in SBS’s Wednesday-Thursday slot, and premiere on November 22. 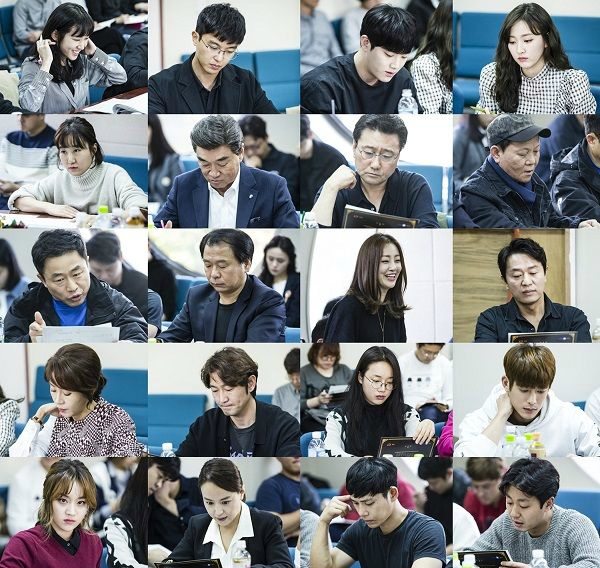 OMG.. Mad respect for DongHa 😁
He did not accept lead in I'm not a Robot, and instead went back to secondary roles with this.
Only a strong character could do this to give himself opportunity to grow.
DongHa, I'm your forever fangirl 😇😇😇😇

Oppa Yeon Woo Jin has my heart...I've watched his two dramas this year and can't wait to see him again in 2017!

My dream cast with Park Eun-bin, Yeo Woo-jin, and Dongha deserves the kind of legal drama that the writing is on par withForest of Secrets and hopefully not so much Suspicoous Partner. Logic fails and plot holes are so much more difficult to tolerate in legal dramas (rather than rom-coms) when motivations, actions and reactions suppose to make sense.

Our wishes will be fulfilled...

The oracle has spoken! 😉

Umm what's up with this dream cast? So basically you're saying I HAVE to watch this drama... And @kimbapnoona haha I wish we could get another drama like Forest of Secrets. That show is utter perfection and I don't know if I'll find another one like it again...

Haha we Kdrama addicts are eternal hopeless optimists, always hoping that the anticipated drama will be the next Forest of Secrets, Seven Day Queen, or Age of Youth (without one epilogue or two😆)!

We will just HAVE to suffer through the dream cast together at least for the first couple episodes, @bambi!

Yeon Woo-jin oppa looks good in glasses -hopefully I can watch your third drama happily and not dropping it, not when you leading lady is my fav girl Park Eun-bin. ❤

Casts are solid, but my worry is more on the drama itself. Hopefully this one will be something decent at least.This sounds like it would be like Suspicious Partner. Like @kimbapnoona said, Logic fails and plot holes are so much more difficult to tolerate in legal dramas (rather than rom-coms) when motivations, actions and reactions suppose to make sense.

They look soooo good together! Hopefully the PD will make the drama look beautiful and the writing will give us some cute moments between these two similar to what we get from a legal drama like Witch’s Court.

Whenever the casts are this good, we really need to cross our fingers and hope the production team will not become loose with their writing and editing. I've had too much disappointments already :((( Really hope this one will be goooooood

Sooo this is going to be somewhat judge's version of witch's court, no?

Man, is Yeon Woo-jin having a busy year or what?
I don't mind. He can be on my screen all year long :D

How to resist when we're talking about Yeon Woo-jin? And a bonus of Park Eun-bin and solid cast. I'm in!

Wow PLEASE give us solid solid writing and this drama could be a dark horse. The lineup of Yeon Woo-jin , Park Eun-bin , Dongha and Lee Deok-hwa makes me so excited and also almost guarantees pleasing acting performance.

Yay, Yeon Woo-jin is back!!! Seems like ages since Seven Day Queen ended, I missed him. We are being deprived of more and more 87/88 liners, so familiar and top-class leading actor is more than welcome. I like the pairing too, they seem cute together.
Last, but DEFINITELY not the least, Dongha. Such a talented guy, and it was such a good year for him too. I'm very, very excited to see him again after his amazing performance in Suspicious Partner. This guy will rock our world as a lead one day, mark my words.

Pretty amazing the impact AoY had/has on PEB's career. Mind you, this is a female-centric, primetime miniseries on a public broadcast channel. She probably has top billing over YWJ judging by the pictures. Not that YWJ headlines his own shows often, but still it is pretty impressive for a 92-er.

It's a pity that the premise sounds pretty boring.

They look good together, HATE the character for park eun bin though because she sounds annoying af

Hopefully PEB can work her charm and put her own spin on it! There were times her character in AoY could have come across as annoying in the hands of a less experienced actress, but hopefully this will be another breakout role for her.

This is a dramaland pairing I didn't even know I needed but I'm SO. FREAKIN. EXCITED! Dongha is just the icing on the cake 😍

"...because more Yeon Woo-jin is always a good thing in my book" I agree to this ha!