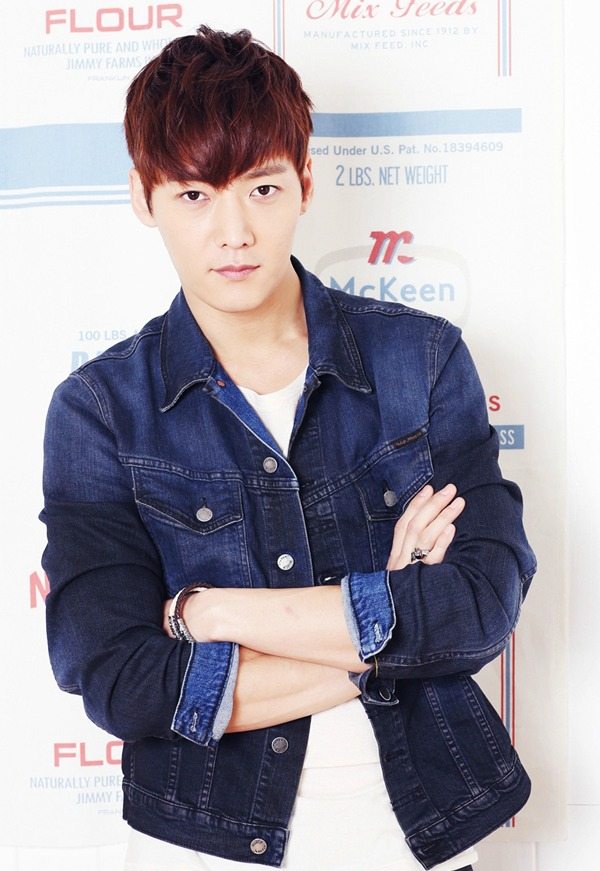 Okay, if Choi Jin-hyuk (Tunnel) signs on to do a rom-com, I’m in. MBC has a new romantic comedy drama in the works for its early 2018 lineup, and an offer is out to Choi Jin-hyuk to headline. The series is called Devilish Joy, which is a pun on the two lead characters’ names—Ma-sung (“devilish”) and Ki-peum (“joy”). Choi’s agency has confirmed that he received the offer, but said that it’s one of many he’s considering.

The drama is about a doctor and an actress who fall in love, and a condition called “Cinderella amnesia.” I have no idea what that is—it’s a made-up condition as far as I can tell, which the hero suffers from. Choi Jin-hyuk is up for that role, Gong Ma-sung, a geeeenius doctor who suffers from this memory condition where ridiculous memories just insert themselves in his brain. Because of this Cinderella amnesia, he ends up falling in love with the heroine, a has-been actress named Joo Ki-peum.

It sounds a little farcical and over-the-top on paper, but a lot could change once they explain what kind of memories he’s gaining, and why. I do prefer Choi Jin-hyuk in dramatic roles, but he’s so lovable when he’s gruff on the outside and marshmallowy on the inside, so I’d love to see him in a full-blown romantic comedy (and no, Emergency Couple does not count). I’m pretty sure any role after Tunnel will be a letdown anyway, so let’s just rip that bandaid off, shall we?

Devilish Joy will be produced by Golden Thumb Pictures (Mask, Three Days, That Winter the Wind Blows, King of Dramas, Sign) and penned by writer Choi Ji-yeon, who must be new. It’s being prepped to air on Mondays and Tuesdays beginning January 2018, though the labor strike is still ongoing, which leaves MBC’s drama schedule up in the air.

Am I the only one who think that Choi Jin-hyuk doesn't really suit romcom vibe? It's just that he has this very serious aura. I don't know. Maybe serious romance (is there a genre like that?) will be a different story.

I remember CJH saying in an interview that he gets over a lot of serious roles because of his voice so I think it's an its good thing ignore he doesn't break that stereotype and tries something new. In tunnel he definitely showed potential especially at the start with his characters wife

I read the comments and his intensity was mentioned as a mark against a rom-com lead, but for me a deep voice (he has a great voice) and intensity can only improve a character if its written well.

@gadis I’m in agreement with you. This is how I feel as well.

I do count Emergency Couple, I watched it for its romcom vibe and not its medical drama properties and I really liked Choi Jin-hyuk as a romcom lead.

Me too. I thought he was terrific as a rom com lead in Emergency Couple.

They should've offered him Untold Scandal instead of YJG.

He's such a good actor, I hope he passes.

so far i've seen he playing all kind of roles and i'm up for this for one condition. the leading lady must be likable too. haha. i'm a picky viewer...

I love Choi Jin-hyuk and this Cinderella amnesia sounds quirky and fun, if he signs on then I'm in, too!

I hope the female lead is Moon Geun Young ^^

I don't see any chemistry between them. That would be a bland pairing.

Plot sounds kinda weird but whatever -- I got excited that there's a character named Kippeum (which is my name in Korean)!~

And of course the female lead is a has been actress while the main lead is a GENIUS doctor... They always have to make the woman with less value.

Why can't it be a top actress, who is well-loved by nation but decided to retire early because she just want an ordinary life with happy family. Kdrama needs to move on from putting female lead less value than male lead.

They sort of did it with You From Another Star. But I agree with you, it's way to common for the female character to be of lesser stature, which is a shame in my opinion. That's a whole range of interesting dynamics that too rarely get exploited.

IDK if feel like yes they do that a lot and I can name a lot of dramas like that (Full house, MNIKSS, Reply Series,Playful kiss, Emergency Couple, Fated to love you) but I can also name a few with equality (While you were sleeping, 20th century boy and girl, fight my way, W, I can hear your voice). I think its becoming more common to have women on equal standing with me

I can’t wait to see him on screen again. I have a lot of respect for him. But he does much better in edgier, grittier roles like Tunnel or Pride and Prejudice. When he does romcom, he kind of falls flat, and his intensity is wasted like in Emergency Couple or Fated To Love You. I wasn’t crazy about his performances in either of those dramas. It depends if the romcom has meatier edges than a sugary romcom.

I hope he gives it a shot. If for no other reason than it will be nice for him Not to be the nice but sad and eventually sacrificing second lead.

He's done quite a few second leads, huh? I wouldn't mind seeing back in a drama. He's a good actor! Crossing fingers!

If only he'd have his "Gu Family Book" pony tail, I'd watch him act in anything.

"Read me the phone book, Koo Wol-Ryung! And when you're finished, I'd love to have you read it to me again."

I wish a historical drama is among the dramas he received an offer. I think sageuk suits him, too.

awww that's such a romantic line. is this from a film or drama? please let me know.

Koo Wol-Rung was his character in "Gu Family Book." He played a gumiho spirit protector of the mountain. It was the first K-drama I ever saw him in. It's also the first time I saw Yoo Yeon-Seok. Both of them impressed me so much. And the line is just what I felt. I love his deep voice and I would listen to him speak dialog, even if he were reading the phone book. If you've never watched "Gu Family Book" it is another one of those dramas that starts out SO great, and then kind of falls apart (logic-wise) near the end. Still, I loved it. (And Choi Jin-hyuk's pony tail of glory.)

Ooh, I like this trend of new writers. So far this year, we've had them for dramas I really loved, The Liar and His Lover, Lookout, Buamdong Revenge Club, I hope this writer joins the list too. I'm always on the hunt for new writers to add to my stan list.

I think fluffy rom-coms don't suit him, he's intense, not just his voice but his general aura. He has this tortured, silent, broken man in love vibe going on, which I find exhilarating. I've seen him in Emergency Couple and the goofiness turned me off. Great actor nonetheless.

Definitely down for this.

I think "Cinderella Amnesia" means that he loses his memory of what happened that day after 12:00 midnight.

18 bebeswtz❣️Xiao Zhan is my happy virus

I agree about it being hard for him trying to top his "Tunnel" success... But I love me some tsundere Choi Jin Hyuk =))

I know what you mean. He was great in Tunnel!

i just need him in my life and the only way that will happen is for him to be in more dramas! he is one i will watch in anything cause he is that good and i trust him to make any role his own brand of excellence. gosh i just need to watch him too! sexy man that he is!

I personally liked Emergency Couple. It wasn't anything ground breaking and it wasn't nearly as good as Cunning Single Lady, which had a similar premise, but it was an entertaining watch at the time.

Depending on what memories are inserted in his brain this could be quite hilarious.

YES!!! Finally a chance for him to make up for Emergency Couple. God, I loved him in I Need Romance and I've been waiting for him to get the girl ever since. Please drama gods, let that one be a good one. I can't take another instance of Choi Jin-Hyuk having negative chemistry with the (supposed) love of his life. May I suggest Kim Ji-Won? They had great moments together on The Heirs.

Choi Jin Hyuk in a rom-com?! 😍 He does suit serious roles but he becomes full-on puppy when he smiles! Really hope he takes the offer ><

Sounds hilarious to me, so I'm on board.

“Cinderella amnesia.” I almost fell off my chair 😳😂

I wish this site wouldn't diss Emergency Couple every chance it gets. I understand we all have opinions, but I don't understand why EC is so disrespected by JB and GF. It was one of my first kdramas, I loved it and so have five girlfriends I recommended it to, so I hate to see people dissuaded from watching it before giving it a chance. It does recycle a number of drama tropes, and drags towards the end, but Choi Jin Hyuk is gorgeous and funny in it, and it has some of my most memorable scenes from kdramas in it. Give it at least a shot if you haven't seen it.