Reflections of greed and ambition in Untouchable posters and stills 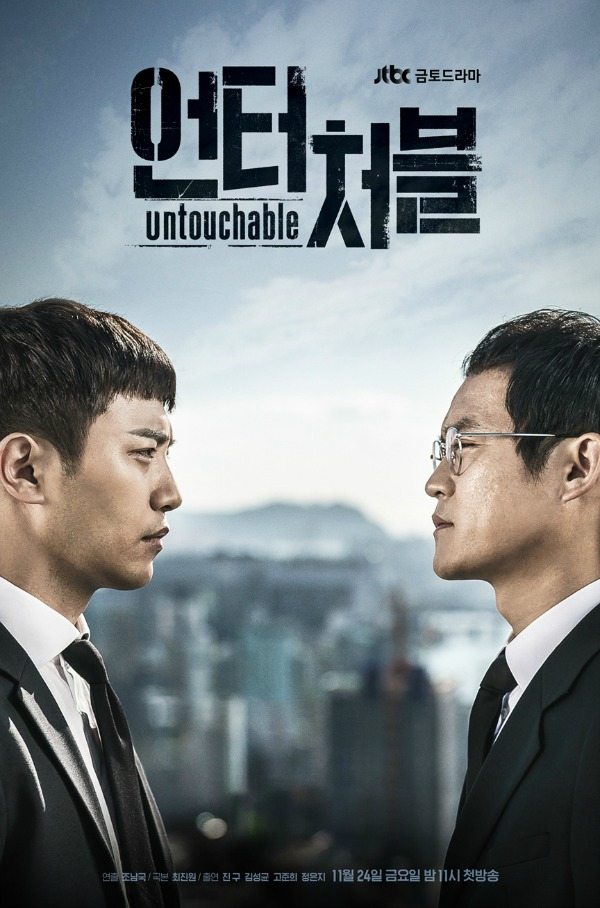 Character posters for Jin Gu’s (Night Light) drama Untouchable have arrived, and it looks like a fierce showdown is impending between him and Kim Sun-kyun (Moon Lovers: Scarlet Heart: Ryeo), who play chaebol brothers and rivals.

Jin Gu stars as the second son of the powerful and wealthy Jang family, and when he loses his wife due to their meddling, he decides to find out the truth of her death and take revenge on those who took her away from him, even if they are family. Kim Sung-kyun plays his older brother, the first son, who has had to shed his morals to survive in his glittering world full of intrigue and backstabbing. The two brothers engage in a toxic battle, as one tries to uncover the truth and one tries to hide it to survive.

There’s a running theme of mirrors for our character posters: Jin Gu pounds his fist against cracked glass that shows his reflection, while the caption says “Searching for the truth of his wife’s case until the end.” While his motives are clear, Kim Sun-kyun’s are a bit more ambiguous, as he faces away from a wall mirror that says: “In order to not become weak, he became evil.”

Both our female leads, Go Jun-hee (She Was Pretty) and Jung Eun-ji (Sassy Go Go), look fierce in their power suits. Go Jun-hee plays an extravagant daughter-in-law to the Jang family, and she looks fabulous in her character poster where she stares into a hand mirror, although her copy says, “The silent rage hidden under a luxurious lifestyle.” Meanwhile, Jung Eun-ji’s copy reads, “When dreams of power become unbelievable reality,” which is quite apt because she plays an ambition-filled rookie prosecutor who is willing to cross her moral boundaries.

In order to climb the career ladder, Jung Eun-ji doesn’t refuse morally nebulous offers from influential figures. But when she becomes involved in helping Jin Gu with his wife’s case, she changes and starts toward the side of justice. But it’s the opposite trend for Go Jun-hee’s character, who is a former president’s daughter who has had sky-high dreams for ultimate power. She was stopped from pursuing her desires by the glass ceiling because she is a woman, and so although she falls for Jin Gu’s character, she marries Kim Sun-kyun to make a more favorable alliance. 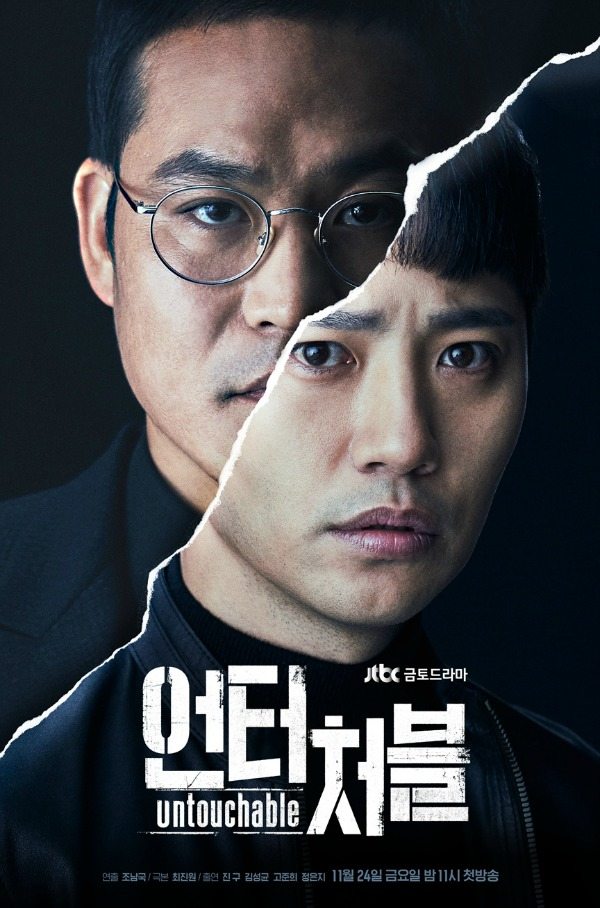 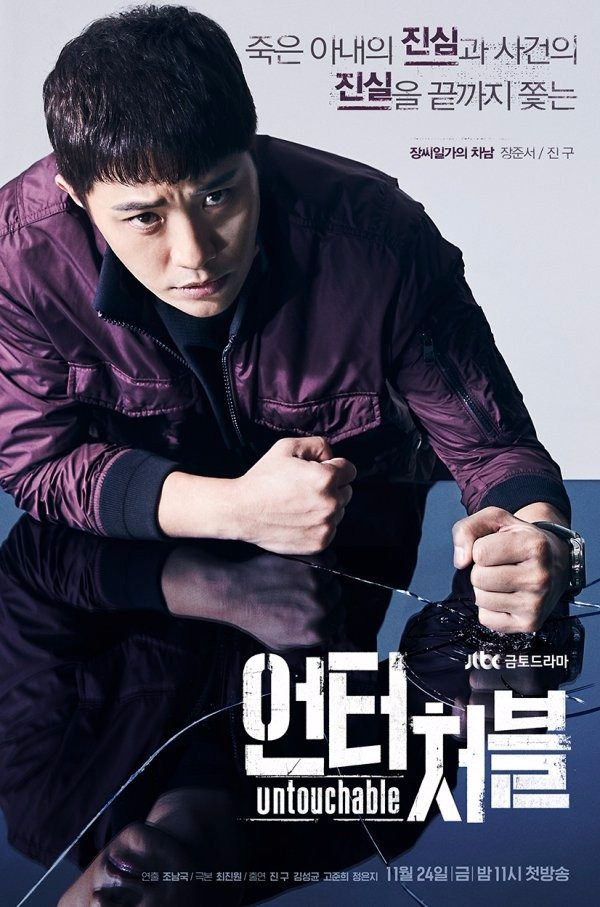 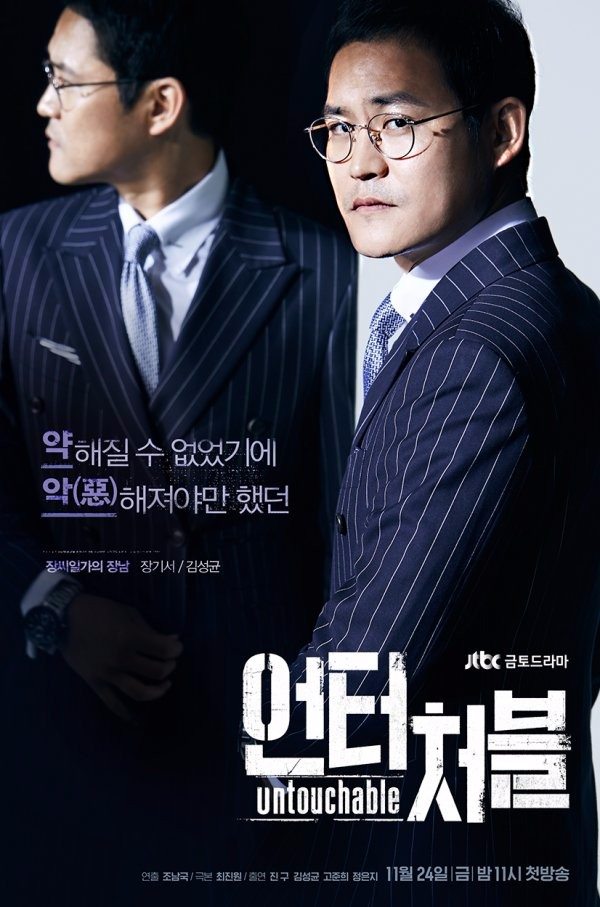 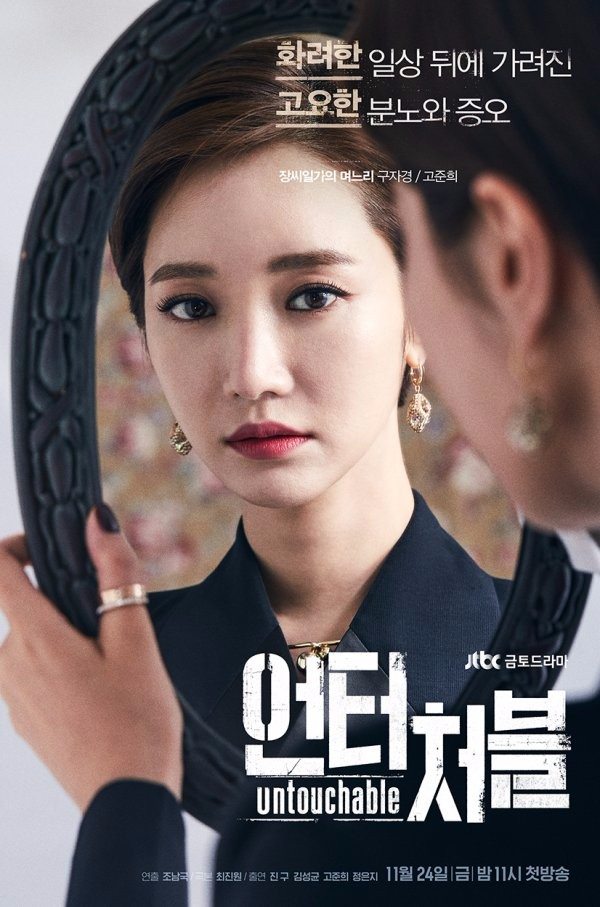 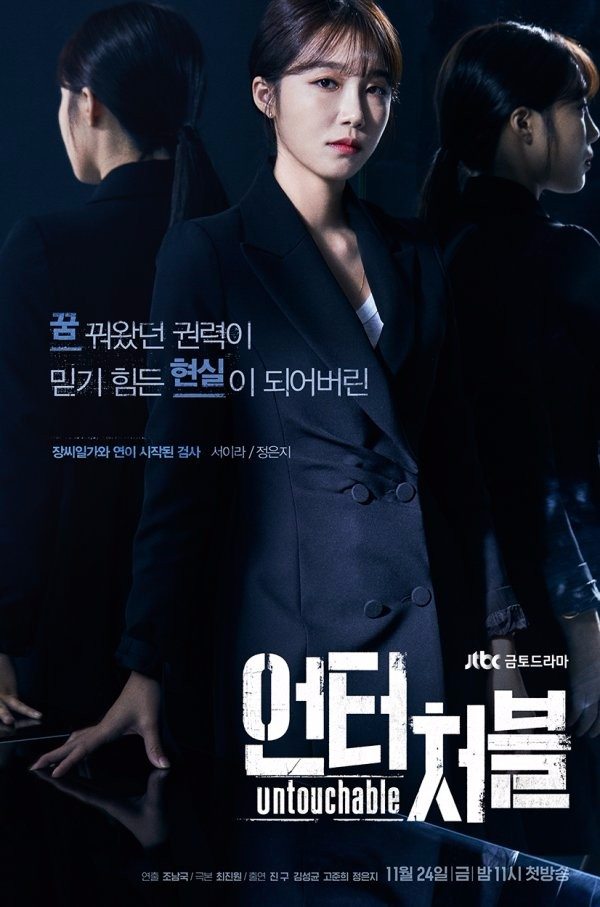 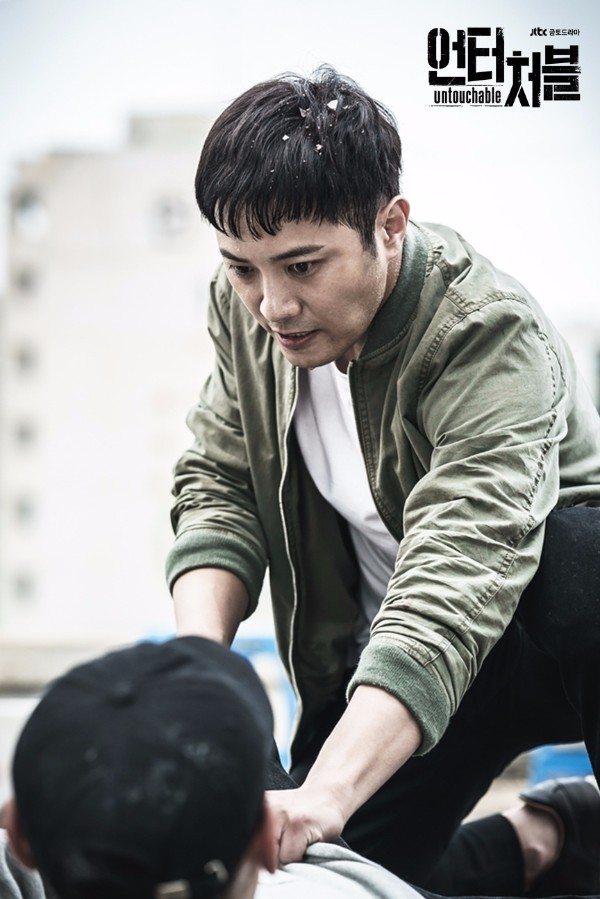 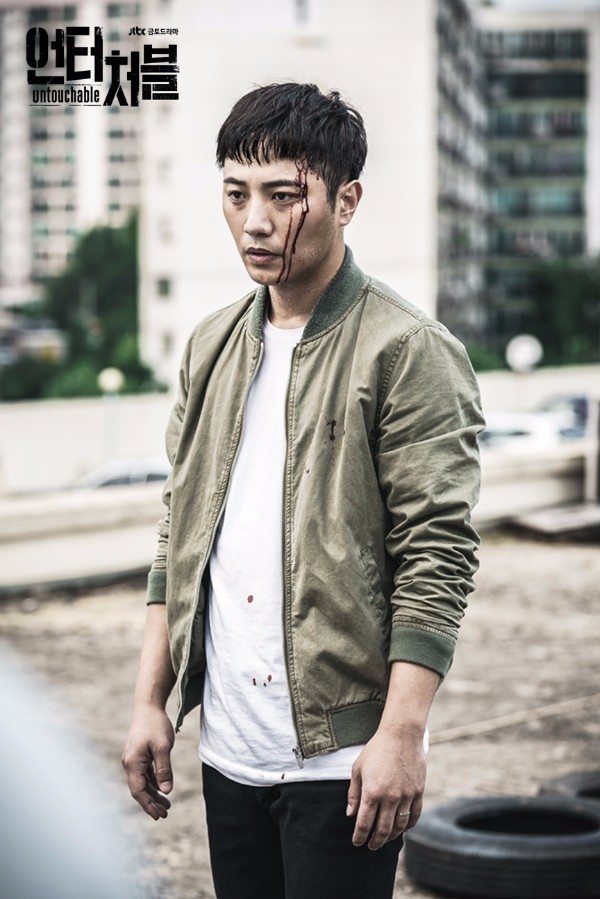 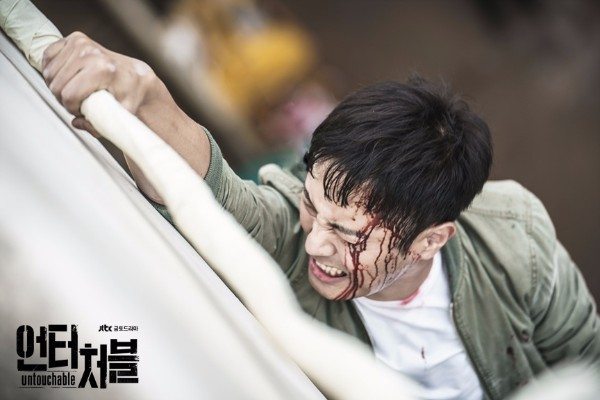 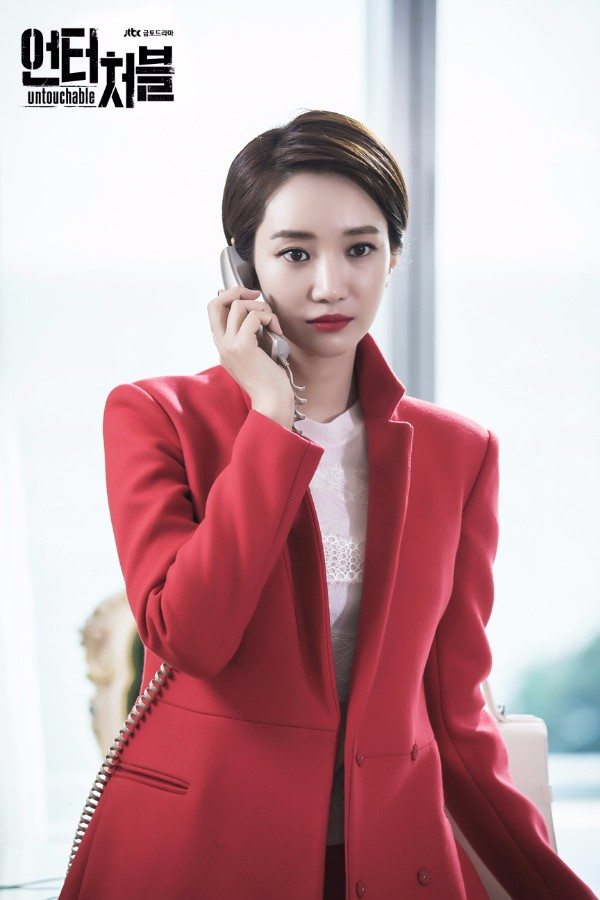 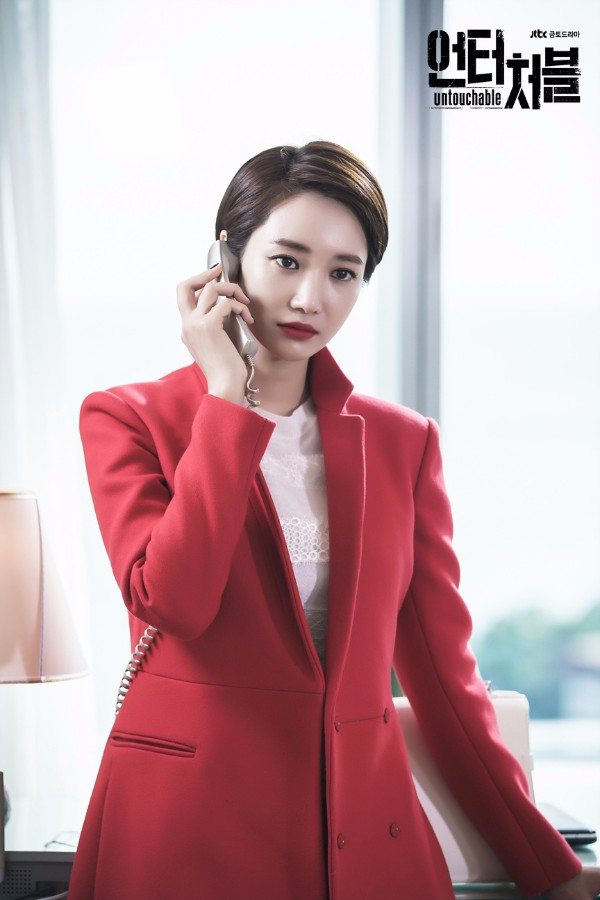 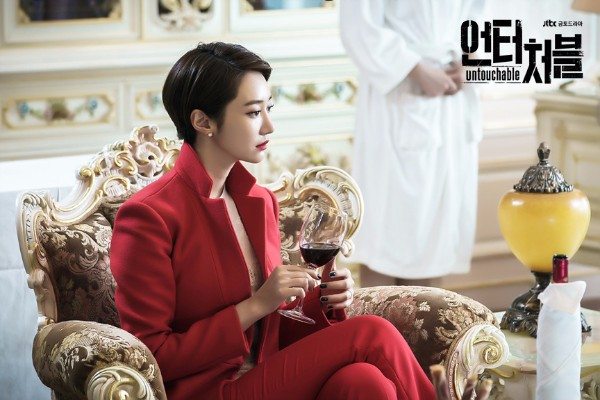 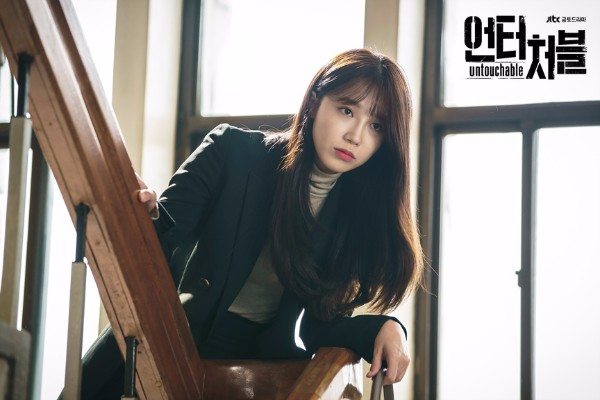 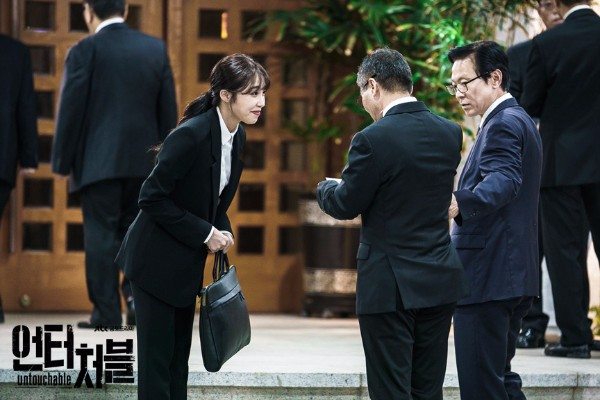 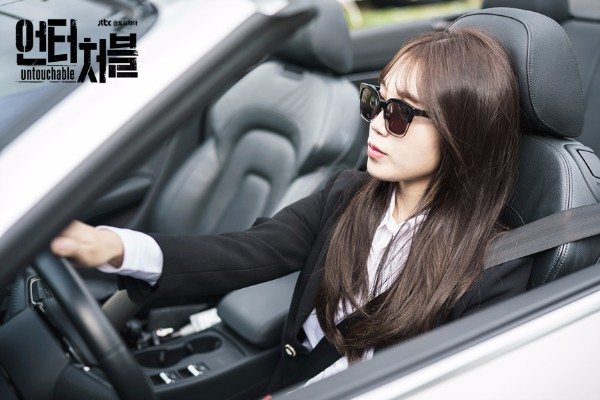 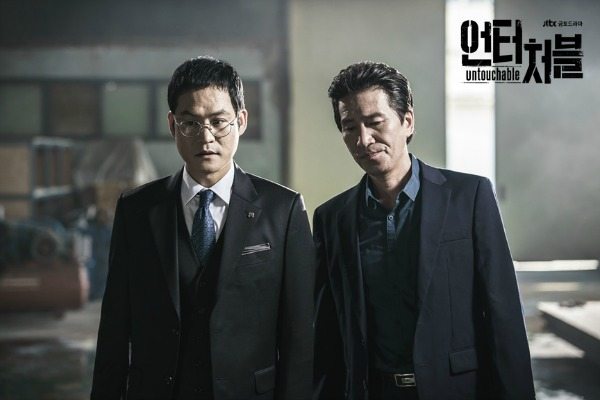 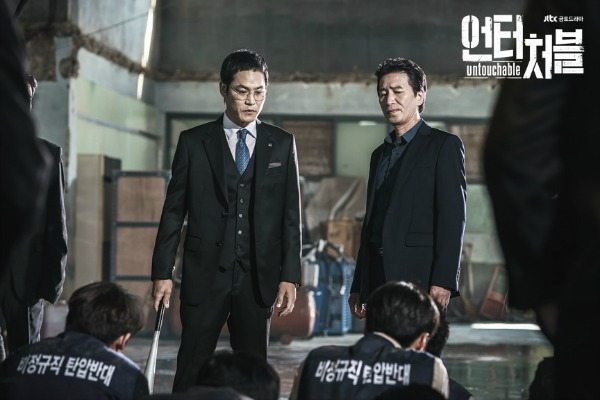 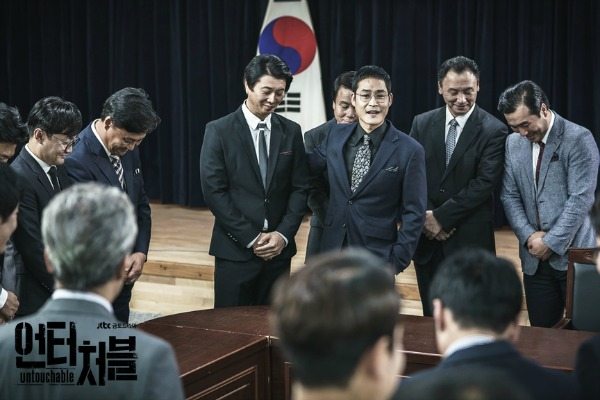 My brother has the biggest crush on Go Jun-hee. He will definitely watch this just for her.

I like revenge dramas but I need to be in the mood. This sounds like it could be quite good with an excellent cast. The posters certainly sets a dark mood.

When Jung Eun-ji goes from bubbly high-schooler to hard-faced prosecutor.

I love Go Jun He's styling in all her dramas <3 She's one of very few actresses that I find who can rock that super short boy-cut, from "She Was Pretty" 'til now, in all these promo shots for "Untouchable"

The story of the two brothers makes me think of Defendant with Ji Sung and Uhm Ki-Joon.

The production values on this have looked really good so far. Definitely looking forward to it

The production team sounds really good. Empire of Gold is one of my all-time favorites. Some of the characters & scenes in that drama are seared into my brain. Looking forward to this one.

I can see that Go Jun-hee and Kim Sung-kyun gonna be the scene stealers. I love Jin-gu & he is charismatic, but I think his acting in Night Light left so much to be desired. Eun-ji was good in romcoms she did before, I don't know if she can do more, but I will give her benefit of a doubt since this is a new role for her. There must be reason(s) why she was offered the role.

Love the PD but wary about the writer. This kind of premise can only be a hit or miss, not in the middle. So hopefully I can enjoy the ride.

For some freaking reason I'm totally in the mood for a proper melo lately. This feeling must last for this drama with its PD, cast, premise...OK, everything!