Superhero secretaries save their bosses in Jugglers 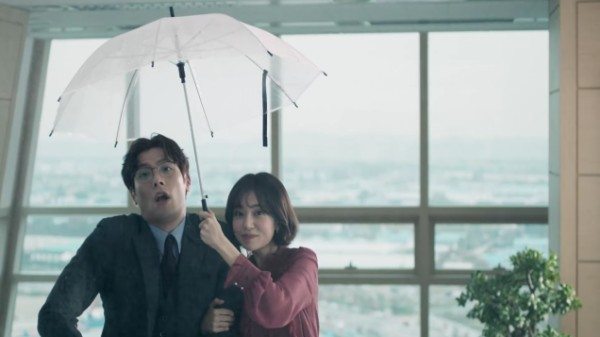 If you’re looking forward to a lighthearted office drama to kick off the holiday season, you might be in the mood for Jugglers, the upcoming KBS rom-com starring Baek Jin-hee (Missing 9) as a secretary extraordinaire and Daniel Choi (Big Man) as her icy perfectionist boss. I know the premise sounds cliched, but the teasers are anything but.

Kang Hye-jung (Lucid Dream) plays a rookie secretary who uses other people’s abilities, and manages to hypnotize Lee Won-geun (Mystery Queen) into submitting to her wishes. But he also has a special power—to annoy anyone and everyone—which he clearly demonstrates on Kim Ki-bang (Entourage). Lee Won-geun plays the gold spoon rebellious and childish boss at the company.

Then Cha Joo-young (Laurel Tree Tailors), who plays the strongest spy secretary, weaves through laser beams and takes pictures secretly. Finally, we have Hong Kyung (While You Were Sleeping), who is actually a former secretary who can immediately pinpoint everything that needs to be done at the company.

While I immensely enjoyed the style of the first teaser, the second provides more contextual information. It begins with Kim Chang-wan (20th Century Boy and Girl), Daniel Choi’s boss, suggesting that he get a secretary for their information network. Despite his protests, Daniel Choi gets secretary Baek Jin-hee, who is super competent at her job, coming to his rescue whenever he needs. However, they have a series of unfortunate outside-the-office encounters, and in the last scene we find that he’s her new tenant. Dun dun dun. 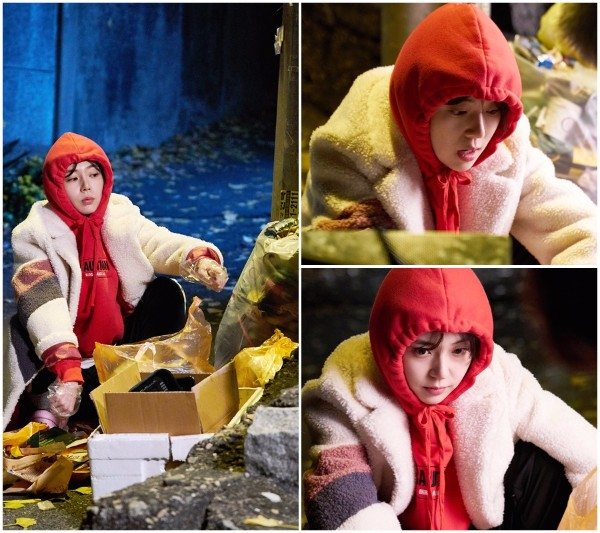 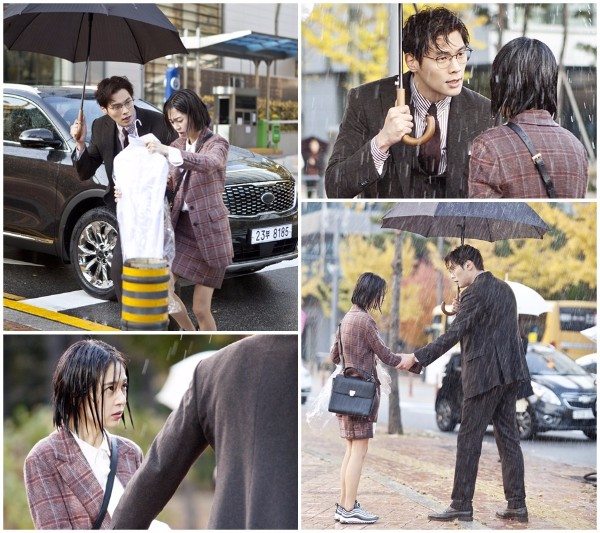 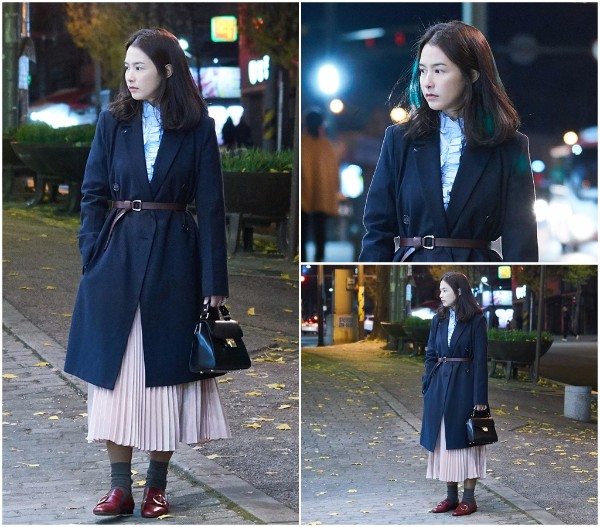 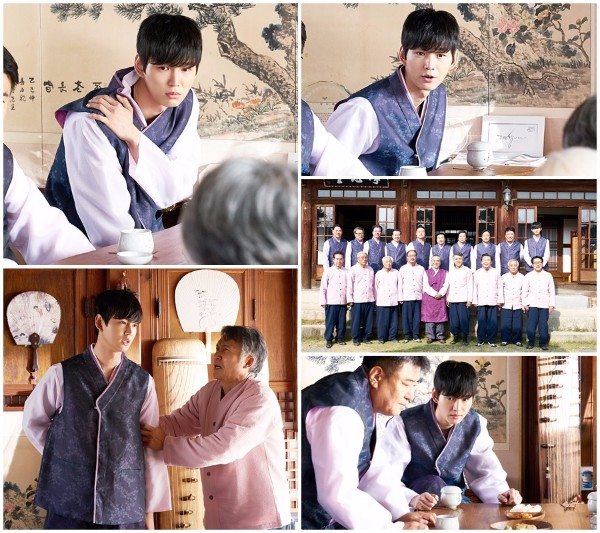 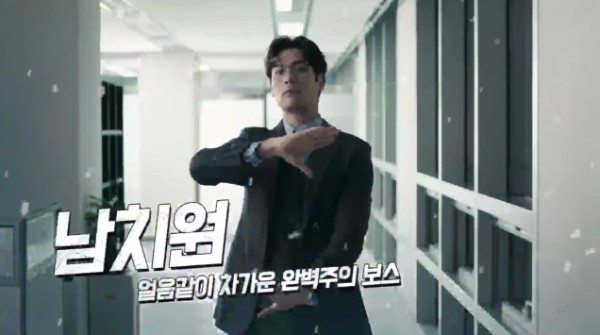 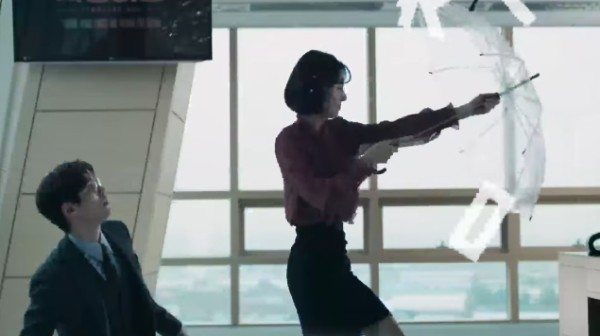 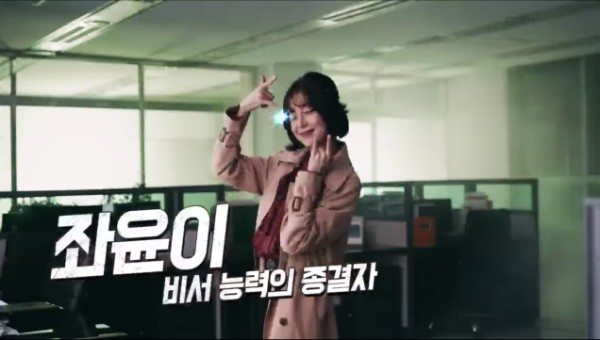 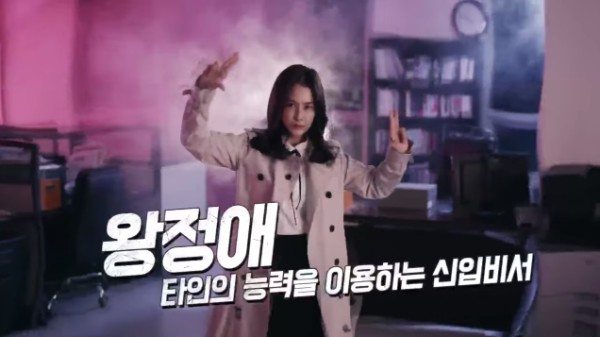 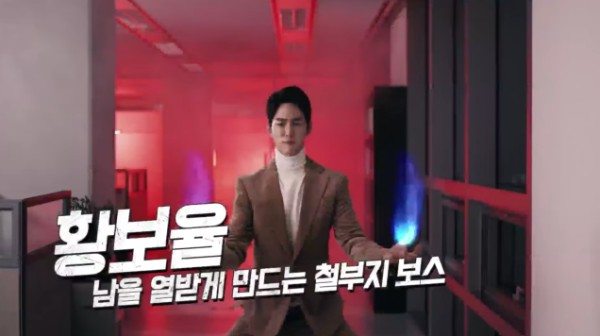 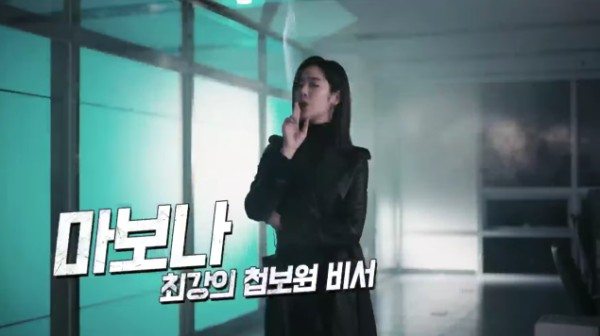 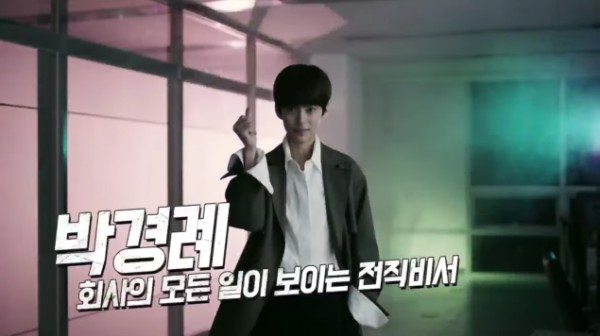 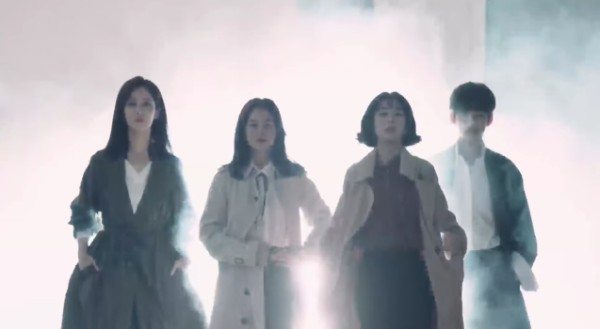 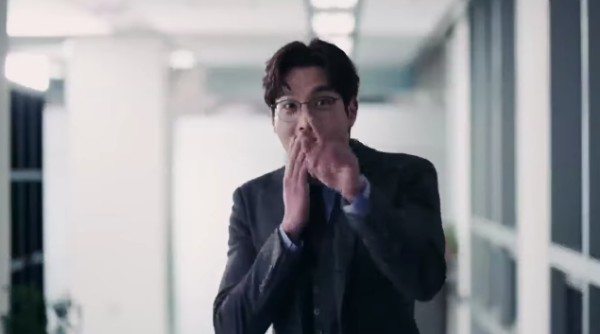 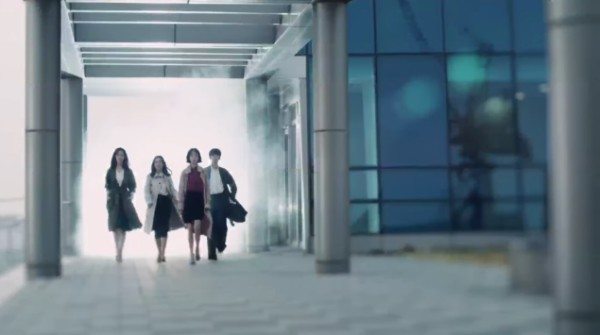 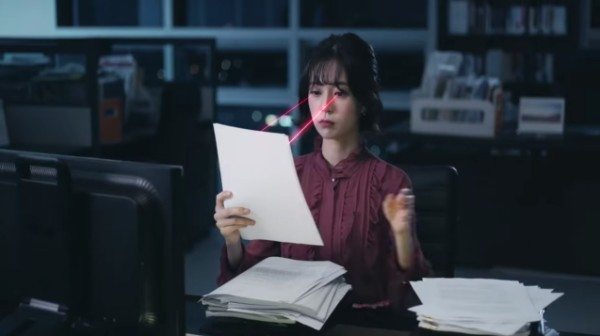 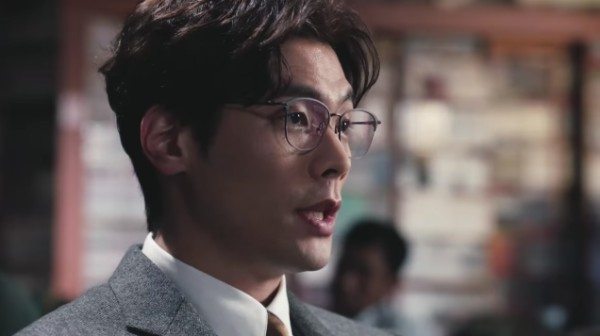 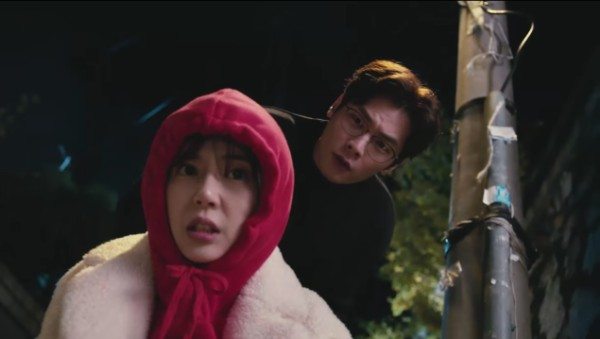 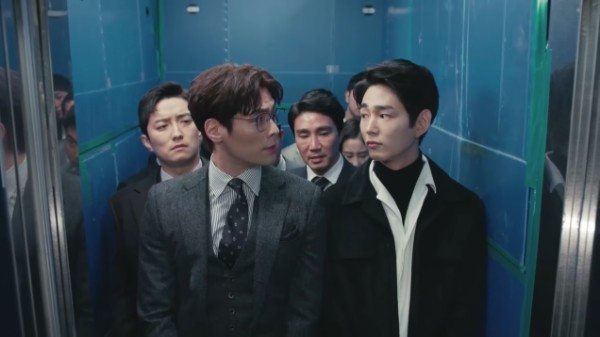 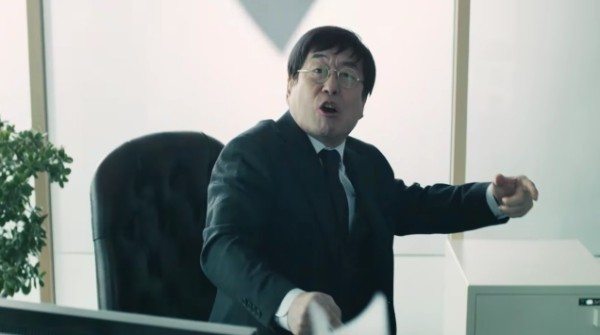 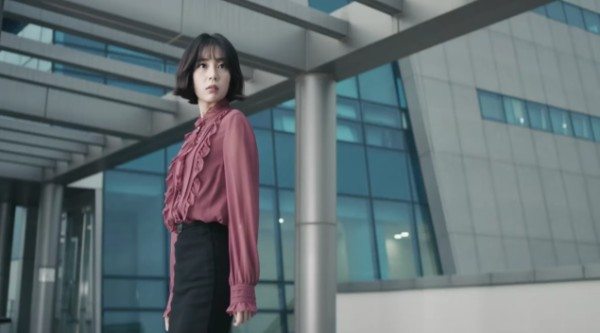 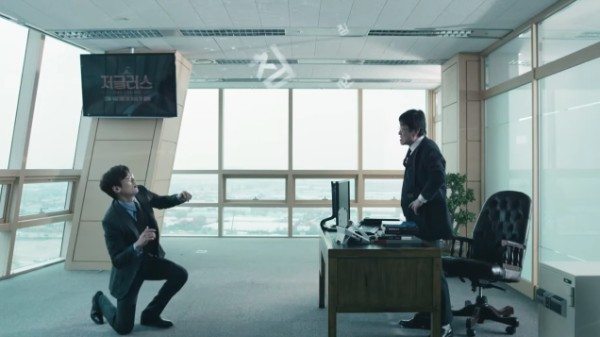 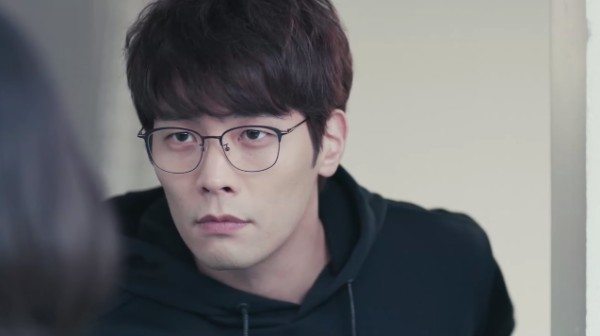 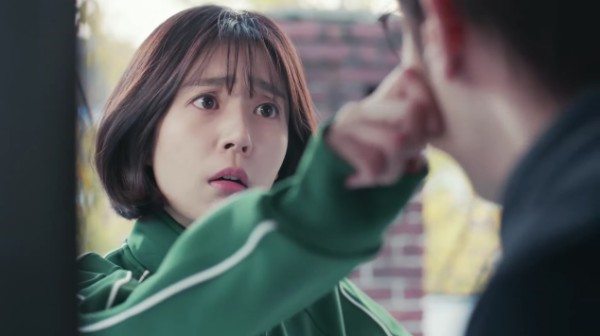 This looks so fun! Choi Daniel and Lee Won Geun in one drama together has got me sold

oooh!! I liiike this one!
(putting on "watch later" list)

Looking forward to this show. Baek Jin-hee and Daniel look good together, and of course there's Lee Won-geun💕.

This looks fun, and what a great ensemble cast!
Daniel Choi and Lee Won-geun, you say?
I'm sold.

Wait wait wait, hold up... Lee Won Geun and Kim Ki Bang? How did this drama slip past me so far??
*is wondering how to fit in all the dramas from the new line-up with Christmas and exams coming up* *priorities* *right* *so...* *I'll be watching all of them no matter what**... priorities sorted*

This looks so much fun. Hopefully the zany and a bit over-the-top vibe translate well to the actual drama. And also, is tenant-owner a new romantic dynamic trend this year?

8 Is the Hallyu wave over??

Where/how are non-Korean speakers watching KBS dramas since they don't subtitle anymore? At least MBC is subtitling 1 or 2. But KBS, zero.

In my country, there's KBS World TV where we could watch the currently airing dramas (with subs) altho a day later than it was shown in Korea.

Thanks for these vlogs! I love them! :D

I'm in. This could be a good one to introduce Mr. Tsutsuloo to Kdrama!

This looks super fun and light!!! i'm definitely tune in!!
Seriously, i miss Choi Daniel in my little screen.
The plot nothing's new, simply like protect the boss but i'm sold anyway.

This looks fun! Even more so when I realise there is Lee Won Geun, too! (ahh his smile!) Daniel Choi and Lee Won Geun yay!

Though teasers lie a lot, I hope this one will be as good or even better than the teasers :)

Is Kang Hye Jung in a loveline with Lee won Geun? cause I'm hopeful for that haha.

I'm ready for this ! I like the cast, and Daniel Choi looks so good....

Can't stop cracking up, the teasers are so funny! She's pretty much ripping his cheek off in that last pinch, it's epic ^^ Will be waiting for this.

18 bebeswtz❣️Xiao Zhan is my happy virus

Kang Hye Jung unni!!! Are Tablo and Haru allowed to visit the set? Please?? And can someone record it on video and release it to the world, please?!?!?!?

Also, I can't wait to see Daniel Choi return, especially in a rom-com =) I can't remember EXACTLY the last time I watched him in something, but I remember that it was in a much deeper and darker role... Maybe it was the cyber crime thriller "Ghost" with So Ji Sub and Lee Yeon Hee

Oh god yes!! I need a Haru-Tablo visit just like they visited her Movie filming!
Please please do a Superman Special! I've been following @tabloisdad for ages now.

I really can’t wait for this. I’m happy that even though he’s the boss she’s clearly in charge and control especially now that he’s her tenant. My biggest problem with a lot of dramas is the obvious power difference. Always a chaebol and candy. Always a head prosecutor and intern. Amazing spy and sweet innocent star. It’s tiring at times but this could work. I like this.