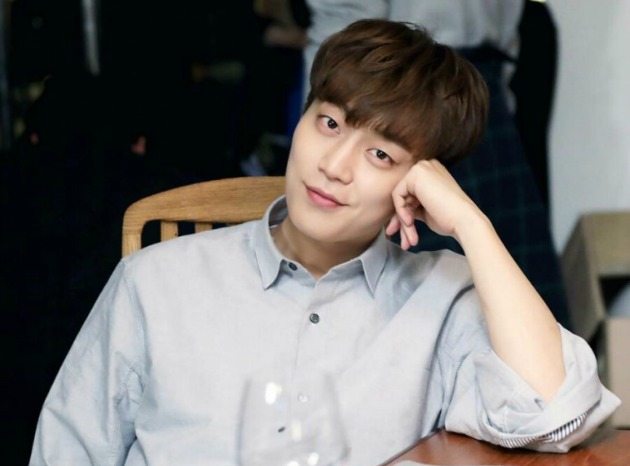 Yoon Doo-joon has decided on his next drama project, and it won’t be the third season of Let’s Eat (we’re still waiting for confirmation on that drama) but a KBS drama titled Radio Romance. His involvement in this new project was confirmed by his management; it’s nice to start off drama news with a definitive casting answer for once, rather than hedging for weeks and weeks.

We don’t know much about Radio Romance, but it will center around a top star radio DJ and will deal with stories of healing wounded hearts through the radio program. Well, if ever there were an actor who’d be able to carry a drama’s premise on his gift of gab, I’d say it was Yoon Doo-joon.

At first I wondered whether Yoon confirming this drama might mean bad news for Let’s Eat 3, but it’s entirely possible he’ll be able to do both. Radio Romance is on the books for a January 2018 premiere on KBS, while Let’s Eat 3 has yet to figure out its scheduling and has only said that it is aiming for a 2018 broadcast. Plenty of time to break and heal his heart in this drama, and then break and heal it again for that one.

Yay!!! After only catching him in cameos I've been waiting for a longer role

Now to make a list of potential female leads

My first drama from him was splish splash love and I fell for his comedic acting. Sadly I skipped out on the let's eat series coz I wasn't interested but I am considering watching it

They're both really good. Don't watch them when you're hungry though...

The premise sounds interesting 😊 I love Yoon Do-joon, so another romcom with him would be great.

Can we spread this petition already? I already typed both our names 😉

Yesss we can! LOL

I also have other names like Jo Bo-ah or Lee Yoo-bi for potential female leads, aside Kim Seul-gi.

Ooohhh those are very good suggestions,Sera!

Oh really, I didn't know about that. I read that Lee Yoo-bi has been offered a lead role for tvN drama, so maybe it would be less possible to see her in this drama.

Beast's No More MV..I remembered they made an Instagram account for her for "Beastagram" in the MV

the waiting game for the female lead is now on..

Don't leave me out @wikimary!

Add me too @wakimary! :D

I'd honestly be disappointed if she wasn't picked as a lead, LOL.

It's the chance for Yoon Doo Joon and Kim Seul Gi reunion pairing PD-nim ! Snatch both of them, stat !

Like the 2 episode drama is not enough, we are hoping for a longer series. 🙏🙏🙏

Please please be good..and if Kim Seulgi can sign up as female lead,please?

ok at least a drama for sure before he enlists next year.

I'm glad his going to be in dramas again, let's hope he confirms for Let's Eat 3, too, because I can't see anyone doing a better job than him in that!

Azzo dear,he most likely wont do LE S3. During their recent fansign event for their group comeback promos,1 of the fansite masters told him that she's excited for LE S3,and Doojoon said "Sorry"

And last official update that his agency said about LE casting offer was that they received the offer but couldn't discuss it properly since they received it right before their comeback which is last Oct 16.

I hope not, he can't keep starring in the same drama with different female leads. He'd benefit from taking on more challenging and different roles.

I am impressed that being a radio DJ in South Korea can still acquire the star status. I think in the US only crazies like Howard Stern and Rush Limbaugh can be classified as one at the moment, but then again I spend all my free time reading and commenting on this one blog and not listening to the radio.

On second thought, Howard Stern is not crazy but he is definitely not in the market to heal wounded hearts but rather to provoke them.

He'd be the one doing the wounding, or rather kill those hearts. Also, is radio really dead there that Stern is what first comes to mind? We have some very hip young DJs that can do less of the talking imo, I spend my car rides abusing the buttons looking for music.

Well, unless you have satellite etc., traditional radio is restricted to a specific area - and the US is huge. Radio hosts may still be popular but not on a national level. Howard Stern really is one of the biggest names in radio here. Another big name: Ryan Seacrest has a show on LA.

My first thought was also: "Are radios still a thing"? :D

They have viewable radio shows in SoKor like Cultwoo Show

Delilah At Night In the US is an evening radio program with a similar vibe, but I agree most well-known radio personalities here occupy a specific niche, without a lot of crossover.

I am coming after watching Lets Eat 2 recently and Yoon Do Joon was charming in that one. I was wondering when he will sign his new drama but I didn't have wait long. So happy to see this news.

Finally! I've been waiting for Doojoon to be in a new drama. So happy he's already confirmed! ❤️ No mention of the writer/PD yet, but the premise sounds pretty nice. I hope I like the female lead too.

I was about to groan about the 2018 broadcast date, but January doesn't seem that far away anymore... xD

Okay, I won't be original I guess... Kim Seul-gi for the female lead, pretty please!

that's a nice one

YES! I'm so down for this and I'd love to see him in something new. He's so funny and charming. I'm biased though since he is my favourite in Beast/Highlight.

Like everyone, I'd love to see Kim Seul-gi. But I wouldn't mind seeing Jo Bo-ah (love to see her in more) and Park Bo-young.

Yoon Doo Joon, you are back... in a DRAMA! *shrieks happily*

Yay!! Excited for the new role! It's been forever since he is in a drama. I guess the next two year will a busy time for him until he receives his mandatory enlistment.

I hope he gets a new leading lady. Or people are gonna go on and on about him and Kim Seulgi like those crazy shippers of Yonghwa and Shinhye.

Interestingly, I don't think people really ship them in real life? It's just their chemistry (not even necessarily romantically speaking) is amazing so fans rave over them.

In any case, I doubt Kim Seul Gi will be available. She's just about to start a play that will run all through December (possibly January). I feel like it'd be too much to juggle. My other wistful casting was Park So dam but 1. she's in the same play as Seul Gi (otl) and 2. idk if she's up for the small screen anytime soon, much less KBS. 🙁 I'll just cross my fingers for a good actress.

I forgot about Seulgi's play 😯

Yes Doo Joon to act again n pls Kim Seul Gi as female lead ... i just luv their chemistry n i think Kim Seul Gi is really underated in korea even thou she's one of the best actress there n its abt time for her to be the female lead in a 16eps drama ... opposite Doo Joon would be awesome 😊😙

There's a casting offering for the female lead, Kim So Hyun. She has acted with him before, in a commercial and a guest role in her 2015 tvN drama "Let's Fight Ghost"