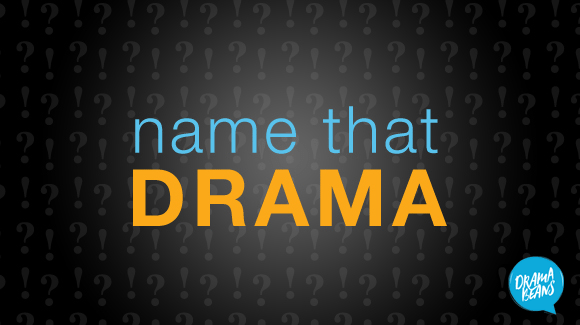 Ready for another round of drama-sleuthing? Help out your fellow Beanies or email us your own questions and requests for future Name That Drama installments.

3) Not sure, but the actress looks Park Gyu-Young (in Just Between Lovers she plays Moon Soo's colleague). I don't know the name of the drama though.

5) Sounds like Dae Jang Geum, or 'Jewel in the Palace'.

5. Is definitely "Dae Jang Geum." It was the first sageuk to spread the hallyu wave like wildfires overseas.
It was very popular in China and Japan too.

Yes to #5. I never watched the entire drama, but did start it and read the VIKI summary! @kiara, is it worth picking up?

@ally-le
Since you are a doctor and a woman, it might be meaningful and relatable to you.
It may seems like a cooking show in the beginning but food is very much related to medicine.
Her journey from a lowly maid to becoming the king's first female royal physician is fascinating.
This site has episode by episode summaries that would help you understand the time period and the less interesting palace politics might be easier to understand.
http://www.dramasrok.com/2013/08/dae-jang-geum-episode-summaries/
This is not historically accurate so don't take it as a history lesson.

And stars the very swoony Ji Jin Hee although his part isn't near big enough.

I would add to @kiara's recommendation: make sure you have something to munch on while you watch, or have dinner beforehand.

There is also romance in this drama which I could get behind, especially in the early and later episodes. The middle kind of dragged for me (I blame the palace intrigues). But overall I loved it for the music, the food, the well-crafted story, and the sisterly friendships.

This was my first long drama and I watched it in three batches of episodes. I did have to take breaks but when I jumped back in, I was good to go for about 15 episodes....then another break. That worked for me and it is quite good.

I submitted a post on it back in August, if you needed more convincing! Just click on my username and you can easily find it.

No. 2 is 49 days. Where han kang grab song yi kyung hands. The one who made comments is the ahjushi and his wife.

Thank you! I was the one who sent that question!

I remember the faces of the hubby and wife arguing, but don't remember watching those actors anywhere else so I couldn't check their filmography. But now that you say 49 Days, that's definitely the restaurant manager and his wife who were sweet together. :D

5) Sounds like Dae Jang Geum. Also known as Jewel in the Palace

I don’t know the answer to #2, but K-drama sure ruined how I view myself as a feminist for swooning over assy oppas who wrist grab. Grrrrr....

*groans* so true.
And in general for using the word 'oppa' the way I do, as well.

(Back story: I have a degree in Women's Studies) I was watching some drama and the guy grabbed the girl's wrist and pulled her somewhere. My heart starts fluttering, I tell my husband how romantic it was, and then I go all starry-eyed. A few days later, I'm doing some mundane task and my husband grabs my wrist and tries to pull me somewhere. The skies parted and I quickly grew another head. His snarky response, "Oh, I thought you found that sort of thing romantic." One and done, needless to say, that forever changed my opinion of the wrist grab.

it works only when you are in an uncertain phase..even in kdramas..

like when you really really like each other, more like smitten, and dont know how other feels or don't know if you can be together.. or you are fighting..

basically when there is sexual tension.. lol

other than that.. its annoying AF

For me, and this is just me, someone trying to subjugate me is never okay. There's never a justification for someone to put their hands on me without my consent. Consent is not implied.

sure.. but that's what i think dramas show.. and ofcourse at the end of the day women out there are enjoying it.. so the onus is on them..

Someone should keep a list of dramas where the male lead doesn't grab the female lead's wrist once. I've seen a couple recent ones that I think would pass that but they are definitely a rarity. That scene in episode 2 of Radio Romance where he grabs her and pushes her into his car (twice!) still makes me see red when I think about it. I think that's part of why I haven't hit play on episode 3 yet. Wrist-grabs make me roll my eyes and I tend to kind of push them from my mind now because they're so common, but that episode had a lot of manhandling of the heroine and I'm not here for that.

And then you have the gender-reversed wrist grab in Just Between Lovers! I still think wrist-grabbing shouldn't happen so painfully often to either gender but that drama had a few examples of gender-role cliche reversals so I think it was intentional and I actually appreciated it.

But really, the only valid excuse for a wrist-grab I can think of is if you're in danger and running for your life!

When you say assy, I think of something else which applies to some oppas too :|

I prefer that categorization of oppas much much more, like much more.

#3 is per comments on Youtube for this video ,this is unfortunately not a K-drama but the music video for a song called warmth of our memories by kwak Jin eon﻿

Looked through the youtube comments, it does look like the actor is Park Jung Woo (an SM idol trainee who just joined NCT) and the actress, as WishfulToki deduced, is Park Gyu-Young (recently of Just Between Lovers)

this is the link to the video by the way!

No. 1 is Glamorous Temptation with Jo Sang Wook and Cha Ye Ryun. It's 60 episodes.
No. 5 is Dae Jang Geum.

yeah long back. and i could watch only 20 episodes then as i had to move out of my city. and later in 2010 when i finally found kdrama land i searched whole Internet for 3 months for its english subbed epiasdes. and then watched it all over again.... dedication you see.

It was on DD1 - National Channel of india.
by any chance are you from india ?

Hi, I’m the one who posted the request for number 4. Unfortunately it wasn’t Thousand kisses (the one starring Ji Hyun Woo). This drama I’m looking for is wayyy older. But thanks anyway!

I was confused too about the big deal

I definitely don’t recognise no 1 as a kdrama but it did make me snort because it reminded me of a Turkish drama where the groom was also kidnapped on his wedding day - by his own parents. His in-laws to be rescued him in like five eps tho 😂

#4 is an old Korean drama called 보고또보고 (See and See again?). It came out in 1998! I remember watching it also with my parents and thinking why two sisters can't get married to two brothers especially bc the younger sister was getting married to older brother.

That was my first thought too! Same - I watched this with my parents and didn't understand why there was so much resistance to them getting together.

OMG, I think this is it!!! You’re my lifesaver! Thank you so much. Wow, so this drama is this old, I finally found it! Can you tell me how it ended?

I could be wrong, but in my memory the two characters both got really sick because they weren't able to be together. So their parents finally relented, and they were able to get married.

I recently re-watched this series (fyi, 273 episodes).
Both sibling couples get married. The mother-in-law initially dislikes the younger sister because she's too perfect at housework and she's a nurse (older brother is a prosecutor). Eventually, mother-in-law and younger sister get closer and mother-in-law decides to treat younger sister like a biological daughter, and gives younger sister the love and affection her mother never gave her. Someone put up certain episodes on youtube, so watch now before they get taken down?

Wow, actually I think that was the year I watched my first Korean drama and that drama was probably made like at least 5-8 years earlier. But it figures, I briefly saw the two male actors and went "hey, those are the ajusshis/ often villains of those daily shows". 😂

MY GOD. How can a measly 4 minutes music video grab me by the heart like that? I've never even seen this guy act yet my heart is breaking for him. When that final tear slid down his face at the end--ufff.

1. Tailors of Wolgyesu (not quite right but the one of the main characters was being coerced into marriage with a dude and I think he as the Groom got into a fight on the wedding day).

The last one could also be Horse Healer.

And shoot, I'm disappointed the MV isn't a drama! What's with the melancholic vibe, is he dying or what?! Hmpf

17 Fatcat lost her way while on semi-hiatus

Its a bit late but may I ask if I can ask about J-dramas here?? My mom mentioned a J-drama she saw when I was a baby & she liked it a lot but can't remember the name. Unfortunately, I still haven't been able to find out about it from whatever little description my mom gave....

Beanies have sent in Name That Drama requests for all sorts of movies and dramas that aren't Korean. Think it should be okay.