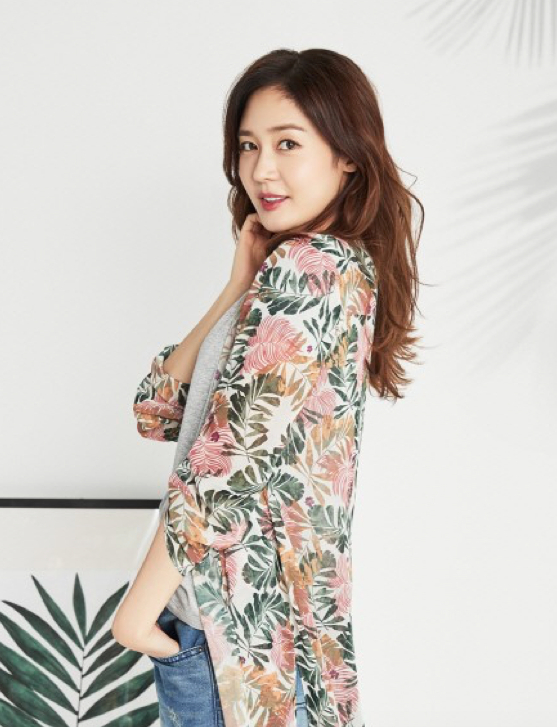 Well, there’s certainly going to be plenty of drama up in this drama. SBS has announced a new show in the works, titled An Empress’s Dignity, and Sung Yuri (Monster) has been offered a role in the upcoming drama. I haven’t watched a drama that Sung Yuri has starred in for about 10 years, but I have a lot of leftover goodwill from her 2000s shows, like Hong Gil-dong and Snow Queen, so I’m happy to hear she’s considering a potential drama comeback.

I’d be interested to see if this show lives up to its narrative potential, because this plot sounds fascinating: An Empress’s Dignity reimagines modern South Korea as a constitutional monarchy, though the monarch’s position must not be a very secure one, because a royal scandal puts the continued existence of the throne at risk. The story follows a musical actress who marries into the royal family and gets swept up in a struggle with the powers that be. This conflict results in the murder of the empress dowager, which threatens to topple the monarchy. Though the former actress finds herself surrounded by enemies in the palace, she’ll learn to find true love and happiness even in the midst of all this conflict.

When I heard that Sung Yuri was considering a role in the show, I thought she had been offered the musical actress-turned empress lead character, but reports say her potential character would be that of the talented and beautiful legal representative of the royal family. That should make for an interesting role, regardless, since it sounds like the monarchy will be the subject of intense scrutiny from law enforcement, politicians, and the public alike.

I have to say, my eyebrows shot straight up when I saw who the screenwriter was: Weekender hitmaker Kim Soon-ok, whose credits include My Daughter Geum Sa-wol and Jang Bo-ri Is Here, will be penning the script. Both were popular series spanning 50-plus episodes; she seems to know how to keep an audience’s attention over long periods of time, so I’m looking forward to how she fares with a trendier concept like An Empress’s Dignity. In the director’s chair is PD Joo Dong-min, whom I’m a little less excited about, given the troubled production of his last show, Return. But I thought the directing in that show was pretty decent, so I’m hopeful the upcoming SBS show is in good hands.

An Empress’s Dignity will air in SBS’s Wednesday-Thursday slot, and is slated to premiere sometime in November.

After all the news about Koreans hounding celebrities over every mistake, I can't imagine a royal family lasting more than about 30 seconds.

Having one might take some of the heat of all the other targets, thought.

now I imagine the court as a vintage knetizenbuzz, thanks

Constitutional Monarchy? That was the premise of King 2 Hearts! The crown prince marries a North Korean girl in a politically arranged marriage, they fall in love, his parents are killed and he has to become king.

Sounds good to me. :) I like premise. Hopefully it'll be good.

Thanks for a positive mention of Snow Queen, which I remember with great fondness and I think hardly anyone has seen 😆!

Hyun Bin in Snow Queen was so handsome :D

I'm in for it if there's a fake relationship contract.

I've got to say, if the writer was resistivity for Jang Bo-ri, I can't watch. There were a lot of good elements to that show, but also it could have been done in twenty episodes with the amount of filler she used to fatten it up.

Well i've liked the premise of a constitutional monarchy in both ots peevkous incarnations : goong ( i loved this manhwa way before the drama ❤❤❤❤) and king2hearts. So im going to keep a look out for it. Also sung yuri has a lot of goodwill from early 2k's shows : Hong Gil Dong and the Snow Queen (another manhwa i really liked)

Uggh i hate not having a computer and only living off my cell phone. So many typos

I am curious who will get the female protagonist, the musical actress role. I sense that this Cinderella type of character will be played by a young actress but I am hoping she is not too young or an idol turned actress.

I am more interested in the second lead role. It looks like Sung Yu Ri has declined the offer. I wish this second lead character to be very well written. The writer said that she wanted to write a miniseries and she was preparing for a drama that had the greatest villain of Joseon that surpassed Jang Hee-bin, but it did not happen on various occasions, but she wanted to use it someday. I wonder if she is planing to do it in this drama. A great female villain will be great and it will make the drama more interesting.

I did not watch any of Kim Sun-Ok`s dramas but I am curious about this one who will be a melodrama (romance too) and a thriller. I will keep my eyes on this project.