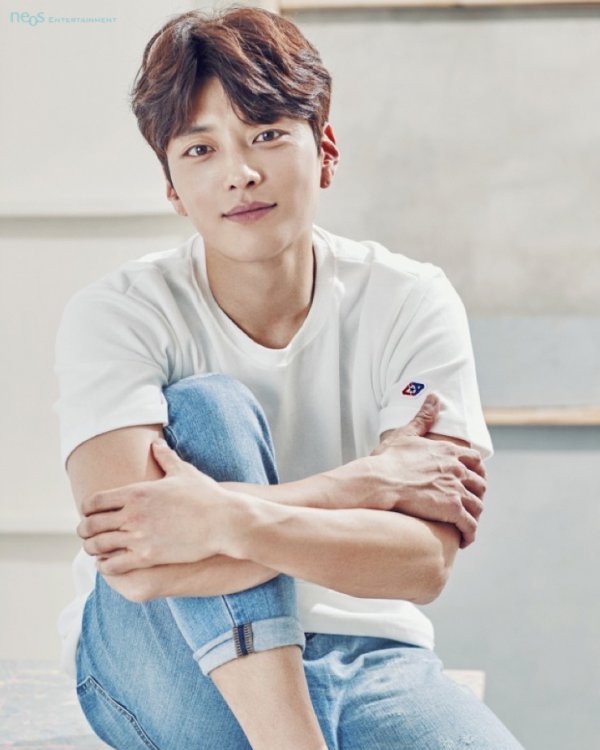 TvN’s Boyfriend, starring Song Hye-gyo (Descended From the Sun) and Park Bo-gum (Moonlight Drawn By Clouds), began filming last month, but it looks like they’re finishing up casting now. Jang Seung-jo (Familiar Wife) was recently confirmed as an addition, and he will be joining Song and Park soon in Cuba, the Boyfriend international filming location.

Boyfriend is a story about the romance between a woman (Song Hye-gyo) who has never been allowed to make her own choices and a man (Park Bo-gum) who is a completely free spirit. Oooh, I can’t wait to see the noona-lover chemistry! Jang Seung-jo will be playing the role of Song Hye-gyo’s ex-husband, the chaebol heir and current CEO of the Taekyung Group.

PD Park Shin-woo, who has experience directing great romance dramas like Jealousy Incarnate and Angel Eyes, will be leading the team. Writer Yoo Young-ah is… less of a reliable hit-maker. She’s been behind some questionable dramas like Pretty Man and Entertainer, but her works for cinema, like Miracle in Cell No. 7 and No Breathing, were fantastic.

Jang Seung-jo has also been confirmed for director Sohn Jae-gon’s film, No Harm, starring Kang So-ra and Ahn Jae-hong. It’s supposed to be human comedy about the staff of a failing amusement park and zoo who try desperately to keep the place running. It began filming eight days ago, and is slated to premiere next year.

But if you want to see Jang before then, tune into the Wednesday-Thursday drama Boyfriend, which airs on tvN starting November 28, after Hundred Million Stars From the Sky ends its run.

I had zero interest in Boyfriend until this!

I love this guy in Familiar Wife, probably more than I did Ji Sung. He was so funny! I've never seen him in anything else though and he's most likely to play a jerk in this drama, isn't he? I am more interested in the movie, it sounds hilarious.

He was fantastic on Money Flower.

Is that a good show? I'm in a serious drama slump and haven't sat through a kdrama episode recently.

I enjoyed it. Jang Hyuk took it down a notch in this one and did a good job with it.

Money flower won a lot of awards last year and I believe Lee Mi Sook is also in it. She’s an amazing veteran actress and she’s gorgeous.

If you're into revenge served dark, gritty, and with oodles of deception, you're in luck. It has a great cast, with Lee Mi-sook, Lee Soon-jae, and Jang Hyuk as the major combatants. I enjoyed it a lot.

Me too. I finished the whole drama and religiously checked it out when new episodes came out. Intense and superb performance.

JSJ started quite green but kept improving, leaving a big impression as the frustrated chaebol husband - standing on his own among the stellar cast of Jang Hyuk and Lee Mi Sook.

Thank you @ally-le @pakalanapikake and @epyc2010 It looks like I really should get down to it.

The guy was a scene stealer for me in FW. He was both funny and adorable.

I’m not sure I want to watch him as a chaebol jerk though. I just checked, he’s the same age as SHK but he looks quite young. I thought he was only in his early 30s.

I was so surprised when I found out his age. He does look young indeed!

You are right about him being funny AND adorable! Sometimes bromance can come across as fake and trying too hard to play to the audience. Not this chap, he was just too cute when he was with Ji Sung.

Unfortunately I fear he’ll always be cast as supporting character. It’s tough to break through at his age in Korea...

I have high hopes for him 🤞🏿 He is a Scene stealer and plus : look at NamGoong Min 🤩

From the writer of Pretty Man and Entertainer? This drama is going to be crap. This writer cannot write a series well and that is clear.

The drama is going to be carried by the two leads, but Song Hye-gyo really should've chosen another project. She's better than this.

The writer is why I'm not looking forward to this drama despite being desperate for Bo-gum's comeback ever since Moonlight ended. Pretty Man was embarrassing to watch, and Entertainer ranged from meh to bad.

I wonder what happened with Song Hye-kyo's rumored movie about comfort women with Go Hyun-jung. That one would have been a great chance for her to show her range. And Bo-gum was once courted to star in Seobok, which now has Gong Yoo as its lead. Can't help but see these as missed opportunities.

Jang Seung-jo played my favorite character in familiar wife. I'm ready for him and V to have lead roles. I'm with @outofthisworld on this one. I'll watch for him.

Thanks for your casting news, @tineybeanie. ;-)

I just realized that Jang Seung-jo was in MONEY FLOWER. He did a great job in the role of an entitled chaebol heir who ends up falling in love with the wife who was selected for him for political reasons. I was surprised to read in AsianWiki that he also played princes in HWAJUNG / SPLENDID POLITICS and SCHOLAR WHO WALKS THE NIGHT.

Is it just me or does he look a bit like Ji Chang Wook? or maybe I'm just missing him... Jang Seung Jo is a pretty good actor in his own right though, looks aside! *crawls back under the rock*

We don't have too much longer to wait.