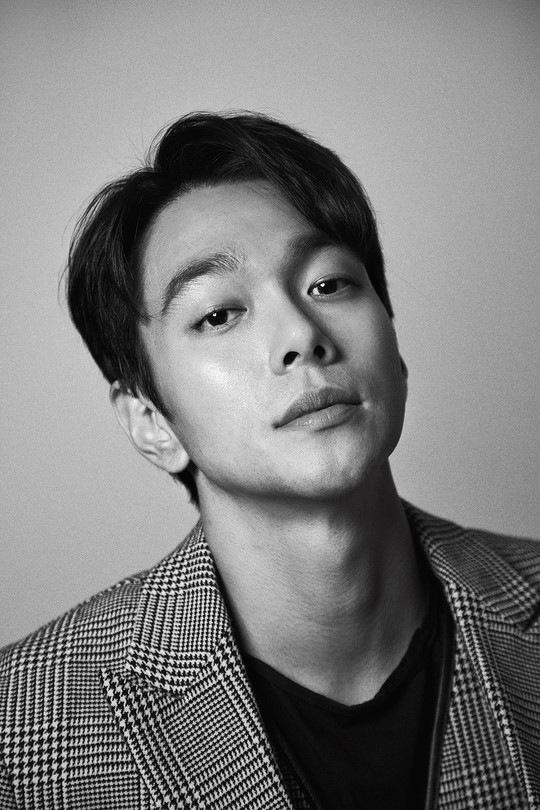 Actor Lee Kyu-han (Wealthy Son, Rude Miss Young-ae) has been added to the line-up of tvN’s upcoming drama, The Man Who Became King. He will be joining Yeo Jin-gu (Reunited Worlds, Circle) and Lee Se-young (Hwayugi, The Best Hit).

A remake of the acclaimed film Masquerade (or, Gwanghae, The Man Who Became King), it’s a prince and pauper story, except in this case, the pauper is also a clown. The king (Yeo Jin-gu) faces numerous threats to his life and seems to be surrounded by enemies in the palace. In an attempt to protect himself and root out his enemies, the king secretly places someone else on the throne — a clown who just so happens to be the king’s doppelganger.

Despite his extensive career, this will actually be  Lee Kyu-han’s first role in a sageuk.

Lee’s character is Joo Ho-geol, an illegitimate son born to a slave mother and aristocrat father. He’s disinterested in human affections, and lives only for numbers. Although his name is renowned as a peerless mathematician – he’s the fastest in calculating figures in all of Joseon – he is restricted by his illegitimate social status and instead lives in the wilderness. However, he eventually becomes a teacher of mathematics and achieves a measure of legitimacy.

As the central story revolves around the king, I think it’s safe to guess that Lee Kyu-han’s character, through his knowledge of mathematics, will become situated in the palace or somehow involved with the intrigue surrounding the throne. The character actually reminds me of real-life historical figure, Jang Young-shil, who came from a similar background and later worked under King Sejong as one of Joseon’s leading scientists and scholars of his time.

Either way, I’m pretty excited! Lee Kyu-han has always been solid, though there is the challenge of adapting to the sageuk speech and mannerisms. However, he really impressed me a couple years back in Scene Stealers which was an underrated variety show in which actors and comedians performed improv sketches (netizens voted on which was best). It sadly ended after 8 episodes but he showed lot of range.

The Man Who Became King will be premiering in the new year, airing Mondays and Tuesdays on tvN starting January 7, 2019.

It's a pity that JANG YOUNG-SHIL was one of those boring sageuks that ruined a near perfect casts. But still, the real life Jang was a real Genius with a capital G.

So Lee is going to be another half yangban to to root for? Only if he is on the king's side. I'm in this for the king! His enemies are going to be my enemies lol.

Yehey!! Villain role please.. Lee Kyu Han in a remake of one of my favorite Korean movies ❤❤❤❤

I was wondering where I saw him before -- it was in Sam Soon as the ex-boyfriend. LOL at his role, Joseon math teacher. I'm guessing he's going to have to teach the clown some math.

Hope it's a meaty role! He's so good in variety because of his wit & dry humour, but he's really a good actor too.

Thanks for your update on THE MAN WHO BECAME KING, @tccolb. I think this is my first time reading one of your reports. Are you a new Minion? If so, welcome aboard! ;-)

I've mainly seen Lee Kyu-han in older dramas: MY NAME IS KIM SAM-SOON, QUE SERA SERA, and CAN YOU HEAR MY HEART, along with the drama special SNAIL STUDY DORMS. It will be interesting to see him in a sageuk.

I see what you mean about the character's being reminiscent of Jang Young-shil. Having watched HWAJUNG, methinks Joo Ho-geol may play a part in Gwanghaegun's artillery and gunpowder R&D program. My grandfather studied mathematics and graduated from college in 1916, before the US entered WWI. When he was drafted, he was assigned to the Army Field Artillery -- to calculate trajectories. (Thankfully, the Spanish Flu kept him from going "Over There.")

I hope this is a big role, I can't tell from this article lol.
But Lee Kyu Han is so underrated! I appreciate his range and think he's great. He can be really cool and gentlemanly or a huge dork. He can be a prince or a pauper, he can be sweet or even menacing. He mostly does the weekend drama thing, so it would be cool to see him in a primetime spot.

Of course we'll need a geeenius character in every drama.

https://www.youtube.com/watch?v=IA2BW4AaziQ They released a small trailer :D of the man who became king!