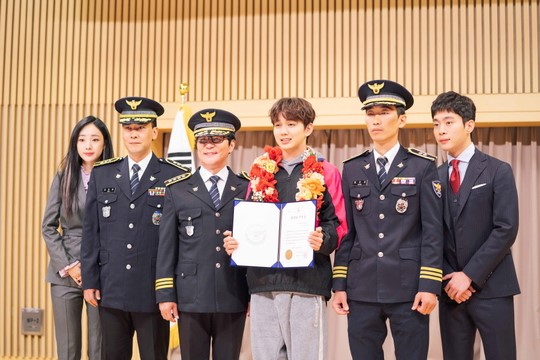 The story is said to be an odd but warm romance about a character named Kang Bok-soo, played by Yoo Seung Ho (I’m Not a Robot), whose name “Bok-soo” means “revenge” in Korean. In his high school years, he is wrongfully accused of committing assault and is expelled. He returns to the school later as an adult in order to take revenge, but things, naturally, don’t go according to plan.

Kwak Dong-yeon plays Oh Se-ho who is described as having a smiling face and a gentle personality. However, the character develops an inferiority complex and a love-hate relationship with Kang Bok-soo. In their youth, Se-ho struggled as a student, but Bok-soo always seemed to be happy and without problems. In his adult years, Se-ho joins the story as a member of the school board.

The stills below show Oh Se-ho arriving at the airport, returning from abroad, and being surprised by something or someone. Filming took place on October 29 at the Incheon airport in South Korea, and production staff praised the actor for showing great concentration despite the difficulty of shooting on location in a busy airport. 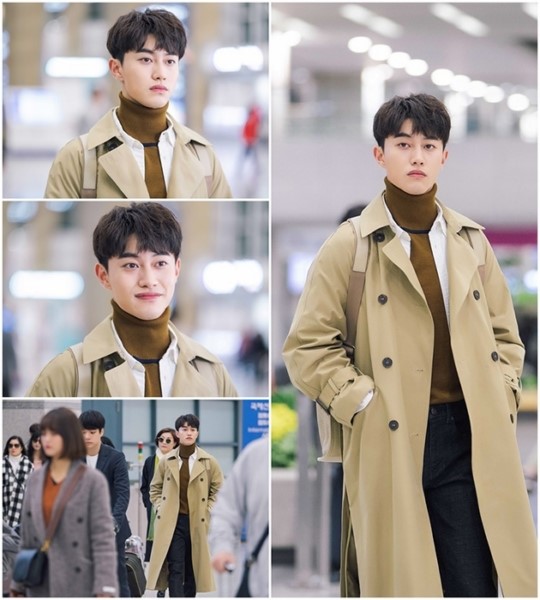 Jo Boa (Temperature of Love) plays Sohn Soo-jung, Kang Bok-soo’s first love, who ends up at their old high school in a temporary teaching position in their adult years.

She is pictured below with Yeon Joon-seok (Your House Helper) who plays Oh Young-min. He’s a student in the top tier “Ivy League Class”, but the lowest-ranked in the group and under a lot of pressure and stress. The two are shown standing on one of the bridges over the Han River. Inexplicably, Jo Boa’s character stands atop the ledge with her shoes taken off and her bag set on the ground.

The scene was shot on a chilly and windy October 31 at the Dongjak Bridge in Yongsan-gu, Seoul. The production staff noted that the scene is a reflection of the current state of education in South Korea and intended to show the importance of communication. 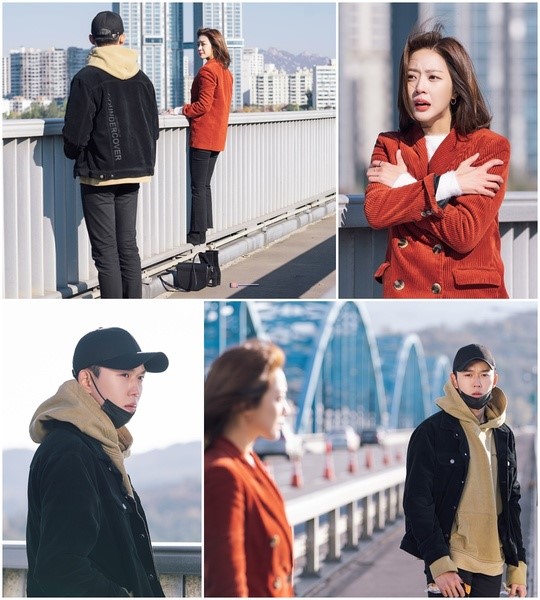 Stills were also released of the main character with his two best friends, Kim Dong-young (Let’s Eat 3) who plays Lee Kyung-hyun and Park Ah-in (Mister Sunshine) who plays Yang Min-ji. The three are shown attending a ceremony in which Kang Bok-soo receives a Citizen’s Award for Bravery. However, while the two friends are dressed formally for the event, the recipient, Bok-soo, is in casual attire.

Revenge Returns will be airing Mondays and Tuesdays on SBS starting next week on December 10, 2018. 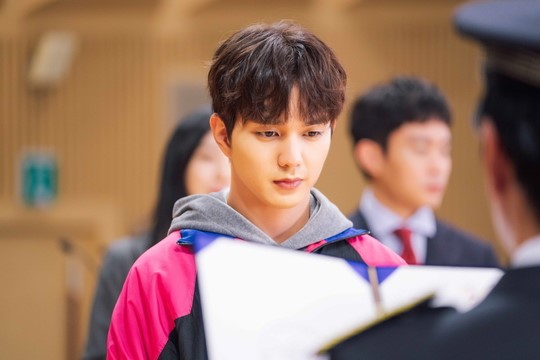 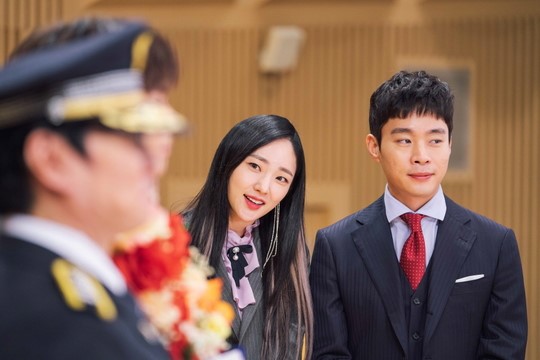 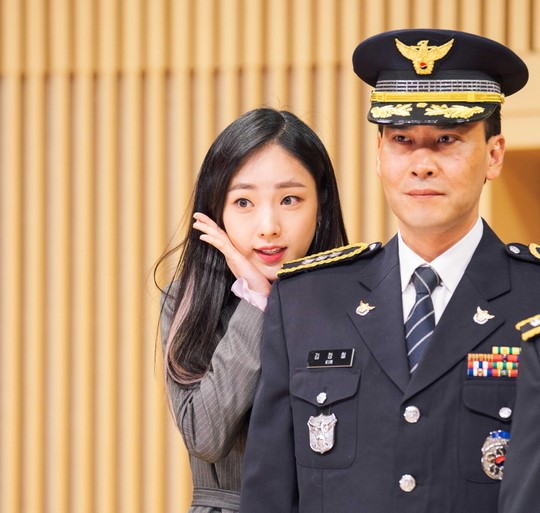 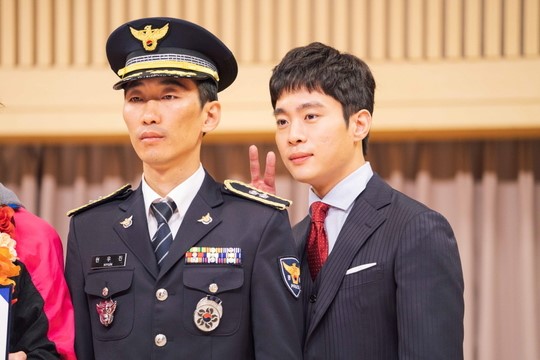 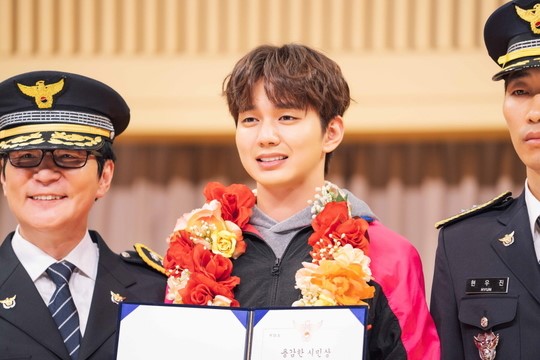 Yoo Seung-ho is SO. Cute.

That face in the last still. Kill me now. Awkward YSH is the best YSH.

The phrase 'On the heels of...' left me really confused because it usually means 'immediately following' though that can't be possible because the premiere hasn't happened yet. Or it has and I'm living in the past?!? Unless the definition of this phrase has expanded to also mean 'immediately preceding'? Or maybe I'm completely wrong about everything. Native/frequent users of English out there, what do you think?

@tonal Hmmm, you are correct.. thats my mistake, thanks for catching that! For some reason, it makes more sense to me the other way around. I was thinking of when you take a step, but your heel touches the ground first before the rest of your foot. 😁

What do you suppose his mother was thinking to name him Revenge?

@Amilia, In most cases, at least in real life, lol, it's because the name is Sino-Korean (based on "hanja" or Chinese characters). One possible "Bok" hanja, for example, is "Haeng-Bok" which means happiness. Thus the real meaning of "Bok-soo" is probably something good. It just so happens that in plain Korean, the literal translation is odd. Of course, drama writers use names like these for the pun factor though so they may not have thought out the actual hanja/meaning behind Bok-soo's name in this case. Not everyone has a Sino-Korean name, though, as it is common to give your child a non-hanja name as well.

That's cool! Thanks for explaining.

(I was envisioning a tragic backstory where he was supposed to avenge his father who was kilked before his birth. Or possibly avenge his mother against his father for abandonning her. I might have been overthinking . . . )

*scooches out of my kitchen to come give YSH a hug*

Nervously anticipating this one! It’s the Crying Master, so tissues have been prepared already.

*scooches back because personal boundaries*

He’s such a cutie pie! I’m going to check this just to see him awkward ha!