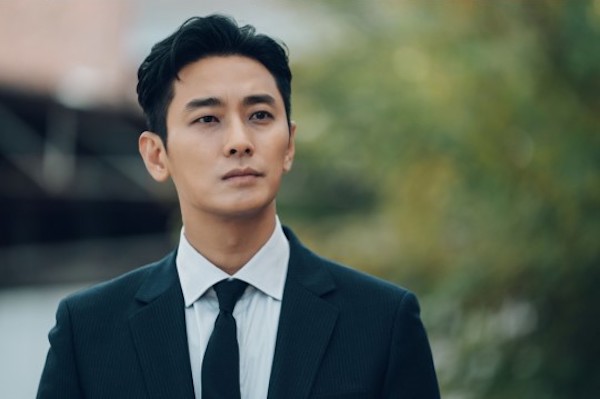 More of Joo Ji-hoon (Along With the Gods) can only be a good thing. I’ve been looking forward to his comeback in zombie sageuk Kingdom (premiere January 25), but it looks like we’ll get a double dose of him via fantasy legal drama Item.

Based on a popular Kakao webtoon by the same name, Item is about the quest of a man and a woman to search for the truth behind the secrets and conspiracies surrounding these mystical items that have supernatural powers. But this is a K-drama, so of course there’s mentions of tangled destinies between the two.

Joo Ji-hoon stars as a foolish prosecutor who chooses to become a one-man whistle-blowing operation against the prestigious (but oh so corrupt) national prosecutorial department. Like many fighters for justice, he falls to rock-bottom for sticking to his code of morals, but even then, he doesn’t despair. Jin Se-yeon (High-End Crush) plays a criminal profiler from the Seoul Provincial District Investigative Bureau. She’ll be on Joo Ji-hoon’s side, trying to protect the magical items and fight for justice.

In her teaser, Jin Se-yeon analyzes the profile of her case, “It is strange. They all seem like the same case.” Even after repeat analyses, she can’t seem to get a lead. All the while, memories of her dark past keep haunting her, but she doesn’t give up.

Meanwhile, Kim Kang-woo (My Husband Oh Jak-doo) is the major villain in this drama. His character is the VP of a large conglomeration, and also a sociopath who wants to take the items by whatever means necessary. In his teaser, Kim Kang-woo reveals his true sociopathic self as he mocks humanity, “Isn’t it fun? I’ve always liked watching people who have been driven into a corner start to rant and rave.”

However, Kim Kang-woo hides behind a facade of humility, and he even pretends to apologize for something to the public, kneeling before the cameras. But in actuality he regrets nothing, as he send more men to capture a powerful item that will help him achieve his selfish desires. The copy that flashes on screen says, “Why believe in God? I am God.” The teaser closes out with him asking, “Do you still see me as a monster?”

During an interview, Joo Ji-hoon said that he admired his character for his tenacity in doing whatever he started with all his heart. Additionally, he was attracted to the project because of the grand visual effects involved. Regarding the plot, Joo said the scale that it tackles is large, but the major themes are justice in society, familial love, human love—all of which are relatable to all people. 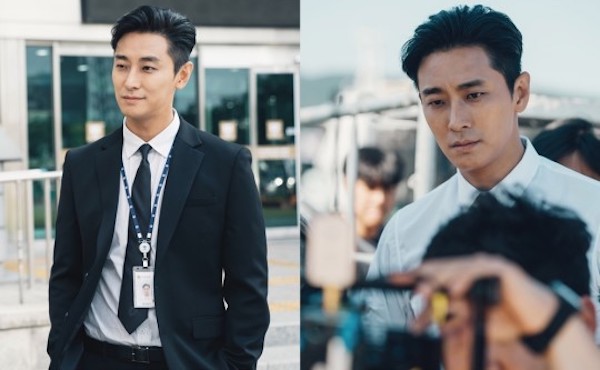 I am so looking forward to this. All the elements and actors I really like. And it's on Viki.

Kim Kang Woo as a villain. What else I can say. I really hope he’s going to be chilling and terrifying, can’t wait for his performance.

Agree! Although, I really liked him as the country bumpkin is My Husband Oh Jak doo.

I loved him as a villain in A Story of a Man. Have you seen it?

One of the most iconic villain in kdrama. I'm still ambivalent how should I feel about chae do-woo

That's why it was such good writing.

Jin Seyeon looks okay in the teaser. I might actually going to give this drama a try. Or am I just trying to convince myself to watch it for Joo Ji Hoon & Kim Kangwoo? Heck, I don't even know why I am being so prejudiced against JSY. I never watched her in anything.

Anyway, this is the first time I see KKW in an antagonist role. I'm going to miss the ahjussi dimple smile.

And JOO JI HOON! 😍 Still melting from the clips of him with Soo Ae in Mask. I hope he pick a rom-com for his next project.

You arent prejudiced against the girl imo, she really can't act how she keeps getting jobs is beyond me. She always has the same expression on her face nd I absolutely despise her "pretty crying"... like just no.. im going to pass on this one, I've suffered through her acting coz I liked the leading guys but for my own sanity I wont sit through this one. She's consistent with how bad she is. Like whatever role not even one good decent one lol... anyways rant over, im sure you can check this one out since you'll be seeing her "pretty acting" for the first time, enjoy. I'll stick to recaps if there's any :)

I think I get this prejudice from the reviews such as yours. 😂

But I think I will give the drama a try. Maybe the focus will be on the 2 guys so I can ignore the bad acting.

You haven't seen KKW in an antagonist role? Try 1) Story of a Man, 2) Goodbye Mr Black. I thought there was another but I can't seem to remember. I liked both endings for him of the above dramas.

Heard good things about both dramas. Unfortunately, revenge drama is not my cup of tea. But I will keep these dramas in view.

Jin Se-Yun isn't a very good actress. She has seemed to improve some in her latest rolls (she was passable in High End Crush and Grand Prince) but there are still plenty of other much more talented actresses out there. Even though Gaksital is one of my favorite dramas, she almost ruined it with her super wooden acting.

Let's pray she improved move with this project. 🙏

Who knows? Maybe the writer will be able to draw out a decent performance out of her

We shall think positively. The drama too good to be missed for 1 possibly bad actress.

Totally agree. I'm indifferent towards her, but a drama with Joo Jihoon and this writer is not to be missed!

Gaksital was a very well written drama nd she was just bad so I doubt that very much. I think she should go for the "candy" roles nd leave everything else for ppl who can act.

He's amazing in Mask. I'm on ep19, sad to be so close to the end, but happy to wait only a few weeks for this new show to begin.

i'll watch for Joo Ji Hoon... been watching him since Goong...

he was STEAMY in GaIn's music video - when they started dating, but now they have broken up... he's sort of a Bad Boy type of guy, there was some issue with drugs? can't recall...

Been watching Joo Ji hoon since The Devil. Best revenge story ever.

Yes, it was pity that JJH and Gain broke up.

JJH got into trouble for drugs in 2009. He only active again after his discharge from military service.

MBC is trying to be the new OCN.

I heard fantasy legal AND I'M ALL IN!!! Haven't watched any since Vampire Prosecutor and I Hear Your Voice a loong time ago... Definitely going to watch it!!!

And both of the leads were in a drama together before. But I'm not sure anyone remembers XD

I'm not sure about dramas but they were both leads in the movie THE TREACHEROUS.

They were also in a drama called Five Fingers along with Ji Chang Wook. It was around 2012.

OH, yeah, Treacherous. Only thing I could not watch with the both of them. Terrible, terrible.

Our husband as a villain!

Jak-do yaaaa
Kim Kang-woo has done so many roles, but country bumpkin Jakdo-yaa is my favorite 😄😄

JJH looks different in the Teaser... I didn't recognise him at first...

I've seen Jin Se Yeon for numerous times in drama, but I never watched the drama FOR HER. I watched Bridal Mask for Jo Woon, Five Fingers for Joo Ji Hoon, Doctor Stranger for the plot, Grand Prince for Jo Sang Wook and Yoon Shi Yoon. I'm never fond of her acting, but the lead man's is always good.

Our dear Crown Prince Lee Shin has finally shed off the bad light.. So happy to see him in successful projects again. Now if only I could say the same for YEH.. 😔 Still crossing my fingers for her though. But she seriously needs to change her PR or something. How come she always picks bad projects??? Her acting skills are wasted on them.

-Crying-
The same here girl , the same here
Hope she gets a stunning comeback

I am guessing her image is still suffering from her plagiarism scandal so the projects offered is probably limited. I too am waiting for her grand comeback.

I guess this isn't a romance, good. Because Jin Se yeon is one of my least favorite kdrama actresses. Otherwise the two male leads are bad ass.