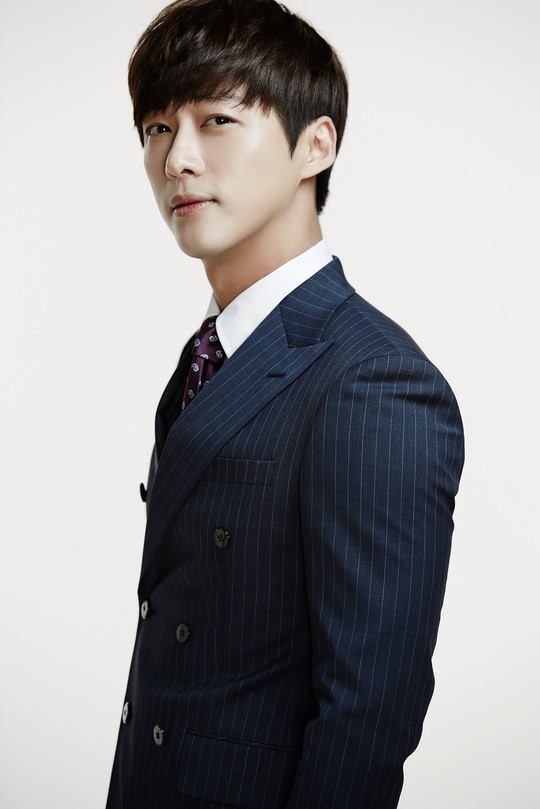 We’ve been waiting months for confirmation, and now we finally have it. Actor Namgoong Min (Handsome Guy and Jung-eum, Falsify) has accepted the lead role in his first-ever medical suspense drama, the upcoming KBS drama Doctor Prisoner.

The drama is centered around Namgoong Min’s character, Na Yi-gae, who is a genius doctor. He’s one of the best doctors at his hospital and an ace in the emergency ward. He’s not just highly competent, he’s also committed to putting his patients first, and compassionate as well. However, Na Yi-gae somehow becomes involved in a malpractice incident and subsequently ousted from the hospital. Starting his life over again, he begins working at a prison facility as Chief of Medical Care, but fate seems determined to keep his life in turmoil.

PD Hwang In-hyuk will be directing Doctor Prisoner; his most recent project was Laurel Tree Tailors. Writing will be done by Park Kye-ok.

I still generally prefer lighter dramas, but the pull of Namgoong Min is pretty strong. I’ve liked him since the early days of his career when he played a lot of second leads (which resulted in serious, chronic second lead syndrome). However, it’s great to see him now firmly established in lead territory. Will have to add this one to the never-ending watchlist as well!

Doctor Prisoner is currently set to premiere later this year in March 2019.

I hope it is better than The Undateables.

It has to be better, & I'm pretty sure it isn't that difficult..

(Hopes KBS doesn't take that as a challenge.)

I only watched like 15 min of that Go Kyung Pyo prison-doctor drama and dropped it. Hopefully, this one will be better.

tgis reminded me of cross too, when i saw those two words, prison and doctor

That drama sparked my curiosity for organ trafficking, something that doesn't exist on my country.
Now I'm better informed about that, so that's a positive....

His gorgeous face with that damn black hair, wearing blue jackets helped me watch like fourteen episodes of The Undateables. This time I will start for his look too and wish to stay for the story🤞🏻

*sigh* Same here. I watched all of The Undateables because of this beautiful weirdo. Not the best way to use 16 hours+ of my life.

Same. Why do we do this to ourselves?

Because that guy is too handsome to be ignored 🙊

But not the worst either.
One day I’ll be strong enough to ignore the countless flaws of this drama and watch the rest for this man’s hair’s sake!

Wah.. good job! I've wasted around 4 hours of my life for "Undateables"

O come on. Seeing his face is not wasting time😍 If it wasn’t because of Hwang Jung-eum‘s weird make up and her inside parts of lips being red while the rest were pale, I wouldn’t mind watching till the end cuz Namgoong Min is one hot baby boy.

I actually love when he plays serial killers and psychopaths. I remember watching Beautiful Gong Shim after having watched one where he plays a serial killer and I couldn't get that out of my head until several episodes of Gong Shim passed

Yeah he was afraid of typecasting. When DramaFever gave him the very rare Best Villain award he tossed the stock thank you script almost every other Korean actor used and made a point to say "Thanks for the villain award I'M NOT DOING THAT AGAIN RIGHT NOW I'M DOING COMEDY THANKX!!!!!" I mean to worry you're getting typecast on an international level? He had to be serious about that.

First Junho and now Namgoong confirmed dramas! But why a medical drama Namgoong Min? I don’t like medical dramas. 😭 The only good thing here is the potential for meeting interesting people at prison.

I’m also thinking that Hospital Ship had a similar premise (exiled to a ship for malpractice) but it failed to exploit that setup and went for a typical love triangle.

Both dramas will also premiere in March, I think.

Also, they were both filming The Undateables and Wok of Love at the same time, even had a commemorative photo behind the scenes, and both dramas had messy writing. So let's hope there's a parallel and their newest dramas are worthy of the talents of everyone involved.

Don't mention Hospital Ship when we're talking about a prison doctor or next time they'll use a ship as the prison :)

I'd whittle it down to about 4 episodes and then it would be watchable.

Is it just me, or does he look like he's 16 in that picture?

It sounds a little bit like Romantic Doctor Teacher Kim, which I loved! There wasn't too much romance in that either. Hope he gets a good cast to work with and some great storylines!

this isn't a proper kdrama if its not a geeeeniiuss doctor 😂

but for Namgoong Min, gonna check it out for sure

i'm still waiting for a Dr. House kdrama adaptation. That would be sick. (Pun intended)

i never knew i would want an adaptation like house till you mentioned it. 😊
tho I highly doubt if they could ever top that performance of hugh laurie

Maybe it'll be like Prison Playbook but centered on the medical office?

I love him to pieces but it's hard to imagine him now without a hook like being quirky-funny or seriously scary. Genius doctor sounds kind of boring, for him.

Can't lie, I was waiting for the genius doctor to happen.its just like a rite of passage, only if I could see yoo seung Ho in scrubs🤔.dramagoooooooddds!!!

I hope we have some good writing that is deserving of the range that Namgoong Min can deliver. He is absolutely one of my favorite bad guys, quirky and funny guys. Not many can kill it all those areas.

I really liked him in To the Beautiful Gong Shim and The Good Manager Kim. Hopefully we will see more of that and less of Undateables.