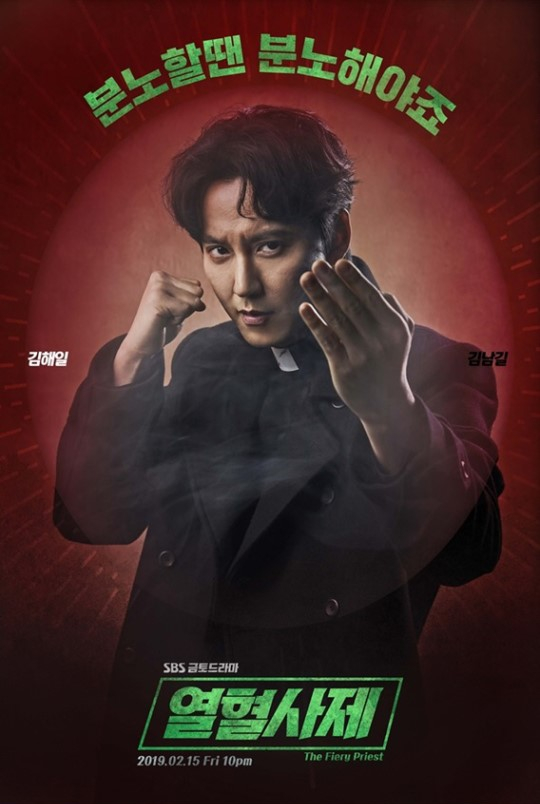 I’ve been needing a good comedy lately, so I’m eager to check out SBS’s The Fiery Priest when it finally premieres next week. The show has released character posters for our four main players, Kim Nam-gil (Live Up to Your Name), Kim Sung-kyun (Untouchable), Honey Lee (Rebel: Thief Who Stole the People) and Go Joon (Misty), and I can’t wait to see these characters start interacting what promises to be a rollicking good time.

First up is our titular fiery priest, whose poster lives up to his moniker: Kim Nam-gil is shown in a fighting pose, with a come hither hand motion accompanying his combative expression. His tagline pretty much sums up his character, as well, with him announcing that “when you’re angry, you’ve just got to be angry.” He definitely sounds like a handful, and I’m not entirely sure that his eventual partner-in-crime(busting) Kim Sung-kyun, will be able to handle him. The detective’s poster doesn’t inspire too much confidence, despite his holding a gun. His caption reads, “I let my guard down because he’s a priest.”

I’ve only ever seen Honey Lee in serious, dramatic roles, but I’ve heard that she can hold her own in a good comedy (see: Modern Farmer), and I always have major respect for actors who has the requisite range to pull off a comedic role. It’s also refreshing to see a potential female antihero/not-actual-villain-villain, and I can see Honey Lee playing her self-serving character with aplomb. Even her poster cracks me up, sporting a veil and holding a rosary in a picture of humble piety, which is completely at odds with her self-satisfied smirk and her tagline (“I believe I am in the right”).

And last, but certainly not least, is the formidable Go Joon, who will be playing a former mob boss-turned CEO, though by the look of his poster, he hasn’t totally shaken off his mob boss mentality. Though he dresses the part in a snazzy three-piece suit, he has a rather alarming, threatening look on his face, and says, “Even if I were to go to hell, I would just become the boss there, wouldn’t I?” I certainly won’t argue with him there.

The Fiery Priest will premiere on February 15, and will air on SBS’s new Friday-Saturday drama slot. 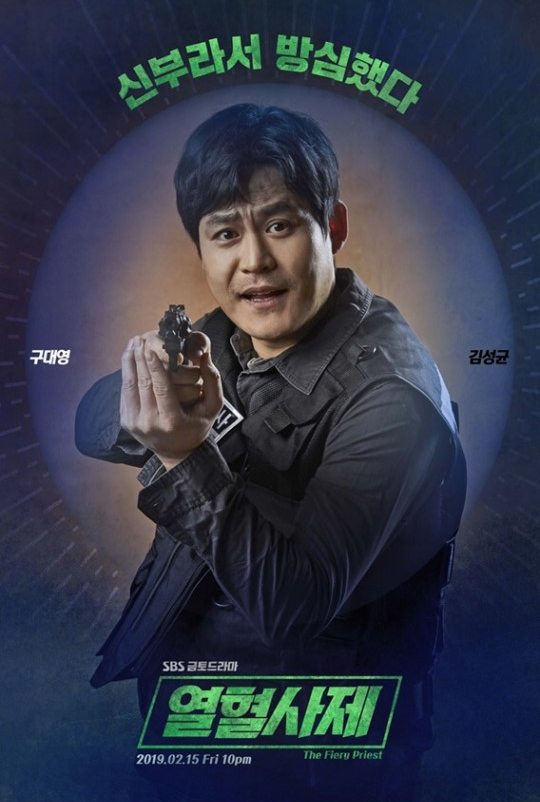 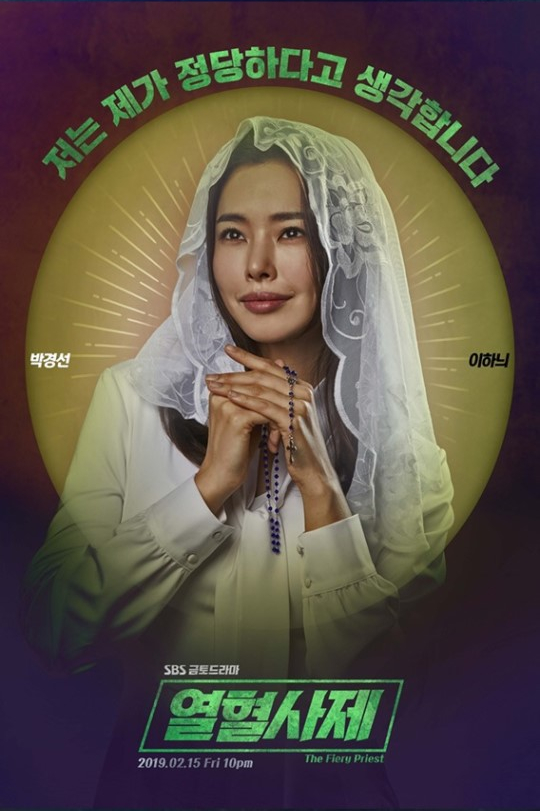 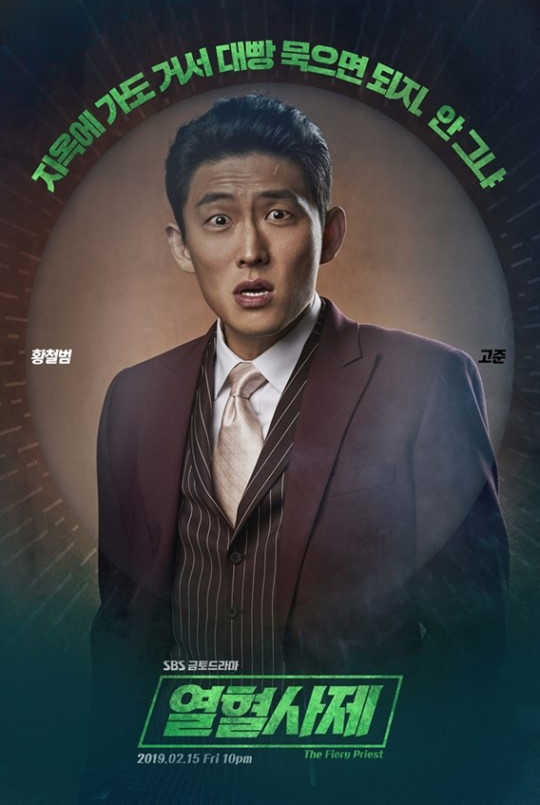 the honey lee poster is a MASTERPIECE!!! i love it.

That Kim Nam-gil poster would look perfect on the door to my office. :-)

Your office? The first rule of Fight Club is you do not talk about Fight Club.

For a sec, I thought Kim Nam Gil was Thai actor Mike D’Angelo 😅

I loved Go Joon Ahjussi in Misty, so apart from Kim Nam Gil one more reason to watch this😍😍😍

Excited for this one! I hope it can deliver on the comedy and doesn't end up getting bogged down by unnecessary drama. I need a good laugh!! Honey Lee has always been a fave and I recently came to appreciate Kim Nam-gil after watching him in Live Up to Your Name - he was hilarious!

Live Up to Your Name is an underappreciated gem! I wish Viki would get it so I could rewatch!

It was sooooo unexpectedly good. And the romance aspect was one of the best!!!

Bogged down? No, we need necessary drama. Comedy only gets boring.

reason to watch this? the actors and a good comedy is coming for sure! i love kim nam-gil and honey lee.

Always rooting for Kim Nam Gil!
Loving these posters. Can I get some candles with Kim and Honey Lee's poster on 'em?

Can't wait to see what adventure Kim Nam-gil and Honey Lee get involved with!

I've only seen Go Joon in Misty and he was pretty good as the guy you just loved to hate in that one. Let's see what he does here.

When I see Go Joon I think of Kevin Lee. If Kevin Lee’s wife Eun-joo had taken up his offer to go to Hawaii for the honeymoon they never had then Hye-ran would not have bumped into Kevin at the airport and a lot of unpleasantness would have been avoided.

Yes ..... you've pretty much summed it up. It's obviously been a while since he played the Kevin Lee character, but it seems he made quite the impression because the default response is certainly, "Oh. It's that jerk Kevin Lee guy" ..... or something along those lines! Heh!

Or maybe it's just me.

Go Joon needs to be in more dramas.