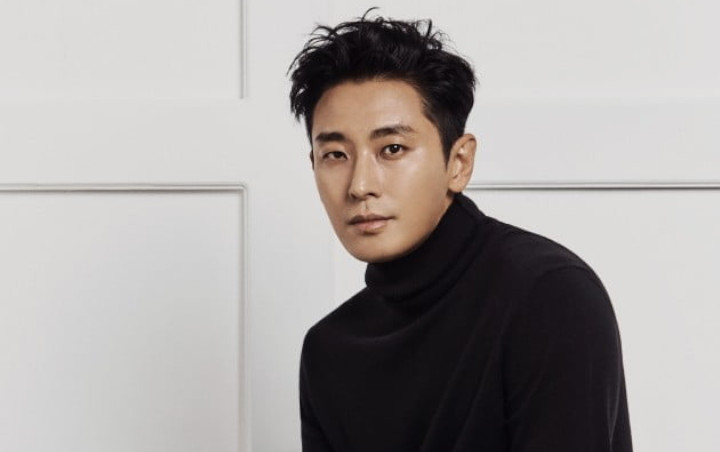 This week it’s Joo Ji-hoon’s turn in the spotlight. Though more often a film actor than a drama regular, Joo Ji-hoon has been omnipresent in dramaland of late, thanks to his starring roles in Netflix’s Kingdom earlier this year, and the currently airing MBC drama Item.

Joo Ji-hoon was born in Seoul, South Korea in 1982, and originally debuted as a model back in 2003. After getting cast as an extra in a couple of dramas, Joo Ji-hoon made a splash as Goong’s male lead in 2006. Also known as Princess Hours, this drama sensation was a bit hit for Joo Ji-hoon and his co-star Yoon Eun-hye.

After Goong, Joo Ji-hoon’s career was on the rise, and he stuck mostly to films, until a very public drug scandal in 2009 nearly sunk his career. After a period of reflection, and his mandatory military service, Joo Ji-hoon returned to the big screen in 2012. Since then, he’s been very active, and has seen success with films like Along with the Gods. Likewise, his recent return to dramaland has also been surrounded by positive buzz.

Here are some dramaland moments from Joo Ji-hoon, followed by his full filmography. 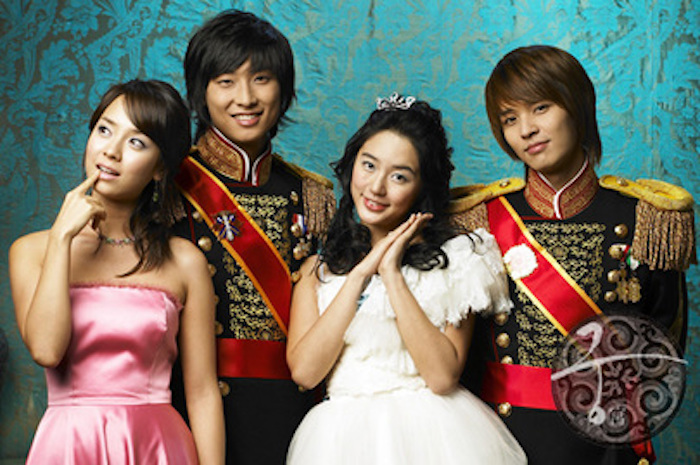 I love to catch up on my drama classics whenever I can, so I’m adding this one to the list. A big hit when it aired (with over 28% ratings) and a cult favorite afterwards, Goong featured a Korea set in a fictional monarchy. Of course, mention an imperial family and all I can think about right now is Shin Sung-rok flipping tables in An Empress’s Dignity, but I think Goong is more on the My Princess spectrum of the fictional monarchy setting. In the drama, Joo Ji-hoon played the crown prince, and Yoon Eun-hye played the everyday girl he was betrothed to. Like many big Hallyu hits from years ago, this one was career-making for both the leads and the second leads John Hoon (a.k.a. Kim Jeong-hoon) and Song Ji-hyo. It sounds like the drama had the love square that was pretty standard at the time: a hero that dislikes the heroine and yearns for his ex-girlfriend/first love who is vying for the attention of the second male lead who is in love with the heroine, at odds with the hero, and for some reason always seems to finish dead last in love. And with that, I have convinced myself to watch it. 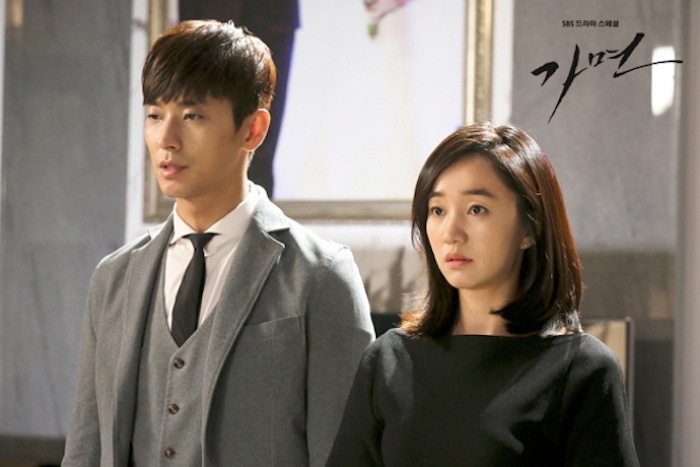 It’s no secret that I love a good melodrama, and Mask was a lot of fun. Good news for Su-ae fans (like me) — there’s not one, but two of her! In Mask, Su-ae played the struggling sales clerk heroine and her doppelgänger, a powerful congressman’s daughter. Double identities and doppelgänger intrigue always make for a good story, whether it’s rom-com or melo, but I liked it particularly in Mask. The story was basically a web of playing pretend, switching identities, psychological mind games, and trying to uncover the truth. I enjoyed how Mask featured a heroine that was often more heroic than the hero — and really, Joo Ji-hoon plays psychologically damaged quite well. This drama also did a nice job with its theme of masks, and how living a false life leads to unhappiness. 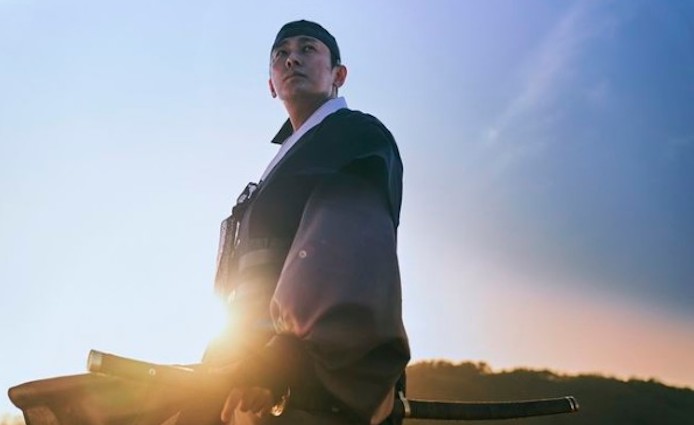 While I have mixed feelings on Netflix producing Korean dramas (which I won’t launch into here), I can’t argue that they did an amazing job with their production of Kingdom. Written by Kim Eun-hee of Signal, and adapted from a popular webtoon, the drama is the six-episode story of a zombie outbreak during the Joseon Dynasty. Something about the historical setting and zombies gives me the heebie jeebies already. While I’m not really one for zombie stories, this drama has some serious lure — not just the great cast and production team, but the rich world the story creates. Sure, I might have been a tiny bit more inclined to watch it with Song Joong-ki in the lead (he was offered the role before Joo), but hey, Joo Ji-hoon is a darn good backup plan.

I recommend all of you to watch Gain-Fxxk U MV for a very intense Joo Ji-hoon. Fun Fact: The couple dated a few years but sadly have broken up.

I have no idea what was their relationship like. I like them both, thought they suited each other and hopes for the best for them.

i watched Five Fingers for Joo Ji Hoon and discovered the whiny charismatic Ji Chang Wook to add to my ever-growing list of favs...
*finger hearts*

Gotdamn I love him.

I remember seeing The Devil and wading through Joo's performance (flat and wooden) to get to Uhm Tae-woong's. Years later I looked up who he was after seeing him in something else and had a huge "that guy?" moment which let me know how much he had improved.

I'm going to have to watch Goong. It sounds like some nice summer fun. I think it was last summer that I finally watched Full House.

I loved him in Goong, truly a gem of a drama. Kingdom was fabulous, but there is no amount of lust/love that can make me continue with Item.

I don't care what anyone objective says, Mask was brilliant.

Mask was hysterical in a good way.

a very very good way , and i wouldn't say hysterical but psychopathic 😁😁

He liked her sooo much!.
Tender love gestures seem silly from other actors, but he allways convinced me that he adored her, even when traying to lie to himself : "I don't want to want you".
Even the accidented first kiss was sooo hawt!!

I agree! The romance was beautiful - his joy when she agreed to share a bed with him! 😂❤️

I love Mask too. I thought the actors & actresses did really well. Yes, the plot was makjang but one should expect this from the melodrama genre. JJH and Soo Ae was so cute together. 😍😍😍

I loved Antique, a delicious little movie with a genuine French accent.

He was so good in Antique. So were Kim Jaewook and Yoo Ah In who was so so young and adorable when he flew into a rage. Last time I re-watched Antique was when The Guest was on, then I watched it again very recently when I dropped Item. I love everything about this movie except the two musical numbers, which I always ff.

i have watched all of them so i guess you could say i love joo ji hoon. it started with Goong!

I have enjoyed watching Joo Ji Hoon in 'Goong' and 'Mask' and have found that he has improved a great deal.

A little point about Goong:

It sounds like the drama had the love square ... : a hero that dislikes the heroine and yearns for his ex-girlfriend/first love who is vying for the attention of the second male lead ...

The love square was kind of open at one side so there was no vying for the attention of the 2nd male lead. It had cold male lead A (JJH) ambiguous over whom he liked for quite a long time, while 2nd female lead B (SJH) decided that she should get A back, and while nice guy 2nd male lead C (HJH) liked female lead D (YEH). So there was no line joining B to C. I liked that they were 'kids' growing up in that show and fumbling along trying to figure out how to be married. :-)

Thanks for the deets! It's nice to see how well-loved this drama is. Sounds like a delight. *Adds to top of marathon list*

"And suddenly K-dramas stop being complete stories that stand on their own and start mimicking the structure of American TV. I’m going to go cry now" , Please don't cry .
At least it is/was very good , *HUGS*🤗❤🧡💛💙

I remember him in Goong...loved that drama so much. Weird to watch now as it looks so old! aahahahah. I remember the scandal that nearly tanked his career. I watched Devil which was okish but very heavy (from what I can remember).
Saw him here and there after that but never really paid much attention to him. Somehow he reminds me of Leo di Caprio...he was everywhere then The Beach happened and he got off my radar and when he came back he looked all grown up. That it the same vibe I get from Joo ji Hoon. Loved him in Kingdom (I completely forgot that song was offered this role) and really happy to have him back on my list of favs.

He is an excellent actor!