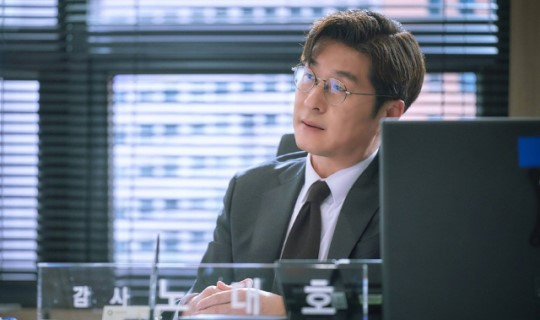 Trust dramaland to take the most innocuous job ever and somehow make it into a high-stakes thriller. MBC is busy preparing for its next Wednesday-Thursday show, titled The Banker, and has released several stills of its main lead Kim Sang-joong (Rebel: Thief Who Stole the People). He’ll be joined by fellow veteran heavyweights Chae Shi-ra (Goodbye to Goodbye) and Yoo Dong-geun (Marry Me Now), as well as promising young talent like Ahn Woo-yeon (Let’s Eat 3), Shin Do-hyun (Dance Sports Girls), and Cha In-ha (Clean With Passion for Now).

Kim Sang-joong will play the titular “banker,” a former small-time branch manager of Daehan Bank with a flailing career, who unexpectedly gets promoted to headquarters as an auditor. He, and other employees in the auditing office, will investigate corporate corruption among various organizations. Which I’m sure ruffles more than a few feathers, judging by the menacing figures cornering our poor hero in a darkly lit alleyway at night. The show is definitely selling the underdog story, pitting a bank employee against corporate giants. But with Kim Sang-joong playing the auditor, it almost feels like a fair fight.

Directing is Lee Jae-jin, whose credits include Woman With a Suitcase and Strange Daughter-in-law. Penning the script will be writers Oh Hye-ran, Bae Sang-wook, and Seo Eun-jung. The writers all seem to be newbies, and only Oh Hye-ran has any credits to her name, though it’s pretty sparse, with one web series and a drama special to her name. The behind-the-scenes crew is a little underwhelming, but I’m hoping that the onscreen talent will more than make up for it.

The Banker will premiere on MBC on March 27, following Spring Must Be Coming. 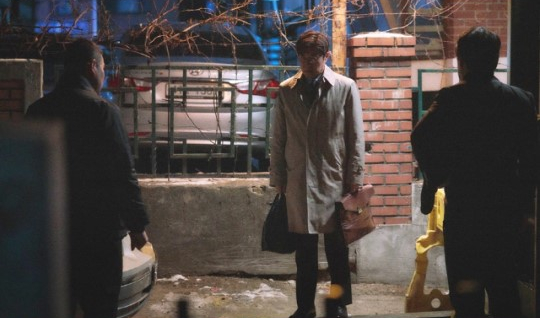 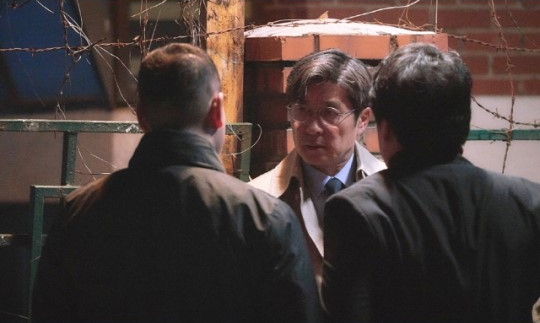 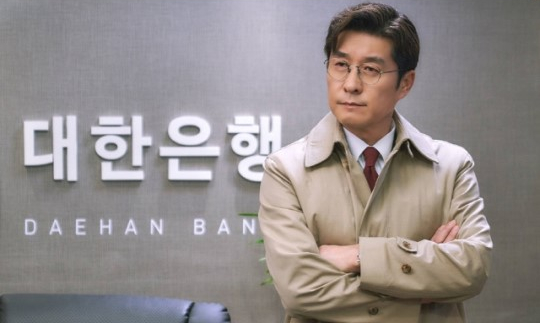 Thanks for the casting news, @ tipsymocha.

Amogae as bank auditor. I can see him as a badass with amazing bookkeeping-fu to ferret out embezzlers. But will he get to express his charming side, a la Namgoong Min in CHIEF KIM? I loved Kim Sang-joong as resort executive Big Uncle in LIFE IS BEAUTIFUL. Beneath that all business, all the time exterior lurked a romantic marshmallow. I don't get the feeling we'll be seeing any of that in THE BANKER.

Life is Beautiful: one of my favorite dramas! :)

LIFE IS BEAUTIFUL is one of my faves, too. I watched it after REBEL, so had major whiplash at the sight of Amogae in black leather tooling around on his motorcycle. LOL! ;-)

What a talented veteran cast!!! Chae Shi-ra my queen In-joo <3. Kim Sang-joong the father of all rebels <3.
Where is Park Kyung-soo? The writer of THE CHASER and PUNCH etc.

Yeah, this has been under the radar but I've been on the lookout thanks to Chae si ra and the rest of the amazing cast. And a lot of daesangs between her and yoo dong geun, haha.

Yes Yoo Dong-geun is charismatic in his sageuk roles. TEARS OF THE DRAGON (1996) was my very first sageuk with Yoo in the lead role.
Sadly the whole drama wasn't fully subbed but I kept watching since it was pretty much based on the establishment of Joseon.

It's so good to see them headlining dramas again and I'm happy for the new actors who will be working with them.

"Where is Park Kyung-soo? The writer of THE CHASER and PUNCH etc."

My thoughts exactly. I think it's been 2 years since "Whisper." Every time I see a DB headline about a new crime/suspense drama I expect the writer to be Park Kyung-soo.

Park is due for a new drama right? He has a flawless track record in my book.
I kept hoping that JTBC will steal him from SBS lol.

I'm glad I'm not the only one who is waiting impatiently for his next drama.

Japanese remake i think.
or copy-paste - so credit goes to the source.

Hanzawa Naoki is one of my favorite dramas.

I like when the drama is not all about love and romance (which most of the time is unrealistic), but I also don't enjoy that much corruption and great corporations and chaebols themes 😔
Whatever happened with old traditional family related themes in dramaland??- I wish I had something with children and even pets... 😐

I'm quite excited about this drama. The cast looks great (Kim Sang-joong is an excellent actor) and I like dramas that don't center around romance.

Yay for the queen!

This is like My Beautiful Bride lol, with all the bad guys going "Who is ruining our plans?" "Oh, it's this guy form the bank."