The yangban, the merchant, and the rebel leader in SBS’s Mung Bean Flower 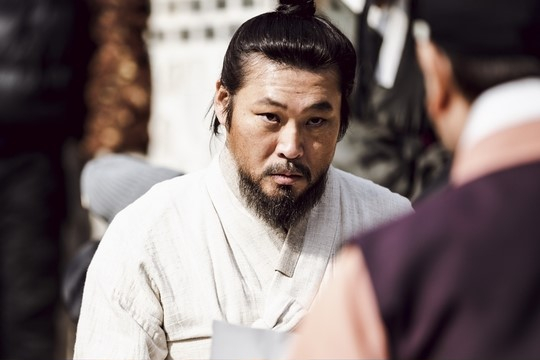 Ask and ye shall receive! Ever since SBS’s Mung Bean Flower released its first teaser featuring Jo Jung-seok (Two Cops), I’ve been eagerly waiting to see the rest of the main cast in character. Though it might not be another teaser, the show has released stills of Yoon Shi-yoon (Your Honor), Han Ye-ri (Switch), and Choi Moo-sung (Mr. Sunshine), which already have me excited for what’s in store.

Yoon Shi-yoon, in his aristocratic garb, plays the legitimate half-brother of Jo Jung-seok’s character. Their father is a notorious and wealthy government official, though his station isn’t too high on the yangban totem pole. Yoon Shi-yoon’s character is described as everything opposite to Jo Jung-seok’s: Articulate, patrician in manner, with an air of high society about him. Like his half-brother, Yoon Shi-yoon’s character will undergo a dramatic transformation thanks to the peasant rebellion he gets swept up in, which sounds a little sad, given that he starts out as a young and intelligent man who hopes to reform Joseon from within the system.

How much do I love how fierce Han Ye-ri looks in these stills? Her character is described as a “woman of steel,” which sounds about right for a woman who aspires to become the foremost guild master of all of Joseon. Born as the only daughter to the head of a regional merchant guild, she’s also the owner of a well-known inn, an unenviable job that sounds a lot like a school teacher with a lot of hot-headed boys in her classroom. She might want to employ Choi Moo-sung to quell any rabble-rousers, which I’m sure he could do quite quickly with that impressive glare of his. Choi Moo-sung is the only one of the main cast who is playing an actual historical figure, Jeon Bong-joon, and I’m really looking forward to seeing the actor play the charismatic rebel leader, which I’m sure he’ll do with aplomb. 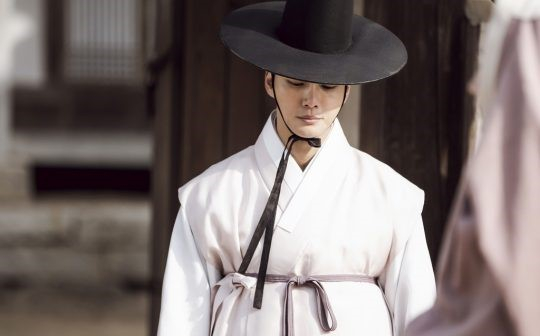 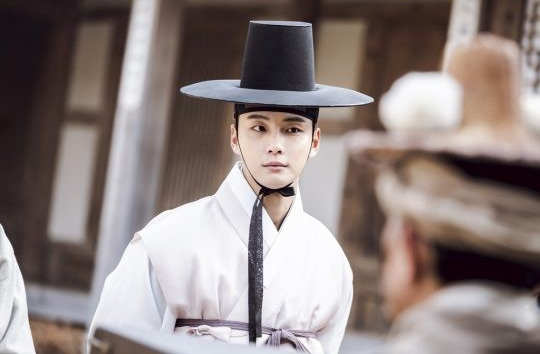 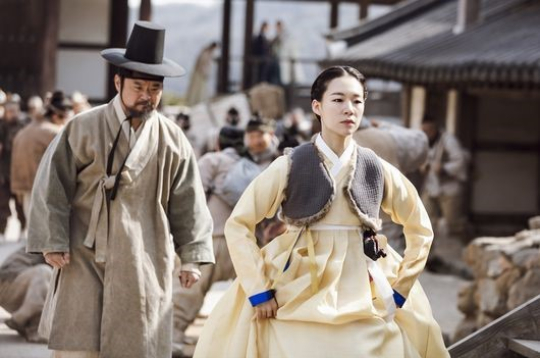 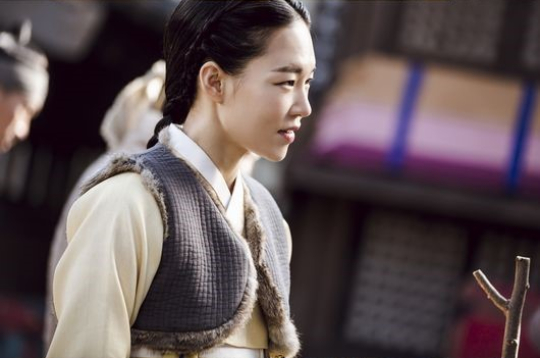 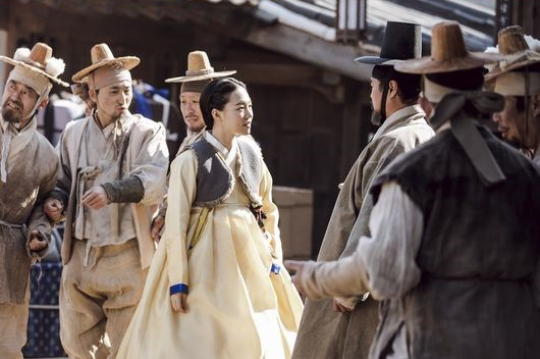 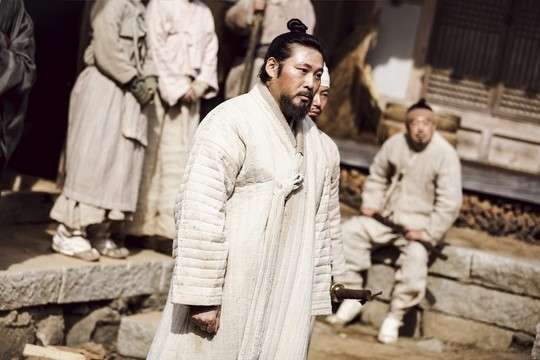 I will be honest, I'm very hype for GoT lately and not so much for dramas. But I wil watch any drama with Jo Jung Seok and I like the Han Ye Ri and Yoon Shi Yoon too.

The cast is amazing.

And the people behind the drama are pretty solid in sageuks.

"Ask and ye shall receive" Yes yes yes. Before Han Ye-ri was cast I did ask for her to be the leading lady back in November.
http://www.dramabeans.com/2018/11/jo-jung-seok-yoon-shi-yoon-offered-brother-roles-in-sbs-sageuk/#comments
Thank you drama God (PD Shin)! Give her a sword and let her dance.

They are stalking your DB comments! I tend you look to you for sound sageuk advice and have not faltered!

You are too sweet @ally-le. I do look for your comments when it comes to medical shows :).

"Give her a sword and let her dance." Amen!

Great call @kiara. (We miss you in HAECHI land.)
I have only seen Han Ye-ri in SWITCH and Ma Dong-seok’s film CHAMPION (2018).
I went back and enjoyed looking over the previous comments.
With YSY in the cast I have been onboard since the beginning.
Along with seeing Jo Jung-suk I am really looking forward to seeing Choi Moo-sung who was terrific in PRISON PLAYBOOK but will be forever “Safari” from HEARTLESS CITY. His wiki page shows him also cast in ASADAL CHRONICLES.

@marcusnyc20 bong-soo <3.
Getting our wish with the casting is rare so I'm excited that PD Shin is doing a good job!
Han Ye-ri started her career in Chungmuro and she is quite the show stealer esp in COMMITMENT. I have a thing for indie films and she is one of my fave.
Choi Moo-sung is awesome! HEARTLESS CITY <3. That show has memorable characters I still refer to Jung Kyung-ho as Paksa lol.
I'm excited to see him in ASADAL aka ARTHDAL too although I think he'll have more of a presence here.

So excited for Han Ye Ri. I loved her in six flying dragons and haven't seen her in anything since. Please be good dear drama🙏🏾🙏🏾

I loved her in Flying Dragons too. I watched Switch just for her, but she didn’t get to do a lot. I’m looking forward to this one.

As expected, Yoon Si-yoon looks every inch the scholarly yangban. Han Ye-ri indeed looks as if she spits nails. I'm getting a DAE MANG / GREAT AMBITION vibe from her mercantile background -- with a side of MR. SUNSHINE's badass hotelier played by Kim Min-jung.

I'm glad to see Choi Moo-sung in the cast. I think that LOOKOUT was the first show I saw him in. What a villain. URG! I really loved his character in MR. SUNSHINE.

You know, I was thinking about The Great Merchant Man-deok too. If they are going to make a realistic strong character out of her then a merchant is the way to go.
She'll have the freedom and power to excel (business and politically savvy).
Queen Seosono was a merchant's daughter. She helped built 2 nations (Goguryeo and Baekje). Man-deok saved her hometown from starvation etc.
Leave it to Jung to come up with something meaty and fitting for our leading lady.
If they are going to stage a rebellion, then they'll need her help.

How could I forget Seosono in JUMONG?! Sheesh! As a trader, she and her caravans were basically the quartermaster corps that supplied Goguryeo's armies. Rather than be bogged down operating salt mines, she turned them over to someone else to run in return for exclusive access to the output -- a strategic material.

Jang Hyuk's Prince Wang So in SHINE OR GO CRAZY had a fictional "buddy" from Balhae who was a sharp cookie when it came to trading. Interestingly, he also played the merchant protagonist in the Joseon sageuk DAEMANG.

please please let Jo Jung Seok have a gloriously messy Mane of Glory as he did in Fatal Encounter!!!!
*swoons*

Lol I second that! It's those eyes that kills.

Is this all Yoon Shi yoon does now, sageuk?

YSY’s last drama YOUR HONOR concluded in Sep. 2018. Some may remember that YH was one of two dramas that had episode counts reduced from 40 to 32 by SBS. The other was 30B17. YH definitely suffered from the episode cut.
Here is a little taste of YSY and Lee Yoo-young in YOUR HONOR:
https://m.youtube.com/watch?v=MXU98-9X0TU

It's finally here! yes!!!
My most anticipated drama for 2019!!!
Bromance between YSY and JJS! *jjang!! .. I need to see those good looking brothers on my screen... hahahaha...

I'll sit here and patiently wait for the 26th of the month to come,,,
YOON SHI YOON FIGHTING!

MBC is about to air a drama about Kim Won Bong and SBS is putting out one about Jeon Bong Joon? And the Moon Administration recently said they would uncover the "victims" of the Incheon Landing Operation during the Korean War and Donghak Revolution in Joseon time to compensate them. They are literally twisting the medea's arms to sing their praises and make dramas aligned to their socialist/ communist ideology. The country's future looks in a dire state.