Man, SBS is really on top of the promo game for this drama, isn’t it? There’s a new teaser out for their sageuk offering Nokdu Flower, and while the first teaser focused on Jo Jung-seok (Two Cops), this one puts Yoon Shi-yoon (Your Honor) at the forefront. The two leads will play half-brothers in the sageuk, who tragically end up on opposite trajectories when faced with a major upheaval in the form of the Donghak Rebellion.

I’ve always seen Yoon Shi-yoon as such a straightforward good guy, mostly due to his variety persona and the shows I’ve watched him in, so it’ll be all the more compelling to see his character go on a downward moral spiral, as the teaser suggests. The clip starts out with soldiers ruthlessly slaughtering peasants as Yoon Shi-yoon announces that he will “enter the rotten pond” in order to reform it. He holds some very lofty ideals, saying that “culture” is the key to joining the rest of the “enlightened world.” Those ideals are a long ways away from the reality in the streets, however, and the teaser calls 1894’s Joseon the “land of despair.”

Something changes for Yoon Shi-yoon, though, and we see him armed with a gun, looking soulless as he marches down the street. He demands to know what his father, played by Park Hyuk-kwon (Fox Bride Star), will do next. His father’s answer (“Don’t you know me, son?”) isn’t a comforting one, seeing as how he’s notorious for his greed and cruelty in their village, borne out of his inferiority complex due to his lowly origins. The captions read, “The relentless despair swallows the blood-hued anger,” just as we see a change in Yoon Shi-yoon’s character, who guns down peasants alongside the soldiers. Even while he contends that ambition cannot be the key to a new world, the teaser shows him as the “boy who is reborn as a beast.” The trailer ends as he desperately asks someone for a “reason not to kill.” 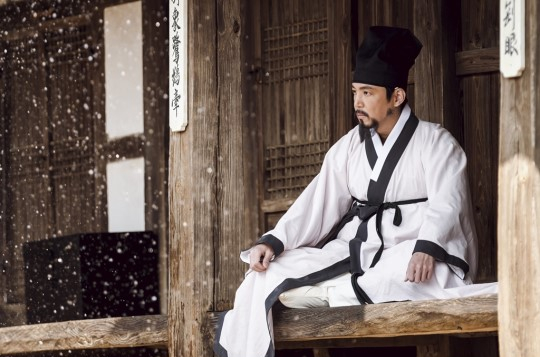 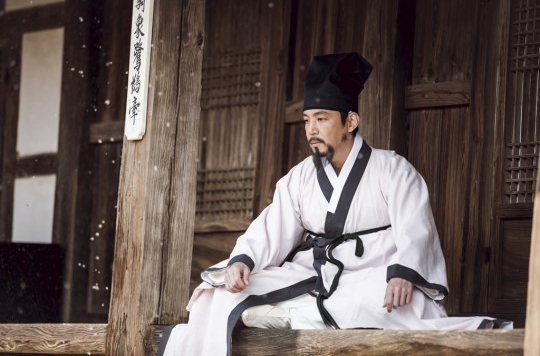 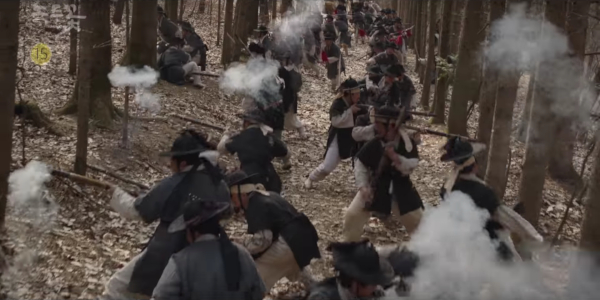 Completely unrelated to this article but TOKIIII. I’ve missed you! I feel like I have hardly seen you around lately!!!

Every piece of promo I see for this show gets me more excited than the last. This is gonna be a good one.

After watching the trailer all I can say is...
YOON SHI YOON as a badass, twisted, confused, & kinda like villain gunman???
OOOHHHH YESSSSS!!!

Thank you Nokdu Staffs for casting him... I really want him to play a twisted character for once... *yipee!*
*look at YSY's eyes full of anguish and hatred! I LOVE IT (^-^)

4 Katakwasabi wants a Frodo plushie (the kakao emoji, NOT the hobbit!)

Yasss! I'm ready for dark and twisted Yoon Shi Yoon!! Saeguks is not my thing, but if I get dark YSY, I might jump in and see what he is fighting for.

Ohhhhh I'm ready for this Yoon Shiyoon. He's always been the good guy so it will be interesting to see him in this role. I'm so glad he accepted plus he's working with really good co-stars. So excited!

I hope Nokdu Flower can erase all the bad memories from his last sageuk. At least this time the cast is reliable, same for writer and PD.

Not a Jin Se-yeon in sight~

Ewww don't even mention her name, it's a bad omen! lol

I hope Nokdu Flower is good so as to wipe off his last sageuk!
Yoon Shi Yoon last drama was disappointing partnering that wooden Jin Se Yeon.
Luckily he is working with good actors like Jo Jung Suk and Han Ye Ri this time.

It's been almost 10 years since Baker King. I really want to see a reunion short skit - how about scowling Tak Gu and bubbling Ma Joon?

Thanks, @tipsymocha, for the update. I'm looking forward to Yoon Si-yoon's expanding his range by taking on a villainous role. Here's hoping he has a blast with it. In GRAND PRINCE, I caught nicely-nuanced glimpses of a darker edge to Lee Hwi following his return from Jurchen captivity. Alas, they were not further developed in his character arc. Judging from this teaser, Baek Yi-hyun is movin' on down the road to perdition.

Follow the Bouncing Title:
The original working title was UGEUMCHI / WOOGEUMTI, after the site of a battle. Then it switched to MUNG BEAN FLOWER, an allusion to the petite rebel leader nicknamed the Mung Bean General. Now it's NOKDU FLOWER, presumably to differentiate it from the just-announced web drama MUNG BEAN PANCAKE / MUNG BEAN CHRONICLES. I confused the latter with ASEUDAL / ASDAL CHRONICLES -- currently called ARTHDAL CHRONICLES. Jeepers creepers! I cannot keep track of these title changes and spelling variations. I'm using the ones that appear in AsianWiki.
http://asianwiki.com/Mung_Bean_Flower

@pakalanapikake,
Thanks for keeping up with the title changes. Whew. Thenthere is the challenge to find out what they ultimately will be called on Netflix, Viki etc.

Some beanies seem to be waiting (and wanting) to see the “bad ass” Yoon Shi-yoon. You might agree that YSY definitely (and for me somewhat shockingly) showed that side as Han Kang-ho in the early episodes of YOUR HONOR.

I know you have done a lot of research in anticipation of NOKDU FLOWER. Any recommendations for us to check out to prepare for the drama? There is always Wiki.

Is that also Choi Won-young I see? Be still, my heart...

You better believe it. It seems that HAECHI's Saheonbu Executive Inspector Wi will be reincarnating in time for the Donghak Rebellion.

And keeping him company will be SIX FLYING DRAGONS's killer swordsman and fashion plate, Gil Tae-mi, as the father of the two half-brothers.

@pakalanapikake,
Isn’t Executive Inspector Wi in HAECHI portrayed by Han Sang-Jin (also an SFD alumnus)?
CWY (in one of my all time favorites HELLO MONSTER/I REMEMBER YOU) is currently appearing (as you know) in DOCTOR PRISONER.

Oops! You're right. I slipped my clutch. Monk Jukryong (Han Sang-jin) from SIX FLYING DRAGONS has been playing Executive Inspector Wi, while Choi Won-young (airline chaebol with wacky asymmetrical collars in MAD DOG) has been portraying another scheming chaebol in DOCTOR PRISONER.

So that is him, I had to rub my eyes to make sure.

Is this pre produced because that man is everywhere right now and we are in April of 2019.

Choi Won-young?? Ugh, as if this cast wasn't perfect enough! I'm almost angry about how perfect this is!

This definitely looks interesting and I'll check it out for Jo Jung-seok and Yoon Shi-yoon who are both fine actors.

I am positive Yoon Shi Yoon will play an amazing villain. I was hoping he would from the first descriptions of this drama.

I love dramas where you have antagonists who don't always start out as one. But due to circumstances, they go from the good path down the bad path. Makes them really compelling as characters and antagonists. Like Shunji in Gaksital, Yun Ru in Ashes of Love, or Sin Myeon in Princess' Man.

Reminds me of Kim Do Chi in The King's Face too. He started as a good guy, but along the way he became twisted and wanted the throne for himself.

I haven't read any info that YSY is the villain in Mung Bean before. I'm excited if he really is the villain. He hasn't played one as far as I recall.