[Dramas and food] Of mukbangs and me: How Korean food worked its way into my fridge and my life 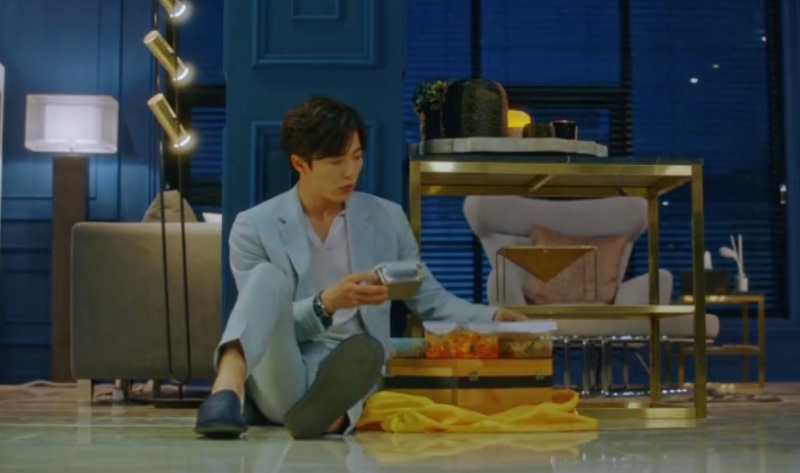 When the giant jar of kimchi I’d purchased from the Korean supermarket rolled out of the fridge and landed on my toes, my first words (after squealing in pain) were: “Are you okay???”

This was, of course, directed to my kimchi. Er- I mean, the kimchi. From a once exotic food I’d only ever heard of, to now being a fridge staple of mine, kimchi was the first turning point in a continuing series of turning points that brought Korean dishes and culinary delights into my dietary repertoire. A stint in Korea teaching English introduced me to a dizzying variety of condiments, preserves, and dry goods that I have determined I cannot live with. God help me if I ever get marooned on an island. Kimchi withdrawal is real.

One could argue that food in Korean dramas commands character status. Female leads drown their sorrows in jjajangmyun and soju, ladies meet together at cafes and plot revenge; families get together to make kimchi, and students fuel examination cramming with instant noodles. Long before Let’s Eat and YouTube mukbangs celebrated gastronomical voyeurism, Korean dramas kindled a desire in me to taste jjamppong and sample soju. So much meaning was tied around food in Korean dramas. A hungry young boy could be treated to an ajumma-made omurice. A young woman would cry silent tears, a ball of rice nestled against her cheek. Foam kisses. Coca-cola kisses. Romance swirled over cake as betrayal did over barley water.

Ironically, when I lived in Korea I barely watched Korean dramas. Misaeng is real, folks. All those workplace dramas are not exaggerating when they imply your time is in your boss’s hands. Conversely, I discovered new and fascinating foods, foods I hadn’t come across in dramas. Citron tea helped me through several colds. Glutinous rice-jelly stuffed bread (whose Korean name I never found out) was my breakfast before work. Dak galbi was a favourite with my coworkers: stir-fried chicken, cheese, ramyun noodles, and cabbage all swirling in a large wok of deliciousness.

The longing awakened by my sense of sight as I watched characters engaging with food in Korean dramas was complemented by the taste and flavour of the food I had in Korea. My memories of my time there are anchored in the spicy-sweetness of tteokkbokki, the sizzle of pork swimming in ssamjang and wrapped against the light crunch of lettuce. Surprising a halmoni when I (a foreigner) bought her kimbap, which she’d been selling wrapped up in cellophane outside a subway station. My Korean friend treating me to hotteok, encountering potatoes on a pizza with honey offered as dipping sauce. Meeting friends in a traditional teahouse in Insadong, relaxing over tea in another traditional teahouse in Jeonju while I tried not to spill any over my rented hanbok.

My sweetest memories? My friend’s mother waking up early and making us dwenjang jjigae for breakfast, with ingredients all out of her organic garden. That same omoni gifted me her homemade kimchi. All other kimchi pales in comparison. Yes, even that kimchi which stands as a pillar in my fridge.

Last year, for three months I lived in a remote part of the world. It was a difficult time. I was alone, struggled with learning the local language, and often witnessed corruption and injustice. Until then, my cooking had always been makeshift, “survival cooking” as my mother dubbed it with my attempts at edible dinners more likely than not to end in tears and takeout. When I returned home after those few months, I went immediately to the Asian grocery market and loaded my shopping cart with ingredients that my Indian-born flatmate found strange and exotic. That night, less than twenty-four hours after my feet touched the soil of the country I now call home, I made my first kimchi jjigae. It tasted almost authentic. It tasted like renewal. 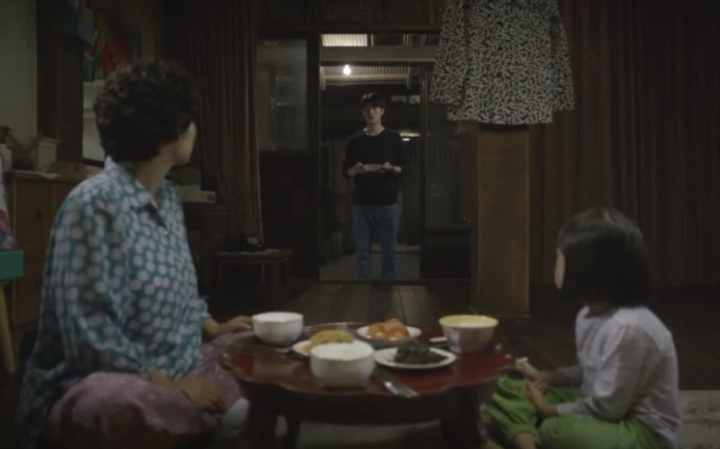 So jealous you lived in Korea! Although, one of my best friends met her husband while he was teaching English in Korea! Thank you for writing such an entertaining piece! I felt like I was there with you!

Thank you for your kind words :) I hope you get to visit it one day! I will always be grateful for my experiences there and hope I can return- there are so many places in Korea I want to explore!

Lovely write-up! Yes, when you have a jar of good kimchi, all is well with the world.

Great post. It sounds like you have had some adventures.
Watching dramas I've wondered how much sleep the average person gets. They work long hours and then go out for food, drinks, or a date.

Thanks for your essay, Songstrel. Early in my Kdrama-watching career, I became fascinated by the tasty-looking stew served at taverns in ancient Baekje, and couldn't help but wonder what it was.

While I haven't been to Korea, in my youth I spent a semester in northern Germany, and to this day still cherish the home cooking of my host family, as well as the street food of guest workers from the Balkans and Turkey. What I wouldn't give for some good peppery cevapcici kebabs. For me, red cabbage shredded and slow cooked with apples, sweet spices (cinnamon, cloves, allspice/piment), juniper berries and a dash of cider vinegar is soul food. Fermented sauerkraut is kimchi's Germanic cousin, and comes in a number of variations, including one cooked with pineapple. ;-)

Oh, *your* descriptions are making my mouth water! You should write a piece too. I love food from that part of the world. My Croatian and Romanian friends would set veritable feasts before me and call them "simple dinners". I've started making ajvar after tasting it for the first time in Croatia. And that sauerkraut with pineapple sounds amazing :D

Sheesh. I just realized that when I was in Germany, Yugoslavia was still a country. There were many guest workers from there.

I'm glad you enjoyed my version of food pr0n. LOL! Alas, I have no experience making Korean food.

As a kid, I hated the smell of kraut because the canned/jarred stuff here in the US, as with so many other pickled vegetables, is preserved in white vinegar instead of naturally-fermented lactic acid. The secret is to rinse the kraut before cooking it if you're not using the fermented kind. (If it's fermented, cook it in its natural juices.) I was stunned to discover that I liked sauerkraut when it was properly prepared.

You can also cook your preserved cabbage with white wine for "champagne kraut."

If I need to add liquid to my red cabbage to keep it from burning, I use cider, or just more apples, which cook down and produce a nice sweet-and-sour dimension, especially when you add tart ones. You need to add a bit of acid to keep the red cabbage from oxidizing and turning blue. Apples provide malic acid. Rice wine and mirin also work well. ;-)

Thank you for this lovely essay, Songstrel, it struck such a chord within me!! I sit half a globe away from Seoul, but I can always return back (in my mind) with a hot cup of honey citron tea.

Aww yes! Citron tea is pretty expensive where I live now, but it's one of my necessitites *ahem*

such YUMMY write up ... and each and every adjective you used for korean dishes I could imagine it all happening before my eyes... I am drooling right over my keyboard...

Thank you! Gosh, hope I didn't make you too hungry ;D

What a wonderfully written post! So jealous that you got to live in Korea and got to taste their authentic food! Look don’t tell anyone but I will shield my kimchi jar with my body if we are being shot at! I get it 😃

Thank you! And HAHAHA, priorities.

What a beautiful and evocative essay. "Romance swirled over cake as betrayal did over barley water", those are transporting mental images for me. Thank you!

Lovely post Songstrel! One day I hope I will be able to visit Korea and eat these delicious foods.
My mouth started salivating reading your description of the food! I could almost taste the food 😁🤤❤
I've always wanted to try the honey chicken that is shown on the dramas. I cant get my head around how that would taste.

Aw, things brings back all sorts of memories for me. I had to laugh at the pizza comment. I remember the bewilderment of ordering pizza and having it be served with a dish of maple syrup lol I never really liked kimchi since I'm not a big spicy fan and I got sick of eating it everyday, but now I sometimes get cravings for it as a nostalgic taste of what was once the place I called home. By the way, were you by chance working in Seoul?

Was the glutenous bread possibly 찹쌀도넛 / chapssal? The versions I’ve sampled throughout Korea have had fillings ranging from not-sweet to overly-sweet, depending on the amount of sugar syrup added in.