First stills for KBS drama Let Me Hear Your Song 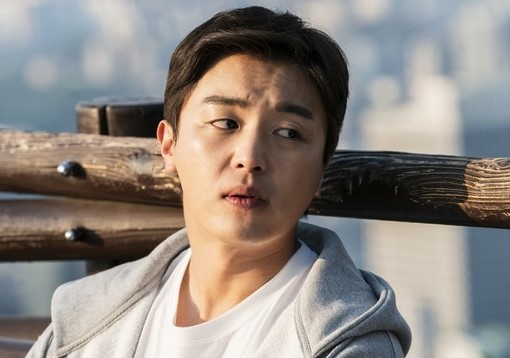 The main player in the story’s mystery is an orchestra timpanist by the name of Hong Yi-young, played by Kim Se-jung (School 2017). She was at the scene of a horrible homicide, but the crime remains unsolved as she lost all memories of that day. The ensuing trauma also causes an odd case of insomnia in which the only effective sleep aid is listening to off-key singing.

Enter Yeon Woo-jin’s character, Jang Yoon, who joins the orchestra as a guest pianist. The sequence of events are not yet known, but the two characters also become connected through Yeon Woo-jin’s part-time gig. He is hired by Kim Se-jung to make “evening calls” and sing her to sleep every night. But his off-key singing becomes crucial as Kim Se-jung starts to recover her memories and he helps her to piece together the truth of what really happened.

The newly released photos show Yeon Woo-jin sitting with someone outdoors as he eats an apple. But his facial expressions give us a glimpse of the character’s personality traits – somewhat cold, difficult to read, and shrouded in his own mysteries as well. 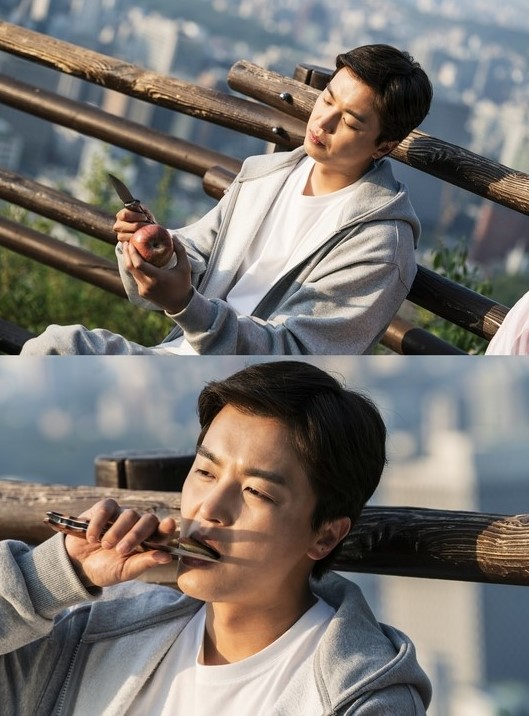 cI still have some lingering traces of disappointment for Song Jae-rim (Clean With Passion for Now)getting second lead again, but I do really like Yeon Woo-jin and I’m excited to see him back in a drama. I’m always impressed with the extra touches he puts into his acting and I’m curious to see what he does with this role.

Mystery romance Let Me Hear Your Song is currently set to premiere on July 29, and will be airing Mondays and Tuesdays on KBS.

Nothing to Lose: Episodes 1-2

Idk about this, not only the differences in age, but also acting experience, don't get me wrong Se-Jong was fabulous in School 2017, hmmmmm, we shall see

Clean With Passion By Now had the same age difference (12 Years) anyway Sejeon is 3 years older than Kim Yoo Jung.
At the end the age difference isn't so obvious on screen.

LOL the premise sounds so funny

I miss you, Silent monster! Hahahaha

Thanks for the update on LET ME HEAR YOUR SONG, @tccolb.

I'm with you re: Song Jae-rim in another second-lead role. But the good news is that he's back in Kdramaland so soon after CLEAN WITH PASSION FOR NOW.

Off-key lullaby phone calls sound like a refreshing switch from garden-variety wake-up calls and visitations by demonic spirits. And this isn't Yeon Woo-jin's first mystery romance rodeo. His characters in both DRAMA SPECIAL SERIES: JUST AN ORDINARY LOVE STORY and ARANG AND THE MAGISTRATE had to unravel the hidden truth that lurked in their relationships. Maybe this drama will attempt to answer a question posed by Jenny Marder in a PBS article five years ago:
Why are so many lullabies also murder ballads?
https://www.pbs.org/newshour/science/many-lullabies-murder-ballads
One could ask the same question about fairy tales and nursery rhymes, too!

The drama sounds very interesting. I'll be looking forward to it.

Hmmm for some reason, this seems quite interesting to me but... the part about the singing and the remembering.... and the sudden guest appearance... why does it feel like he was present at the murder scene and that he was sent to “spy” on her and make sure she does not remember what happened that day.. which is why he comes to her orchestra, and he agrees to sing to her...?!?