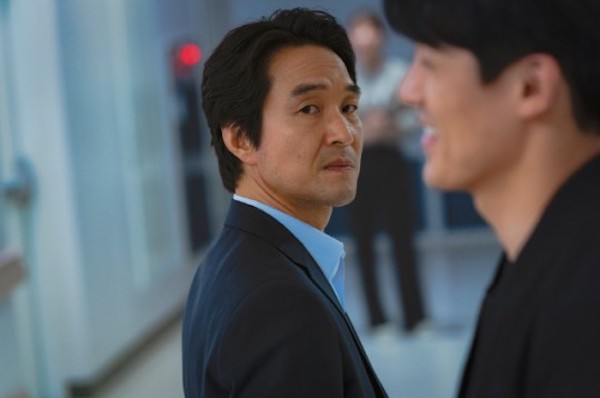 The first still cuts of upcoming psychological thriller Watcher have been released. Featuring veteran actor Han Seok-kyu (Romantic Doctor, Teacher Kim), this new OCN drama is about a tragic case that ties three people together. The other two in the trio will be played by Seo Kang-joon (The Third Charm) and Kim Hyun-joo (Miracle That We Met). As part of the internal investigations team, they must stand against the corruption of the police and reveal the powerful entities that control them.

This story takes a unique angle by focusing on the internal investigations team, because they are cops that catch other cops. In doing so, the drama will capture the multifaceted and hidden aspects of those who are supposed to be the protectors of society.

Han Seok-kyu plays Investigator Do Chi-kwang, who is the leader of the internal investigations team. He’s suspicious of everyone he meets and doesn’t trust human emotions. After witnessing a tragic event, he chose to live a life of loneliness and become a watcher of internal corruption. The actor took on this project after a two year hiatus from dramas because he believed that this character’s development throughout the plot was interesting, and he thought the script was grounded in reality while staying true to the psychological thriller genre. 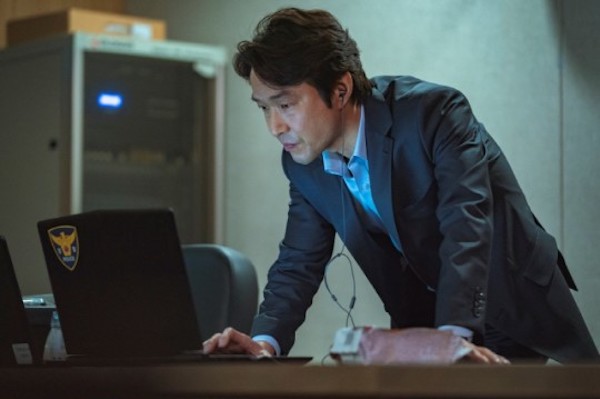 Seo Kang-joon is set to play a police officer who joins the internal investigations squad, and Kim Hyun-joo is set to play a former prosecutor-turned-lawyer who also ends up joining the team.

Directed by Ahn Gil-ho whose filmography includes the impressive Netflix fantasy drama Memories of the Alhambra and hit tvN legal thriller Forest of Secrets, it’s almost a guarantee that this drama will have unexpectedly satisfying twists and turns. It’s being written by Han Sang-woon who also wrote one of my other favorite legal thrillers, The Good Wife and combined with the casting of Han Seok-kyu, I think Watcher is definitely a drama to watch out for.

Saturday-Sunday drama Watcher will begin airing in July, after the end of Voice 3.

excuse me at that stranger credit i had NO idea. i never watched good wife (and i probs wont any time soon but i should) but the show in gen is right up my alley. and i love political thrillers. and what a marvelous lead actor. i realllllly hope this is good. this genre (corruption/thriller) is one of my favs in terms of short series (i.e. kdramas shorter than seasonal tv) i hope that the female chars are incredibly well written too. if the show deals with sexual abuse and assault and misogyny which it probably will at one point i hope it's written deftly because sometimes i think these dramas gloss over how truly horrific it is..nnot just about money

You had me at Han Seok-kyu <3. It has been too long wb!!!!
I love Kim Hyun-joo. Seo Kang-joon has been growing on me. It's good to see him work with the great teacher Han.

I like this writer. THE GOOD WIFE was a great remake and it was a treat to see Jeon Do-yeon back in dramaland.
I love this PD ever since FOREST of SECRETS so this is exciting!

It looks really good! I love the team : PD, writer and actors :)

Another anticipation drama because my biased is in it.lol Both seems taking a meaty roles this year. Hopefully! . June and Jul will be my heaven. The team looks solid. I won't expecting a great dramas. I maintain to keep expectation low, and I already enough with law drama. But It seems it touch psichology between character. Can't help but excite for that and can't wait to see what this drama will offer with tragedy behind the character connection(as always lol)

Loved Forest of Secrets and Seo Kang-joon's acting has gotten so good. I'll be watching. Thanks.

I can't help but compare this to the movie Infernal Affairs. I hope it will be as good

Han seok kyu = must-watch, and give him all the awards already.

Definitely gonna watch this! Top notch team and not much promotion, so most likely it will be good.

oh shit high hopes for this one since Han Seok-kyu is in it. ROMANTIC TEACHER DOCTOR KIM WAS SO GOOD *sob

Line of Duty fans, anyone?

one fan here :D
yup, at first glance of the premise I have thought that too, Line of Duty, with some a bit different characterisation there,,can I hope that this one is as good as LoD? well kdrama has that ability to surprise me sometimes, so I hope for the best :)

Oh yes, this does remind me of Line of Duty. I loved the first season of that. (later ones - not so much)

Even if it's only for Han Seok-kyu I will watch this 😄 But psychological thriller is also one of my fave genre (although I didn't watch The Good Wife), teamed up with director of FOS, I'll definitely watch this.

This news gives me a high hope.. Craving a good thriller after "Confession."

I have watched The Good Wife and Forest of Secret and i enjoyed these types of drama so count me in! Also saw Han Seok-kyu in Romantic Teacher Doctor Kim and i guess that it is a plus not to mention it is a psychological drama

I'll be watching this for Han Seok-kyu, but I just hope it's better written than Doctor Romantic Kim Teacher or whatever that ridiculous soap opera is called.

Thanks @tineybeanie for this report. This is the first I have heard of WATCHER and definitely count me in. I loved FOREST OF SECRETS so that is all I need to know about the PD.

This will be my first Han Seok-kyu drama but I have his RDTK queued up on Viki as a well regarded drama to catch up on. I am also not familiar with Kim Hyun-joo’s work so this will be a first.

I am a fan of Seo Kang-joon. He gave fine performances in AYHT and TTC where he also played a police officer.
Since this is a OCN production I have to now sweat out availability.
Fwiw I put in a request at Viki here:
https://vikiinc.wufoo.com/forms/title-request-form/

O/T. I was out of kdrama circulation for a couple of weeks traveling and just discovered that OnDemandKorea is carrying OCN’s VOICE 3 with English subs for those paying a subscription. I was hoping ODK would pick up the slack after DramaFever’s untimely demise.
Perhaps WATCHER might become available on ODK.