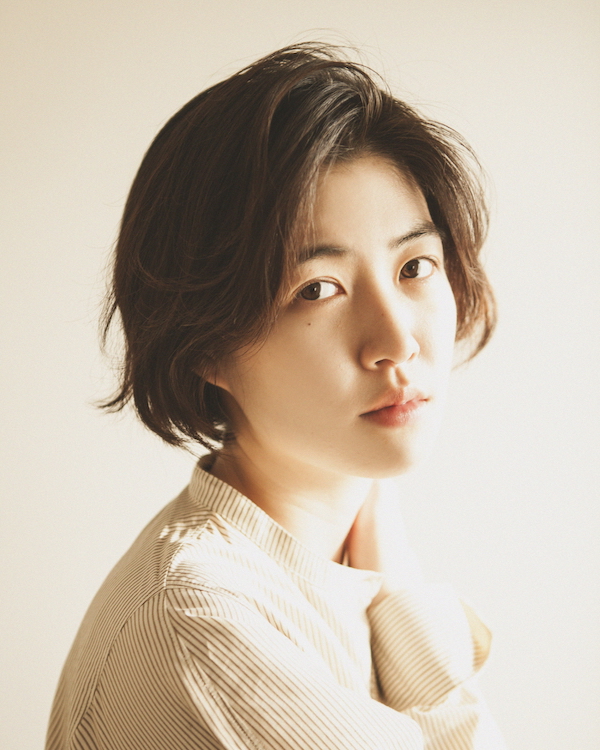 If Shim Eun-kyung (Tomorrow Cantabile, The Princess and the Matchmaker) confirms this project, it will be her comeback to dramas from a five year hiatus. The project under consideration is called Money Game, an upcoming tvN drama written by Lee Young-mi and produced by Kim Sang-ho (Spring Must Be Coming).

Money Game is a creative imagining of what would happen if a second IMF crisis were to occur. Part of the plot depicts the pending sale of the publicly funded People’s Bank, which is largely owned by Korea’s government (they hold a 50% share). Historic tensions arise as one side tries to push for a domestic sale, and the other side pushes for a buyout by a foreign private equity firm. According to one report, Shim Eun-kyung is considering a role as an administrative official named Lee Hye-joon, working in the International Finance Bureau. Currently, her management and the production team are talking over the finer details.

Actors Go Soo (Heart Surgeons, Flower in Prison) and Lee Sung-min (Entourage, Memory) are also undergoing negotiations to star in Money Game. It was initially thought that Go Soo had been offered the role of Choi Min-ki, the chief of the International Finance Bureau, but recent reports say that his character’s name is actually Chae Yi-heon and may have a completely different character backstory. Lee Sung-min has been offered the role of Heo Jae who is the Chairman of the Finance Ministry.

Upcoming tvN drama Money Game is supposed to air sometime either later this year or in 2020, but a time slot has not been officially decided.

If all of them confirm, I will watch it with no hesitation! Maybe SEK will be luckier than with Tomorrow Cantabile.

did we even get a kiss with that show >:|

No. They never even officially got together 😠 the most they did iirc was he gave her a back hug. Joo Won's character was a jerk though so she probably was better off without him.

all that agonizing for 16 eps. it was reported as 20 eps too so i thought we'd get them "together" at least but the last episode just ENDS (well duh but ykwim!)

but he totally was awful so yea you're right!!!

I wasn't a fan of Shim Eun-kyung in Tomorrow Cantabile. But I think that was more her character and just the drama in general rather then her. I also thought Park Bo-Gum was a poor actor, who I first saw in Tomorrow Cantabile, but my eyes have since been opened and I now love him. But I did think she did an excellent job in Miss Granny. These are the only 2 things I've seen her in and both of them she played odd characters so I'm not sure how she does in more serious roles.

She was great in Miss Granny.

Kinda off-topic and not what you're looking for, but... have you seen the 2011 film Sunny? Granted, Shim Eun-kyung plays another quirky role there, but the movie is a gem. :)

sounds interesting ! sucks the last thing she was in i guess was tomorrow cantabile? i like her so much i watched the whole thing unfortunately but everyone was green in that

Tomorrow's Cantabile was one of my very early kdramas, and I was still acclimating to world and norms of Korean dramas. I did kind of like it at the time, because it was so strange to me, and I loved the music, but I think if I were to watch it for the first time now, I don't know that I would make it through.

That said, I would like to see her do a role that isn't so cartoonish.

It was my very first drama so I didn't know anything about kdramas. I wondered why they kept eating Subway 😂

The whole Subway thing in my first couple dramas was very confusing.

So confusing. I didnt know about PPL so I was very surprised at how popular subway was in S. Korea.

I keep meaning to try this drama. I tried a few eps of the Japanese version but never went back to it.

I enjoyed it too! Probably everything except the final episode, which I later learned was filmed early on

I was so disappointed with the final episode too. When I found out it had been filmed at the beginning it made sense why it was like that.

Shim Eun-kyun <3. One of the most talented child actors of her generation.
http://www.dramabeans.com/2010/07/my-name-is-shim-eun-kyung/

TOMORROW CANTABILE was a failure and she is pretty much aware of it.
“After the drama, I understood why my senior actors had previously told me, ‘It’s important not to lose sight of your beginnings,’” she said. “I don’t want to hide that it was difficult. But the drama helped me overall. I’d begun to think that I couldn’t make mistakes, and that I would always be praised. ‘Tomorrow Cantabile’ helped me to get rid of that naive belief. People still tell me that the drama was a dark point for me, but it’s okay. I know that I didn’t act well.”
https://www.soompi.com/article/829355wpp/shim-eun-kyung-talks-about-feelings-of-failure-on-tomorrow-cantabile

I'm glad she didn't give up. I love her to pieces!

I love both Shim Eun Kyung and Kang Sora in the movie Sunny.
They were good. Maybe they can have a little reunion in a drama.

The cast seems to be very solid. Not sure what tone the show is set to be but Lee Sung Min's acting can definitely shine with white collar characters. He was incredible in Misaeng. Go Soo was blah in Flower in Prison but it's probably because he was acting against Jin Se-yeon whose acting can never move anyone. He is much better when paired with more capable actresses (I love him in Love 911!) Shim Eun-kyung can be a hit or miss depending on directing quality but no doubt that she is a very talented actress on her own. This drama is now in my bucket list.

@ purplefall "Go Soo was blah in Flower in Prison but it's probably because he was acting against Jin Se-yeon whose acting can never move anyone."

Sometimes i wonder why even Jin-Se-yeon got always landed on the female lead role with her acting skills... I have nothing against her but i am not impressed with her acting, same way with Shin Se-kyung.. I keep wondering who are their backup to get them the lead role in the drama which there are a lot of other actresses that has a great acting chops than them.

Shim Eun Kyung is a great actress and I believe that 1 failed drama will not defined her as an actress.

Shim Eun-kyung was terrific in MISS GRANNY, the first show I saw her in, and also the most recent. I loved her in SUNNY (2011) and MASQUERADE. She was creeptastic in TRAIN TO BUSAN. Her performances in the dramas HWANG JIN-YI (title role) and THE STORY OF THE FIRST KING'S FOUR GODS were also very good. NAEIL'S CANTABILE was a wacky show, and her character was as oddball as Franz Stresemann, which is saying something. I enjoyed the music and scenery of Salzburg.

I haven’t seen her in a drama, I think. Her performances in Chungmuro is astounding!