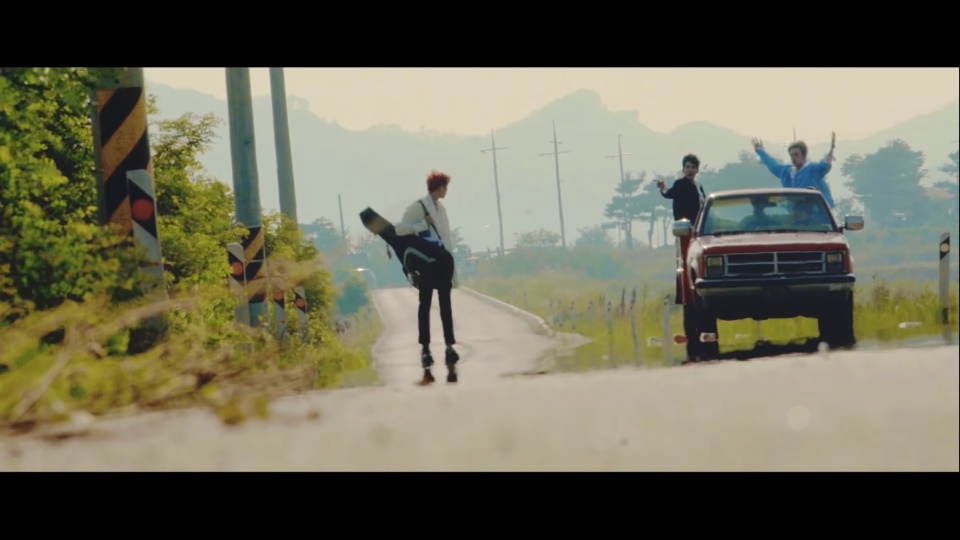 This month’s theme couldn’t have come at a more sentimental time for me. In just a few short weeks, I will have packed up my entire apartment, said goodbye to the friends I’ve made during the past four years, and be on my way back home to the other side of the planet–I’ll also be traveling to Seoul for the first time. Eight-years-ago-me didn’t even know what country Seoul was in. I had never been outside the USA, and certainly wasn’t planning on spending the first four years after college graduation teaching English in China. Life’s funny that way.

After four years, the apartment where I built my life in China holds a lot of memories. Aside from the obvious real life ones, this is where I witnessed events like the launching of the new Dramabeans and the fall of DramaFever. It’s where I fell in love with Im Joo-hwan, Park Bo-gum, Seo Ji-hoon, Jung Kyung-ho, and goodness, so many others. It’s where I discovered DAY6.

But of course the apartment hasn’t always been this full and familiar. I can remember so clearly those first few weeks here: sitting on the couch in a nearly empty room, fighting jetlag and watching White Christmas and What’s Up on some awful illegal website because it was the only one that would load, and dramas, at least, felt like home. 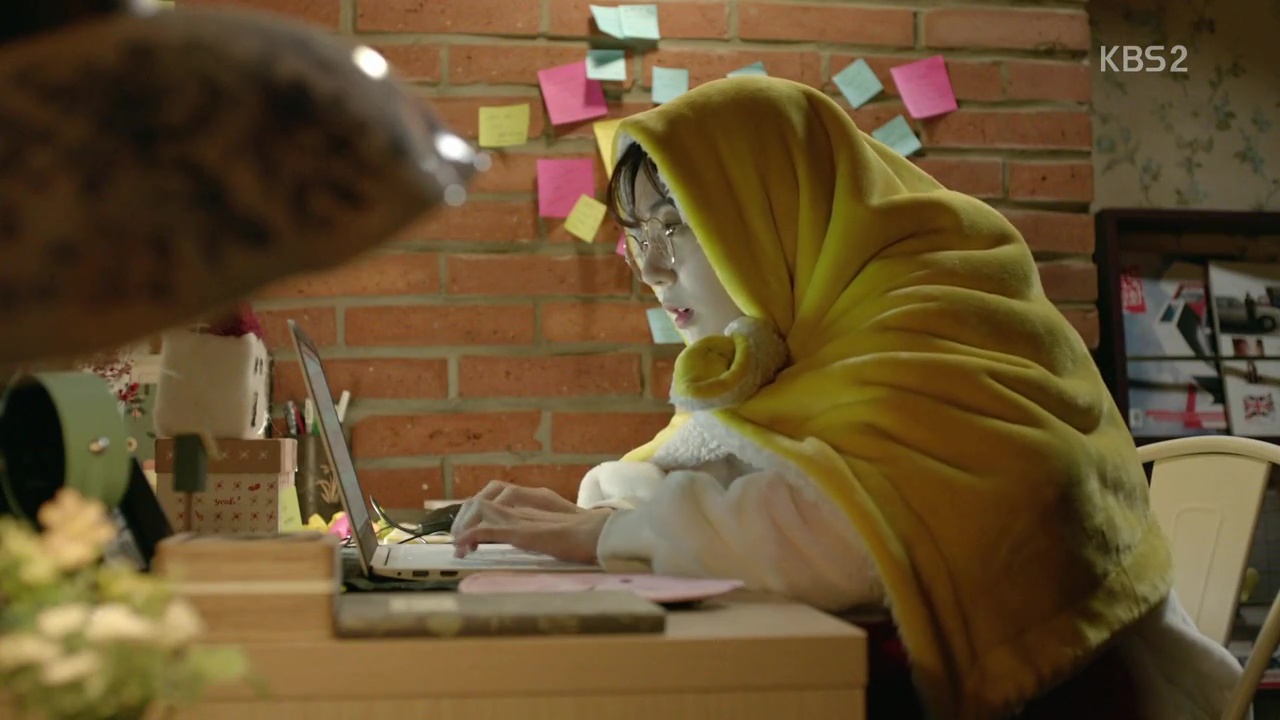 I have a strange relationship with that word, “home,” you see. Every place I’ve lived so far has been–to an extent–temporary, but they all hold important positions in my heart. It may be cliché to say “home isn’t a place,” but it’s also true. I think “home” for me is becoming more of a feeling or an assurance than anything else, a place of comfort and security; a space that is my own, at least for a time. As such, it’s become very important for me to find “constants” that can travel with me from one physical space to another.

K-dramas, and fellow drama watchers, are one of the constants that I have found. In some ways, they are a connection to my life back in the States. I was introduced to K-dramas by a friend during our sophomore year of college, and I subsequently introduced my sister to them as well. While living abroad, I’ve kept in contact most frequently with that sister, and I’d guess at least half of our communication is about either the dramas we’re currently watching or the K-pop groups we love. Likewise, dramas can also be a connection to people in new places. There’s just something about learning you and a stranger are both emotionally invested in the same story that instantly makes you feel as though you already understand each other on a deeper level. 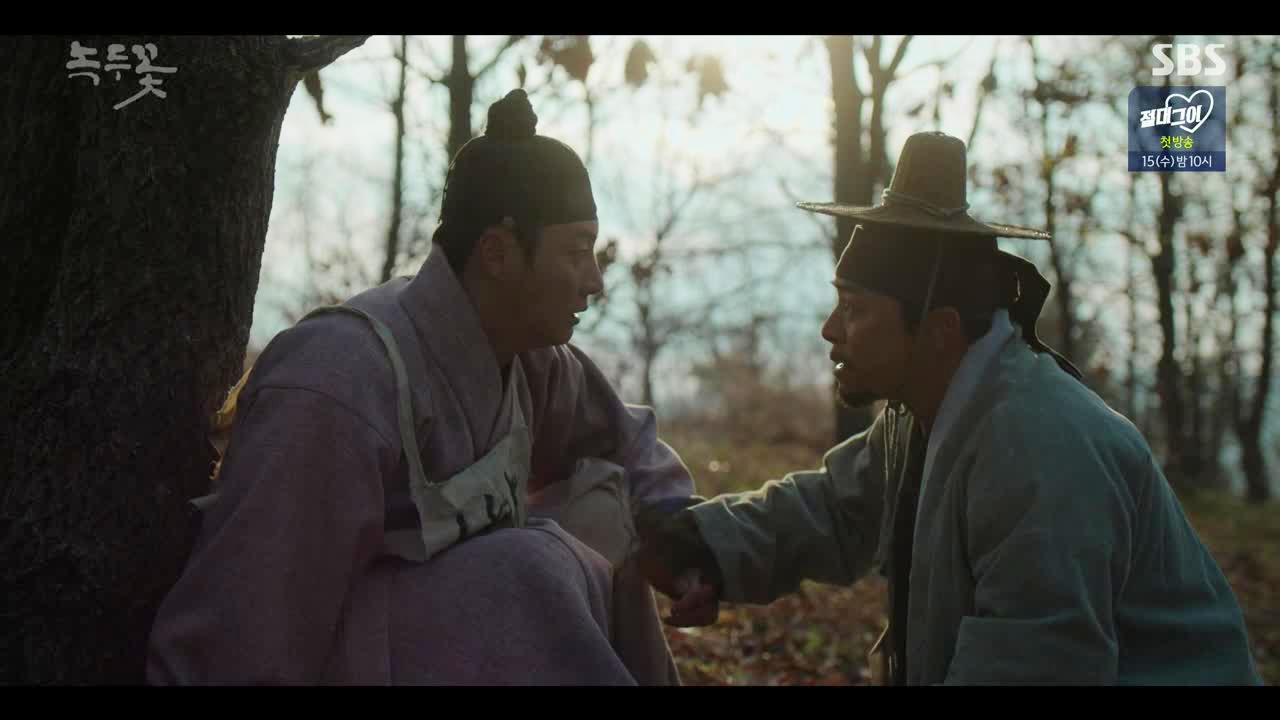 But dramas can also be a virtual place for me to retreat into. When I’m having a rough day, I can sit down at my laptop and cry over someone else’s problems, problems that are much bigger than my own. For example, fighting in a literal war with your brother in the opposite army. Or if I’m feeling too weighed down for something as heavy as Nokdu Flower, I can choose something cute and funny instead, or something with a ridiculous plot that’s a blast to make fun of. When I’m feeling like a cultural outsider (which now happens both in China and in the US), I can come here to Dramabeans and talk with people about the interests we have in common.

I think it’s that last point that makes dramas so special to me, because while living in a different culture is awesome, it can also be exhausting. Having shared experiences with people—whether those experiences be real life or in dramaland, and whether those people are physically or virtually nearby–is precious, because it creates the familiarity that assures me I’m home. That’s something I can always return to, no matter where in the physical world I end up next. 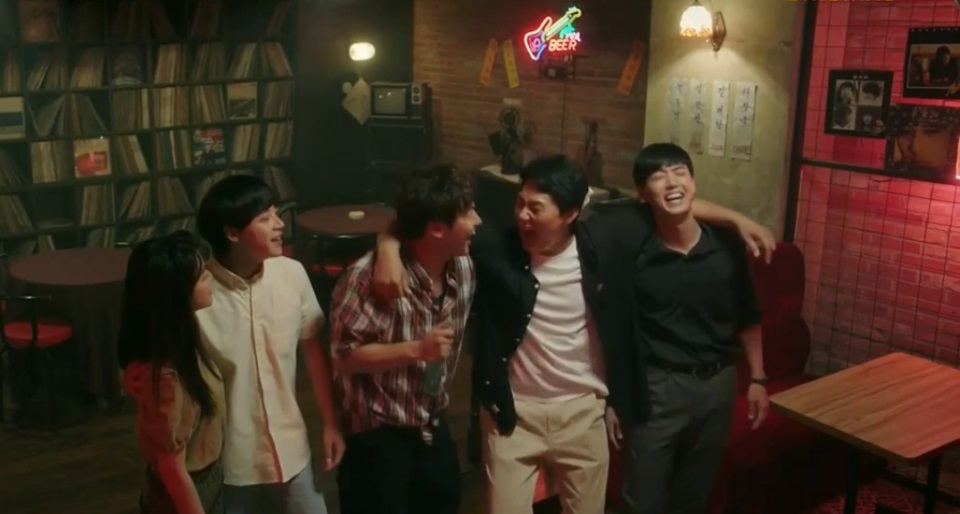 I am touched by your words and they ring true for me as well, even though I am a stay in one place person. No matter the circumstances outside dramas, coming here to share both about dramas and real life (on the Open Thread), to cry, laugh and 'bitch' together, is so comforting. We are assured that we are not alone, (at least not crazy by ourselves! 😬😜 Heh!), that we are heard and that our thoughts matter. More than that, we realize that there's this community or rather, this great drama-family always here for us, and that we belong.

I wish you all the best as you pack and move. And as you're go about, come on over, back home here and tell us all about it!! 😀

(This comment doesn't seem to want to post for some reason, so apologies if it posts multiple times.)

Thank you! I love the way you put it: "that we are heard and that our thoughts matter." This community is so welcoming and encouraging. <3

@mistyisles Your writing is beautiful! What you've said is absolutely true for my life. K-dramas and the people who watch the same stories alongside me are a home that I can always rely on. I also often feel caught between two cultures, but the unique and wonderful space that Korean dramas create is shared by all of us.

I hope that no matter how difficult or easy your transition back to the states will be, your Korean drama home will continue to be comforting!

Thank you! It's almost like we've created a culture of our own here -- with a ton of variation according to each person, of course, but also with a lot in common.

This was brilliant, I loved reading it, @mistyisles! I don't think I've seen you around since one of your older Theme of the Month posts, so it was especially nice to read.

Thank you, I'm glad you enjoyed it! I'm amazed you recognized my username. I've been around the Beanie wall a bit recently, but it's true I haven't been as active as I used to be.

Well, I'm not around quite as much either, so it's easier to hold onto older names over newer ones!

@saturtledaisy and I consider ourselves the biggest mydays on DB and yet you're the first one to have them be the head image of a TOTM post. power move. congratulations.

I have changed apartments not that many times but there's always something bittersweet about seeing your old address or being in your old neighborhood. they say that company is more important than a place, but a place influences who you are. I hope you can say hi, hello to your new home with excitement and joy.

Dammit you always have the better words.

my best words are: we should get misty on whatsapp and rabbit and make her watch us watch the berlin concert and every day6 fancam in history and-

Thanks for your words, too. It's definitely bittersweet to be leaving one place and returning to another, but I'm also excited to see what's next.

I love this! Being able to talk about something you love with someone who understands and shares that same love is indeed really comforting. It is a form of coming home. Welcome home!

Thank you! It is indeed comforting.

Haha I just couldn't resist including them; they're such an important part of my life now.

So on point about being a "cultural outsider". It's funny how you can belong to more than one place yet belong nowhere (except glued to the screen watching dramas).

Thank you, too! It is a strange feeling to belong and yet not at the same time. I'm glad I found dramas, and especially Dramabeans, where I know I always belong.

this is really beautiful! i know it's hard, but welcome back !

the life on mars thing....that really is beautiful like their concept of home and which world you would like to live in you know? i agree about kdramas, you can get lost in them. sometimes i need something in english to ground me and get my thoughts in order, to remember that i can't just escape and check out as opposed to face things head on, but sometimes it's just the best medicine. and it's one thing that brings so many diff ppl together, u know?

i recently moved back to the US too! it's been tough, but those constants are helpful.

Yes, the concept of choosing to live in the place where you are most able to smile really resonated with me. Not that there’s always one “right” choice, but that there can be a best choice in that moment and that stage of life.

so well written...all the best!

Well written!
I do relate to this sense of home or or lack of way too often. My father used to transfer frequently so I had to shift schools every two years. I never made any friends until I came to university. I have moved to places/countries for jobs and finally now I feel I have a place called home. And even then at times it all feels fleeting. What ties us to a place is our heart. Where it can feel peace, comfort and a sense of belonging. If it can be on an internet forum so be it. Only we know what that means and there will always be people here who will understand that feeling.

10 Fatcat lost her way while on semi-hiatus

That's so nicely written, my reading was smooth, I glided through your words (if that makes sense).

Your definition of home is beautiful. I hope your next 'home' in Seoul will be as warm & welcoming as the one you are leaving rn. Good luck!

I’m only visiting Seoul this time and then going back to the US, but either way it’ll be an adjustment!

11 Cocoa, The Fake Poet of February

Ah @mistyisles ~ Dramas and kpop are how my sister and I have kept in touch through the years as well. From my first semester away back in high school, to us both going to college and now grad school in different states, dramas and kpop are always a touch stone for us. Even when the rest of our lives seem so different, we can discuss the latest day6 comeback, and bewail the Hong Sisters' plot choices as though we still share a room.

Dramas are a good constant I've found in different cities, a space you know that you can go it wherever you are.

Anyways, thanks for this lovely piece. ^_^

PS My sister is still angry at me because I sent a spoiler-filled letter to her from Europe back when I was living abroad. She says it ruined Master's Sun. (I still hold that international mail gave her plenty of time to catch up)

Haha you and your sister sound a lot like my sister and me.

I agree dramas do keep you connected with your family. Me and my sister used to be nearly strangers because of the 5 years age gap. But after she completed her studies overseas and came back, suddenly we became much closer because she started watching Kdramas. Suddenly we started talking more to one another. Kdramas lead to kpop which lead to her first trip to Korea ( I didnt join her because I'm still a student and not working like her haha) , and which lead to our first kpop concert together. Now, most days even when we're in different states, we still keep in touch because of the latest dramas or which oppa is coming back/leaving for the army.

In a way, kdramas made me feel like I'm still home with my sister, binging on kdramas regardless of where we both are.