New posters from youth drama A Moment at Eighteen 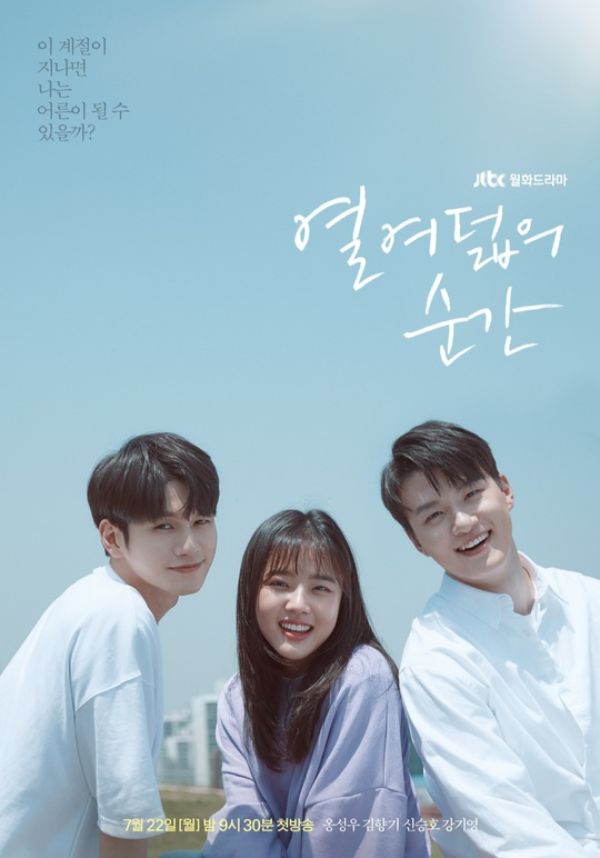 A Moment at Eighteen posters show the innocence and hopefulness of teens on the cusp of growing up. The three main leads, played by former Wanna One idol Ong Sung-woo (making his acting debut), Kim Hyang-gi (Innocent Witness), and Shin Seung-ho (A-Teen), smile brightly in the first poster amidst a sky-blue backdrop. In the second, they are arranged around a bicycle, posing like three best friends. The copy of both posters reads: “After this season ends, will I be able to become an adult?”

A Moment at Eighteen captures the world of awkwardness and pubescence, showing our characters as they pour their passion into everything, including the small things. It’s a sentimental project that will evoke feelings of nostalgia because it contains moments of realization that anyone and everyone has gone through when growing up.

Ong Sung-woo plays a teen who perseveres despite feeling the aching loneliness that can creep up on you in daily life. Then there’s Kim Hyang-gi who plays a character who’s dreaming of independence. Finally, Shin Seung-ho plays a teen that has a hidden inner dark side. Just from the cast, it looks like this project is going to full of fresh faces. It’s nice to see Kim Hyang-gi coming into her own as a leading lady, and her age belies her experience in films and TV. On the other hand, her male costars are very green but if this project takes off, dramaland will get an injection of new talent. 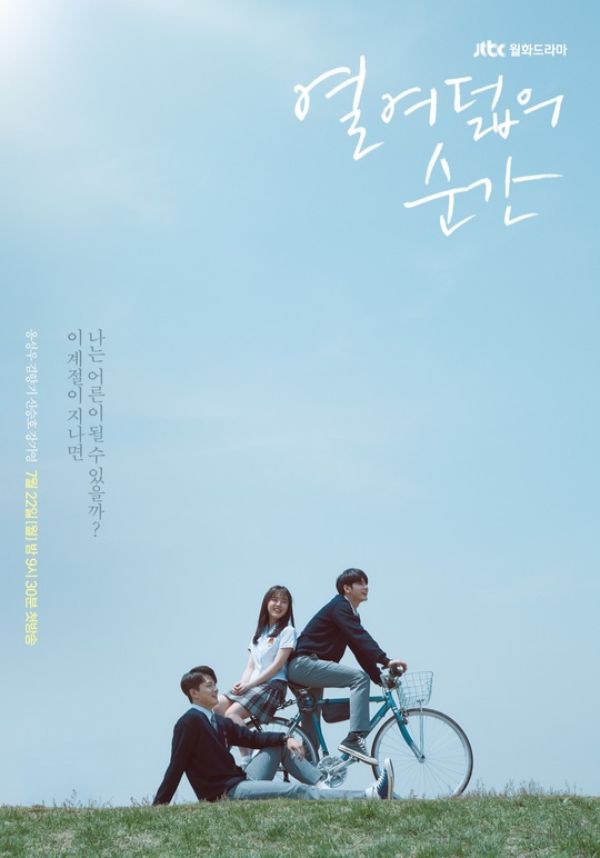 this looks cute and jtbc is allowed leeway so i wonder what this will entail. i don't mind bully plots as long as they serve a purpose and we all know sk loves a good bully plot loool

I hope the show is great! (Even if I don't know where I'll get time to watch huhu)

Hm... pretty promising. Kim hyang gi is great, obviously. The writer's done some good stuff(god of study, brain, and more recently, GG 1979) so I'll keep my eyes peeled for this one.

Okay, I was wondering why this show was catching my eye so much! Now I’m definitely watching if it’s the same writer of GG 1979. I mean, it looks so cute!

The writer of Lingerie Girls’ Generation with a new youth drama, one of my all-time favorite dramas? Count me in!

And I don’t know anyone in the cast, which I actually love. It was the same when I watched LGG.

I'm ready to relate hard to this.

Wow that is the little girl from queens classroom all grown up! Seems like a heartwarming story about growing up and finding friendship allong the way.

Drama looks refreshing. All new faces. I know Ong from WannaOne and I am a fan. He trained to be an Actor and ended up being a great Idol too. But he is back to what was supposed to be his day job. I hope the script is great. I am rooting for him and the drama. Lots of award winning veterans. Really excited!

from the few episodes of a-teen that i watched, shin seung-ho was charming! i really like coming-of-age dramas. hope this one's good ^^

Dunno, I have good feeling abt this Ong Seong Woo boy since his idolgroup days, though I'm not a fan..

Even though ASTRO's moonbin is in a relatively minor supporting role, I do hope viewers are able to see his enormous potential and talent!