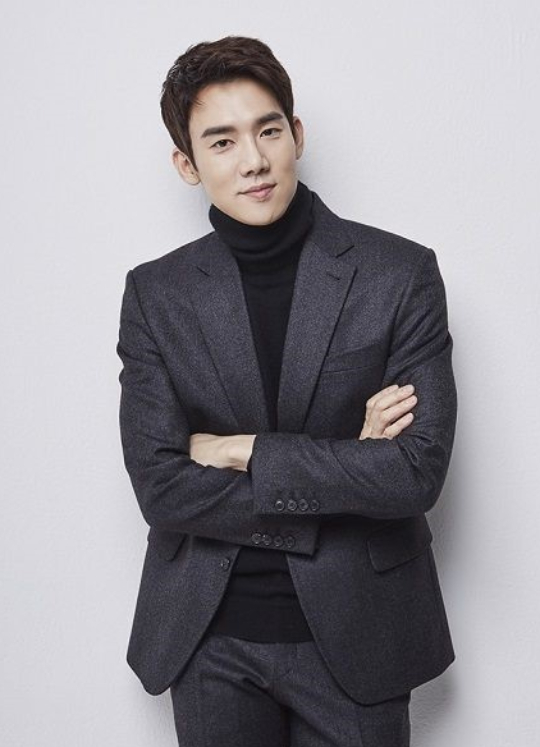 Chilbong-ahhhhh!! Yoo Yeon-seok (Mr. Sunshine) is reportedly in the final stages of starring in Smart Doctor Living, the anticipated reunion drama of the PD-writer duo (and now, hopefully, one of their many breakout stars) who brought us the Answer Me series. I can’t believe that it’s been six years since Answer Me 1994 aired, and I’m praying that this Yoo Yeon-seok-Shin Won-ho-Lee Woo-jung combo will finally heal the Chilbongie-sized hole that’s been in my heart ever since.

As expected of PD Shin, plot details for Smart Doctor Living, which is a working title, are few and far between right now. All we know is that it’s a medical drama refreshingly devoid of hospital politics or heavily technical medical lingo, and will instead focus on the lives of the doctors, nurses, and patients that inhabit a hospital. I’m excited to think that we’re going to get something similar to Smart Prison Living but transplanted into a hospital, filled with quirky people who are at times hilarious, at times heartbreakingly sad, with their stories always told with enormous heart.

It’s not clear whether Yoo Yeon-seok is up for the same character that Jo Jung-seok (Nokdu Flower) was considering, but I really hope not, because I would love to see their onscreen chemistry together. Sunbae-hoobae doctor buddies, anyone? Just as long as they’re not a part of some love triangle. Hopefully, this show will resemble Smart Prison Living more than the Answer Me series on that front.

Smart Doctor Living is tentatively scheduled to premiere on tvN this coming December or January, and is being planned as a multi-season show.

Jo Sung-Seok and Yoo Yeon-Seok together would be awesome!
I’m not crazy about medical dramas but I ll try it for either one of them.

Both Jo Sung-Seok and Yoo Yeon-seok are in talks to star in this drama. I read that it will be four male leads and one female.

Wish one of them is Ryu Jun Yeol.

I want Jung Hae-in maybe as the pharmacist 😄

lol.. i want that female to be the druggie from prison living (or THE one from forest of secret or the brother from that doctor show)

and TO BE WOOED by the 4 doctors.. :p (my druggie should get wooed by .. and it will be a good extension.. he is admitted and is being the damsel in distress :P )

I'm so excited - I would watch a drama about a ball of paper if it was written and directed by this team!

I love love love Smart Prison Living so I am so excited to see a different take on medical dramas. I'll stack some tissues in advance too.

I love SPL sooooo much! Too bad it doesn't receive as much buzz as other dramas from the team. It was amazing in every sense.

SPL is so amazing it deserves to get all the buzz.

"I’m praying that this Yoo Yeon-seok-Shin Won-ho-Lee Woo-jung combo will finally heal the Chilbongie-sized hole that’s been in my heart ever since."
Me too. Me too!! My Chilbongie deserves it all. And I hope JJS and YYS would sign up and make all my wishes come true.

I love everything about this except the multi-season format *sigh* I guess kdramas are headed that way now.

Hopefully not. For some shows, a multi-season format might make sense, but I hope that it does not become the norm.

Agree with you guys about this. Was reading an article about this some time ago where industry insider talked about more drama having multi season. they stated that procedural drama and slice of life drama is perfect story format to have multi season. But romance, mystery and thriller drama would not work with multi season format. So seems like they agree with us about this :) I think it gonna be like how Japanese dramas that do this.

For something like this, I think it can actually benefit from a multi-season format if only because I find procedural dramas tend to get bogged down in patient- or case-of-the-week details and then lose out on valuable time developing characters or plot. I think this is why they are so successful here in the US and tend to be some of the longest running shows: you can easily switch out characters if someone can't (or doesn't want to) return, you can develop long arcs for characters but don't have to rush to wrap them up, you can tell stories that focus on single characters for an episode without losing valuable storytelling time for other characters. Plus, you can start with almost any episode and not get lost - that's key for picking up viewers and ratings.

I agree - a melo, thriller, rom-com or action drama would never work with this format. But procedural is pretty well built for it, since the storytelling there is inherently anthologized and therefore makes it better to have a longer time to tell it.

I'm excited I only seen him in Mr. Sunshine and Coffee Friends variety, but he has great screen presence add to the mix Jo Jung Seok and I'm sold whatever the genre.

9 egads aka Dame Maggie with a heart of coal

I'll brave another medical drama just for this writer-director pairing. And with Yoo Yeon-seok and Jo Jung-seok possibly being the leads? Count me IN.

I hate him Romantic Doctor Teacher, (although it's more about his character in the drama) but love him in Mr. Sunshine and his tragic love story with Kudo Hina.
As long as PD-nim don't try to insert who's-the-husband game, I will watch it.

With how the show is said to be having 4 male leads and 1 female lead, for now it could be tipping over to the who's the husband game being there, lol. But ugh, I hope they won't have that here.

There is no love story between Dong Mae and Hina other than Hina was revealed to have had feelings for him at the very last minute (though it was long hinted from her lingering gaze and care towards him). He saw her naked but didn't even flinch and continue on thinking about only Ae Shin, all the time even until his last breath. So yeah, I didn't see any love story between Dong Mae and Hina.

I will drop it if I see any hint about love triangle. I hate that trope so much.
Maybe it's not love, he cares about Hina. I'm not sure he loves Ae-shin either. He's more like a Sasaeng to Ae-shin.

Well if the love triangle, quadrilateral or even pentagon is like the one in Mr. Sunshine where the rivals are actually united and forming cute reluctant friendships because of their love interest instead of being enemies then I'm all good. Haha. But the husband game is of another beast and I don't wish to see it being repeated.

Dong Mae sure do love Ae Shin, though it was one-sidedly. Being a tormented soul that he was growing up and experienced how his own mom hurt him in order to protect him, he probably developed a twisted way of protecting his love interest, too.

Maybe, it's just his love for Ae-shin is so twisted that felt so strange for me. But after watching so many Japanese dorama this year...well I still don't understand Dong-mae, but apparently people like Dong-mae is not uncommon. In Dr Jin, the FL loves Minakata Jin and she's just happy devoting her life for Jin although she knows Jin loves someone else.
I never consider Aeshin's relationship with her admirers as love triangle or quadre..something, because Ae-shin's feeling is clear from the start. she's only interested with Eugene choi and ater she falls in love with him. Love triangle is when one's feeling sways away from his/her love interest because someone else's presence, or when one can't decide which one he/she wants to be with.

@daydreamer11, I love your profile picture of YYS from his musical, LoL. When I saw him at that picture, he's super pretty, even his mother didn't recognize it was HIM, LoL.

OOH!! Goshh _finally_ a medical drama without the med politics!!

I second that!!! YAY, no politics!!! Maybe I'll check it out (Romantic Doctor Kim was only of the few medical dramas that I've watched, since I'm not really into that genre).

I hope they continue with this trend of cover the common folks lives...I can only wish for a joseon setting where it will focus on the people (no politics, no assassins, no royalty)..just the people and their everyday lives.

On the same day when the news was out about Shin PD reuniting with writer Lee Woo Jung for this drama which is slated for November airing, the news about how YYS can't do Romantic Doctor Teacher Kim 2 because he didn't receive a formal offer and eventually had to decide not appear in RDTK 2 because of another schedule was out, too. So turns out this drama is the said another schedule.

I somehow feel that he won't play another doctor role. It is also possible that he could play a patient, a nurse or a paramedic instead of a doctor. I hope more info will be released about the drama soon, as well as the remaining cast. I am excited!

ok anything with YYS is welcome to my heart just dont make him second lead yearning fot female lead on the sidelines.... thats all i am hoping.
But how can i wait till DECEMBERRRRRR

I love him in a samurai outfit, with a bit of facial hair...can we get that please? lol

Oh my God my oppa love him in all the dramas I watched him in, very charismatic actor , hope they pair him with a good actress, I really miss han groo hope they cast her, I know she is taking care of her family but ,I still miss her. Jo Jung seok is also an astonishing actor , Beanies I know this is out of the topic ,How do u feel about Song Couple divorce? I feel really sad ,I was really expecting them to have a baby by now.

@kiara thanks for the link,May God bless u.

Loved the Reply series and Prison Playbook ❤ Awesome PD-writer duo! I hope they give Chilbong a better love story this time.

This is looking more interesting. I really like JJS and YYS, so I'll be interested to see who else picks this project up.

Perfect ! And let's make this a big reunion by adding Seo In-guk as the 4th one.

Ugh ! I made the above comnent as a reply to @yeol at comment #2

omg why would you put this thought in my head! now i NEED seo in guk in this :( the comedy GOLD he would bring to this drama

Yoo Yeon Seok won't be reprising his role as Dr. Kang Dong Joo in Romantic Doctor, Teacher Kim but he will be back in another medical drama? If there's going to be 4 male leads and 1 female leads and they will be competing against each other to win the female's heart, I hope this time he gets the girl coz his character as Chilbong in Reply 1994 and Goo Dong Mae in Mr. Sunshine already suffered too much heartbreak and as a fan my heart breaks for him too.

I enjoyed Smart Prison Living and this drama is anything like it then I'll love it but I'm not so sure about it being a multi season drama.