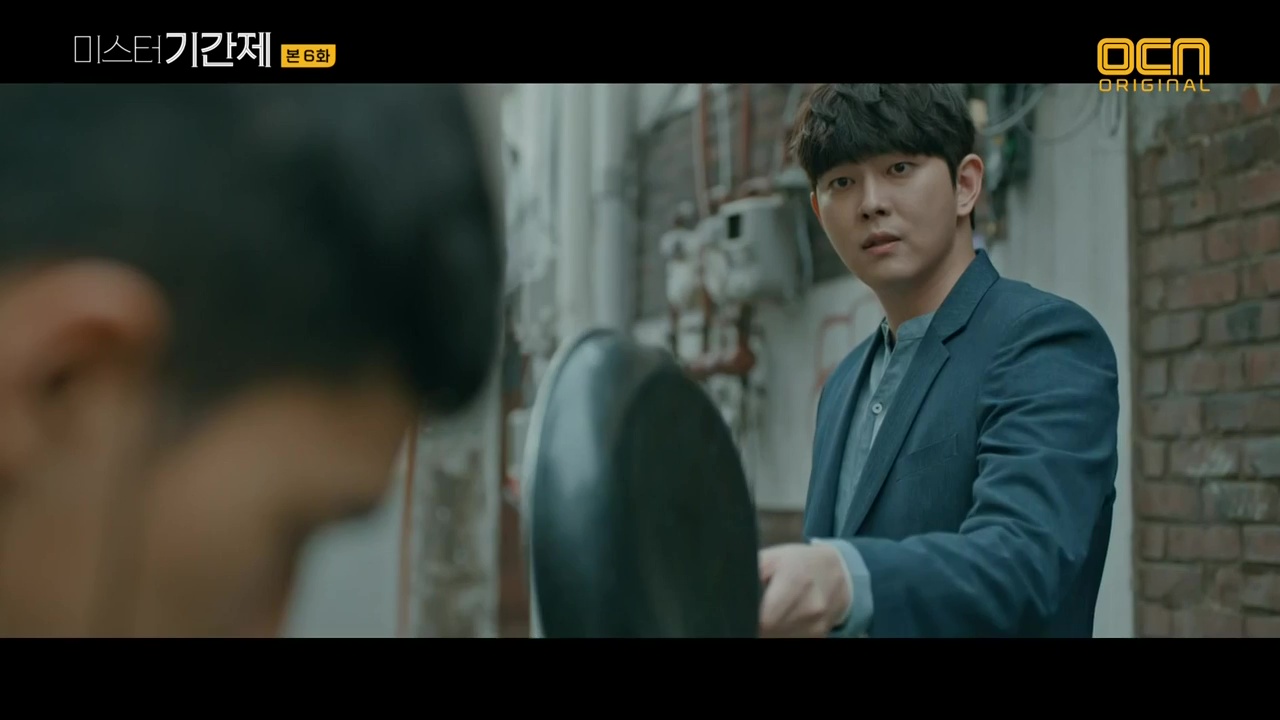 What a week in the Class of Liars, huh? These relationships get twistier by the day, and there really is nothing quite like the pressure-cooker of high school to bring out people at their very worst, or reduce them to their weakest. At this point, throwing an unscrupulous disgraced lawyer into the mix might be our only hope of getting to the bottom of one teenage murder, one attempted suicide, two evil school administrators, and one really horrible high school. 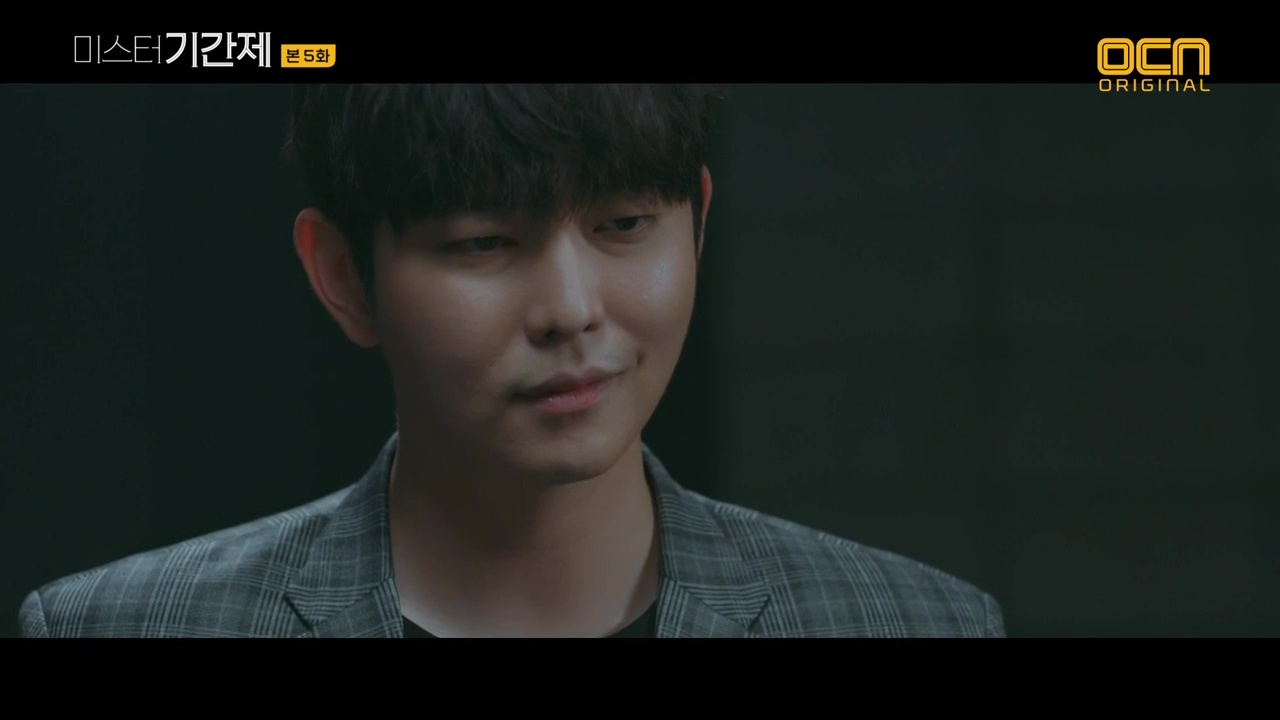 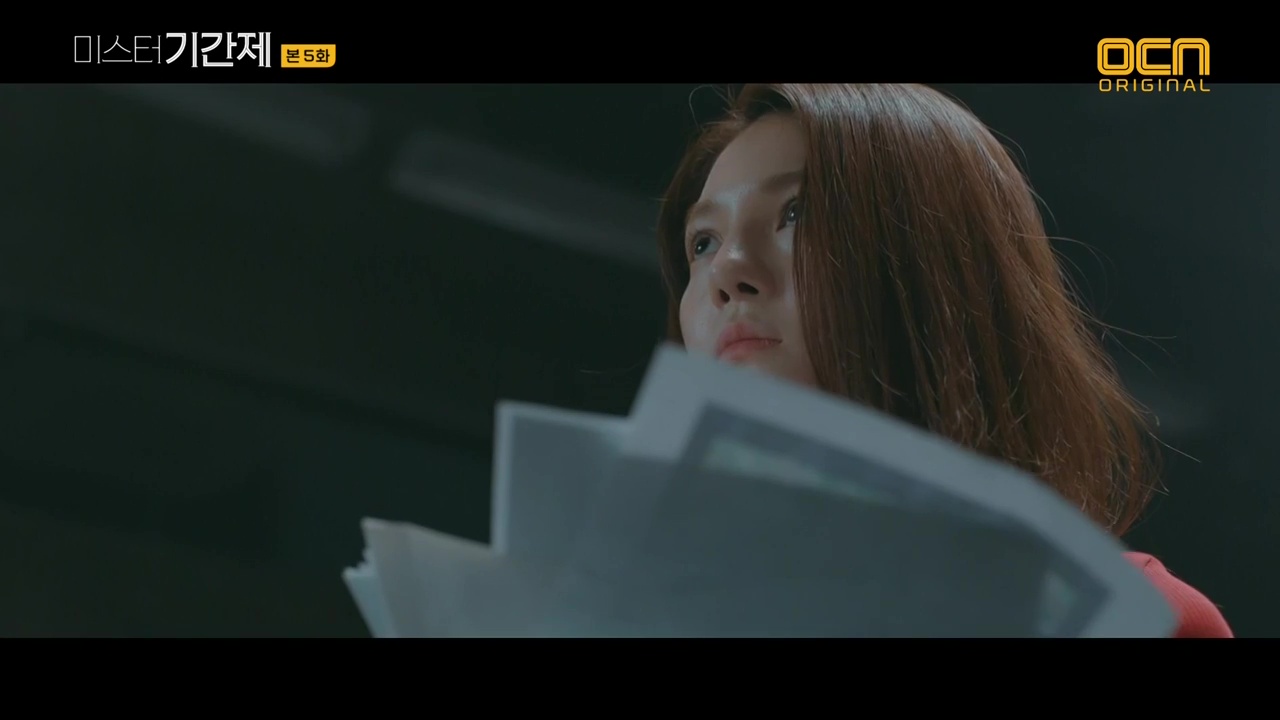 Moo-hyuk confronts idol wannabe Ye-ri about the secret portal site and how she used it to spread the rumors Jung Soo-ah. He extracts a promise from her to shut it down, otherwise threatening to disclose her activities to her agent, which would end her idol career before it could ever begin.

It’s an interesting contest that is a repeating motif in this show, of adults going head to head with powerful teens. The kids have money, influence and backing, but they don’t have the legal independence that would allow them to wield those resources to their full extent, so it forces different methods. Ye-ri tries to manipulate Moo-hyuk by showing him every face she can, from sweet to threatening, before she reveals her petty, pitiful real one. 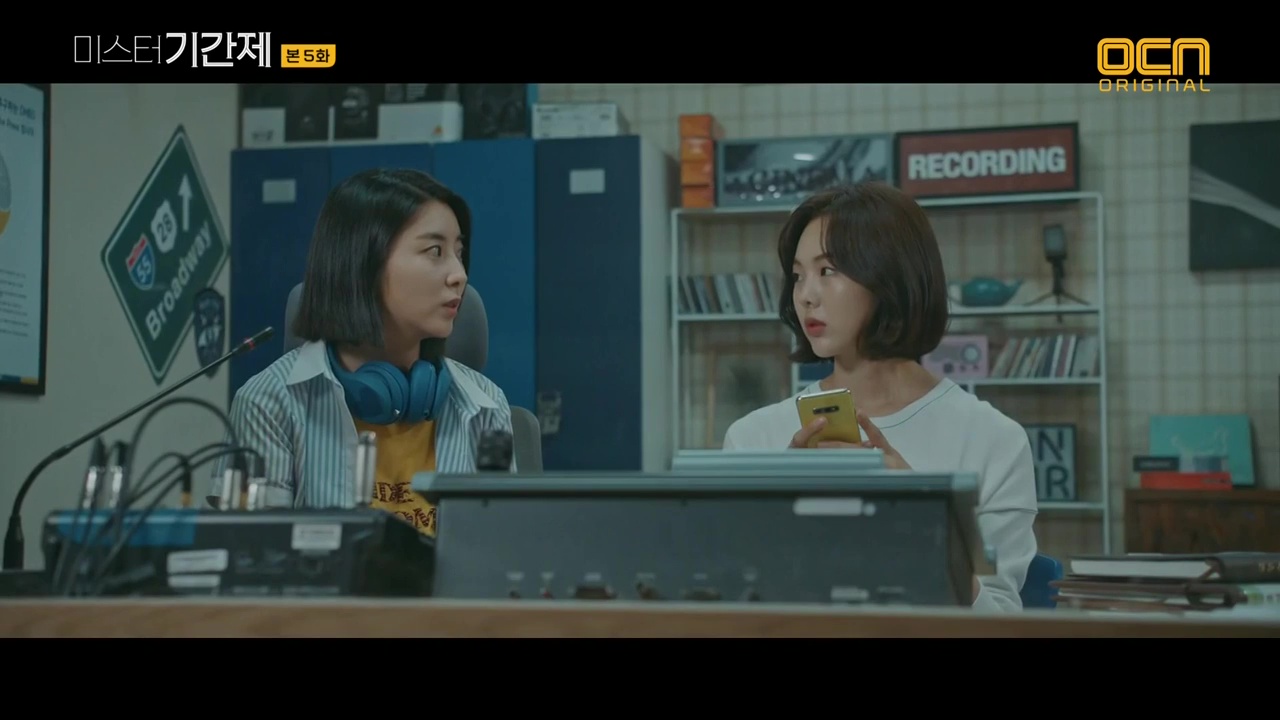 Teacher So-hyun learns from another student, SEO YOO-NA (Kwon So-hyun), that Ye-ri’s group used to bully Soo-ah. She also finds out about Moo-hyuk’s real identity and his role in Han-soo’s trial. Though he might not have been off the mark about Soo-ah’s secret life, that does nothing to allay her anger about his deception and the real danger she believes he poses to the students.

Both she and Moo-hyuk close in on different lines of investigation which draw an unexpected picture of Soo-ah. Soo-ah grew up in an orphanage with Kim Han-soo, where they were very close, but was adopted out at the age of ten at her own insistence, using her top marks as leverage. But the orphanage director describes how she turned up there again a few years ago, covered in injuries, to say goodbye to Han-soo “before everything changed.” When they met again at school, she refused to acknowledge him. 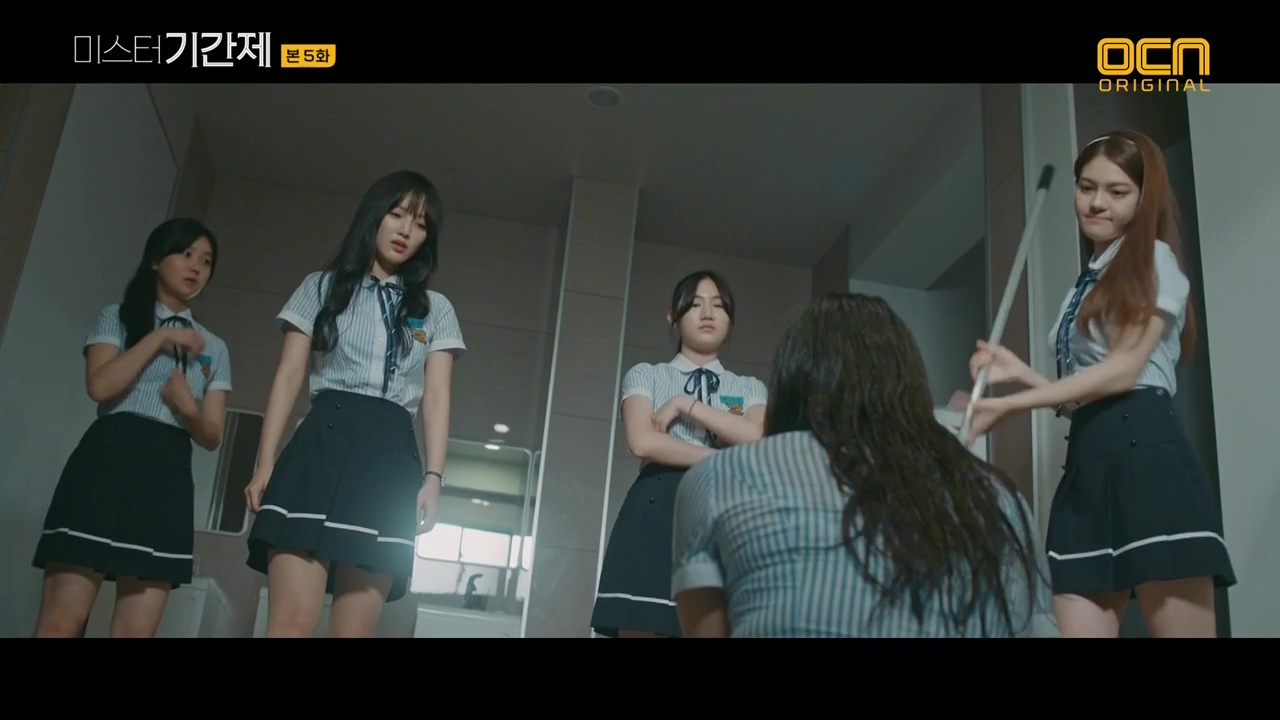 All of the kids have some kind of complicated connection to Soo-ah, including Beom-jin, much to Tae-ra’s enraged jealousy. We learn that Soo-ah’s real stalker, Lee Ki-hoon (the son of Lee Do-jin, Moo-hyuk’s former boss), tried to sexually assault her, but Han-soo had seen, and beat the crap out of him. Ki-hoon is a nasty piece of work, with no compunction in using people and then abusing them, a tactic that earns him neither loyalty nor goodwill, especially from his chief minion, bully Joon-jae.

It makes him one of the stupider members of the Hallowed Quartet at the top of the foodchain at Cheonmyung—unlike Beom-jin, who is the complete opposite. There’s a very taut moment when Beom-jin advises Ki-hoon to hide his ugly side from the other kids, which Ki-hoon sees as a challenge for dominance. Beom-jin doesn’t back off because he’s cowed, but because he’s smart. It’s obvious to anyone with half a brain that Beom-jin could crush Ki-hoon but chooses not to. 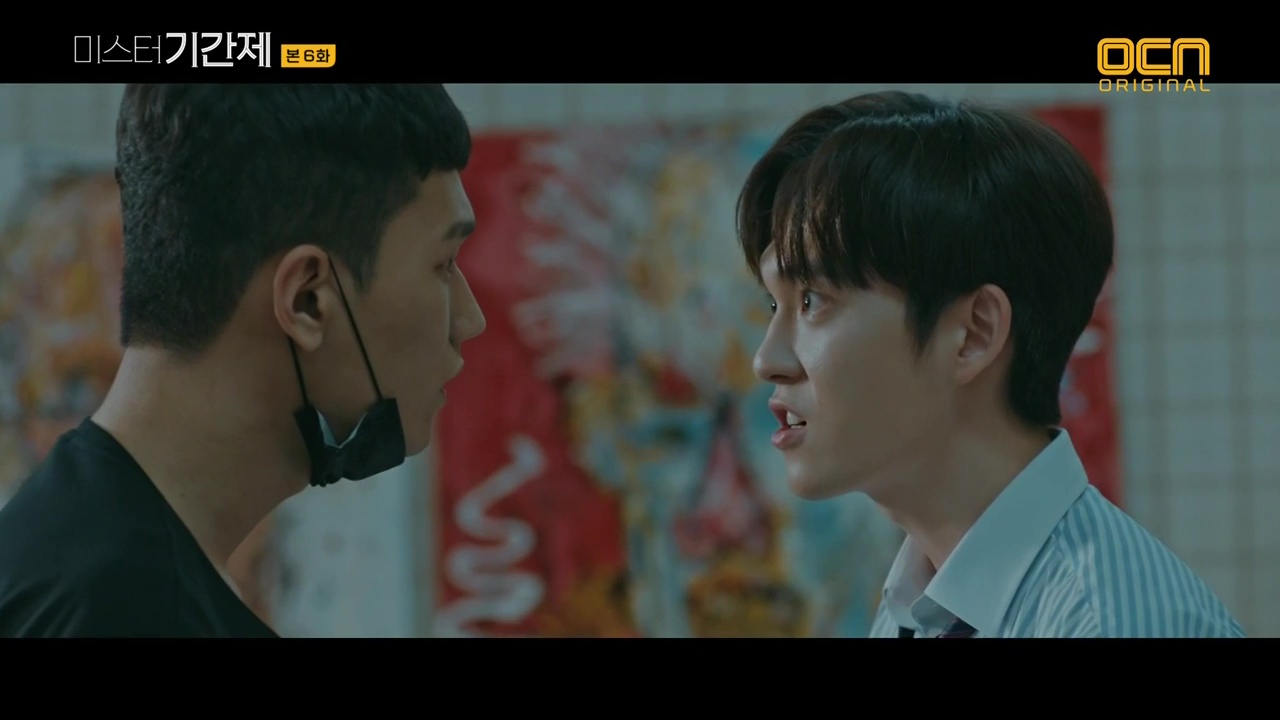 Of course, humiliation can only beget further humiliation, and Joon-jae takes his anger out on poor shuttle Byung-ho, even threatening to go after his little sister. That’s the last straw for Byung-ho, who finally fights back, and it ends with him pinning Joon-jae to the floor with a knife at his throat. He’s talked out of doing real damage by both Moo-hyuk and So-hyun, but both students are suspended and told to drop out, or else face expulsion.

Moo-hyuk is still on the trail of Han-soo’s last visitor before his attempted suicide, whose shoes match Joon-jae’s. By tracking Joon-jae, he learns that he’s living in pretty reduced circumstances with loan sharks on the family’s tail after the father went bankrupt and fled abroad. Huh. It explains a lot, though it doesn’t excuse it. Cornered, Joon-jae finally admits he stole the shoes from shuttle Byung-ho. But where did penniless Byung-ho get them? 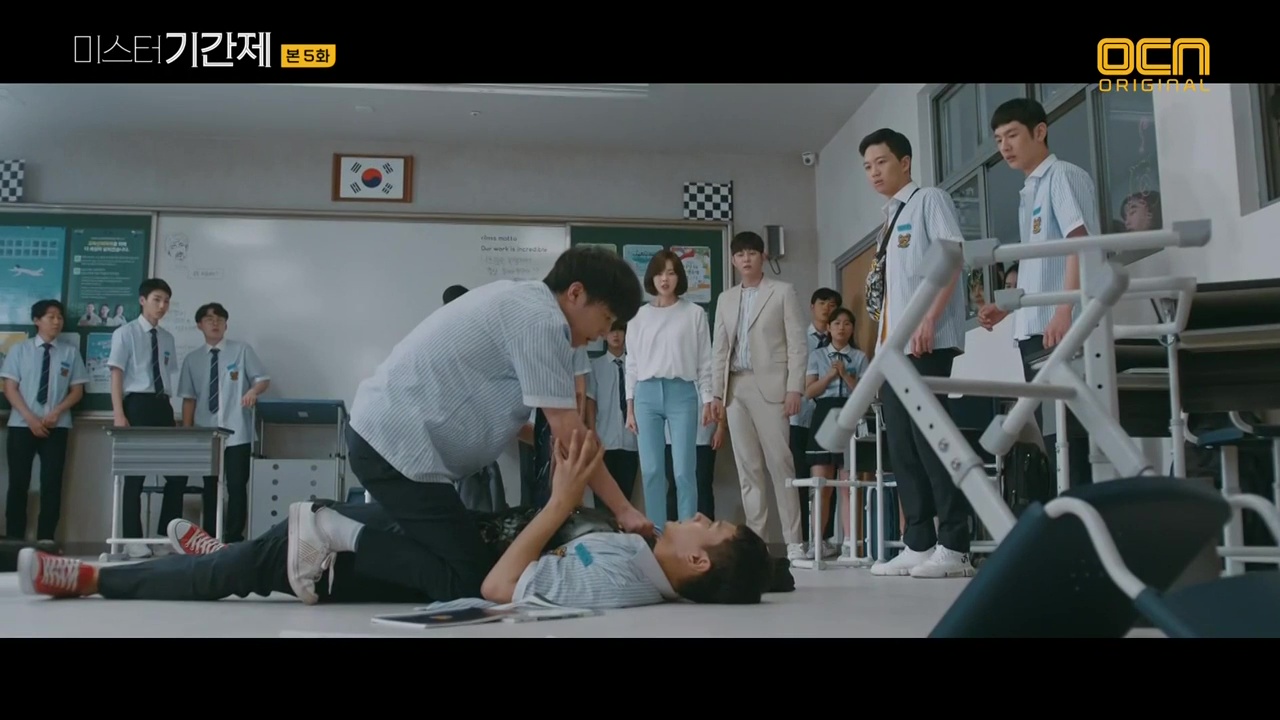 And that’s answered pretty quickly as an angry and desperate Byung-ho confronts General Manager Lee Tae-seok about being forced to leave school, especially when Lee had promised to end the bullying if he passed on his message to Han-soo. Well well.

But the plot gets even thicker in the search for the identity of Soo-ah’s sponsor, the man who frequented her house, when it becomes clear that it’s not Lee Tae-seok, but the person who is “zero” on his speed-dial, who just might be Moo-hyuk’s old boss, Lee Do-jin.

Prosecutor Cha is also on Lee’s tail, determined to uncover whatever it is he’s hiding, after he bought and stripped the house where Soo-ah was murdered. She finds out that he’s been trying to buy his way into succeeding the chairman of another private university after being cut out of the succession for Cheonmyung, his family’s foundation. Prosecutor Cha realizes that the school parents are the source of his significant funds, because the school doesn’t select for students so much as it does parents. 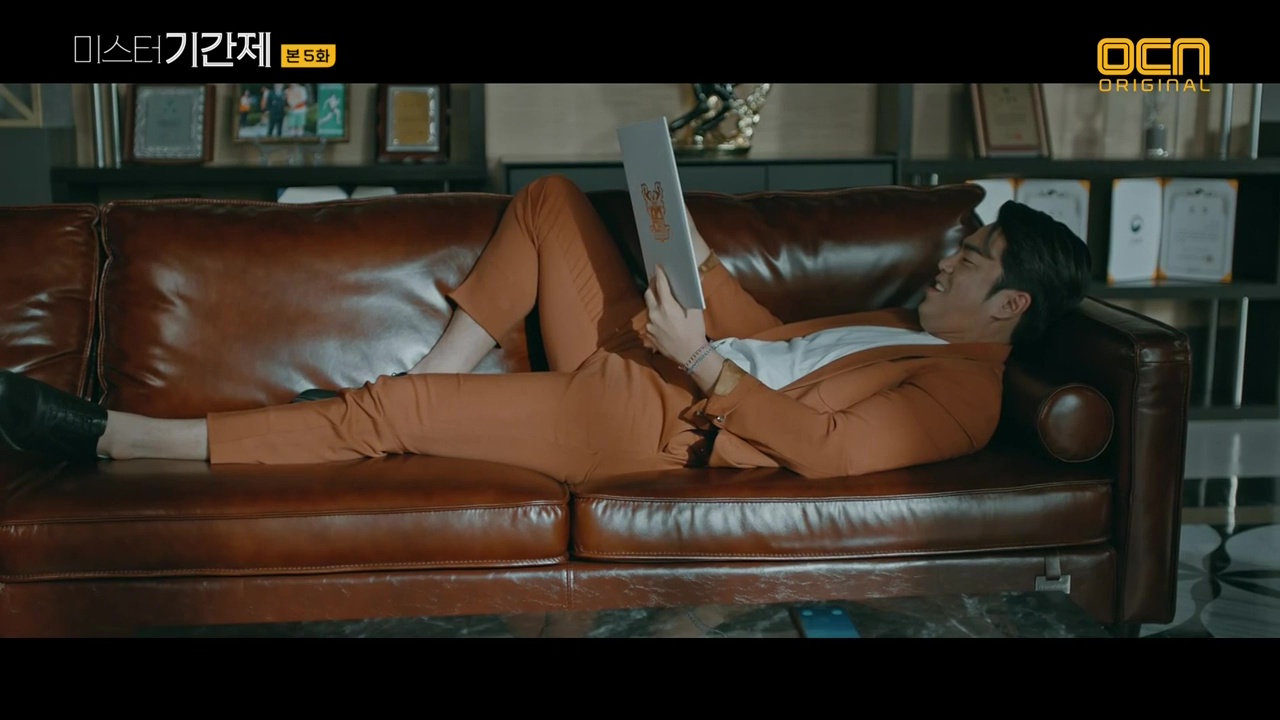 It should have been obvious, really, the moment you realize why the Hallowed Quartet refer to Manager Lee as “Butler Lee”. As far as they are concerned, he’s the help, and his purpose is to facilitate and provide maximum support for their passage through school into the world beyond. I find the whole commentary on the hierarchy of power so interesting, and the characters caught between the millstones of greater and lesser players are the ones that prove to be the most volatile, and show the most malice (like evil Teacher Jeon).

But despite all the evident cruelties and injustices at Cheonmyung, I’m most disturbed by Beom-jin. Man, I would like to know what he’s thinking, but he is so difficult to read. His concern and kindness seem genuine, for example to Byung-ho, but then he goes and joins hands with Ye-ri to lure Moo-hyuk into a fiery deathtrap. What’s his game? And what’s the nature of his connection to Soo-ah? Could he be her killer? 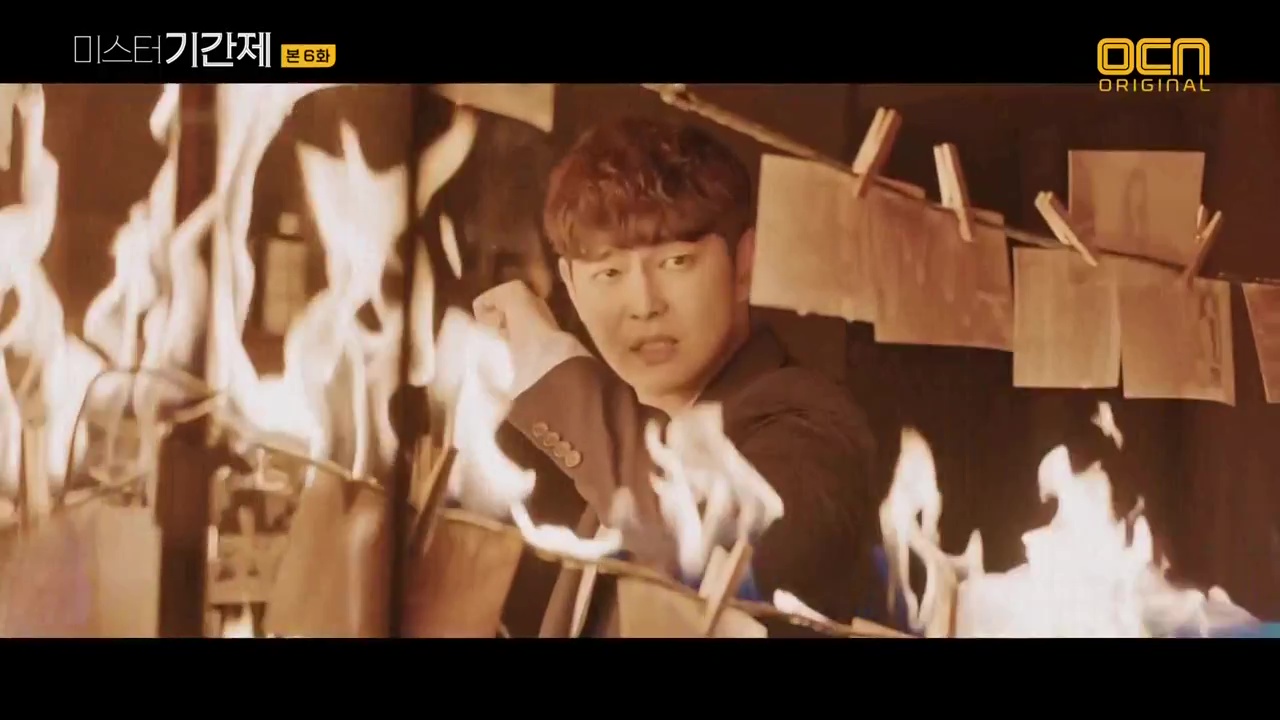 @saya, thank you for the thought... Ditto, by the end of the episode 6, I started to think that Beom Jin is so fishy.. Well, he is fishy from the start. And by looking at Tae-ra's flashback, despite of her jealousy, there's must be something between Beom-jin and Su-ah.

The show so far has directed us that Ki-hoon and Jun-jae are the bad kids.. the bullies.... (yes, they are), but above all.. there's Beom-Jin.

the ending scenes always make me look forward to the next episode, really loving L.joe here, feeling so much sympathy for Byung-ho, hope he can get out of this drama with a happy ending

Beom Jin seems to manipulate everybody. I'm curious what relationship he had with Yoo Na because Tae Ra looked very jealous when he said that they didn't know what relationship Yoo Na had with Butler Lee. It could explain why Tae Ra was bullying Yoo Na.

All these teenagers are scary. Even if they have some reasons, it doesn't justify all their acts.

Teacher So Hyun is too naive to work in this school. Yoo Na was bullied and she didn't know, the same for Byung Ho. I'm happy she tried to fight against the Principal but with the students she completely lost.

Shes wasting time trying to fight Moo-hyuk
So annoying. She needs to look at his actions instead of making wild, emotional accusations and going from there. She is sympathetic but soooo ineffective.

I think So-Hyun is a Phys Ed teacher in order to put some distance from the purely academic side of high school. Since she is apparently not involved in the grading scams there might be some “plausible deniability” on her part. Might be. It is really hard to believe she didn’t have a clue on what was going on.

Thank you for this Open Thread, @saya! I really liked how you called this show Class of Liars! HAHA

And as @missvictrix said, Hell School fits the title too, or maybe Class of Evil, seeing that the kids don't even feel hesitate to burn their teacher alive

All of the above seem to apply!

My theory is that Beom-jin's father is No. 0 and Beom-jin is tryna cover up for his dad. For now he seems genuine but his entanglement with Soo-ah and him ditching Tae-ra during the movies might come around in the later part of the shoe to reveal smth darker abt him...

I think so.. There must be something between Soo Ah and one of the parents, and for now it leans more toward Beomjin's father or Ki Hoon's father..

Oh, those little vipers, it was nice to see them at each other throats!
I think Beom Jin might be the worst because he thinks of himself as a nice guy(TM) and whatever his doings are, it's all for greater good(TM).
But most irritating character this week was Teacher Han, how someone be so stupid and blind to whatever happening around her is beyond me, I like the actress but the character is just hopeless fool.

Byung Ho as the messenger, I didn't see that coming.. I always thought it was either Ki Hoon or Joon Jae but that was too easy..

I thought Moo Hyuk's undercover mission wouldn't get caught at least until episode 12.. There are at least 5 people at school who know about his real identity and now he only has 10 days to reveal everything. I can't wait for the next episodes !

This drama is such a mess. There is almost no one to root for. There are so many terrible terrible people in this, it's actually a bit shocking. I am adding Beom Jin to the list. I don't even feel bad for them. That being said they need to burn the entire school down.

I think 0 on the speed dial is Beom-jins dad

This is my quickest watch I devour it without looking at the clock once. Watcher is the same but with Watcher I'm always rewinding to ensure I don't miss anything, so twisty. Awesome

I know what you are saying. I am following (used to avoid the word ‘watchIng’) both dramas also.

The kids in this drama are either the same age as me or younger, and that scares the hell out of me. I need to keep reminding myself that my peers don't murder, torture, and (sexually) assault each other. It's devastating to think that there might be high schools where this is close to their reality.

"It’s obvious to anyone with half a brain that Beom-jin could crush Ki-hoon but chooses not to."

I think Beom Jin fancies himself as a manipulator. He likes to push people to see what they'll do. I think he seems himself as inherently superior and above it all and likes to play with his chess pieces to see what he can effect.

His advice to Byung-ho for example was entirely pitched to manipulate him into fighting back. He even framed himself as a friend at his lowest point. The thing is, I don't see someone like this actually murdering a person. He'd be more likely to instigate than actually do.

Now that I think about it, we're saying something we often see in highschool dramas. And it's pretty spot on. That the kids are aping their parents (primate analogy deliberate).

Beom Jin is playing at being a political operator, the other kids are emulating their parents' behaviour in different ways too. And the most dangerous ones are those caught between the bottom they used to be at and the top they aspire to.