[Hey, that’s me] A mirror to my future 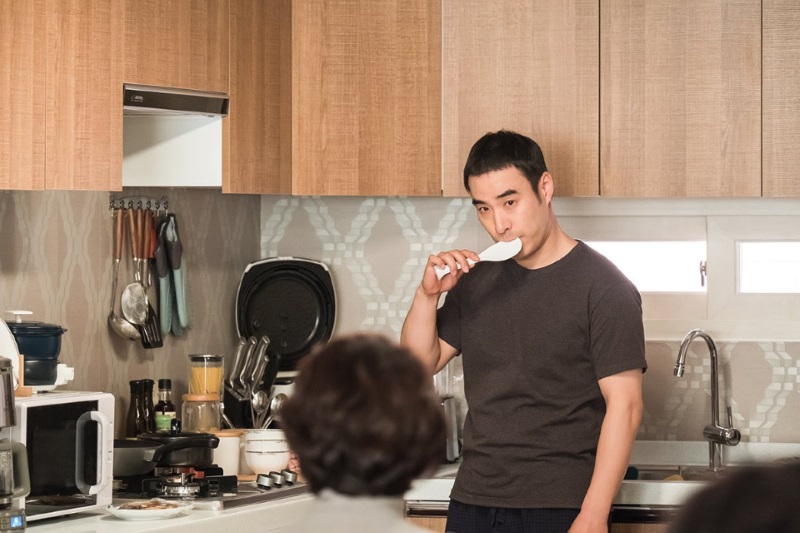 It is a little secret, mostly known to those who follow me on other platforms, that I absolutely adore Oh “Bad Cop” Yang-chon from Live. I don’t just enjoy him as a character however, it was that he seemed like a mirror reflection of me in so many ways. His character slapped me in the face, and with his development, had me rooting for him as I watched the show.

We learn early on that Yang-chon has a turbulent personal life. He has family issues and heartache to spare–his beloved wife wants a divorce and his close sunbae dies on the day he was due to retired. Yang-chon’s also a workaholic and when he’s assigned to train students at the police academy, he treats them with stern contempt. But as the show went on, he progressed and grew as a person. We saw marked changes in his manner as we got to peel back the layers of why he acted the way he did. As the pieces fell into place, I found myself increasingly familiar with him, as though I were looking into a mirror to see myself, but older. 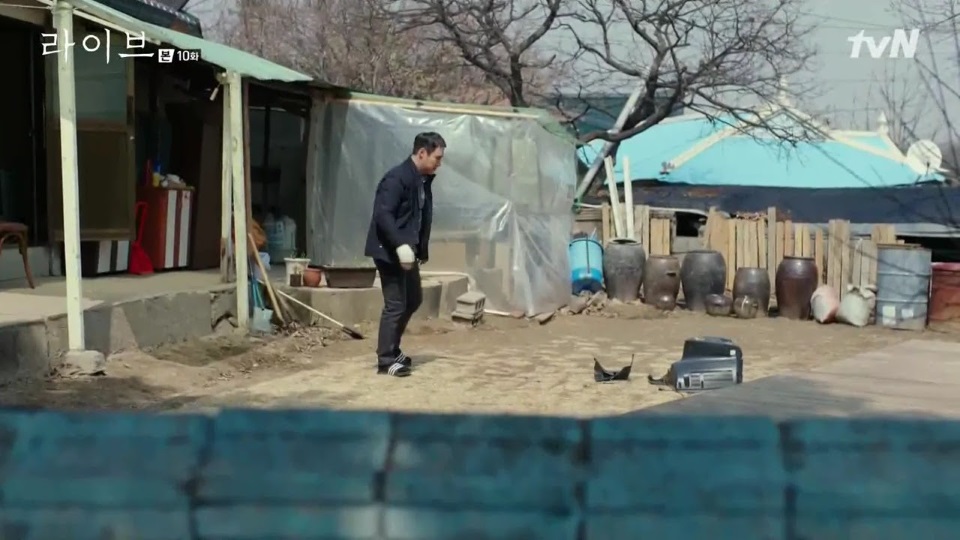 Here is him throwing out a TV because he’s pissed. Honestly, if I were him, trapped in the house I had been abused in after a difficult divorce? I would throw my TV out too.

He’s quick to anger, in part from an abusive childhood. He would often go into fits of violent rage in front of his once-abusive father–but never turns his rage towards his children, no matter how angry or upset he got. He goes from despising Sang-soo, the rookie cop assigned to be his partner, to trying to do everything by himself to attempting to shield Sang-soo from the dangers of being a beat cop. Shielding someone was the best way he knew to protect someone. Even Yang-chon’s relationship with his wife improved throughout the series as he reflected on himself and made changes in his life to become a better individual. 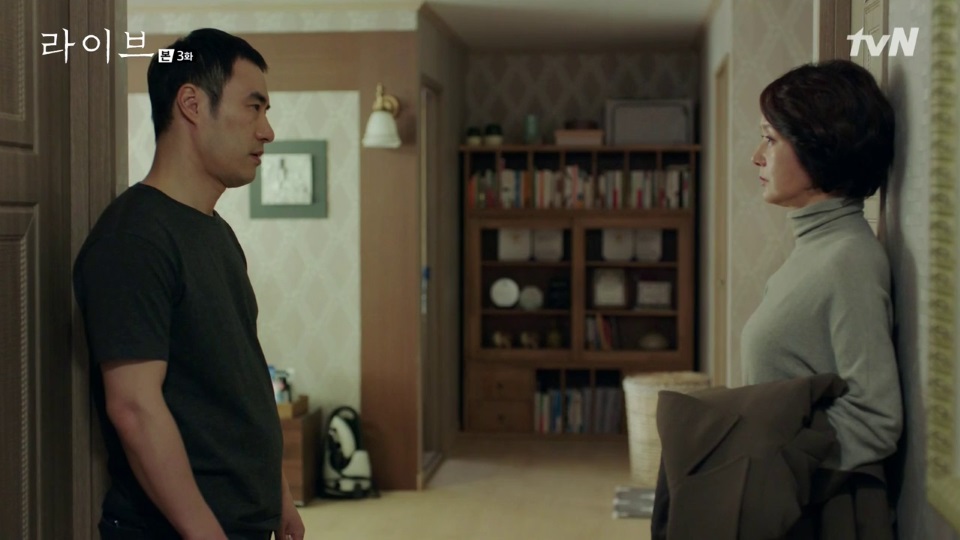 One scene that stood out was his lecture to someone who left the police academy in protest of his treatment. Yang-chon pointed out matter-of-factly that it was part and parcel of “being a cop,” that the job is unfair. Even after serving the public to the best of their abilities, as cops, they would still have complaints lodged against them and be put through even more stress than what they experienced at the academy. The way Bae Sung-woo delivers this hard fact in a tongue-in-cheek manner, complete with cynical laughter in the end was what sealed the deal for me. Oh Yang-chon is me, down to being utterly aware of the hazards of my job and taking it all in stride anyway.

As a writer, Noh Hee-kyung has always strived to create relatable and believable protagonists to root for, but I had never connected with one of her characters so quickly and intimately. Right off the bat, I suspected an abusive childhood when I saw Yang-chon’s anger issues and the way he addressed people, so it wasn’t difficult to feel sympathetic over the way people treated him. He genuinely was trying his best a lot of the time, but nobody seemed to feel any need to give him credit for it. 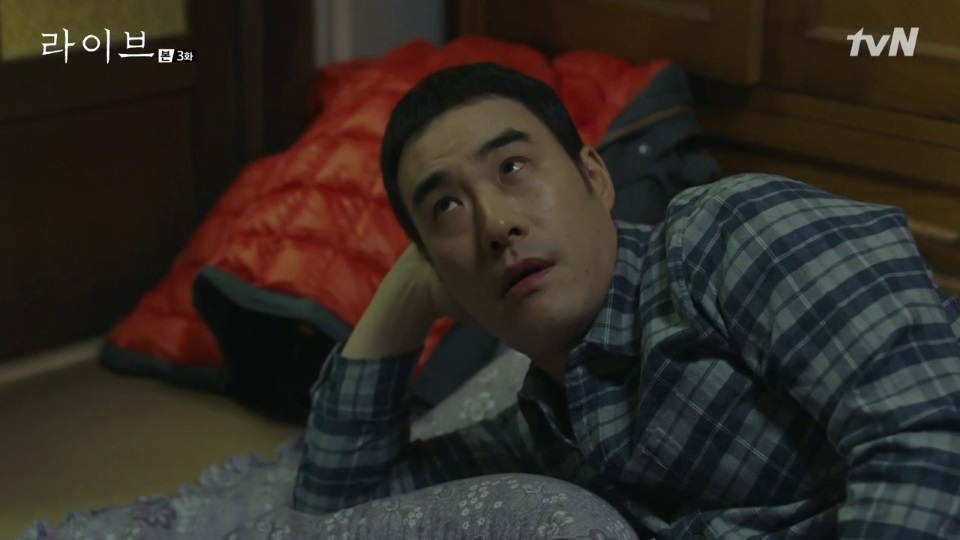 I’m only 23 and I’m trying to figure out my place in the world. So seeing someone like me, traumatised and brash yet a stubborn force of nature, portrayed on screen as realistically and beautifully as Yang-chon was made me feel happy and whole. I felt validated and represented.

Bravo, Live! Bravo, Bae Sung-woo, for bringing this man to life. And bravo again to the ever-amazing Noh Hee-kyung for imbuing him with her heart and spirit. 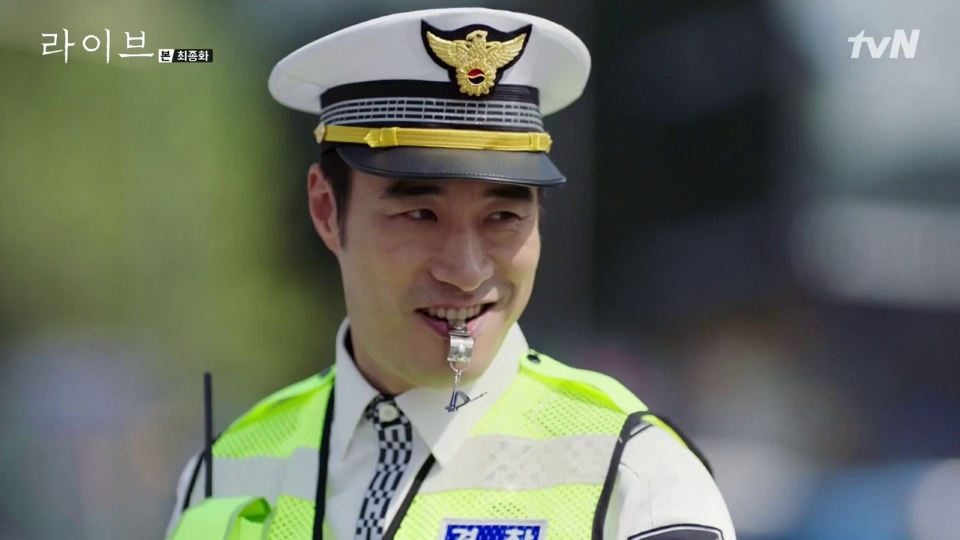 This is lovely @poliwag. Yang-chon was such an interesting character, and his development, and therefore his evolving relationships, over the course of the drama was so realistically done through skillful writing and acting. I don't think Live received nearly the attention it deserved, but I'm glad you found it.

i wonder how many people in the online drama community watched. i didn't think the show would get crazy popular or anything but i feel like i never hear about it.

People don't follow slice-of-lifes as much because the cast and crew aren't people they're usually familiar with. You see how Wise Prison Life took off simply because Shin PD did Reply and people know Reply, but not as many folks would be like me and follow Noh Heekyung's dramas because they just don't see their "eye candy" as much. It's a shame considering Live was always on Netflix- it's only 1 click away :3c

I. LOVED. LIVE. And it was mostly because of Yang -chon and his wife. They showed the realities of marriage and divorce and then finding love for each other again. That was a mature relationship and we don’t get those in dramas much. Great write up!

He was my favourite character with Han Jung Oh. Bae Sung-woo was really inceredible in this role.

Jungoh was great too! They were both my favourites but I resonated more deeply with Yangchon as a person

Oh my... I haven't watched Live yet, and I have read this piece of spoiler without realising it!!! 😱😱😱
But hey, you wrote it so well that I couldn't stop reading. Congratulations! You got me from beginning to end. Thanks for sharing bits of your life; I hope it will turn out even better than his 😉.

I'm sorry :< It is excellent though please watch it if you want to see how Noh Heekyung extracted the folder labelled "tadpole personality" in my brain and turned it into a character

I loved Live. Yang-chon is such a memorable character.

That was a great write up @poliwag ! Yang Chon had my favourite journey in Live. He's someone we could meet in our daily lives or be like us. This character was really raw and truer than life itself.

i love your write up of a perfect character to love and learn by. i relate a lot to his character also and i loved his resiliency to keep trying for the things he really loved. thank you for this!

thank you so so so so so so much for this. i love this show so much and he is one of the best well-written male characters i've seen. ugh i think all of us could talk about this show all day.

while watching the show i was thinking of my life as well--i am not angry like him but like can tell like. besides every inch of this show he was the dad (the others were granddads) but the way a father should be, unlink his. he was really vulnerable and you knew he was kind. he and his wife are one of my favorite couples.

can't wait for her new show and i hope she doesn't stop pursuing the humanity in social justice with fantastic acting and writing. one of the most emotionally evocative dramas in a while which is hilarious bc it's about cops! great post, thanks for reminding everyone about bang! yang! chon!

fsr i have bang on my mind and not oh wtf

I absolutely loved Live. & because it's on netflix it's a constant replay for me whenever i needed a drama to connect to. It's amazing how subtly the relationships and choices made evolved over time, and before you know it something clicked. And I loved how every character was important and that made the drama flow.

For me, somehow I connected a lot with Sangsu's character. He's not the perfect man like Myung Ho and he's not all that quick-witted like Jeong Oh. He makes mistakes, a hell lot of mistakes, but he's earnest and genuine. And he keeps trying.

this drama is special to me. Although I i absolutely loved My Ahjusshi and that tops the charts. But Live will always be something special. Thank you writer No Hee Kyung!