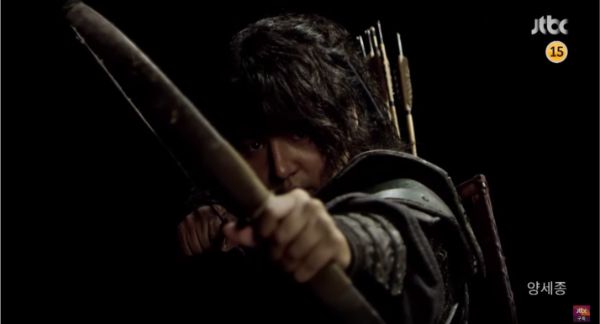 Keep the sageuks coming! Yang Se-jong’s (Thirty But Seventeen) new drama My Country has released its first teaser, and I’m loving the glorious mane that he’s sporting for the rough-and-touble Goryeo man look.

My Country is set during turbulent times as Goryeo declines and Joseon rises. Yang Se-jong stars as a warrior, and his character poster shows him alone, facing countless enemies on the battlefield. The copy reads: “At the birth of Joseon, they were there.” In his character teaser, he draws his bow back while thinking, “I will become stronger. Because I have someone I need to protect.”

In an era where best friends can become enemies, and enemies can become allies, Yang Se-jong fights to defend justice and change the world. He is the son of Yi Seong-gye’s most trusted underling, and commander of the Northern troops. With the exceptional martial prowess inherited from his father, Yang Se-jong is able to make his way in the world, but faces challenges as he tries to protect his loved ones. (Yi Seong-gye eventually becomes Taejo, first king of Joseon.)

Woo Do-hwan (The Great Seducer), Seolhyun (Orange Marmalade), Kim Young-chul (Criminal Minds) and Jang Hyuk (Bad Papa) will be joining Yang Se-jong in this new epic sageuk, but their teasers have not been released as of yet.

Upcoming JTBC Friday-Saturday drama My Country, directed by Kim Jin-won and written by Chae Seung-dae, will begin airing this October. 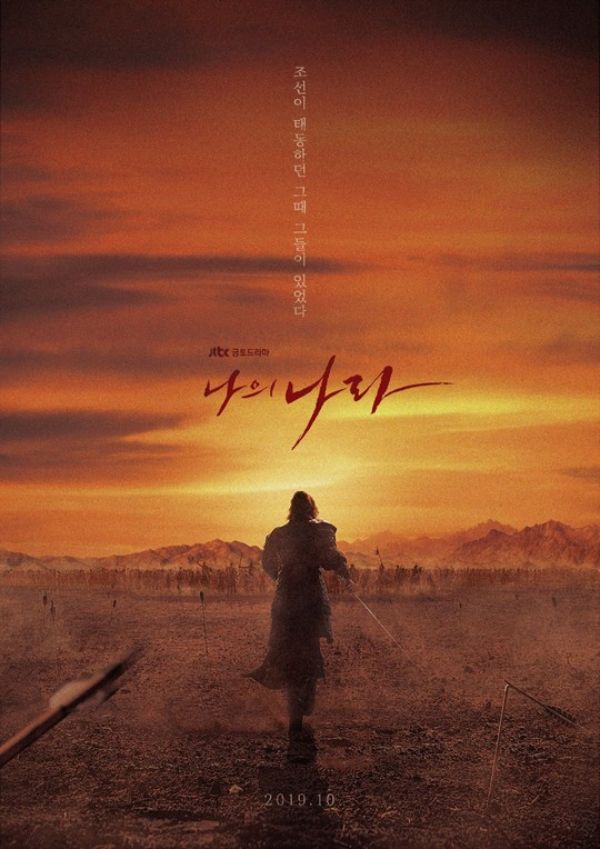 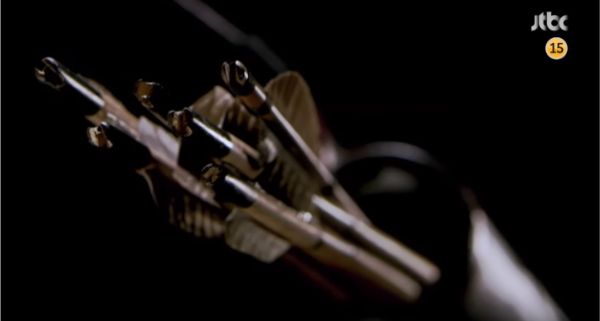 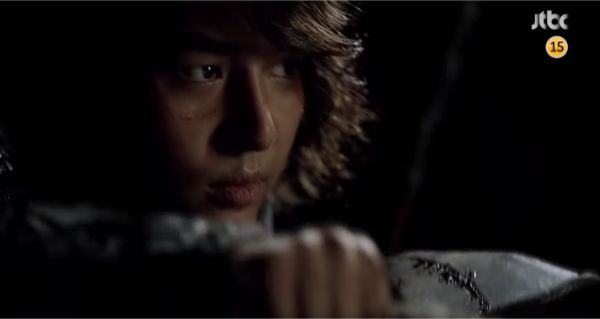 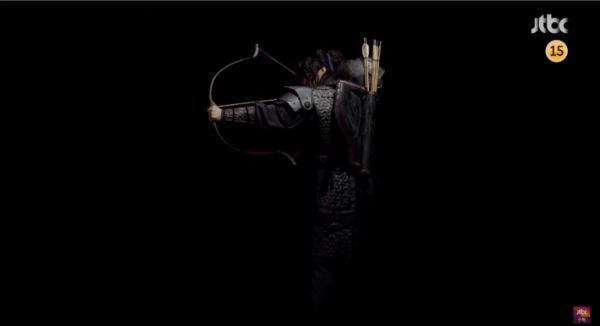 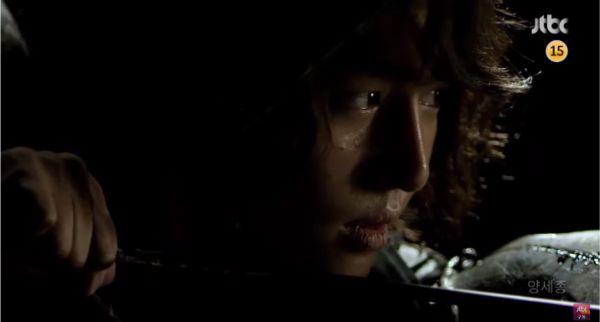 I want to watch this drama since they casted Yang Se Jong and Woo Do-hwan. In all these fluffy sageuks, I need a dark one!

He is actually very cute😍😍😍😍

Hot damn he looks good but "Warrior" Moo-hyul (TWDR,SFD) held that title. I'd love something different for Yang Se-jong.
I hope he is based loosely on Yi Ji-ran. He is one of the very few general to be described as handsome in the history books.

If it's a solid story, gritty and action packed like Chuno and War of the Arrows, then I'm all in.

I honestly don't know what to expect from this writer. I think PD Kim can do a WAR of the ARROWS drama version but I think only PD Kwak can pull off another CHUNO style sageuk with the perfect music to go with it.

I miss conversations with @kiara and @pakalanapikake! I may have to throw in Rurouni Kenshin as well. The music is also perfect in these films. The lighting, costume and posters are looking good for My Country. My heart beats for something epic!

Aw please join us :).
I haven't seen "Rurouni Kenshin" but I'll add it to my movie list.

*Gasp* You haven't seen Rurouni Kenshin? If you liked Chuno and WOTA, then you’ll appreciate RK. It's a trilogy (a fourth and fifth are in the works) and live-action adaptations of the manga set during the Meji period with Takeru Satoh truly coming to life as Himura Kenshin. Thankfully, they’re all made by the same team with the brilliant music score by Naoki Sato.

Here’s a clip from the first film, displaying one of the most riveting action choreography (and it’s no wonder, Kenji Tanigaki has worked with Jackie Chan and Donnie Yen) with inventive music to amplify it. Amid the scuffle, he even respectfully takes his sandals off and bows to the dojo, which is just a lovely detail.

Thank you! Excited to watch it.

based on Yi Ji Ran samchoon in SFD ?!
glad i'm not the only one who thought of him when the article mentioned "Yi Seong-gye’s most trusted underling"
but i thought maybe he is Yi Ji Ran's son 🤔
omggg

Yes he is the one I'm hoping that Yang Se-jong's character is "loosely" based on, his son rather from the description above so you are right :).
Yi Ji-ran is featured in a lot of sageuks of this particular time period and SFD was the latest iirc.
He was originally from Jurchen which was located north of Goryeo.

Yang Se Jong's character is Seo Hwi and his father is probably Seo Gum played by Yoo Oh Sung.
The names are fictional but the description fits the historical Yi Ji-ran. His Jurchen name wasn't Seo and Yi Seong-gye's most trusted underling wasn't a general with the name Seo either.

Yi Ji-ran was one of my fave from SFD so this is exciting even if he's being featured under a fictional name.

This looks good! I'll probably try it out.

Yang Se-jong is back! I really missed him.

*fans self* Why isn't it October yet?

Oh! Finally he's in a show which I may like!
I loooooved him in Duel so much but not keen on the last dramas he's been. He looks great.

I'm here for my fav PD Kim Jin Won. Can this drama release it now? October is already too far. I already miss his touch.

I'm guessing that he parted ways with KBS back in 2014 to work full time for JTBC. It makes me sooooo happy cause I want all of my faves working for JTBC. It makes fan-girling easier haha.
I've been a JTBC fangirl since launched.

I'm so happy he continue working in JTBC, given his latest drama rating in JTBC seems low. I'm surprise plus happy he get a change to helm what it seems a big budget JTBC drama.

I agree I 'm just a fan of this tv station who continue to provide me alot of my favourite drama this year!

The Package was one of my favourite 2017 drama!

Thanks for the update on MY COUNTRY, @tineybeanie! Yang Se-jong is looking mighty fine with those tresses. Now if only the crew remembers to turn on the lights when filming. I appreciate atmosphere as much as the next person, but I really want to be able to see what's going on. ;-)

Except for the bow, I'm reminded of Lee Min-ho as Choi Young in FAITH.

Yes, he reminds me of our favourite Goryeo general!
And yes, I second the plea for light. ARTHDAL CHRONICLES has already stretched my night vision ability to the max.

Choi Young should be part of this drama unless the story starts after 1388 which will only give us 4 yrs before the establishment of Joseon.
I'd really love for him to make an appearance because he is a freaking big deal in the last few years of Goryeo. He was the true loyal protector of Goryeo until he was executed by the winners who's descendants wrote the history of Goryeo.

Nobody can beat @kiara when it comes to the history. My head spins just imagining how you keep the people, facts and timeline in your memory.

You are too kind. I'm just a sageuk junkie lol.

I agree @newso.
@kiara, @pakalanapikake, and @wishfultoki are my Sageuk Sages.

Oh dear, I’m really ignorant, in no way in the same league as the Sageuk Sages. I’m more like a disciple.

No matter how much I love history, once I read it, the information somehow gently floats away from my memory.

Lol..I'm digging the chiaroscuro, but I see your point.

Absolutely well spotted! it is really looks like general Choi Young in Faith! I loved faith, at least the character of the general, i hope i can enjoy more with this drama. I think the costumes and the military uniforms of Goryeo were by far more attractive than late Joseon..

Please writing be good!!!Don't waste Yang Se Jong and Woo Do-hwan talents and holy chance to see them together in one frame!!!!

This drama looks so excellent! I really love the sageuk dramas. I am currently watching Six Flying Dragons, which I have figured out is set just after this one. And Faith is set just before them both. And I also watched the Kdrama MAIDS and that was set after all of them. (very confusing but I am slowly getting the hang of the events that occured!)
I love being able to watch Kdrama and get more familiar with Korean history slowly! I really enjoy to learn about it :)
I will definitely be watching this drama! (Also ... Woo Do-hwan!!! Yay!)

YASSSSSS! My heart actually lept in my chest when I saw this! #waitingandwaiting

Good for Yang Se Jong! He got me here because of Thirty But Seventeen, where I absolutely loved him. My heart can't take sageuks, but I will be reading the recaps, I'm sure.

Availability angst. MY COUNTRY is still missing from Viki’s “Coming Soon” list. I hoping Viki will license this drama.
WTDCYN was picked up by Viki and I never saw it on the “Coming Soon” list so I haven’t given up hope.
I believe Viki has established a relationship with JTBC. It has already picked up JTBC’s FLOWER CREW: JOSEON MARRIAGE AGENCY (Episode 1-16 Sept. 2019). I hope it holds a place for MC.

Yes @kiara. I am looking at it on my bookshelf as I write this.
Confession time. I only completed 41 of 50) episodes of the excellent JEONG DO JEON which I believe covers the MC timeframe.
Suddenly I became scrupulous about using *alternate* sites. I don’t know. I would like to finish is somehow.

I haven't finished it either lol. I'm keeping it for first hand historical reference from the founders of Joseon's point of view.
They had to justify over throwing Goryeo so it feels completely biased towards Yi Seong-gye and his people.

Jung Ha-yeon is the one writer who is brave enough to interpret history for those who didn't live to write their version of it.

I have so much anticipation from just seeing these few posters and with Yang Se-Jong just holding his bow in the teaser trailer, I hope it doesn’t disappoint. Can’t wait to watch it.

Did anyone say sageuk? I can't wait! Keep them coming~!

Please please be pretty good. And I hope Seolhyun's acting has improved far better than before. *fingers crossed*

Ok ok hold up though. Like can we PLEASE talk about that mane of glory? Like hell YES woman! ... I mean man