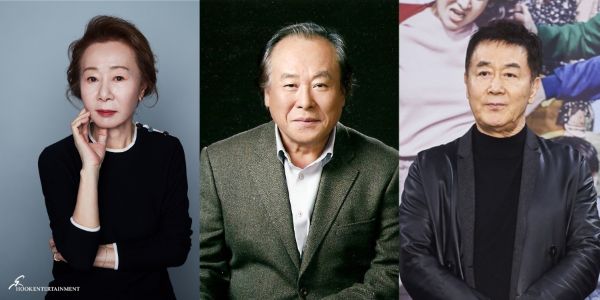 Casting has begun for the MBC weekender No Second Chances with Oh Ji-ho (Hotel del Luna, What’s Wrong Mr. Poong-sang) headlining. But I’m most interested in the drama’s senior love triangle, to be acted by the veteran stars Yoon Yeo-jung (Sense8, Dear My Friends), Joo Hyun (Mother of Mine, Dear My Friends), and Han Jin-hee (Enemies from the Past, Remember).

In No Second Chances, the guests of the old Paradise Inn gather in the middle Seoul, shouting “There is no second life!” Each guest battles their own failures and emotional scars to overcome them and dream again about recovery and happiness.

Oh Ji-ho plays the guest in room number 5, named Kam Poong-gi, who is an homme fatale. He has all the physical characteristics which allow him to entrance anyone of the female persuasion. A suit, when dressed on his golden-ratio body, fits like a dream. He also has a great sense of humor and flirtatious pick-up lines that work on any woman regardless of age, country, rank, or position. 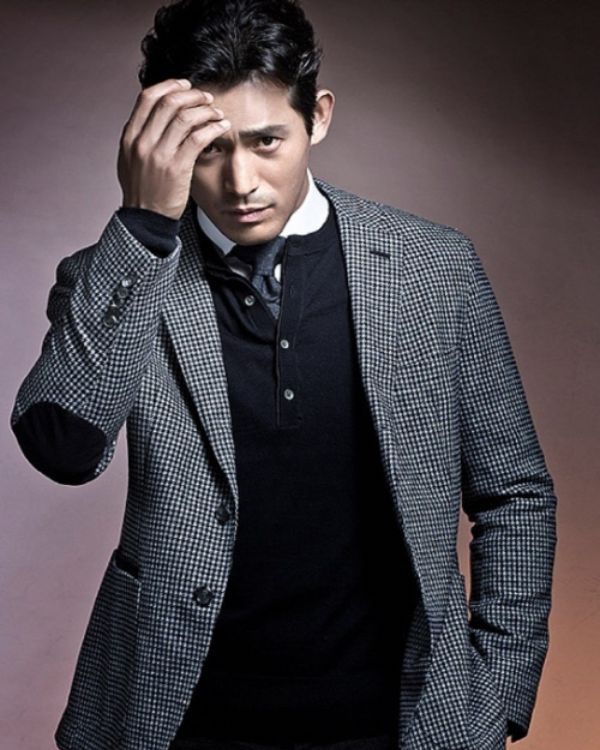 Joo Hyun plays an elderly romantic gentleman, named Choi Geo-bok, who has come to Paradise Inn to meet his first love from over 50 years ago, Bok Mak-rae, played by Yoon Yeo-jung. Within minutes of setting down his luggage in room number 1, he gets an earful from Bok Mak-rae, but even this, he views as happiness. Other than his devotion to his first love, Choi Geo-bok is a mysterious character, and no one knows where he came from, what he did for work, and if he has family.

Han Jin-hee’s character is Na Wang-sam, the wealthy founder of the 5-star Gusung Hotel built right across the street from Paradise Inn. He’s a masterful strategist with two fatal flaws: that he thinks he’s right in any circumstance, and that he’s obsessed with his own success story. He’s willing to do anything for money or success, but he has a bad relationship with Bok Mak-rae due to an incident that happened when they were both youths. He can’t wait to see her and Paradise Inn fail, but what will happen to his feelings once Choi Geo-bok enters the picture?

Yoon Yeo-jung, I love her! I've seen a lot of her recently, in Canola and Keys to the Heart to name a few, and she's just so charming!

Also, if this is written by the same person from Wolgyesu, I trust it at least a little. It had a certain something to it - that, and its brilliant actors, made it an enjoyable show.

I know literally nothing about these actresses and actors, the writer, or the PD...but this premise sounds SO good. I am definitely intrigued. Adding this to my list.

She got a chance on her one sided love finally!! (only those who have seen the BEST DRAMA WHO BEAT GOBLIN AKA DEAR MY FRIENDS can relate) hahahaha sign me in!!

oh i love the trio. sign me in indeed haha

how many eps would this be? this looks beautiful! more love stories with older people and a mixed cast. so much great acting!!!

I love her!
And, good casting on Oh Ji Ho as an homme fatale. I didn't buy him as a thief at all in del Luna.

He's the thief of my heart. LOL. Before slave hunter at least. He bore me on slave hunter.

:O he’s handsome but he gives off a cute clumsy charm to me. I can’t imagine him being a suave casanova.

The main love triangle though! It seems template-y on paper but the fact that it’s set 30 years later than the usual triangles makes me super curious to see!

His character What's Wrong Mr Poong sang 'tried' hard to become a suave casanova, but suave was really not the word to describe him. LOL

Sadly I don't buy him in anything. Love the dimple though.

This sounds interesting...and fact it features veteran actors makes it a double must watch! My one concern is that it gets aired in my region, hear me Viki?

I'm glad that weekend family dramas are keeping our fave veterans employed. I'm not ready to part with any of them.