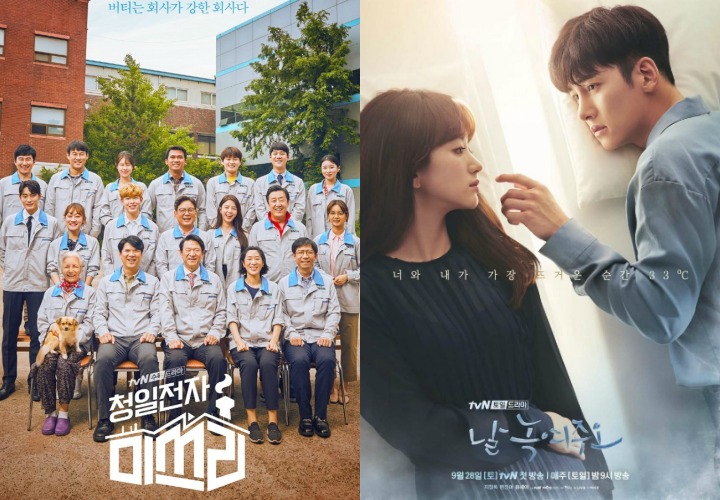 Our last drama premieres of September promise laughs and romance in unusual settings. 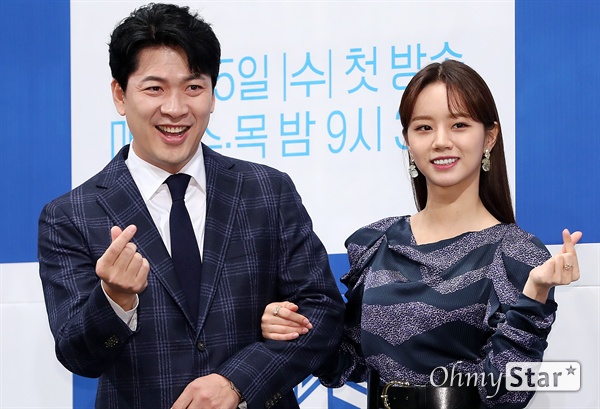 Reasons to watch: Desperate times call for desperate measures, and it’s understandable that a company on the brink of closure would be willing to try anything to stay open. Usually “anything” doesn’t involve promoting a low-level employee to CEO. But that’s exactly what happens in Miss Lee when Hyeri (playing the titular Miss Lee) finds herself at the top of the company pecking order overnight. Hyeri is a hapless character so when she finds herself in charge of the company, she’s determined to give her all and turn things around. Though she has resolve to spare, she doesn’t have the knowledge necessary to run an entire business on her own. As she flounders, she pleads with department manager Kim Sang-kyung to help her lead the company. Kim’s hesitant and jaded since he’s pretty much seen it all, but he eventually relents, which kicks off a special mentor-mentee relationship. At first, Kim Sang-kyung isn’t the only one who’s ambivalent about saving the company, but Hyeri’s unwavering devotion eventually wins people over and motivates the entire workforce to band together. 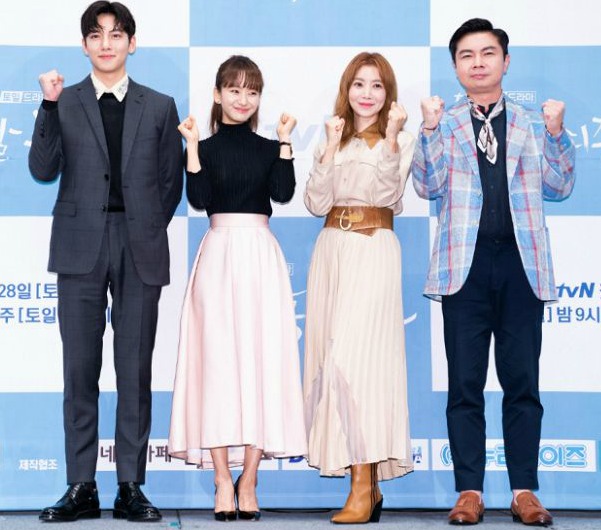 Reasons to watch: What could possibly be gained by ruining the lives of two people? That’s what Ji Chang-wook, Won Jin-ah, and I want to know. For our protagonists it’s a matter of the utmost importance but let’s rewind twenty years first. Ji plays a major variety show PD who’s hoping to add to his string of hits with his latest project: documenting two people being cryogenically frozen for 24 hours. He volunteers to take part in the experiment and Won Jin-ah joins him as the other subject in the experiment. When they finally regain consciousness, they effectively wake up in the future as twenty years have passed–but there’s no satisfying explanation of what happened the night of the experiment. What’s more, an unfortunate side effect of being frozen for so long is that they must keep their core body temperature at 33 degrees Celsius (91 F). So after coming out of a deep freeze into the future, all they have to do is stay alive, figure out their place in this new world, and solve the mystery of who (or what) caused them to stay frozen for decades. Easy peasy.

I'm conflicted because the plot for Miss Lee is more up my alley, but I adore JCW where I'm sceptical about Hyeri. I'm not sure what to expect, but I'll watch both and see where they take me.

I think Hyeri could do well in this role, judging from the teasers - maybe she'll overact a little, but I'm convinced she'll be quite charming!

I’m keeping my expectations low for now, but I’m open to the possibility that I’ll be pleasantly surprised!

This is kinda how I feel, too.

It’s a tough call tbh. Whether or not Miss Lee is even a fraction as good as Chief Kim will depend on how good Hyeri is. I know JCW will be great, but I’m never as interested in sci-fi type plots, mostly because I’m such a stickler for proper logic/science backing up the drama (side-eyes Abyss).

I'm going to get a semantic slapdown I'm sure for being "that person" but Korea has only made one sci-fi show as far as I'm concerned and that's Circle.

This is not 'scifi', nor was Abyss. I'd love it if they made more scifi tbh, Circle was so good.

Nah, I think you're absolutely right, tbh. They market/categorise shows as 'sci-fi' but they're never actually sci-fi, which ends up annoying me.

I still haven't watched Circle, despite everyone saying it was amazing. I should really bump that to the top of my list.

Sadly I don't have time to check either of them. Can only take out time for one!! Please let me know which one is more worth watching!!

I’m going to check out Miss Lee after my run in a bit. Will update you on my fanwall!!

Whoops, silly me, I realise now it's only out tomorrow where I am, so I'll update tomorrow 😅

I have seen Hyeri only in Entertainers, and although many criticized her or didn't like the show, I was ok with her, I liked her character, and now some years have passed, so she must be acting better.

I watched her in her breakout role in Reply 1988, and I thought she did a good job with her character, but nothing after that really appealed to me all that much.

I don't think she's going to be awful and she's definitely not the worst I've seen (to this day, I find it basically impossible to watch Hwang Jungeum in ANYTHING). She seems more suited to characters like this one, so I'm going in with an open mind for sure!

i really looking forward to JCW's dramaland return. I hope melt me will be a fun watch i'm in need of a good laugh

On a scale of K2 to Suspicious Partner, how disappointed will I be in Melting Me Softly?

I'm the other way round, since K2 was such a nuclear-powered train wreck that something similar might be fun. The back half of Suspicious Partner was a long, slow character assassination akin to a root canal without anaesthetic.

I'm hoping for humor and no train wreck.

... "slow character assassination akin to a root canal without anaesthetic."
I've had tooth surgery with nothing but local anaesthetic and let me tell you, that the back half of SP was indeed akin to that.

I think my three root canals were less painful and required less anaesthesia.

It's okay, at least there's gin.

I won't be watching. Okay so maybe I'll watch the first four episodes for Wookie.
And then this one is ALL yours chingu.

Oooh do I have a shitposter CONTENDER DO I.
Between the two of us we will have watched all the trash this year.
You with Abyss, Absolute Boyfriend and this.
Me with well you know what.

I dropped Absolute Boyfriend (thank GOD!) but I am guilty of watching Abyss. I want to make sure I've seen the worst show of the year at the very least.

Oh you did drop it? I thought you finished it lmao. I'm just glad I never started it pfft

You have Such a way with words!

This is completely a valid ranking scale. I'm hoping it errs (if it errs) on the side of Suspicious Partner, where at least the side characters were a hoot and fun to watch. May there never be another K2.

It's called "Melting Me Softly" which is a somewhat inauspicious start

Strong Woman Do Bong Soon but with JCW.

It's by the same writer LT. I can see it all now.

7 Katakwasabi wants a Frodo plushie (the kakao emoji, NOT the hobbit!)

I don't have plans to watch Melt Me but I want to know how they will melt. Heh

I wish I were more excited for Melt Me. I was, once, but the trailers and stills and photoshoots....the chemistry doesn't seem to be there... but maybe I'll be pleasantly surprised?

I am excited for both! Can't wait to see the ahjussis in Melting Me Softly 😁😂😁👏

YASSSSS been waiting for the ji chang wook drama foreverrrrrrr. so excited! lol. my weekend is going to be busy with vagabond and now this haha

For the sake of Ji Chang Wook, I hope Melting Me Softly will be good...... The title is so off putting.

There's also Love is beautiful, life is wonderful on KBS

"What’s more, an unfortunate side effect of being frozen for so long is that they must keep their core body temperature at 33 degrees Celsius (91 F)"

I hope this means Ji Chang-wook needs to wear as little clothing as possible to keep himself cool. I mean, do you even need a plot outside of that? I know I would binge watch that many many times over. I bet ratings would be through the roof. 😏😂

LOL!!!! You are so right! But this is kind of a fall drama and they always film outside so... I am not expecting him to show us so much of at least his abs😞

Um did anyone else see the trailer of Melting Me Softly??? I will never get over his intense stares of love. IT HURTS

I've been dropping drams left and right and melting me softly sounds cool but JCW isn't much my spec. I don't look forward to his dramas. I'll check it out with low expectations.