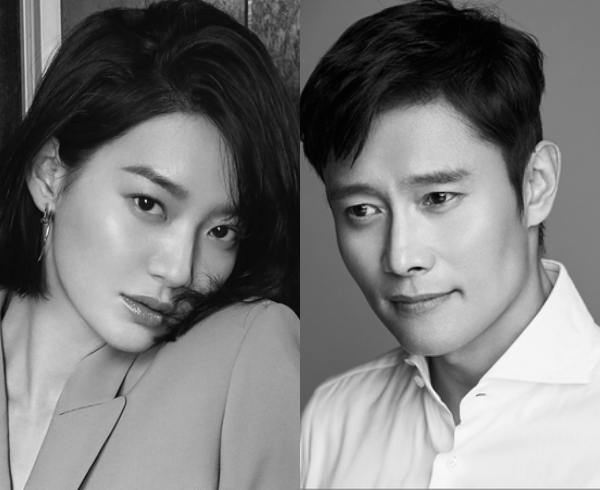 According to the latest reports, Lee Byung-heon (Mr. Sunshine) and Han Ji-min (One Spring Night) have joined Noh Hee-kyung’s next drama, along with Shin Mina (Chief of Staff), Bae Sung-woo (Live), and Nam Joo-hyuk (Nurse Teacher Ahn Eun-young). Called HERE, the drama is about a humanitarian nonprofit NGO and the people that work there.

Other than its title and setting, there’s nothing that has been revealed. Everything has been kept under a tight seal of secrecy, which has provoked even more interest in this drama.

What is known is the amazing quality of the casting lineup. All powerhouses in their own right, these actors have featured in some of my favorite dramas and movies. And because of their long histories in the entertainment world, they’ve all had chances to work with each other in some capacity or another. Earlier this year, Nam Joo-hyuk and Han Ji-min starred in fantasy melo The Light in Your Eyes together. Lee Byung-heon and Han Ji-min both featured in period movie Age of Shadows, and earlier on in her career when she was a child actress, Han Ji-min played the younger counterpart to Lee Byung-heon’s lover in All In.

Just based on the actors and screenwriter, it looks like the drama is off to a great start. Filming is set to begin in early 2020. 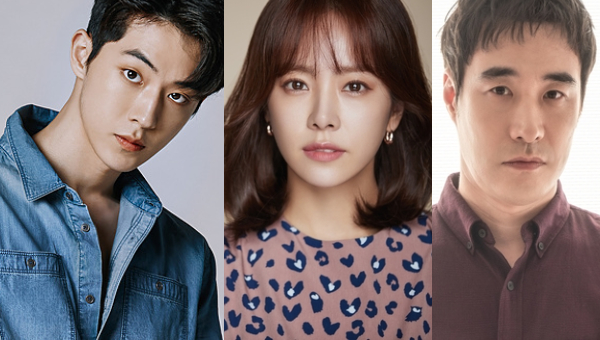 All in all, all these actors are connected. I love shin mi na, Lee byung hun and nam joo hyuk. The rest, no idea who they are.
It doesn't sound like a romance drama. Will decide if to watch it when there is more news

I'm just too happy to see a new drama from Noh Hee Kyung! Based on the drama's theme, I think Jung Woo Sung could've been interested in this project too (he also co-starred with Han Ji Min in Padam Padam). Anyway, I'm pretty excited to see what kind of story will be unfold. Noh Hee Kyung, fighting!

Best cast ever - with Bae Sung-woo and Han Ji-min in the same drama, I'm already crying.

I love Noh Hee-kyung's older dramas. It felt like a tribute to every woman who had gone to hell and back for their family. So real and sincere. She is the queen when it comes to "slice of life."

I'm not a fan of any of the actors but will still watch for Noh.

I feel like Dear My Friends was the closest to her older dramas. Mundane but impactful events happening in someone's life.

I have difficulty in choosing Live or My Adjusshi as the best drama of the year.

Bae Sung-Woo’s performance in Live is phenomenal as the tortured policeman, husband, father and son.

not a my mister fan so i'm just being a LIVE stan. best show about cops EVER

@boughtabride, amara,
I don’t know if is the best cop show ever but it has to be considered one of the best. 5 stars.

O/T bit of trivia, Yeom Hye-ran who is currently playing Attorney Hong in CAMELLIA , in 2018 appeared in both LIVE and LIFE.

i'm a pretty big anti-police state person so it takes A LOT to get me to like shows about cops. but i must concede i was a pretty big law and order fana nd i love..love...LOVE criminal intent

omg i love her i wish i finished LIFE!!! do u like camellia?

I did. It's just that her earlier dramas are still my faves.

In what way live is a feminist piece?

That’s an incredibly stacked cast. Interested to see how it turns out. Noh Hee-kyung’s Live was one of my favorite dramas last year.

What is the budget gonna be on this and what show is gonna have to pay the price for it.

7 bebeswtz❣️Xiao Zhan is my happy virus

The casting is so filled with crossover reunions :)

Jo In Sung won't be there ?

I read that Jo In Sung declined the role due to scheduling conflicts. Awwwww~ return to dramaland soon Jo In Sung~ huhu

I kinda hoped he would do a cameo like in Dear My Friends, aka almost a secondary role, but it won't sadly happen.

sorry to be a buzzkill but like...are u kidding me lmao. noh hee kyung is a smart lady, what on earth is LBH doing in these types of series. UGH

i love her work so much and live is one of my most favorite shows one of the best kdramas ive seen and one of the most progressive. come on girl..

similarly disappointed by the presence of LBH instead of JIS (;___;). sigh. but the ladies in this drama...what a combo.

I would've been so onboard had JIS signed up but ugh now its him and i might have to skip.

Do you see him, my tiny man, he's back

That aside though, I'm praying LBH's just a recurring cameo as they did with Jo Insung for DMF. I love both Noh Heekyung's works and Bae Sungwoo but I don't have the inner strength for this

Uh-oh, i’m so excited that no hee kyung writernim is back (she is definitely my favorite) but ... i actually have uneasy feelings about this star studded casts in her new drama. Her latest dramas such as live and dear my friends have humble casts (definitely not in terms of acting skill but popularity) and for me the choices of this kind of casts was a big factor that made the stories in her dramas really shine. I love to discussing her dramas with other netizen and most of our comments were about how good the stories and rarely about how good looking the actors were and i think that is the perks of her drama. People didnt stay for the stellar casts but for the stories. But with this star studded cast, i’m afraid that people don’t judge the drama honestly or their views will be distracted from the story to the casts. If this one get high ratings, i don’t want a bias that say it because the popular actors. I just really hope the casts popularity or faces wont outshine the story this drama want to tell. Her drama it’s okay that’s love have jo in sung and gong hyo jin in it, but since i was watching it marathon long after the drama end, i didnt really know what kind of public reaction that drama got so whatever the reactions were, it didnt affect my pleasure while watching that drama. Knowing her dramas feels like privilege for me. I feel like i’m one of a few lucky person who knows her drama (her dramas weren’t internationally popular), and it feels good because as if i saw and hear something special that other people didn’t. But if people only come to see the casts, i feel like it cheapens her drama. I know i’m being super petty here, but ... yeah, i just feel that way.

Oh, good point. Beside Bae Sungwoo, who's not exactly the type to foray into dramas as much, this current lineup is ridiculously and atypically front-loaded. Is she gonna pull a Kim Eunhee and start killing off characters vigorously after making us attached? Can I bribe her to have Bae Sungwoo linger as an annoying ghost and possess the survivors for 50 wons?

I hear you. That was part of what made her earlier dramas more memorable.
I hope she'll reunite with PD Kim Cheol Kyu (More Beautiful Than a FLOWER). I'm not a fan of PD Kim Kyu Tae.

You are right but I think a good writer would also succumb to ratings pressure by channels. Whrn she has a humble cast, she gets humble ratings too. I remember Live not scoring much and even how grear DMF was, I remember there being another show airing at that time that scored more. So maybe she also wants to make a show that will be more profitable.

So true. We've seen some of our fave writers in this situation but we still support them.

These are all excellent actors. Low-key looking forward to this.

I love the writer. I have watched most of her recent works. This is stellar cast indeed but definitely looking forward to han ji min and bae sung woo's collaboration. Live was awesome because of bae sung woo. So nice he and han ji min accepted this project.

if she is the one who wrote Uncontrollably Fond, i am scared of her writing

Noh had nothing to do with that show. She is well loved for good reasons.

oh i didn't mean it in terms of bad script..

it is too stressful to see drama turn into real life in case of kim woo bin.. scary.. shudder

what is it with dramaland and putting together dramas with all my favourite elements and writers and actors and then insisting on putting a human shitstain like LBH in the middle of it?

Imagine me grabbing VIKI by the lapels and shaking them back and forth while screaming 'YOU HAD BETTER STREAM THIS ONE!"