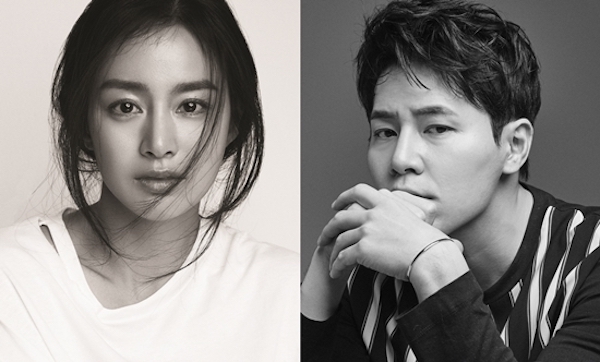 After a five year hiatus during which she got married and had two children, Kim Tae-hee (Yong-pal) has finally confirmed her next project: Hi Bye, Mama! This upcoming tvN drama is about a woman who is separated from her family after her sudden, accidental death. It’s the story of her ghostly reappearance in her husband and daughter’s lives and her journey to reincarnation.

Kim Tae-hee’s character is an upbeat, nosy spirit who’s clocked five years as a ghost. Generally, she’s a cheerful optimist despite her spectral status, but she hasn’t been able to ascend because of her one regret: not having been able to hold her child. For some reason, instead of receiving her eternal judgement in the afterlife, she’s given a chance to return to the world of the living for 49 days with a chance to prove herself.

Her husband, a cardiothoracic surgeon, will be played by Lee Kyu-hyung (Doctor John). He has buried his grief for his wife and first love deep in his heart. Although he was originally warm and friendly, after Kim Tae-hee’s death, his personality changed. When his wife appears in front of him again, his whole world is thrown into tumult.

The director for this drama is Yoo Je-won, who has directed some of my other favorite supernatural dramas, Oh My Ghostess and Tomorrow With You. Additionally, Go Back Spouses writer Kwon Hye-joo is on board as the screenwriter, so I’m definitely anticipating some laughs as well as heart-wrenching moments.

Saturday-Sunday drama Hi Bye Mama! has begun filming and will air in the first half of 2020 on tvN.

I'm so excited for this! I love Kim Tae Hee and upon seeing Go Back Spouses' writer as the screen writer?! *jumps in excitement*

2 gadis | Waiting for the next Playlist 🏥🎶

I love the writer's previous drama, so I have high expectation for this one to be just as heart warming and bittersweet. And oppa is back!! Yay!! 🎉🎊🎉🎊 Though with another character-with-tragic-backstory. (Seriously, what's wrong with his tendency to pick these type of roles??) Anyway, I'm super excited.

I wasn't crazy about Go Back Spouses *ducks* but I'd give this a try for Kim Tae Hee and Lee Kyu Hyung.

Oh no... this sounds like a tearjerker for sure. I was crying half of time of Go Back Couple and its premise wasn’t even this tragic.

Why does it have to be ghost-y things and reincarnation?? I would rather have amnesia! 🙄

The writer of Go Back Couple?? Oh damn, this could be amazing.

This sounds fun, I like the premise. Kim Tae Hee does nothing for me one way or another, but I'll watch.

Looking forward to it👻

This sounds like such a fun show, but why do I get the feeling that this is going to be REALLY sad too? I think I'm going to marathon this so I can prepare my poor heart for the ending.

I was just thinking to myself that I want to see Lee Kyu-hyung in something else! I'm excited for this-- I like both of the actors very much and the writer/director combo sounds good too.

GBC and a story of revival and learning to....let go? That is a good recipe but I can see where it will go. I liked this writer for TWY but not his ither shows he tends to make things slower. Still optimistic about the writer and cast.

Director not writer
Other*

Absolutely love this show, watching in U.K. on Netflix...since retiring in Oct 2019 have been travelling once a month abroad 😊. So something to get into in the evenings no matter what country you’re in! Watch Strong Girl, Inheritors, I’m not a Robot, Are you Human to name but a few!! Waiting for ep 9, 10 which come out on 20, 21 Mar on Netflix...can’t wait!