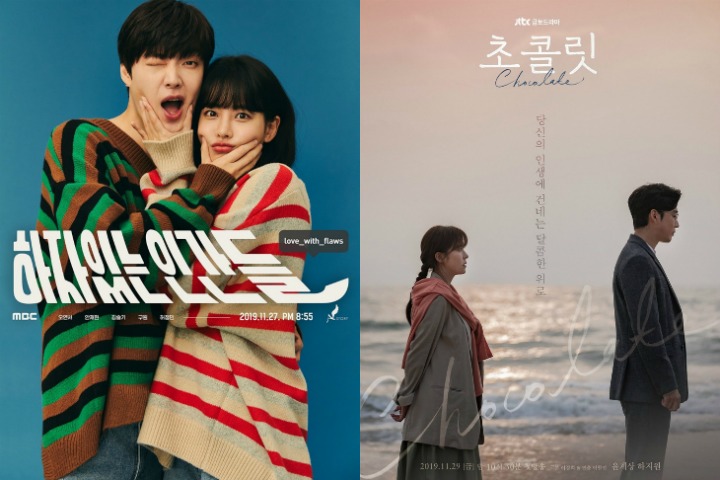 This week’s premieres are in different genres but are both centered around romance. Whether it’s a missed connection, or an attraction that manages to feel both wrong and right, our characters have an uphill battle ahead of them to achieve a lasting love. 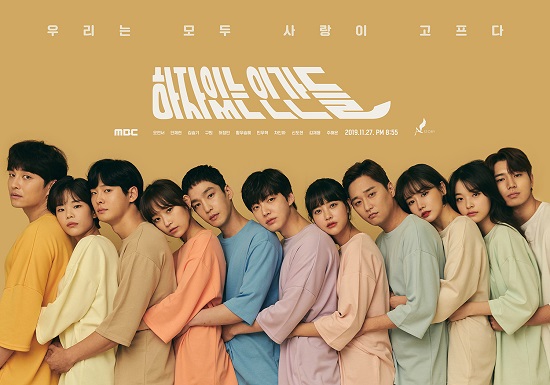 Reasons to watch: The drama follows a colorful, quirky group of people with flaws as they flirt, fight, and fall in love. The main leads are played by Ahn Jae-hyun and Oh Yeon-seo and they two first meet at work; Oh Yeon-seo is a high school teacher and Ahn chairs the school’s board of directors. It’s basically hate at first sight for Oh Yeon-seo as Ahn slots into everything she dislikes in a man: he’s vain, full of himself, and the epitome of a flower boy. Ahn Jae-hyun is both aggravated and attracted to Oh Yeon-seo and the more time they spend together, the more they come to see that their preconceptions are standing in the way of their genuine feelings for each other. Complicating matters is the fact that Ahn Jae-hyun’s best friend, played by Goo-won, also has feelings for Oh Yeon-seo. Kim Seul-gi has a supporting role as Oh Yeon-seo’s best friend and she has her own complicated loveline with Ahn Jae-hyun’s other BFF, Heo Jung-min. 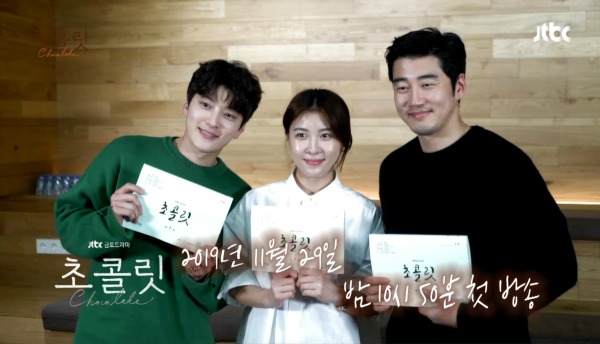 Reasons to watch: Ha Ji-won and Yoon Kye-sang headline in this healing melo about a passionate chef and a neurologist whose gruff manner is a mask for inner softie. Their love story starts with a meal together as children in a small seaside village in Korea, and fate brings them together again as adults when they meet in Greece. But somewhere between their encounter in Greece and their next reunion in Korea at a hospice, they’ve become strangers to each other, with each person nursing deep emotional wounds. During their time apart, Yoon Kye-sang has become one of the resident neurologists at a hospice (along with his rival and cousin Jang Seung-jo) and Ha Ji-won happens to volunteer there as a chef. It’s thanks in part to cooking and food that Yoon and Ha reconnect, and as their bond grows deeper, they heal and fall in love.

In the People With Flaws poster, I wonder why they didn't put Kim Seul-gi in-between Ahn Jae-hyun and Goo Won and move Hwang Woo-seul-hye or Shin Do-hyun to the other side so it can be boy-girl-boy-girl.

Am I the only person that thinks Chocolate's poster looks oddly vintage? Like it's set 50 years ago?

so excited for Chocolate!

Chocolate, please melt away all the unpleasant bitter aftertaste Hospital Ship left in my mouth!

😂 It was my introduction to Ha Ji Won. I have to watch this for the second lead. When will he finally be the lead?

IKR, @ndlessjoie?
I mean I completely understand if he cannot take Jang Hyuk down, but Bogummy? Come on!!! 😆😆😆

Why have I still not seen Money flower!! Like why?

Do it @mayhemf!!
Money Flower is what makjang heaven looks like....if heaven is filled with pain, angst, emotional manipulation, incestuous feelings, and Jang Hyuk. In short, it is a perfect watch for the upcoming holiday season.

Aah.. money flower. My favorite revenge melo. And Jang Seung-jo was so good in it. He talent was wasted in encounter. He really needs to be a lead soon.

I feel compelled to watch Chocolate for the second lead and also repelled because Netflix. Will this actually be shown on time, with acceptable subtitles, with an ending? Not stopped a few episodes from the end and left dangling for days or weeks? Not stopped half way and left hanging for months? Not left open ended so I feel my time was wasted? I think I'm having a Netflix induced existential crisis. 🙄

I've watched Something In The Rain, One Spring Night, Abyss and When the Camellia Blooms on Netflix without any problems. Hopefully, what happened with My Country was an anomaly. They have subs way faster than Viki.

And My First Love, Vagabond and Arthdal...

Those are good points, all those shows went just fine 👍🏼

No, it was annoying as hell that the My Country subs were late (and scared us into thinking the show was discontinued)!

When is Hyun bin going to parachute into North Korea? @bbstl It's November already.

Grrrrr ing with you...that post about Hyun bin was so hilarious. Today I checked and there were even more add ons. Answer Me Hyun bin made me hysterical with laughter.

Can't wait to see him! I'll meet you there 😁

The first post. Hyun bin lovers jumped on the bandwagon and unleashed all the possible titles of Hyun bin dramas they could think of. It was hilarious and went on for days.

Oh this was hilarious

Just to nit pik: it is the female lead who is going to parachute into north Korea, Hyun bin will be waiting there to catch her! Lol!

(P.S. Errand girl would be very happy to take this role of the female lead, ;p)

Can't wait. Why is it so long to Dec?

I think it was because of the travel schedule to Switzerland, Mongolia, Jeju Island to Paju put the shooting schedule slightly behind. Even so, I estimate they have shot 8 episodes prior to the premiere. Whether the director or writer knows what is going to happen in the last 8 . . . . ?

Watched the 2 episoed premiere of People with Flaws and actually liked it more than i taught i would...

I was pleasantly surprised too!

People with Flaws and Psychopath Diary both surprised me! Looking forward to next episodes :)