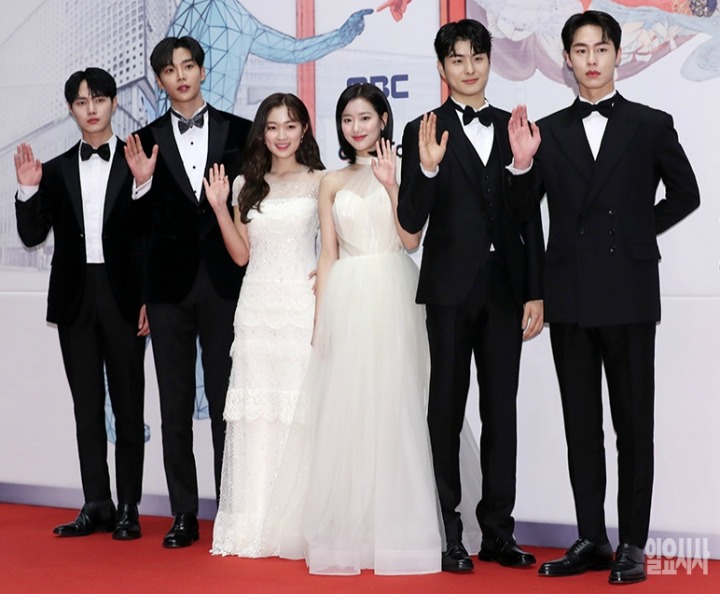 Every December, each of the Big 3 networks cap off the year with awards ceremonies to honor their biggest hits. For the 2019 MBC Drama Awards, model and TV personality Han Hye-jin co-hosted with fellow TV personality Kim Seong-joo. Social satire Special Labor Inspector Jo was the big winner of the night, scooping uo five awards, including the coveted Daesang which went to the drama’s headliner Kim Dong-wook. 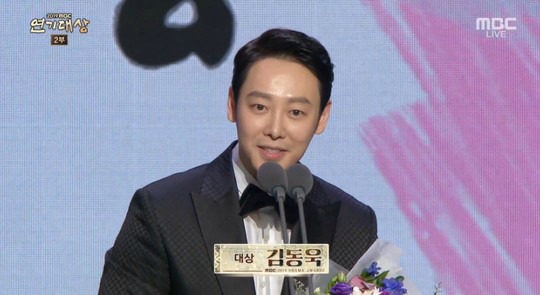 Kim Dong-wook won both the Daesang and a Top Excellence prize for his role as Jo Jin-gap. Kim actually made his drama debut 12 years ago in MBC’s Coffee Prince so it’s nice to see his career come full circle in such a happy way. During his acceptance speech for the Daesang, he stated, “I’m so thrilled I’m not sure what to do with myself–it’s such an honor to receive this award. I’ll work hard to be someone who always strives to do his best, to humbly thank the many people I’m grateful toward, and to be an actor who does his job well.” 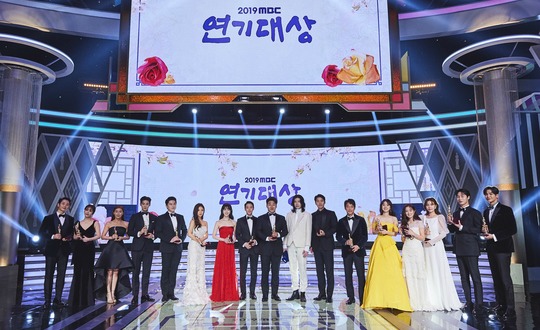 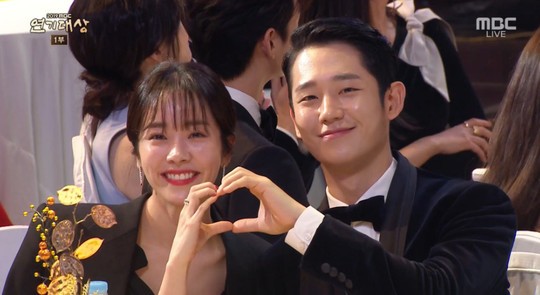 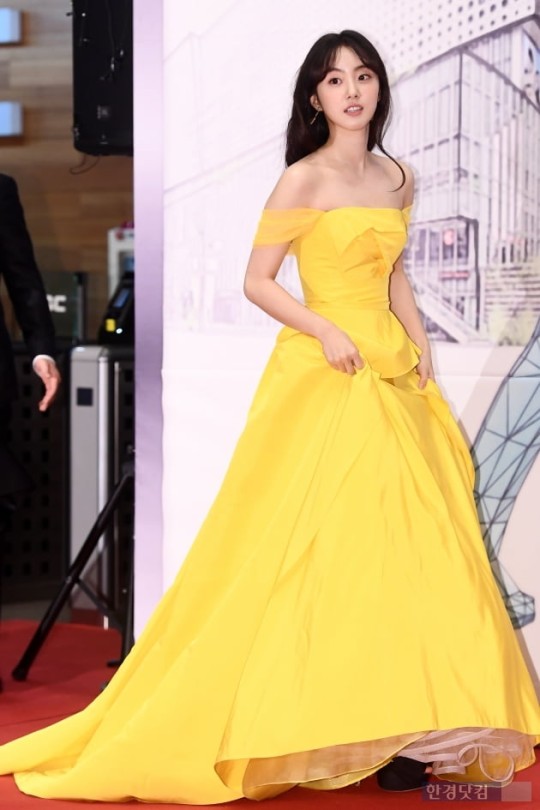 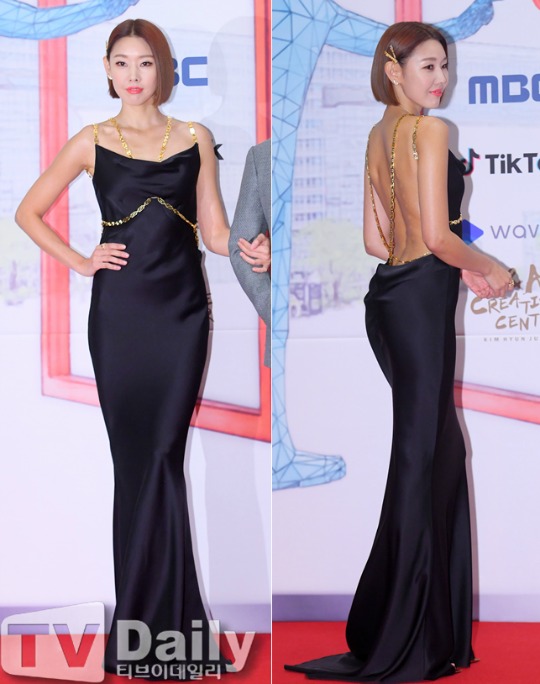 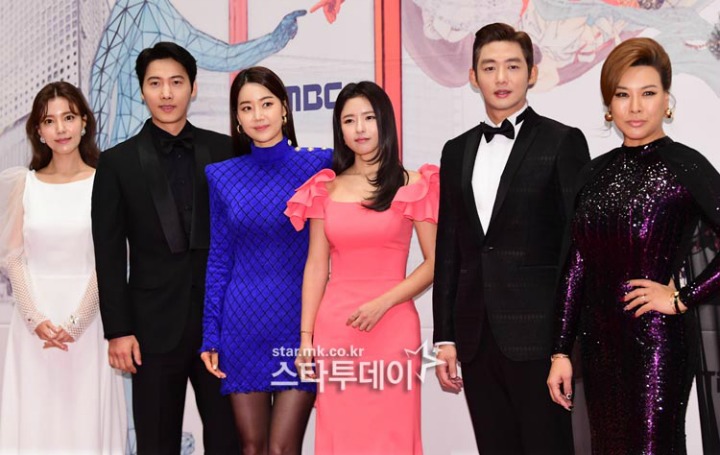 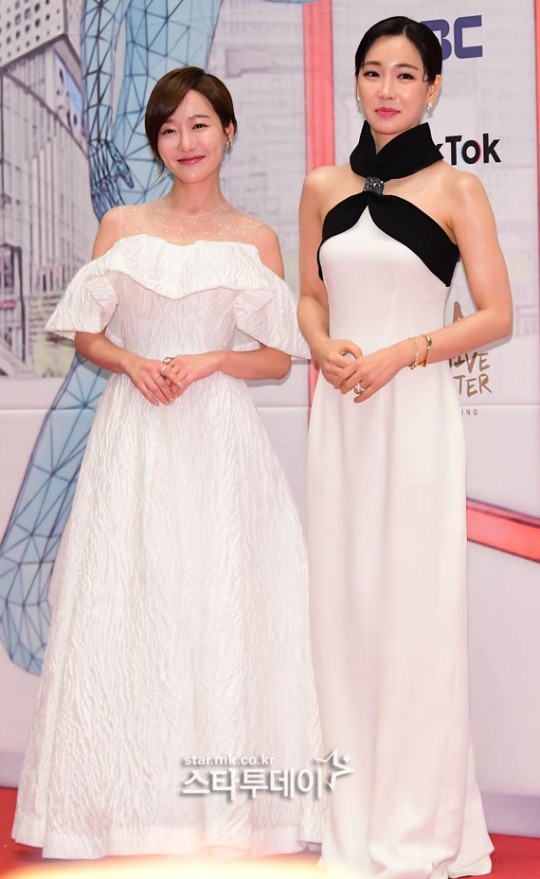 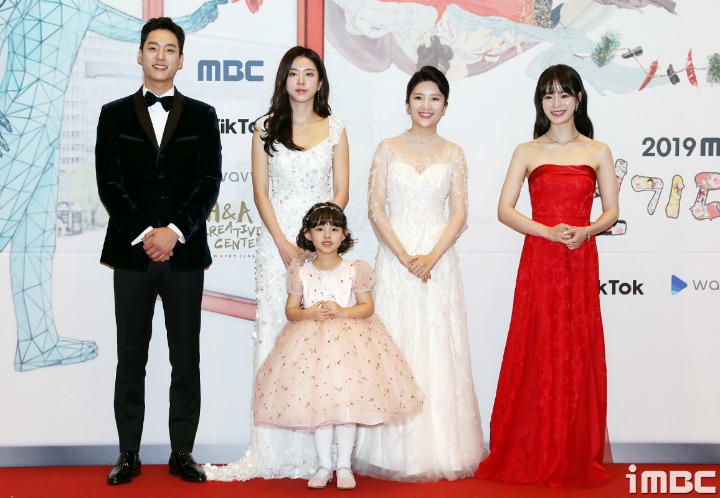 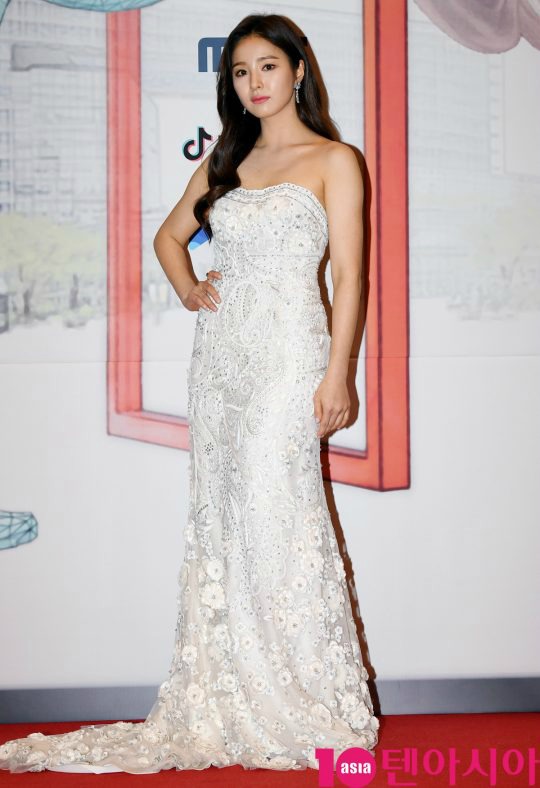 Kim Dong Wook! 😍 SPECIAL LABOUR INSPECTOR JO was a lot of fun to watch. It did well ratings wise too, so I’m glad MBC gave it some awards.

It’s nice to see the young actors from EXTRAORDINARY YOU. A4 is not complete without Oh Nam-ju though. “My boys” 🤣🤣

Final note: I’m happy to finally see some colour at these awards after all the black and white gowns in previews years. Park Se Wan in yellow looks beautiful. 🤩

I've read up on this already, and I find it hilarious that all of the nominations for Rookie Actor were from Haru Found by Chance - MBC knows they struck gold there! 😂

Otherwise, like every year, I think these awards are pretty ridiculous.

I felt sorry for Jung Gun-joo sitting there by himself since Kim Young-dae didn't attend. 😢

Park Se Wan is so beautiful. so glad she won an award!

But that neckline is begging for some jewelry!

Well. Jewelry is expensive. Her face make up for it anyway. Haha

Se-wan looks so beautiful in that dress ♥️♥️♥️
So glad she is getting an award for No Second Chance. What about KDY? Glad Yeh Ji-won got an award too but there is only so much of her flirting with the grandpa, that I can take!

Very happy that Lee Ji-hoon won an award, he was amazing in Rookie Historian, really looking forward to see his next role. It is too soon for Cha Eun Woo to win an excellence award, he needs to work on his acting a bit more. I think he should join a weekend drama as a supporting character and build up his skills.
Shin Se-kyung deserves all the awards, rookie historian was the perfect drama, I've struggled to like her in any of her roles before. Very interested to see her next show.

I think he was great in it. Sure, no extra deep acting, but that was what the script asked of him. His role was this bit simple guy and he played it well. And when Hae Ryung broke up with him, I think we all felt with him. I really felt from his performance the pain of not only being left, but how Hae Ryung was the only thing in his life, how didn't even need or want anything else and lost it. Break-up scenes are quite common in dramaland (depends on how quickly the couple gets together), so I became quite numb about them, but this was really great performance from both.

I enjoyed his acting in the break up scene and as the drama went on, his acting did improve. I just think Eun Woo needs a bit more practice to try and be less aware of the camera.

It surprised me that My Fiery Priest did not win anything.. it's a pretty good drama anyway.

The Fiery priest was in SBS and they took home loads of awards.

I'm surprised Inspector Jo won the Daesang. I luff that show so much and thought it went under the radar, apparently not in SK? :D Hope they make another gem like it in 2020. :)

Same thoughts, Mary. Watched the show after it completed so i thought it is one of those dramas that didn't get much attention. So happy Kim Dong Wook won Daesang and the Top Excellence. But I wonder his popularity from Along with Gods have anything to do with this win.

Just saw that in SBS awards, Lee seung gi and Suzy won the best couple awards for Vagabond. I mean WHY? HOW? WHY? Even Kim nam gil and Honey lee had more chemistry than them! WTH!!!!!

But they are couple who already had one successful drama together. That got them some points.

I watched all of the clips from both KBS, SBS, and MBC.

Out of all the Daesang winners, Kim Dong Wook's speech was the shortest, that the MC's had to tell him to say a bit more lol. Dang good to see the Coffee Prince gang still do so well now :)

Lee Sang Woo's speech was even shorter. He's so hilarious!

Bwahaha, For someone who is winning a Daesang. It should be Longer kkk. WE should list who else give the shortest speech in award ceremony. Jang DOng Yoon also give one of the shortest speech I've seen last year, kkk. Enjoying Labor Inspector Jo so much. There is 2 Good drama from MBC and enjoying it so much

Not from here, but at the Emmy's a while ago an actress just said "Thank you so much. Um. I gotta go. Bye." LOL.

I think the this award was pretty fair :)

Except for CEW, for me, it was his weakest role and he was the weakest actor in the casting of Rookie Historian Gu Hae-ryung. I prefered him in My Gangnam ID.

Seriously, those awards are made, so to make sure basicly everybody gets one. :D

Kwak dong yeon did not win any awards but cha eun woo did? Cha eun woo's acting is always stiff