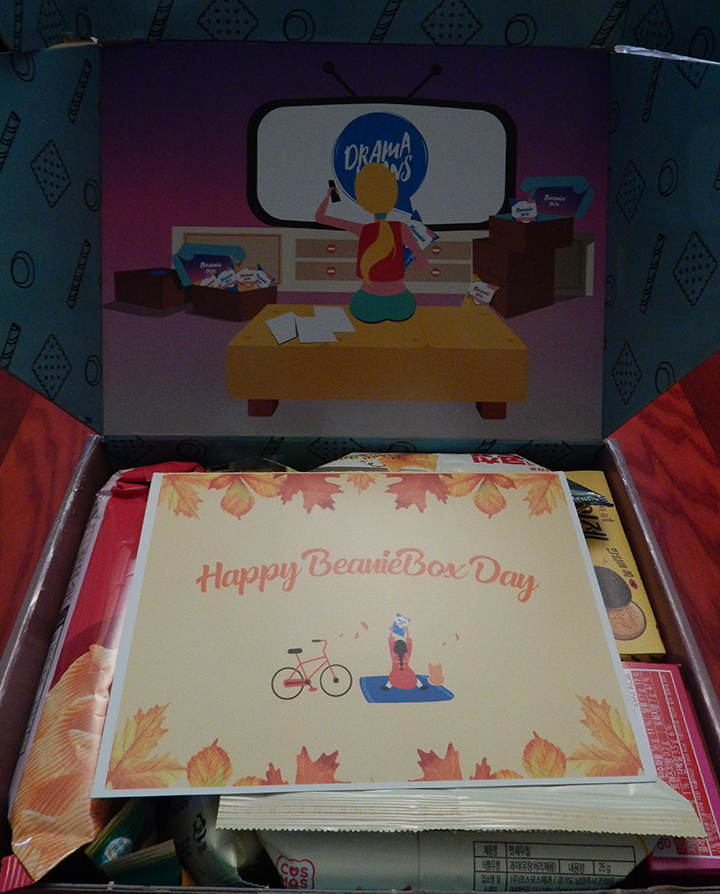 We asked lovepark to review our November BeanieBox. With the holidays just around the corner, consider gifting or treating yourself to the December snackbox, make sure to subscribe by December 16th.
– DB Staff

The fun of a subscription box is the element of surprise since there’s no guarantee what will be inside. As much as the contents of the box, I found the wait and anticipation equally enjoyable (there’s a reason why all the K-drama characters open the door for deliveries without a second thought).

After receiving the email that my box was shipped, it took only a couple of days for it to arrive on my front doorstep. Opening the box was a tiny struggle, but I took that as a good sign since it meant that it was tightly wrapped. Inside the November BeanieBox was a mix of sweet and salty snacks from familiar chocolate chip cookies to more unique offerings such as seafood-flavored chips. For those who know their way around Korean snacks, the box has some classic favorites such as Kancho and Pepero, but there are also some newer chips that haven’t quite hit the shelves outside of Korea.

The ABC chocolate cookies were definitely my favorite as well as MIZ (clearly, I have a bias in terms of snack types) which were recommended to be enjoyed “as a topping for your favorite dessert!” Following the advice, I grabbed a bowl of ice-cream and sprinkled some MIZ on top. Verdict? Delicious. Despite these being older snacks, it was my first time trying them, and I can see why they were included. They taste like chocolate graham crackers but crunchier. It added a nice texture to the ice-cream and wasn’t overly sweet. 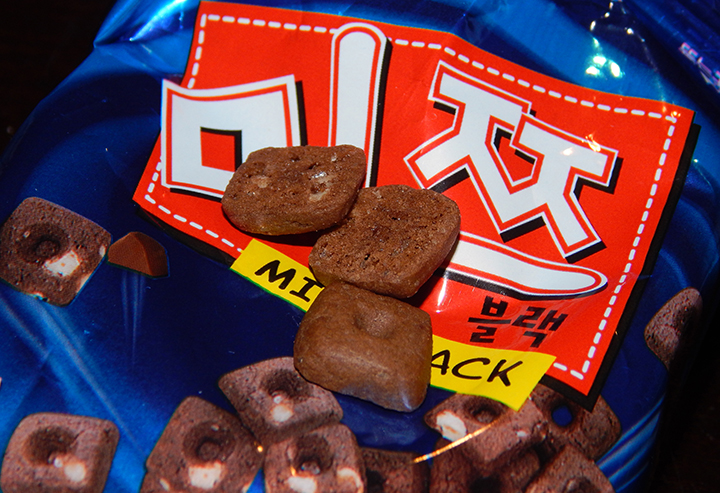 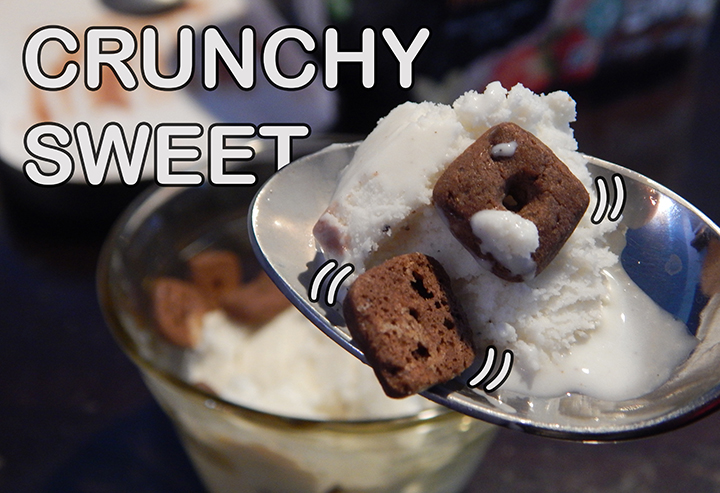 As with the previous boxes, this one came with a catalog that had a fall theme design for November. It included pictures of the different snacks as well as short, informative blurbs. Instead of cut and dried descriptions of the snack, most of the blurbs had one-liners or tidbits that made the catalog interesting to read even for those who may have already tried some of the snacks before. For those who are more unaccustomed to Korean snacks, the descriptions also included comparisons to popular US snacks to give you an idea of what you’re about to eat.

Except for one item which was a bit dented, the snacks came in good shape, which was especially impressive since some of the chips were flaky. I was missing one snack from the box, but I could only tell because of the catalog. [The BeanieBox customer service team is handling this issue and if any subscribers have concerns or questions please contact them via email.] Otherwise, the box was filled with items from wall to wall with very little wiggle room inside.

As for the packaging, the cardboard was sturdy, and the design inside was polished and cute. The flaps on the side of the box were stiff and thick which my cat greatly appreciated for scratching her head against, and after I took out all the snacks, she promptly claimed the box for herself. Fair warning for any other cat owners who are thinking about getting a box: your cat will steal it. 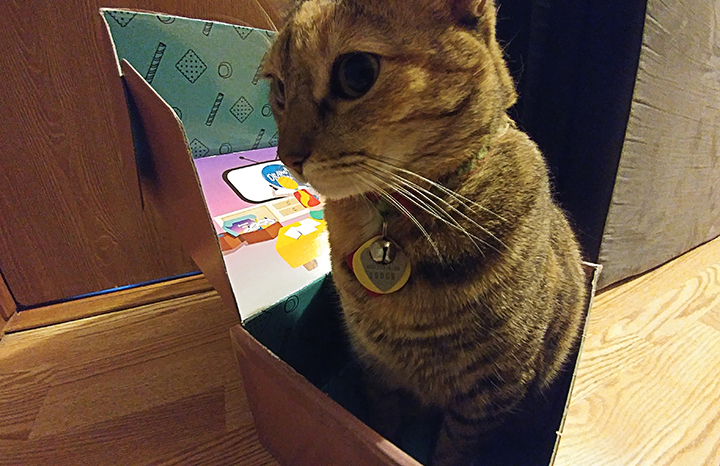 That's outstanding that your box is cat approved! I tried offering my cat both the octopus and shrimp chips but he didn't want any part of them (nor did I). The MIZ were among my favorites and I especially loved the pastry fish with the chocolate inside (was bummed that I got two of almost everything except that). I am missing the explanation/menu page which would have made the box even more fun. If there was a DB-themed gift I'm missing that as well, having received a cloisonné bookmark only in the non-edibles dept. I will let them know via the email link, thanks.
I was waiting and waiting and the DHL man finally showed up around 6:30, had me sign quickly and thrust the box at me. I thought hmmmm, this box looks small and then I saw that the sender address was Manolo Blahnik! So I almost got someone else's very fancy shoes instead of my Beanie Box. But I wouldn't trade my snacks for all the red soles in the world 😉

p.s. The link indicates that it's a phishing site so I didn't open it. Is there another email address for customer service?

For any questions not covered in our FAQ, drop us a line at [email protected].

Oops we mis-formatted the link. Thank you for catching that! And thanks @panshel for the correction.

Your cat is so cuuuuuute!

I want the cat.

Is that DB's next subscription service: Kdrama cats in a box?

My wallet will cry and ankles will bleed. My cat required a daily sacrifice of human ankle-bites.

so glad your cat claimed it! i just sent for a one time box and i have 3 cats! i love their snacks and i have been to Korea several times. i miss them and i miss the little food shops!