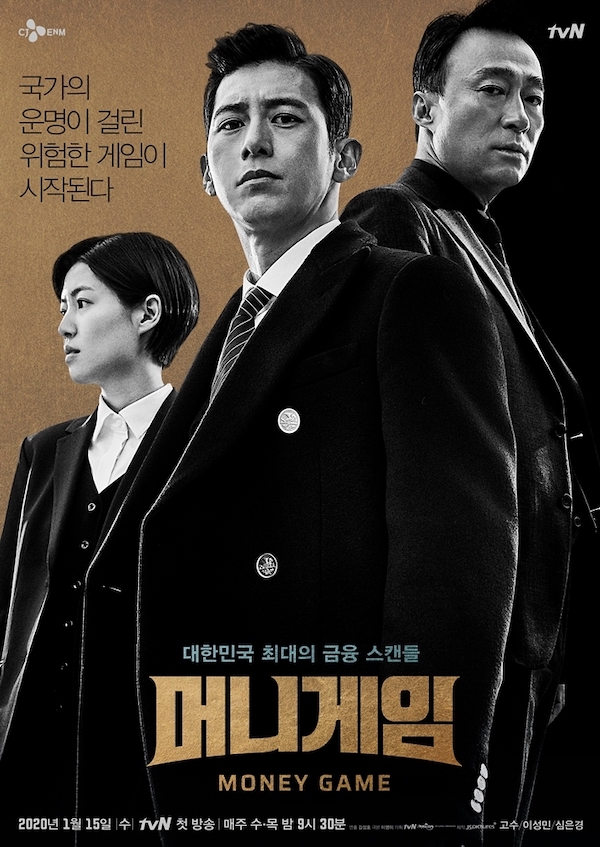 Promos for tvN’s Money Game have come out, featuring Go Soo (Heart Surgeons), Shim Eun-kyung (The Princess and the Matchmaker, Cantabile Tomorrow), and Lee Sung-min (Misaeng, Memory). This drama is about a breathtakingly thrilling fight to prevent the collapse of the Korean economy in the largest financial scandal to ever hit the peninsula.

The cool noir-type poster above says: “A dangerous game that will decide the fate of the nation begins.” Front-and-center is Go Soo, who plays an economics bureau worker and it seems that economics is in his blood as his father is renowned as the greatest economic mind in Korea. Having always lived in his father’s shadow, Go Soo wants to prove to both himself and his family that he can succeed on his own.

Lee Sung-min plays his boss, a man who will go to any lengths to make his ambitions a reality. Finally, Shim Eun-kyung plays a new employee who has gotten where she is through hard work and grit despite her “dirt spoon” background (in other words, the opposite of a silver spoon). She has the righteous passion and fervor of someone who’s yet to be jaded by time or experience. 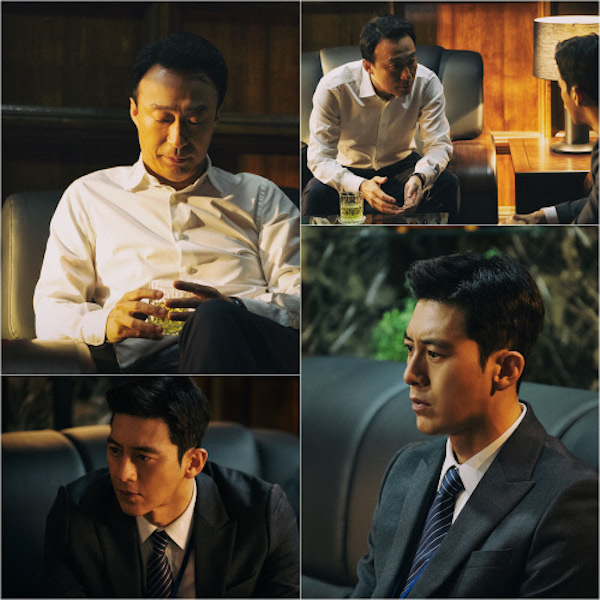 i am praying Go soo has improved his acting otherwise it would be a torture to watch him on screen.

I will watch for Lee Sung Min. I have never finished a Go Soo drama and I've never seen Shim Eun Kyung in anything.

i am with you in not finishing any of his past dramas... i had soo hard time forcing myself to get through whatever i did...

Go Soo is just so much pretty.

I was disapointed to see Go Soo dying so fast in Flower Crew Joseon Marriage Agency, so this time I will be able to see him longer! If I like the story... business drama can loose me very fast... But there is Lee Sung Min!

Last time I saw Go Soo was when he embarked in a money battle of sorts in Empire of Gold (which was fantastic, by the way). It'll be interesting to see what he does here.