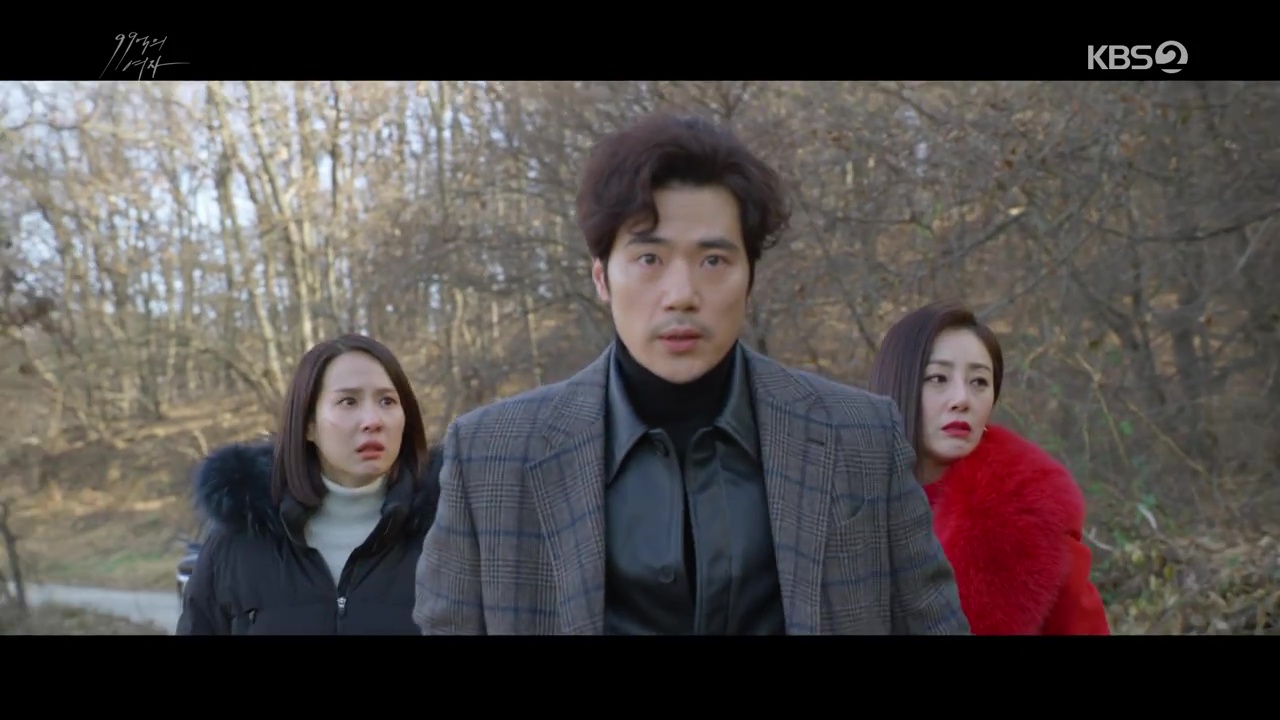 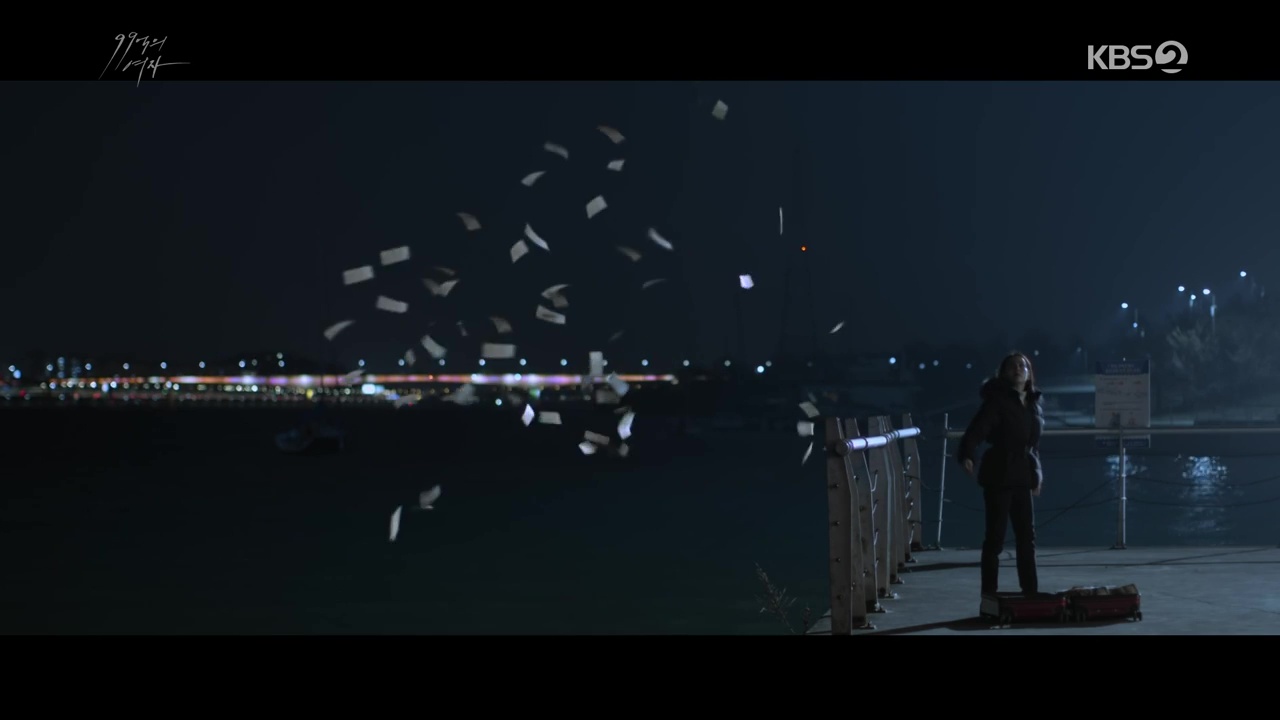 Seo-yeon is running out of time — and money. In order to save Tae-woo (again), she goes head-on with Kim Do-hak and his posse. And boy is she amazing standing on the dock in the pitch dark threatening to throw all the money into the sea. She’s getting more and more brazen as her hope and freedom start to slip from her grasp.

We’re not only seeing a stronger Seo-yeon, but we’re hearing about her, too. First, from Seo-yeon herself, who says she’s returning to the woman she used to be before she was married. And second, through Baek Seung-jae, the mystery figure whose presence threatens to get in between our leads. 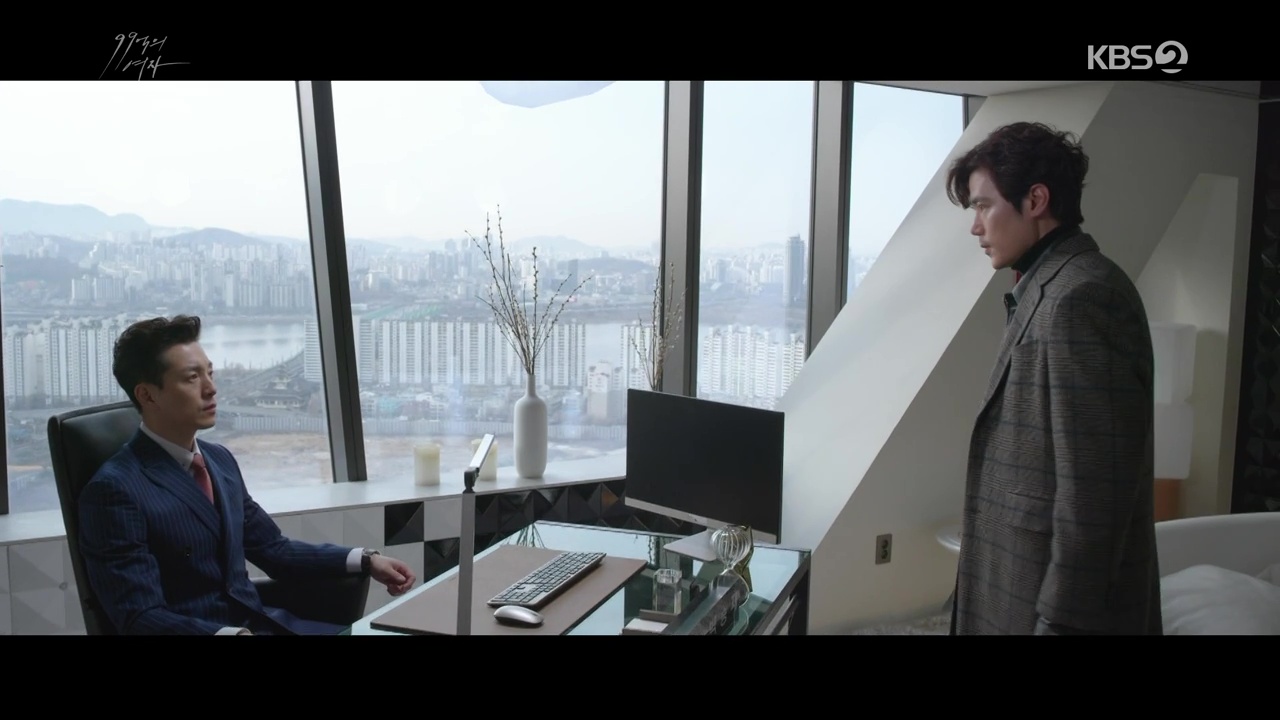 Seung-jae’s identity is one of the first mysteries to unravel this week. Like Tae-woo, I thought he might be an old flame, but Seung-jae is her HALF-BROTHER! Okay, I kind of suspected this too, but it was a glorious moment. We learn a metric ton from this man — not only about the strong and resilient Seo-yeon he knows from the past, but about the bigger picture around the car accident that started this whole drama off.

Even though Tae-woo still doubts Seung-jae and thinks he’s behind the death of his little brother, it’s clear these two are more alike than not. I particularly liked their exact same roar of rage about In-pyo. Separately, and only a few scenes apart, they both shout to whomever they’re in conversation with that In-pyo’s not a husband, “he’s a psychopath!” Both Seung-jae and Tae-woo want to protect Seo-yeon and get her safely away from all the people out to harm her, and though she might not need it (or want it), I am loving every minute of it. 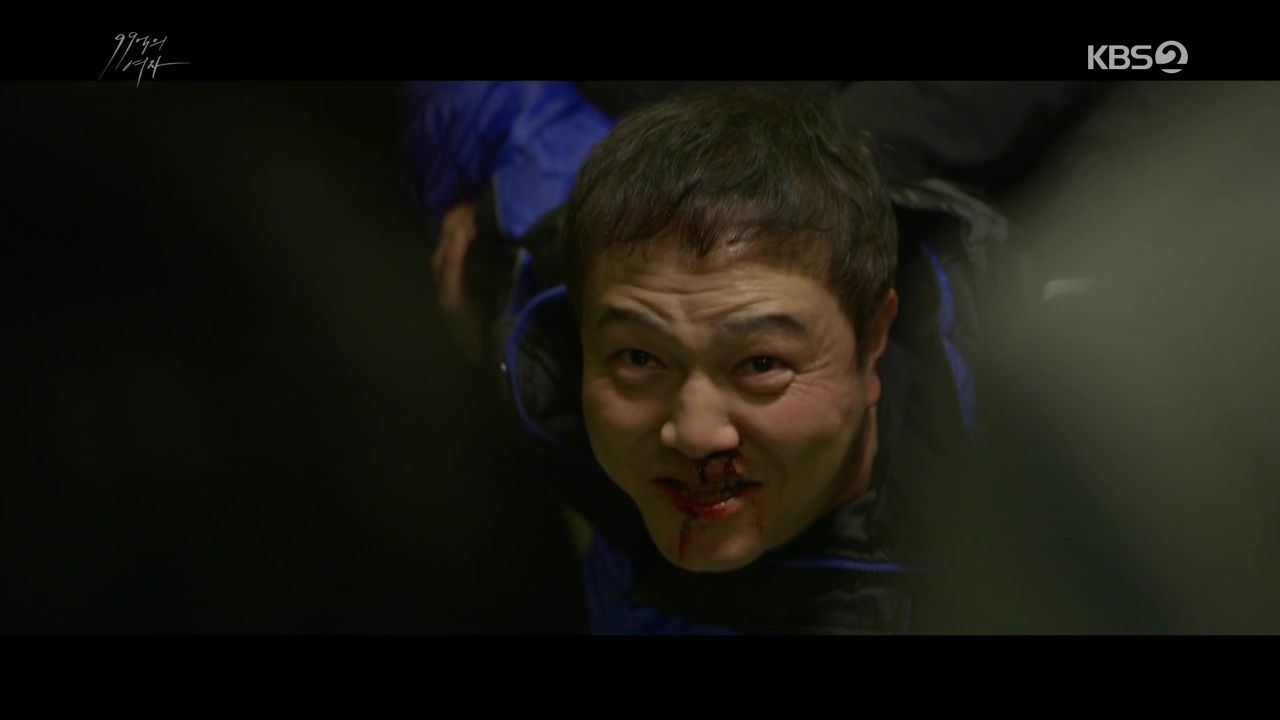 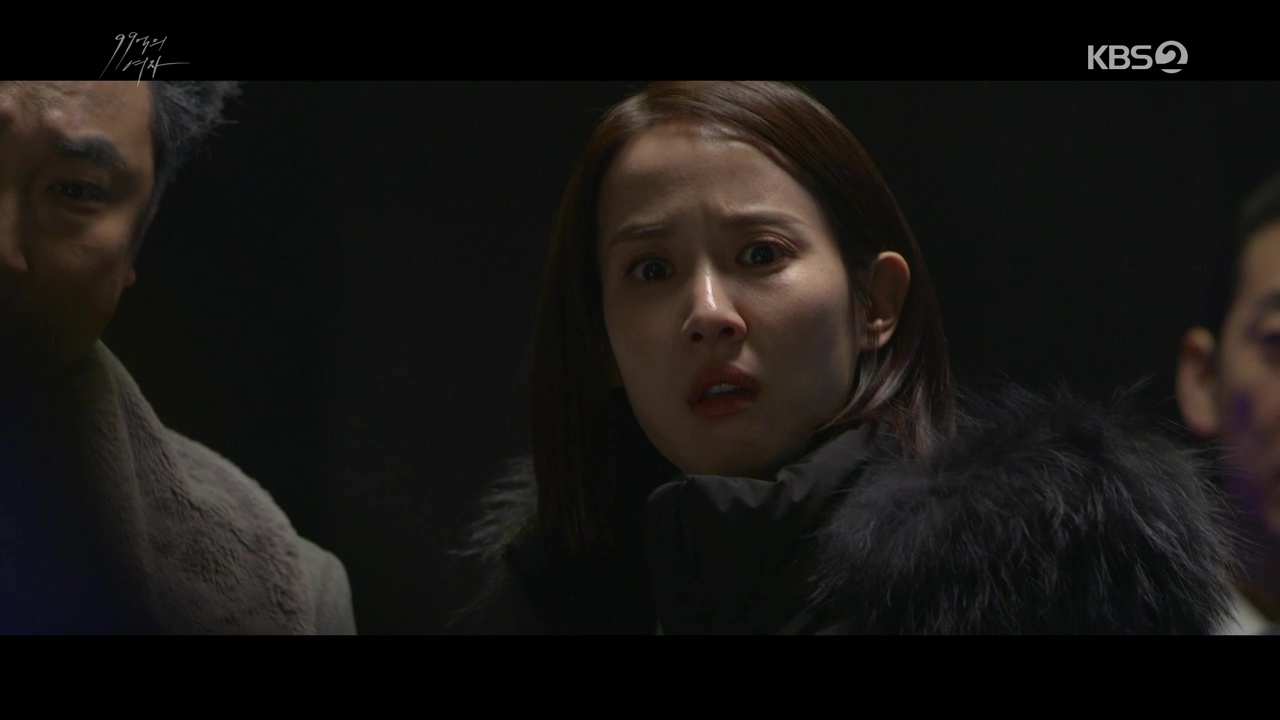 Speaking of that psychopath husband, the next reveal is all around In-pyo. When Kim Do-hak locks up Seo-yeon after getting her third of the money back, In-pyo bangs into his office with some “killer” pesticide equipment, and plays the heroic husband role. The bad guys might not know better (yet!), but Seo-yeon sure does.

She’s openly horrified to not only see him again, but to learn that he’s been surveilling everything that’s been going on. And even though her aim is to escape from him forever, how marvelous is it for the story that they wind up converging once again, and forming a sort of strategic cease-fire? Seo-yeon gains some important intel from In-pyo’s bugs — not only a touching scene with Tae-woo, but more importantly, the fact that Hee-joo is more dangerous than Seo-yeon ever imagined. 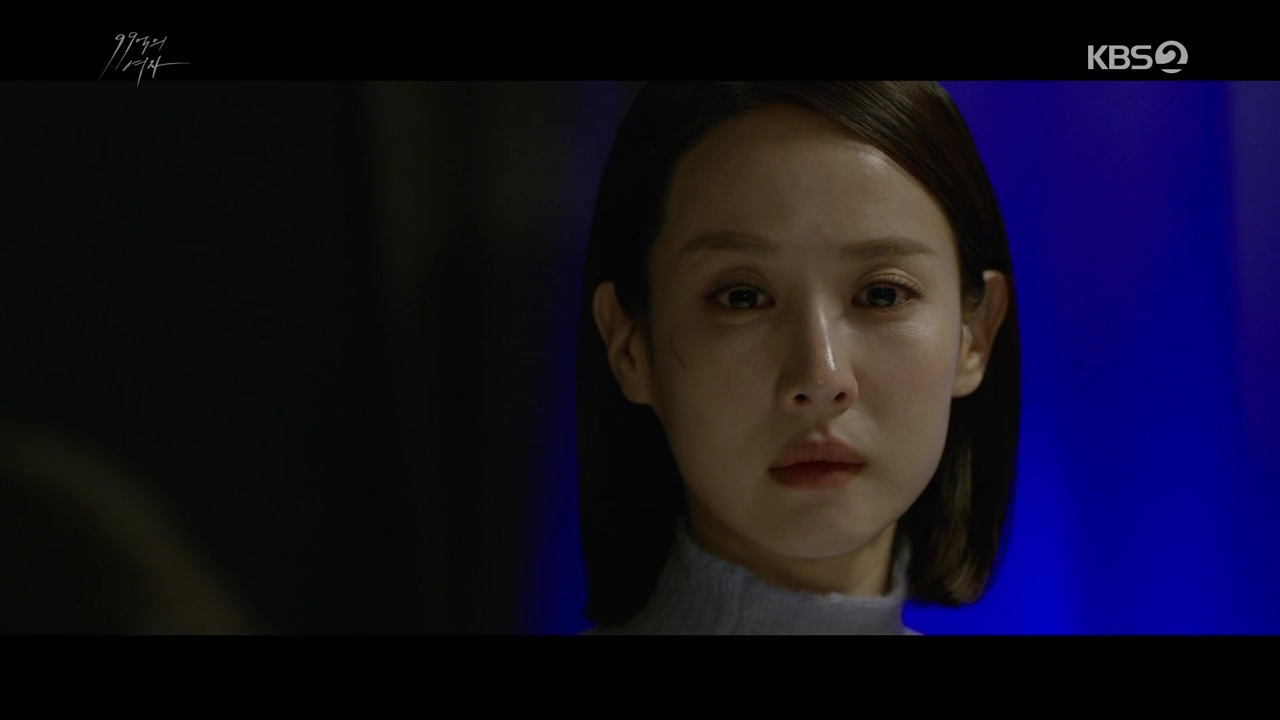 It’s interesting that the other married couple of the drama also gets back together, because the next batch of reveals was all about Hee-joo and her so-called “mannequin” husband, Jae-hoon. They hack it out, and it is absolutely epic.

We learned Hee-joo knew more than she let on, but this week we see her wiles as she first torments, and then brings her husband back into the fold. She covers his tracks and asks him to stop being her mannequin husband and become a real one; so far, they make quite the power couple with their maneuvers to catch Leon. 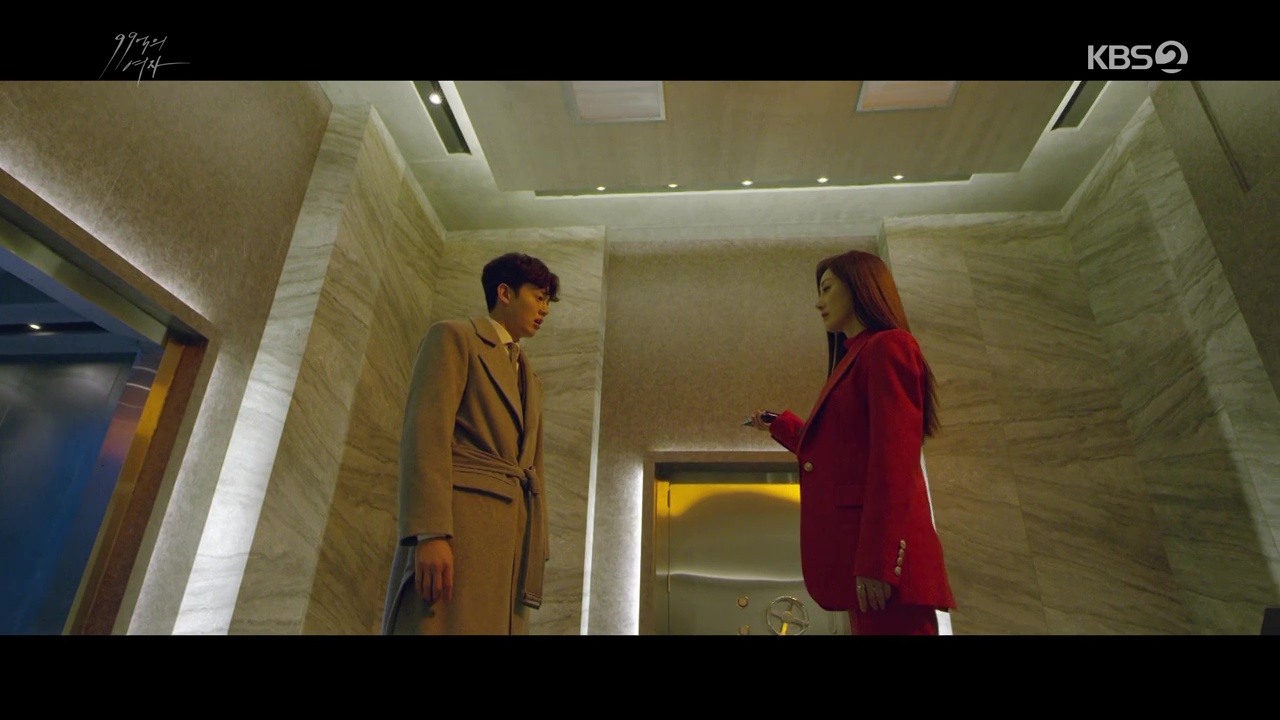 The biggest reveal, though, is the history of the 9.9 billion won itself. And you can’t talk about the money without talking about every character we’ve met so far — that’s how many stories and lives are wrapped in it.

The op that went bad for Tae-woo and his partner three years ago turns out to be the dawn of the 10 billion won, and the saga that unfolds. Most importantly, we learn that the money is tainted and unable to be used.

It was part of some elaborate insurance fraud scheme of Leon’s — but some of the bills were secretly marked so the only recourse was to bury the money (literally, like we saw at the opening of the drama), or destroy it (which is where it was off to in the van with Tae-woo’s brother). And who marked the cash that destroyed so many people’s lives three years ago? None other than Hee-joo herself. 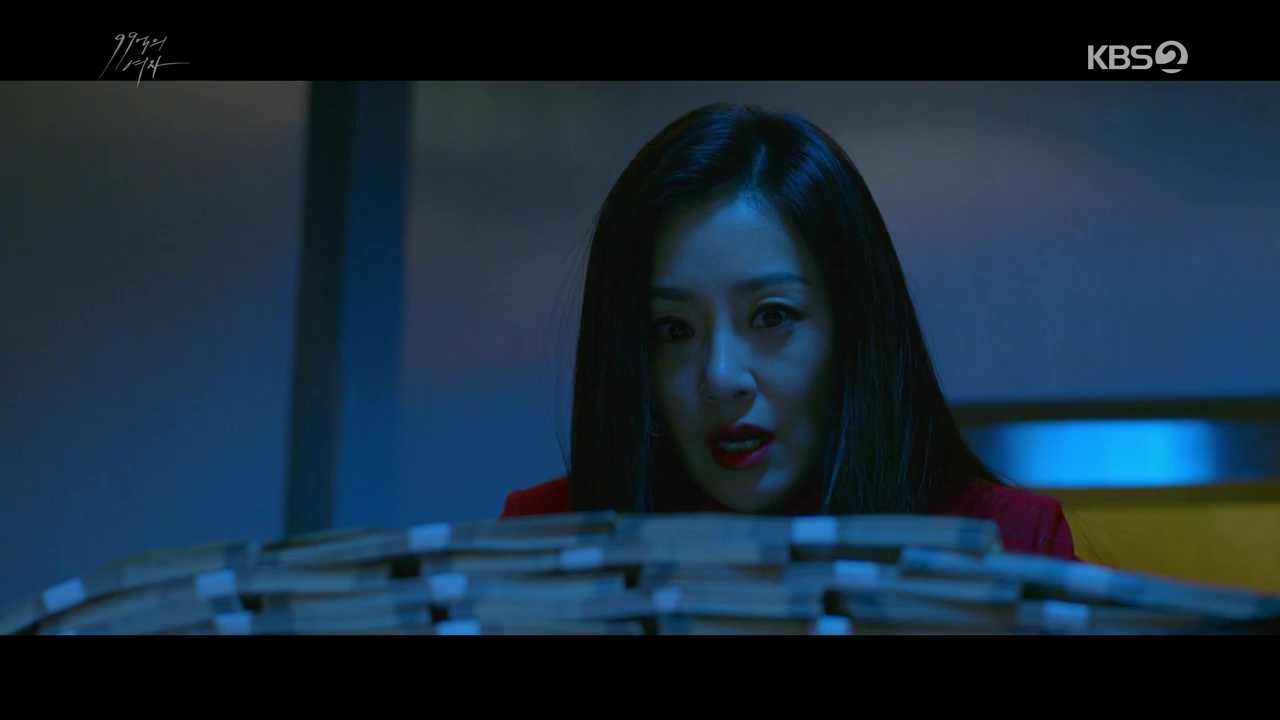 What’s most awesome here is the reversal this creates for Tae-woo. Now that he knows it’s Leon who’s responsible for the death of his brother the night the money was being transported, and that the very same 9.9 billion can be used to ensnare him… well, now Tae-woo wants to steal it back, too.

Frankly, both our hero and heroine are so far from having any leverage at this point, I have no idea how either of them are going to pull it off. For Tae-woo the money means justice; for Seo-yeon it means freedom, and by gosh I hope the two can be knitted together before this drama is over. 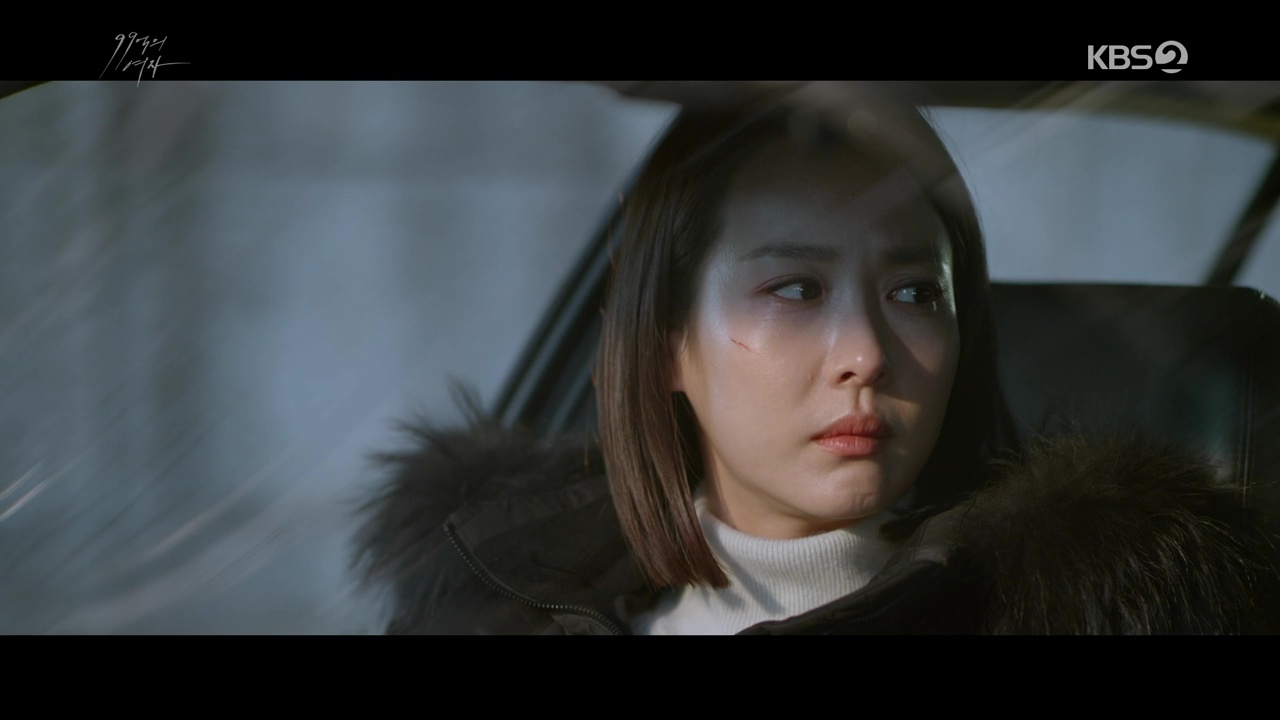 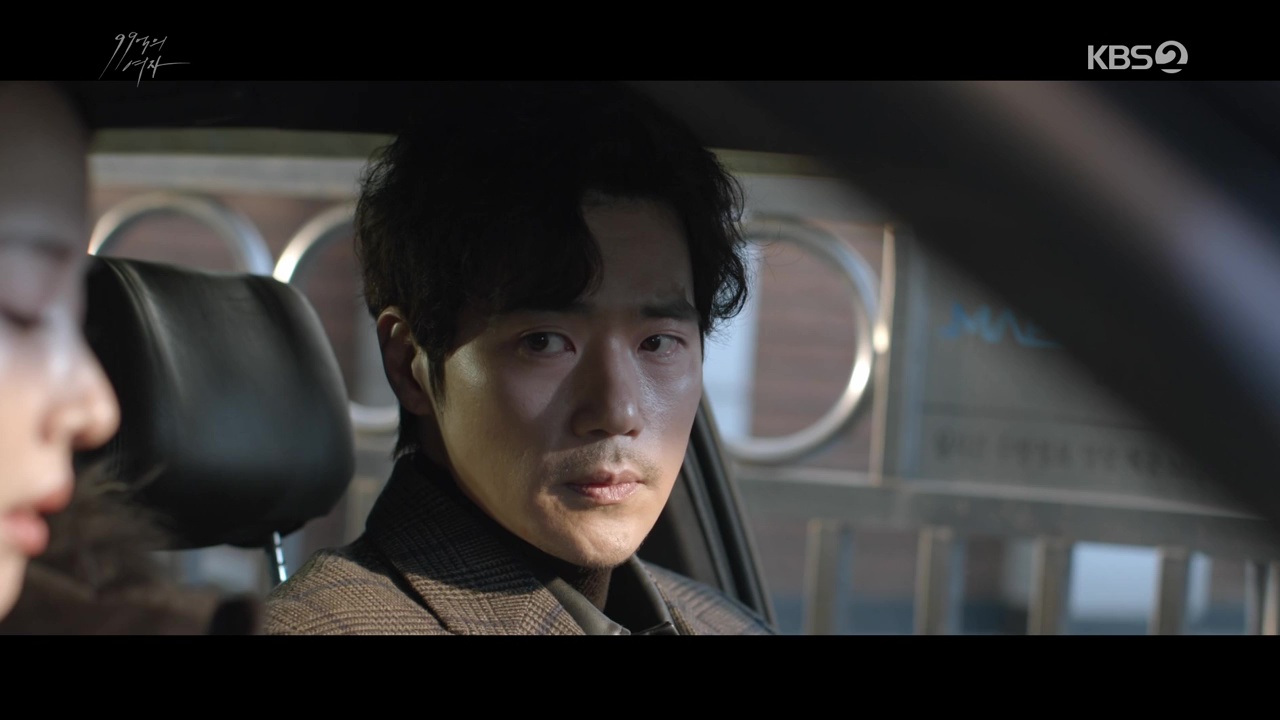 Roles and alliances might have shifted, but there’s tons more to resolve before our characters can find any peace. Tae-woo, though warned to choose whether to “avenge your brother or save someone’s sister,” is ready to cross the line to do both, all with a giant target on his back.

And then we’ve got Seo-yeon herself, committed to taking back “her money” (as she calls it to everyone) no matter what it takes. She tells Hee-joo that the money is “her heart and her life” — and gosh, I worry what’s going to happen when we learn what she’s truly willing to sacrifice for it.

PS: Hooray for Jo Yeo-jung’s KBS Top Excellence Award last week for her role in this drama! So deserved for such a marvelous performance. 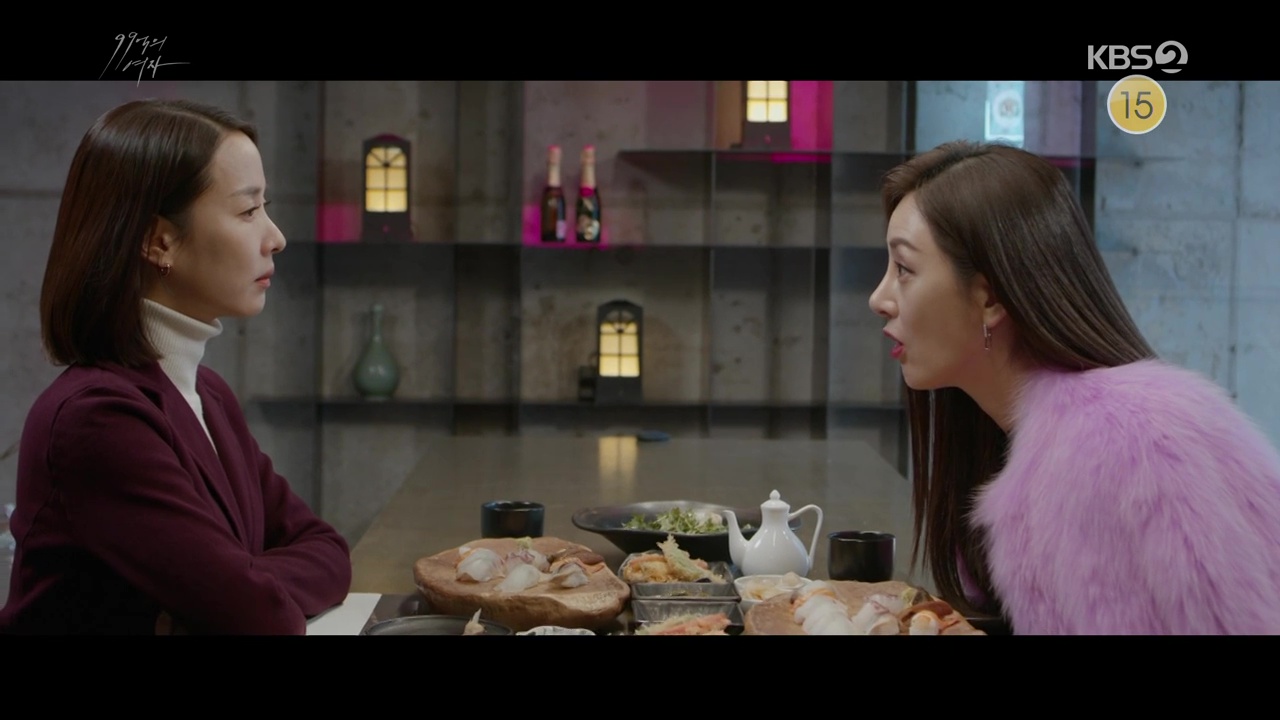 I like the intertwined relations all these people have. The drama flows quite naturally and nicely.

I also like the strong female characters. There are only a few females in the drama, but they're all strong characters down to the unpleasant halmoni and the hot bartender.

I am loving this drama but not sure why it reminds me drama Arrow (oliver green as hero)... and which is all about green getting trapped in problems one after another as soon as he solves old ones... this drama is getting repetitive... still i love JSY and her attitude...

This is one drama that never has a dull moment. I want to stretch out watching it but it tricks me into binge-mode every time. Episode 20, ironically, brought home for me the parallels in the married couples. Both Seo-yoon and Jae-hoon have controlling partners who are determined to do anything necessary to keep their spouses submissive and weak. Don't get me wrong, I still think Jae-hoon is a terrible person but I also see that perhaps subconsciously he recognized Seo-yoon as someone in a similar position to him (and more consciously of course he probably wanted to stick it to his wife by seducing her only friend). Two horrible marriages.

Contrary to Jae-hoon who saw her as weak, Tae-woo and Seo-yoon's half-brother are drawn more to that quiet strength Seo-yoon has when things get really bad rather than her vulnerability, and I don't think either of them realize it.

As for Seo-yoon, when she gets desperate enough, she comes out fighting. The gloves are off!

i love this show and am scared by it too-what will happen to our hero/heroine with such bad people right beside them. i guess keeping your enemy close is good advice. but not too close or you get chewed up and spit out. strong performances, very flowing cohesive story and that element of tension makes for a great show (as long as the leads come out of this alive and well((and hopefully together)) !)

Seung Jae being Seo Yeon's bro was a pleasant surprise. Better than being a past lover. I wonder how much he will do to protect her and what he will do about Tae Woo being a target.

Mannnn. Instead of Team Seo Yeon+Tae Woo, she teamed up with In Pyo. It was strange seeing him playing the hero. He's confident that he will get his hands on the money and she will come back to him. I just wanna see him sweat. Be punished.

I really like that there are so many gray characters. It's fun to see the different deals being made and alliances formed. I understand that Hee Joo secretly marked the money, but I'm curious exactly how the money would be traced back to Leon.

So the bespectacled man is Hee Joo's hired man. He is scary. She is often unreadable. She's tough and clever. Leon seems to be the big bad. Most formidable. She should be a strong opponent.

Congrats to Jo Yeo Jung on her win too! I've only seen her in a couple of dramas including this one, but she's been impressive both times.

I like Seo Yeon's resilience. She is soft spoken and she looks vulnerable, but she's not. I'm glad she's back to the woman she was before she got married. She impressed me multiple times like when she stood up to the thugs, used her words to get her way, and when she escaped from the house all by herself.

She may be bold and reckless, but she is desperate. I don't hate her for it. She wants to hold on to the money, the one thing she believes will change her life. After what she's been through, I'm rooting for her.

@loveblossom - agree with everything you wrote.
It's interesting to see how, as the layers are revealed everyone has a dark side to them.
Just binged and got caught up on this drama. Whew..... it is as dark as they get - but I'm still enthralled with all the webs and backstabbing and saving each other that has happened.
Now for the rest of the story...
gonna be a fun ride!