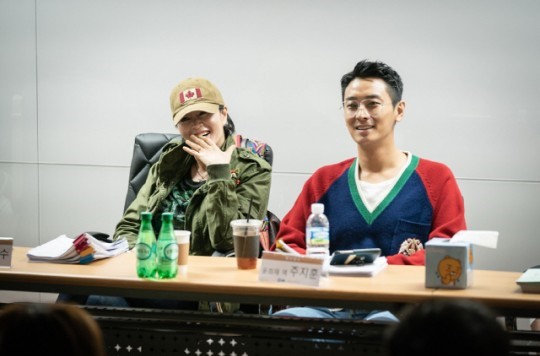 The story takes place within the dog-eat-dog world of lawyers, where the competition for survival is ruthlessly self-seeking and driven by the lure of money. At the center of this are lawyers Kim Hye-soo and Joo Ji-hoon, who have a complicated history and rivalry.

Kim Hye-soo plays the role of Jung Geum-ja, a hyena-like lawyer who uses any tactic or means for the sake of money. In personality, she is at times charismatic; at times comedic. As her rival, Joo Ji-hoon plays lawyer Yoon Hee-jae who comes from a wealthy background and is part of society’s elite.

Lee Kyung-young and Kim Ho-jung also play lawyers and, together with most of the supporting cast, will be representing one of the top law firms in South Korea.

Written by Kim Roo-ri and directed by PD Jang Tae-yoo (You From Another Star, Tree With Deep Roots), Hyena is currently set to premiere on February 21 and will be airing Fridays and Saturdays on SBS. 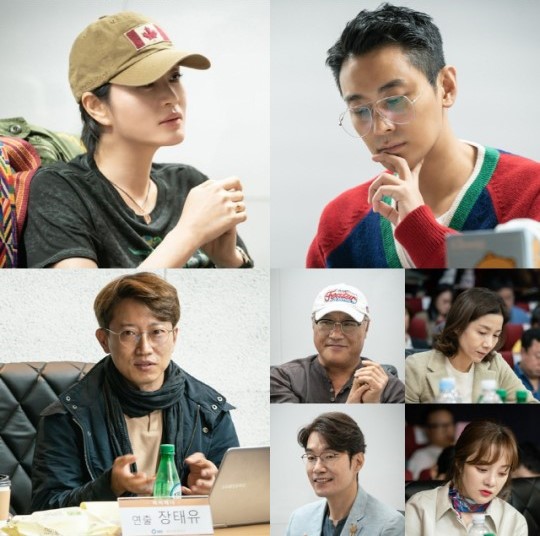 Wow, it really does take a lot of work to look hip.

Could you please also write about the two dramas that have just premiered? Touch and Romantic doctor teacher Kim 2?

I'm not sure about the story line - we have seen dramas about lawyers a few time already.
But can I just say Joo Ji-hoon in glasses, with that hair - well, it makes me swoon!

JJH showing off. What are those? Sun glasses shaped glassed?!

JJH showing off. What are those? Sun glasses shaped glasses?!