Kim Hye-soo, Joo Ji-hoon are on the prowl in new character teasers for SBS’s Hyena

The story is centered around the fiercely competitive world of elite lawyers; it will show how easily people become like hyenas in the wild. These lawyers are willing to do whatever it takes to survive and to fight to come out on top. The law is merely their means and their tool, while their hearts are set on money alone.

Emphasizing the idea of lawyers being hyenas, the newly released teasers are a parody of animal wildlife documentaries. A narrator is used to describes each character in their video, as if observing an animal in the wild, and refers to them both as “hyenas.” To further highlight the parallels with their animal counterparts, the scenes are also inter-cut with shots of real-life hyenas and other animals.

In the video for Kim Hye-soo’s character, Jung Geum-ja, the narration starts with: “This hyena has strong survival instincts.” As he speaks, we see Kim trudging down an alley way when someone tries to assault her and she bites down on their arm in defense. The narrator continues that, “She has an incredible nose for the smell of money and can easily track it down.”

In a tight sequence of shots, Kim Hye-soo sniffs a wad of money, spies on a fancy garden party, and talks excitedly to someone on the phone while making a hand gesture for money. The narration explains, “As she is a hyena, she never lets go of her prey. This is because she knows how to fight.” Dressed in a red tracksuit, we see Kim making a bold entrance and thoroughly enjoying herself at a party. In between the shots, a large text screen displays, “Bite!” and the teaser ends with a close-up of Kim Hye-soo smiling.

In Joo Ji-hoon’s video, the narrator introduces his character Yoon Hee-jae by saying: “This hyena is number one when it comes to being thorough and finishing up his business without any loose ends. This ensures he doesn’t have to waste time after a job has been completed.” As he speaks, we see Joo Ji-hoon working hard in the courtroom and the office, as well as being diligent in his leisure activities.

In the next sequence, Joo and his colleague drive to the court house and walk through a crowd of media press. The narration continues that, “He calculates his every move, follows traditional tactics, and doesn’t let go of any opportunities.” A text screen appears saying, “Rip!” and the narrator explains, “He is a clever fighter.” A series of shots show Joo Ji-hoon practicing dance moves in the hallway and in the car, celebrating a success, and making a toast. The teaser comes to a close with a close-up of Joo smiling.

Writing for SBS Hyena is Kim Roo-ri and directing will be done by PD Jang Tae-yoo (You From Another Star. Tree With Deep Roots). The drama is currently set to premiere February 21, and will be airing Fridays and Saturdays following Stove League. 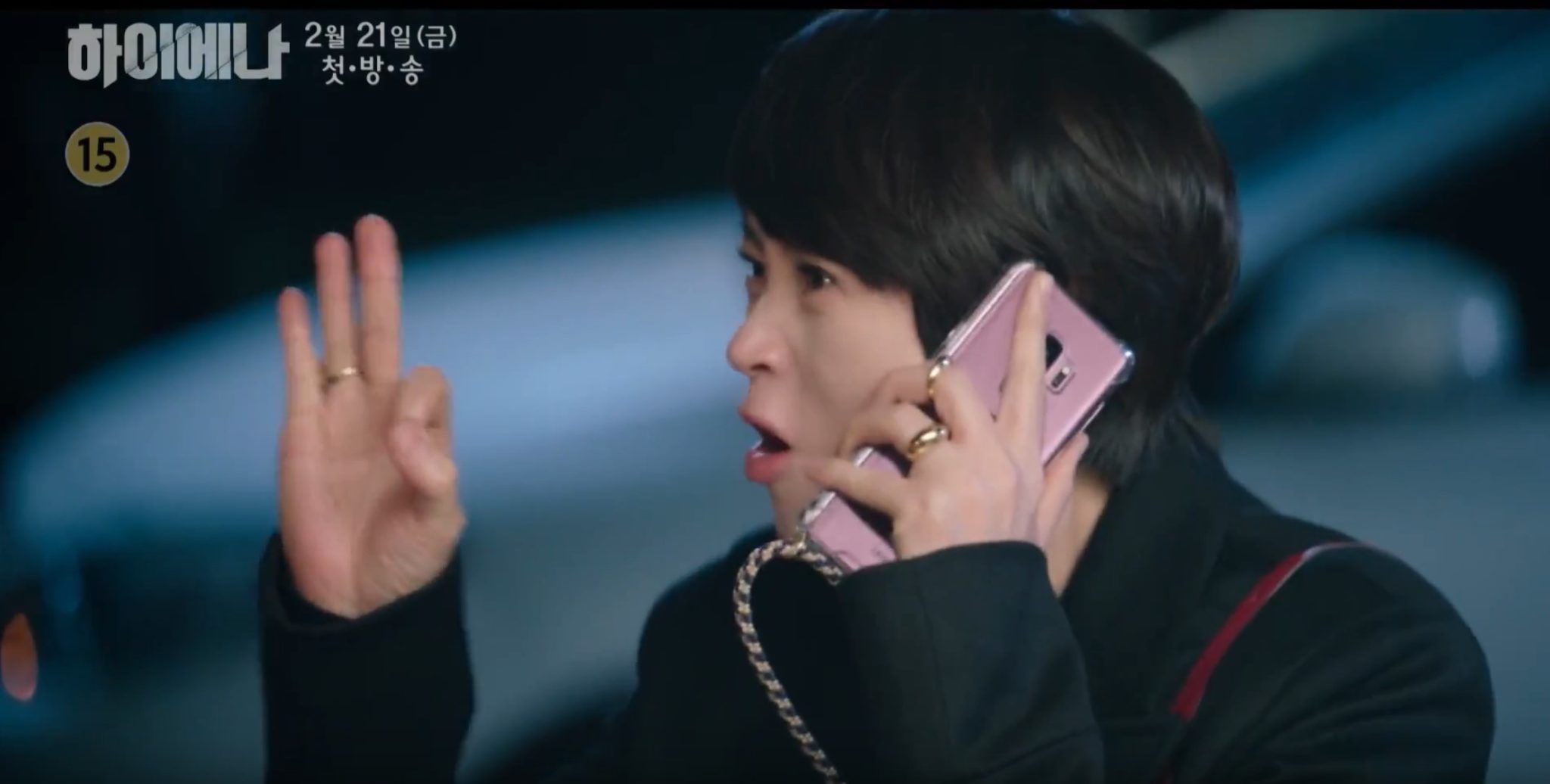 what would...be the point of this? LOL

kim hye soo is so pretty tho

having fun at the expense of lawyers?! and joo ji hoon!

I will watch for Joo Ji-hoon's haircut alone.

Thank the K-drama overlords that the clean cut swiped back haircut is now back in fashion or at least in K-dramas!! #FreetheForehead

@soulsearch12,
But what effect does this fashion trend have on the Tonsorial Indicator of Evil? Are we going to lose that time-honored method of monitoring character development if male actors' bangs get chopped short?! Oh the humanity. ;-)

Ju Ji Hoon is so hot!!! Damn at his back muscles. Also Kim Hye Soo is so gorgeous.

This show could either be fun/next huge hit or a total Trainwreck. But these are two known commodities so I've some faith that they didn't completely choose a Trainwreck...I went on a rabbit hole yesterday and found that Hyena was tvN's 1st ever drama, and it starred Oh Man Seok (the baddie in Crash Landing!!) and Shin Sung Rok!! And it got great reviews.

@soulsearch12,
HYENA (2006) was a very late-night cable drama that was quite risque. Oh Man-seok went directly from playing VINEYARD MAN Taek-ki to tsundere TV producer Choi Jin-bum. With his elder brother (a writer of trashy novels hilariously played by Yun Da-hun, complete with pretentious pen name), and two other thirty-something childhood friends, you could call it the male version of SEX AND THE CITY. It's a raunchy romp, with a ditzy runaway bride, an AWOL groom, and a long-lost love. Shin Sung-rok, OMS, and Kim Min-jong all sing, too. I loved SSR's character. There were some truly touching and thought-provoking developments. Seo Hyun-jin sings one of the OSTs. There's a lot of good background music in it, too. Conch and Leech are a memorably mis-matched pair.

I'm tempted to watch the new HYENA because of the main leads, but I don't know whether I can stand another show with sleazoid lawyers. I attempted to watch ITEM because of Ju Ji-hoon, but bailed after about 5 episodes when I could see it going off the rails. I can't wait for KINGDOM season 2 to premiere in March, which will be a sure bet and entirely lawyer-free. Or maybe I'll con myself into watching HYENA anyway to compare JJH's performance with his earlier turn as a lawyer in MAWANG. For science, of course. ;-)

Thanks for the reply and also sorry for the late reply! I really want to watch Hyena! I’ll try to see if I can find it anywhere!

As for the new show on Sbs, the cast is what gets me intrigued. I wonder how Song hye joy would’ve fared. It could be trashy fun or a hot mess. Hope it’s good!

The trailers are sooo hilarious and witty that if the drama is indeed on the same tone i'm gonna adore it!

I've been watching a lot of Knowing Bros lately (a korean variety show), and Kim Heechul kept on re-enact some of Kim Hye Soo's old movies' lines. As I see the first screencap, I finally see the resemblance between the two of them!

I get the impression there wouldn't be a series named 'Hyena' today if there hadn't been a character named Hye-na in SKY Castle.