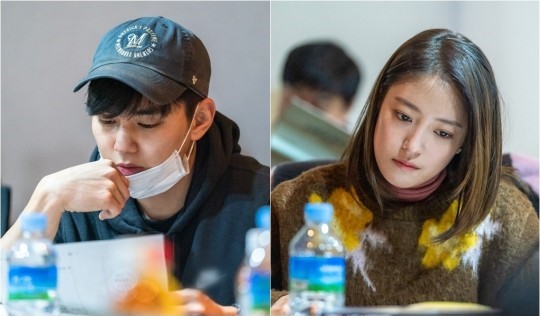 New stills have been released featuring the cast and crew of tvN’s upcoming supernatural-thriller Memorist. The team gathered together for the show’s first script reading and actors Yoo Seung-ho (My Strange Hero), Lee Se-young (Doctor John), Jo Sung-ha (Arthdal Chronicles), and Go Chang-seok (Boyfriend) as well as other supporting cast were present.

The drama is based on a popular webtoon, also called Memorist, with Yoo Seung-ho and Lee Se-young in leading roles.

Yoo plays the character of Dong Baek, a police officer who possesses the power to read people’s memories. Unlike most superheroes who conceal their identity, Yoo’s abilities are public knowledge and he uses his superpowers to help capture criminals and villains through his work. His most recent case however, has been trickier to solve and he works together with Lee Se-young in order to chase down a mysterious serial killer called “Absolute Evil.”

Lee Se-young plays the role of criminal profiler Han Sun-mi. With exceptional credentials, intelligence, and capabilities, she is the top in her field and rose through the ranks quickly despite her young age. In terms of personality, she comes across as prickly and cold. However, she is passionate about her work and is more determined than anyone to bring justice to all criminals.

On the production side, directing will be done collaboratively by PD Kim Hwi (Neighbors, The Tooth and the Nail) and PD So Jae-hyun; the writing team will be led by Ahn Do-ha and Hwang Hana. 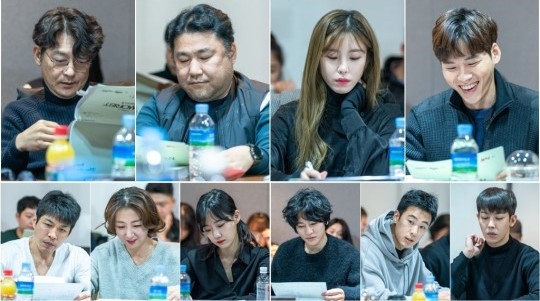 I'll watch YSH in anything, even if the premise of the show doesn't entirely excite me.But it's YSH so I'm in.

I think I will like it Yoo Seung Ho's role is kinda like the one in Remember although that drama is a bit of melodrama. I'm excited for both of them and can't wait to watch seeing all the cast and how we know they are very good in portraying their role

So pumped up about this because i adore Yoo Seung Ho to bits!!!Please be good!

if I ever fall into a coma, you know what name to whisper into my ear.

It's my name, right?
You mean my name?

He is very talented actor.

Please be good. We know it's going to have heart-wrenching scenes because the lead is YSH, and he excels at those. The serial killer's moniker is a bit over-the-top. I hope the character won't be.

Just as many of you have written, I am looking forward to this just for the very cute Yoo Seung-ho :) :D

Strangely the picture here doesn't seem of Yoo Seung-ho or Lee Se-young!! If its them, they look very different here!! The news articles have the same picture.