Casting news for tvN’s drama project (I Don’t Know Much, But) We Are Family 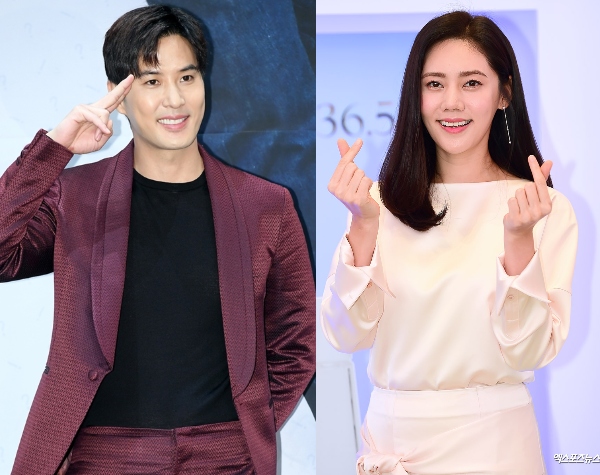 (I Don’t Know Much, But) We Are Family has recently cast Chu Ja-hyun (Arthdal Chronicles) as the eldest sibling of the titular family. Earlier last month, Han Ye-ri (Nokdu Flower) was cast as the second sister. This new drama is about a family who are like strangers, and strangers who are like family, and the misunderstandings that arise from those relationships.

Chu Ja-hyun’s character is a former patent attorney who graduated from a prestigious university. Now after her marriage, she dreams of living an ordinary life. Because of her pride, she finds it difficult to confide in anyone about her worries and concerns. To her mother and her younger siblings, she seems almost too cool-headed and rational, but to her father, she’s a generous and dependable first child. After her marriage, she begins to feel a distance from her husband and her family, and she begins to experience change in her new life stage.

In related casting news, Jung Jin-young (Chief of Staff 2) and Won Mi-kyung (The Most Beautiful Goodbye, Whisper) have received offers to play the parents of this family. Kim Ji-suk (When the Camellia Blooms) has also received an offer, but his role is yet unclear. These actors are all currently reviewing their parts, and have not confirmed this new project.

tvN’s upcoming drama (I Don’t Know Much, But) We Are Family, directed by Kwon Young-il (Suits) and written by Kim Eun-jung (Flower Boy Next Door), will begin airing in the first half of this year.

Yes, Kim Jisuk, come back to me.

So, why is she no longer a patent attorney? Women stop working after they marry? she had no choice?

Do you know what it takes to be a patent attorney? First, you get an engineering decree- then you go to law school. Then you have to pass the bar exam and often there is a separate exam for the Patent Office. But once you become a Patent Lawyer there is no heavy trial schedule- most of the work is done at your desk, so it should be possible to fit having children into your life- and then pay for a nanny to care for them when you are at the office- not to mention that in this digital age you could do much of the work at home- and you would definitely be able to afford both the nanny and the home office, because a patent lawyer makes very good money.

Most lawyers get to see people at their worst moments in life. Patent lawyers help someone to create something that is both new and valuable. There are moments of stressful conflict (patent infringement cases) but for the most part patent lawyers do not face the same spiritual and emotional drainage that goes with most other legal practice. In other words- a Patent Lawyer has few reasons to want to give up her practice.

OK, I think I have expressed my full dudgeon at how the writers have treated this lady. It is just such an appalling waste. If this represents modern Korean society then no wonder Korean productivity is so low: Waste talented people and you waste your economy. I hope that I am wrong about that and that the writers are simply way behind the times in their thinking.

It's good to hear insight from a person who has known the industry so well! I used to be a somewhat lawyer some years ago before I decided that the field was not for me: Too stressful and too regulation-oriented. I felt I lack creativity as I had to deal with problems everyday. Hearing your insight make me realize for the first time that there is indeed a sub-field of law that actually sounds a bit creative and let's say positive.

First, Med and Law school in Korea starts immediately although Med school is a 6 year program if memory serves.
I agree that its a real problem that in Korea and Japan that so many professional women retire after starting families. The same problem exists though not as severe in the US and many other countries. Losing highly talented professionals due to employer inflexibility is wasteful.
In general, there are so many societal and structural pressures against professional women with children that it discourages marriage and family formation that it must be a factor of the incredibly low reproductive rate. The rate has now dropped to below 1.0 (the replacement rate I think is 2.1).
I would like to say more but since I am not Korean I will stop here for the sake of prudence and my lack of standing.

It is only in America that we demand that Law School be a postgraduate program. It would be good to know how the Koreans equip their patent lawyers with the needed engineering knowledge.

I think I just found a new potential career for my daughter! Thanks!

You're welcome. But prepare her well- an engineering degree is very tough slog. My son got one (from a top school) so we got to see it from the front row. One good thing though: Engineering schools are begging for women to come.

I think she’ll be prepared (her dad started out as an engineering major and her grandpa and several great uncles have engineering degrees as well! But she likes law for some unknown reason, so this might be the perfect fit!

Yeah for Kim Jisuk. Like him regardless of the role he takes. He's been doing so great since Another Oh Hae-young. Normally brings depth and heart-warming quality to the roles he took on.

I tend to trust tvN. I doubt in this drama we'll see storylines involving face blindness, contract marriages to Candys, or serial killers.