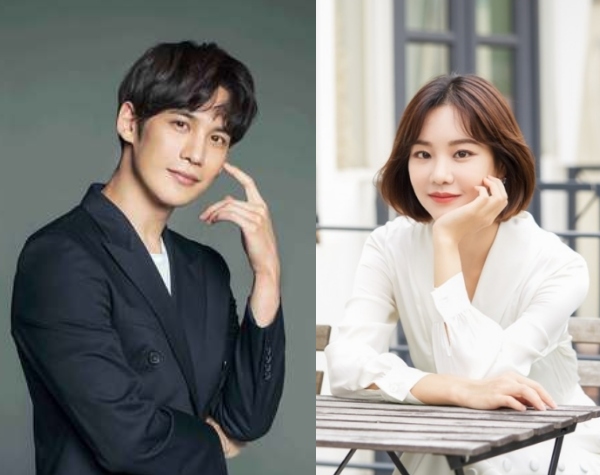 Workplace comedy Old School Intern has confirmed the casting of Han Ji-eun (Be Melodramatic) and Park Ki-woong (Rookie Historian Gu Hae-ryung). Old School Intern is the story of what happens when a man meets his old-fashioned, stubborn former boss again. But this time, he’s the one in upper management at a trendy ramyun company, and his boss comes as his lowly senior intern. Park Hae-jin (Forest) is set to play the main character, and Kim Eung-soo (Chief of Staff) his titular Old School Intern.

Han Ji-eun will also be playing an intern in the marketing team at the ramyun company, alongside Kim Eung-soo. She’s an emotionally volatile, spontaneous and unique character. In one moment, she seems hard-working and loyal to the company, but in the next, she goes astray, and then this repeats in cycles. She’ll be relatable to those who know the realities of working life.

Meanwhile, Park Ki-woong will play the arrogant jerk CEO of Junsu Foods that owns the ramyun company. Although technically his title is CEO, he’s nothing more than a puppet figurehead who has no power to do anything without the permission of his father, the chairman and major shareholder of Junsu Foods. To everyone around him, Park Ki-woong seems cool and unconcerned, but to Park Hae-jin he shows his claws. Although he seems untouchable and impolite, there’s a clumsiness in his character that makes him bark up the wrong tree at times.

Park Ki woong, I will take it.

This sounds fine, but when will we see Prince Jin as the lead??

I was hoping. He deserves better roles.

Thats mean he is the villain wow!

I'm guessing you tagged me because of how much I loved Be Melodramatic, and yes, I'm excited about more Han Ji-eun!

Will take a look but it sounds pretty cliched and tropish from the description.

The plot reminds me of Divorce Lawyer in Love.

7 Katakwasabi wants a Frodo plushie (the kakao emoji, NOT the hobbit!)

Oh Park Ki Woong, I wish you get a lead role soon. Or you know, you can steal the spotlight and make the drama yours.

Thus starts the phase of my drama-watching where I will watch anything that has someone from Be Melodramatic in it.

Especially since Han Ji-eun was my favourite of the girls!

Maybe they will have a loveline in this drama, rooting for Ki-woong to get a lead role soon!