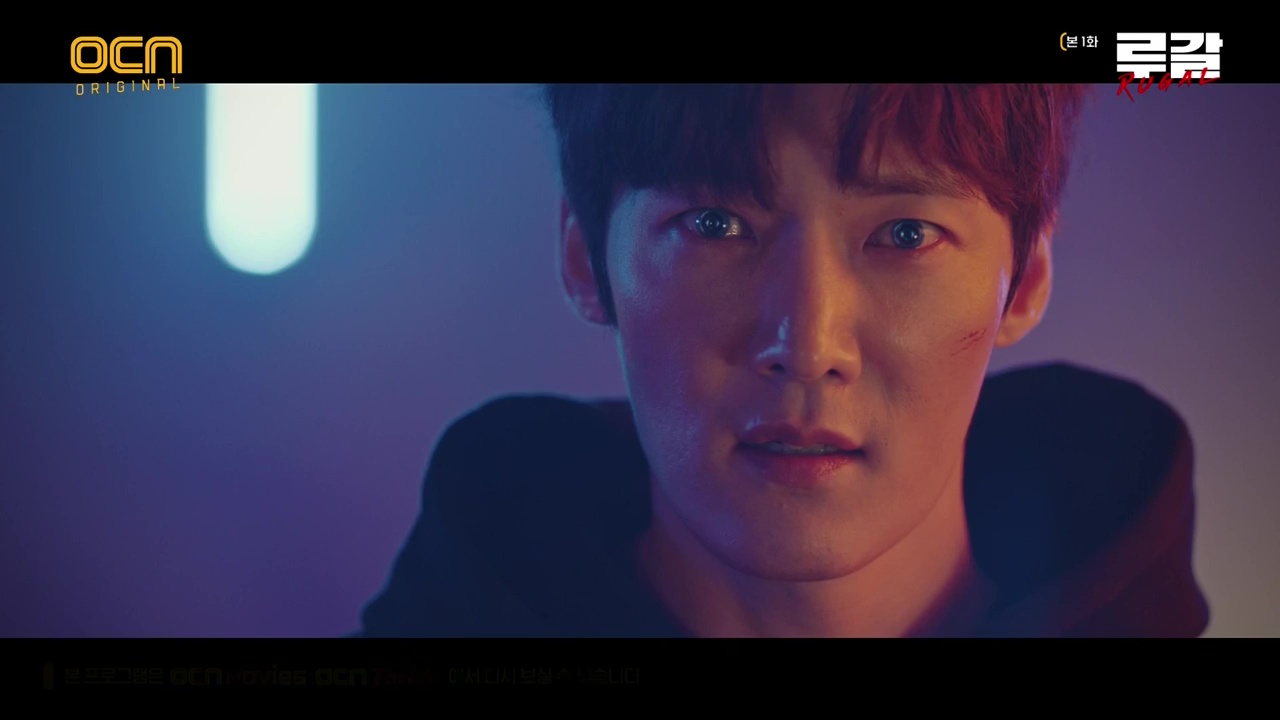 Vigilante justice, my favorite. OCN might not make the most well-rounded dramas, but I’m here expecting some stylized storytelling, gratuitous gunfire, and awesomely choreographed fight scenes — and hey, they delivered that. Here’s what Rugal’s premiere week was like. 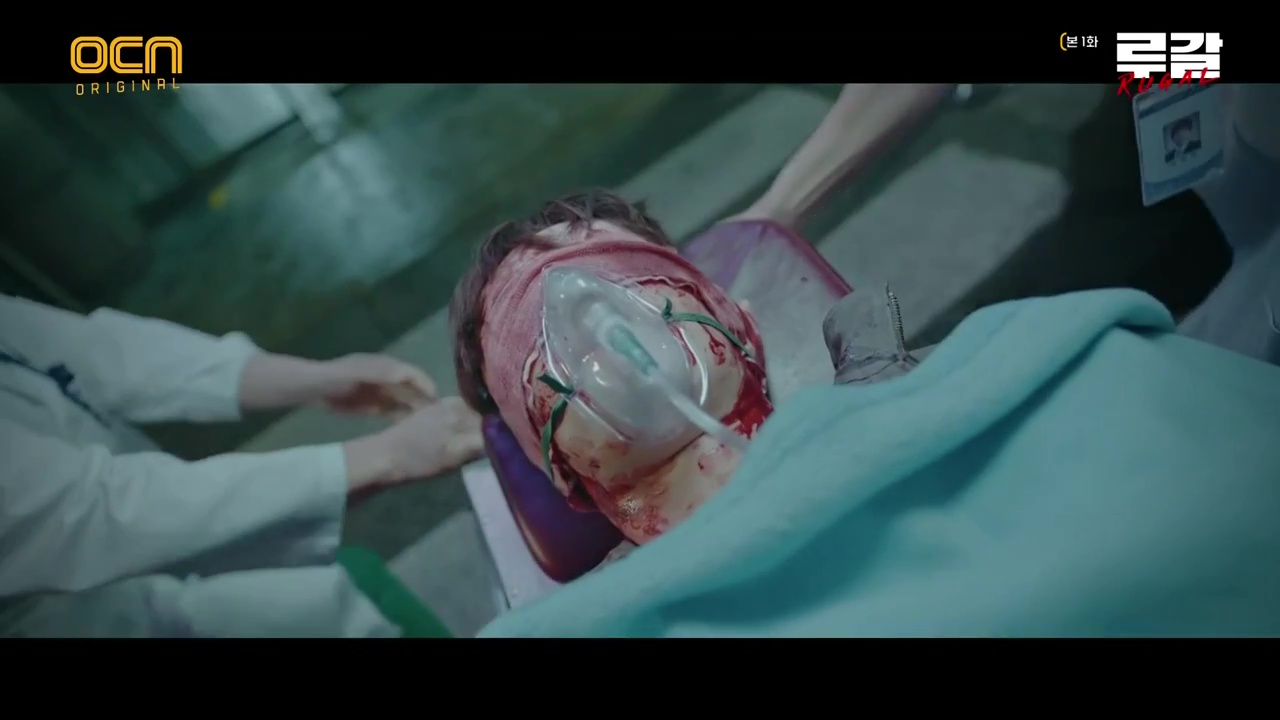 Rugal opens with the tragic (and grotesque) moment that changes everything for our hero. While happy wedding footage plays on the TV, police officer KANG KI-BUM (Choi Jin-hyuk), lies bloody on the floor. He’s beaten to a pulp, but more importantly, his eyes have been gouged out (thank you, broadcasting rules, for blurring the details of this gore). His wife is on the other side of the room, dead. The culprit? A powerful organization known as Argos.

It’s quite the scene, and note, to start on, but that’s the basic premise of Rugal. We’ve got a justice-loving hero (a favorite kind of role for Choi Jin-hyuk, surely) who’s just had everything taken away from him. What more is there for him to lose? What else is there to drive him forward besides revenge? It’s a typical setup, yes, but it’s been used successfully for centuries, really, so let’s see where they take it. 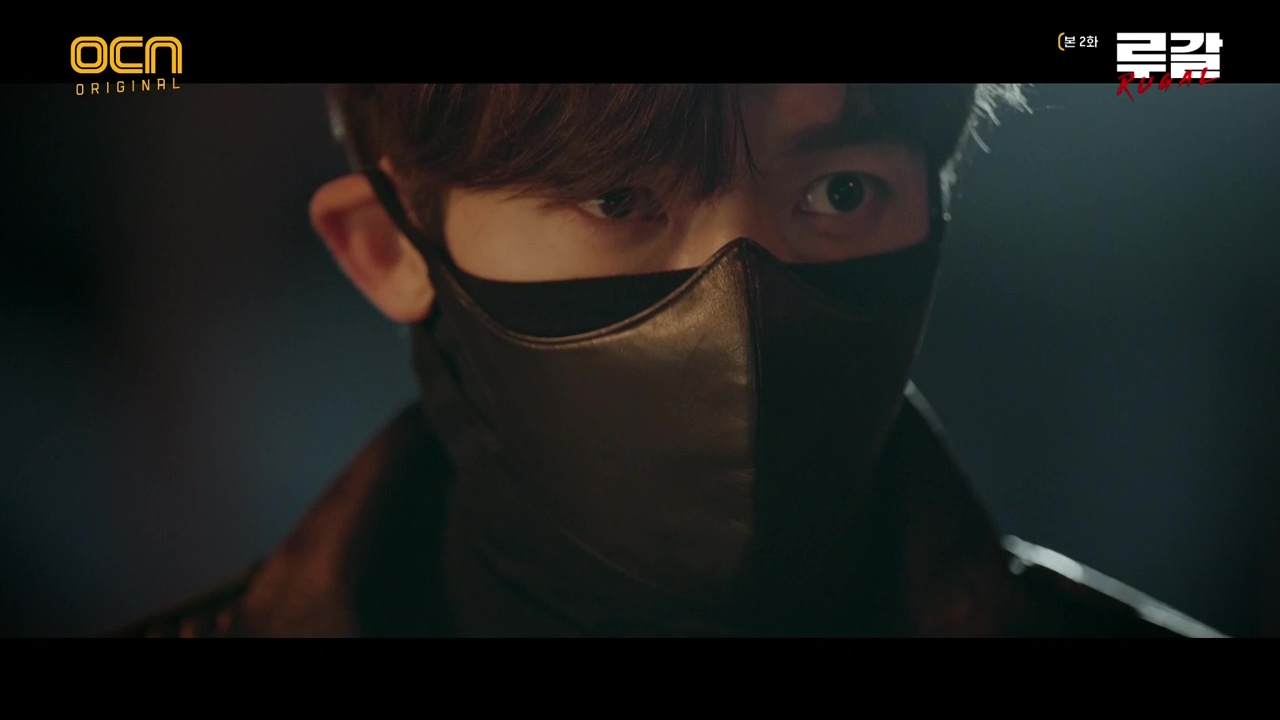 Because I’m me, I can’t encounter a story where eyes are gouged out without immediately going straight back to some Greek tragedy. Sophocles’ Oedipus famously gouged out his own eyes when all the terrible prophecies around him came true — it was an act of total despair, and incredibly symbolic. Now, I’ve not read the webtoon source material here, so I’m not sure how much that writer/artist cares about this parallel (and I’m not sure if our screenwriter does either), but heck, I do, and I’ll be paying attention to this motif the whole time, you can be sure.

As expected, Rugal spends its first week in plot setup, but it’s a backstory that needs to be told. So, we meet Ki-bum doing his high-stakes policing, follow him to the fateful night when he lost his wife (and his sight) — and then we see what happens next. Because that’s when the story really starts. 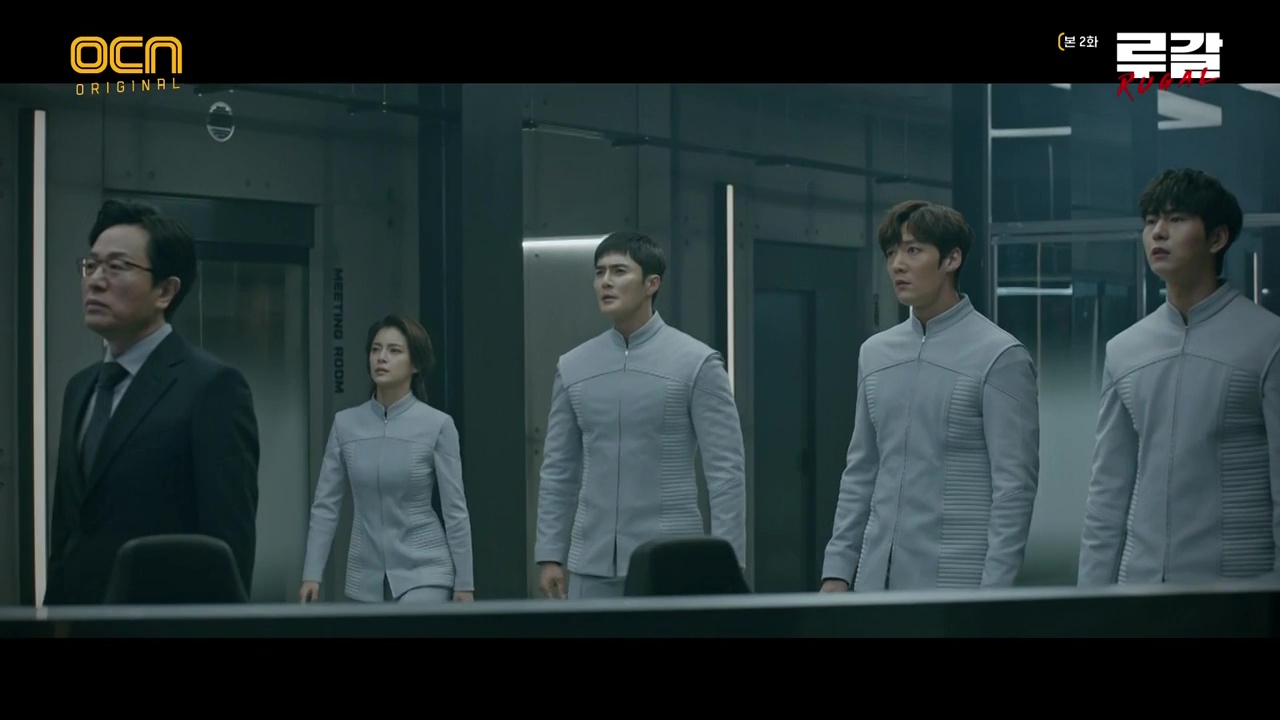 Argos might be this hugely powerful crime organization, pulling the strings behind almost everything in the country, but there’s also a secret resistance force known as Rugal. Pretty soon, Ki-bum goes from being blind and incarcerated, to getting pulled into this underworld of vigilante fighters. The storyline really smacks of La Femme Nikita here — and it even feels like it, with its bunker-like headquarters and rough, mean team of fighters that are legally deceased back in the real world.

But in Rugal, they’re not only given life again, but a bionic edge. For Ki-bum, as we know, he receives bionic eyes. With them, he gets so much more than vision, though: he’s got a database literally right there in his head, and it’s pretty obvious why this gives him such a benefit as an agent. 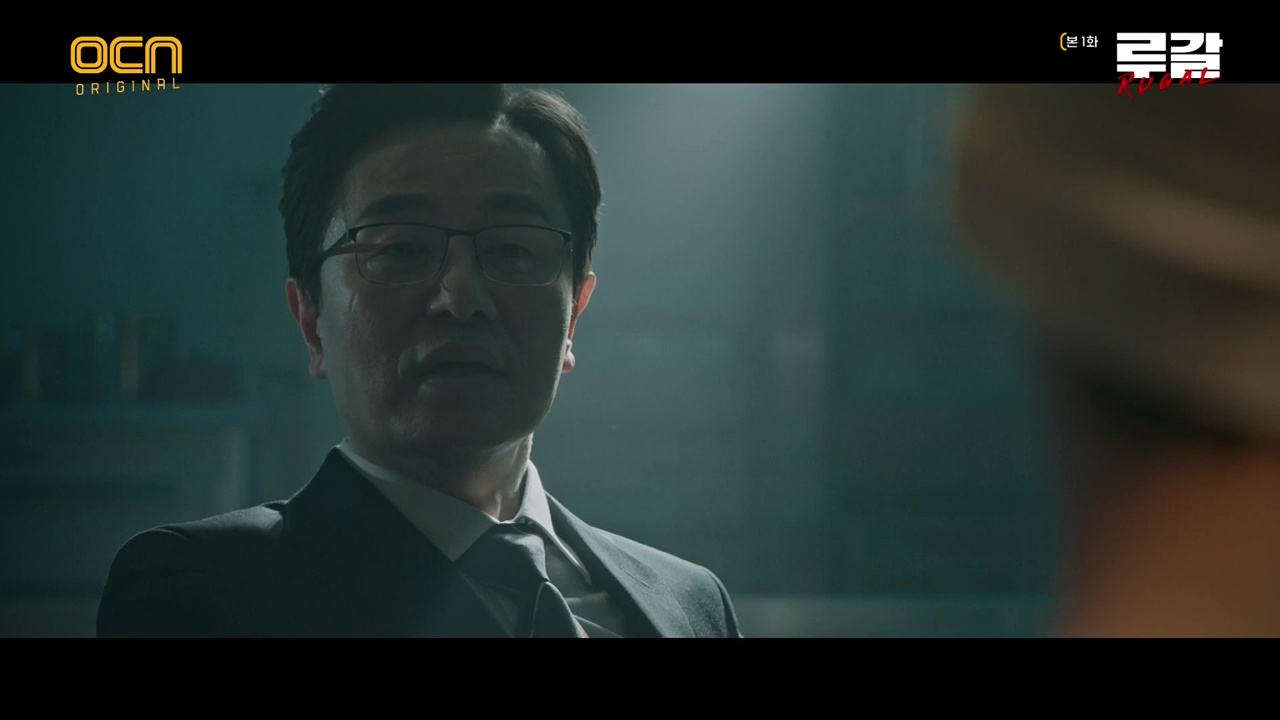 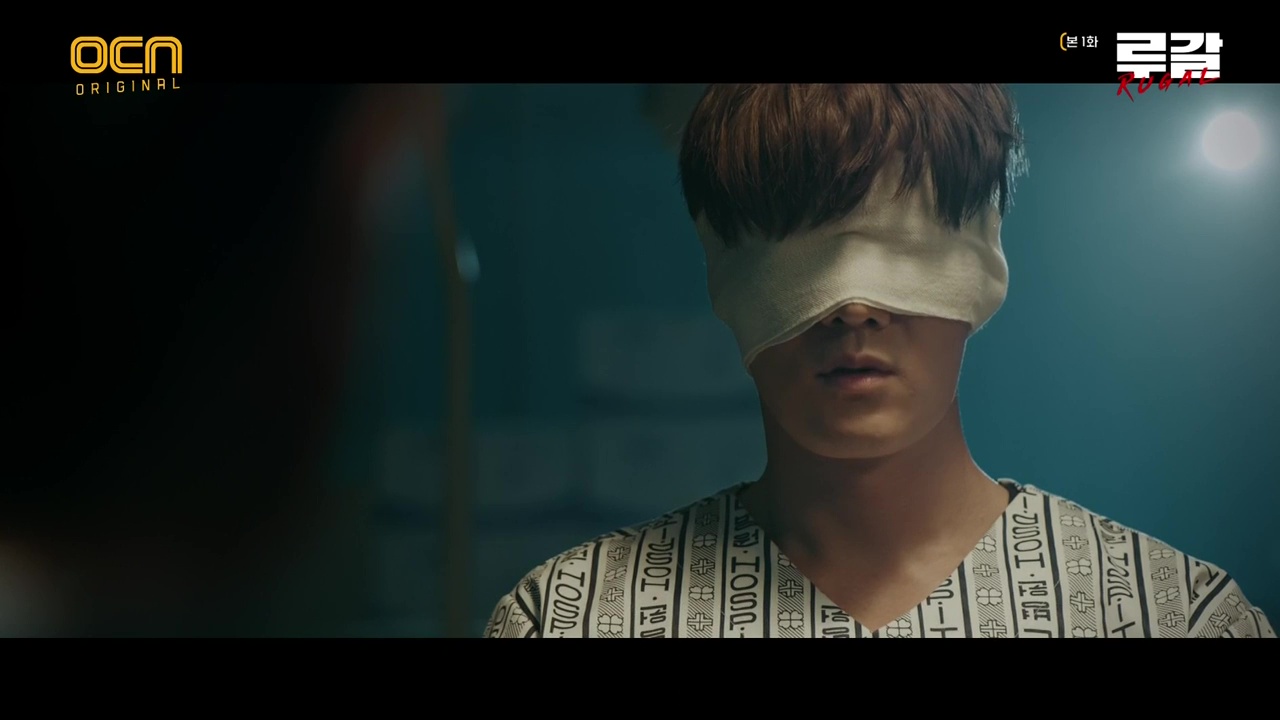 Although the whole setup feels a little recycled right now, it’s actually, in essence, a story I quite like. The blind and bandaged Ki-bum has a chance for escape, and decides to follow the guiding voice of Rugal director CHOI GEUN-CHUL (Kim Min-sang), who leads him out of captivity and into the arms of Rugal.

The drama is in a bit of a hurry to get to its action, though, so we blast pretty fast through Ki-bum’s arrival, bionic surgery, recovery, and training. By the time Episode 2 opens, the Rugal team (of four, hah) are already on an anti-Argos mission. I shouldn’t complain, since this is what the drama is about… but I found myself craving a little more about the people. In other words, I need more character development. 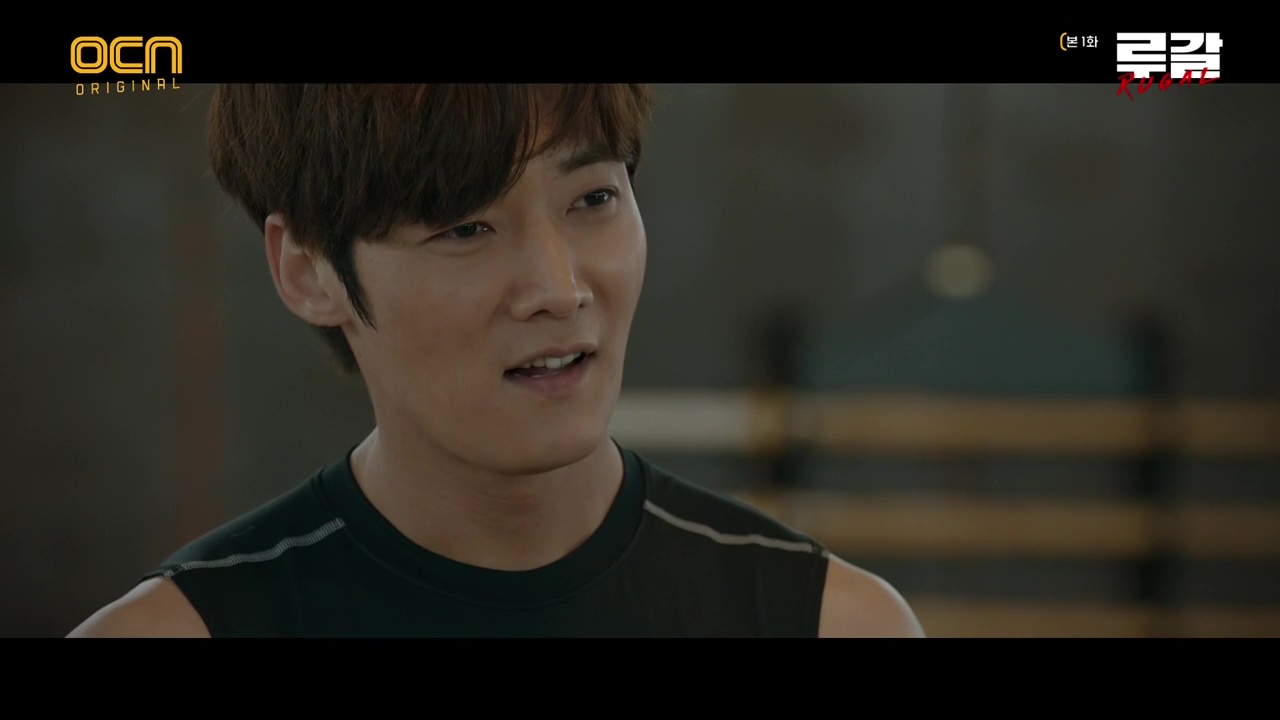 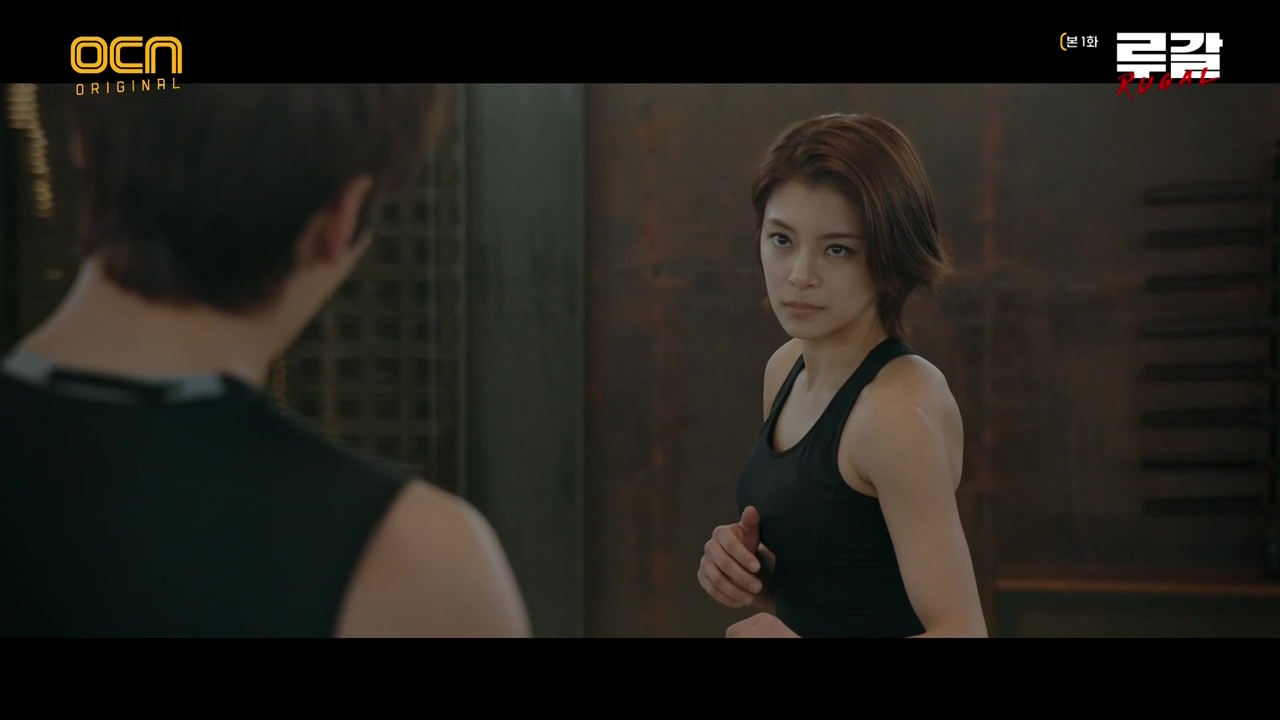 Seeing Ki-bum mourn for his wife is all well and good — and it’s no fault of Choi Jin-huk’s — but it’s hard to connect to emotions the drama has only given a few minutes of screen time to. In order to get behind Ki-bum’s vendetta, as an audience, we need more. As a viewer, I want to feel his emotions as readily as the drama can make me feel his physical agony (because the man takes quite a beating in these two hours).

I’m a strong believer in characters-first writing, so when I’m watching a story about two police partners reunited in a “second life” as bionic fighters, well, I’m expecting at least some kind of emotional connection between them. Instead, Ki-bum and his partner SONG MINA (Jung Hye-in) — who was shot in the head by Argos and subsequently saved by Rugal — start sparring almost immediately. I love a nicely choreographed fight scene just as much as the next girl, but truthfully, I want a connection to these characters more than I want slick punches and nano baths. 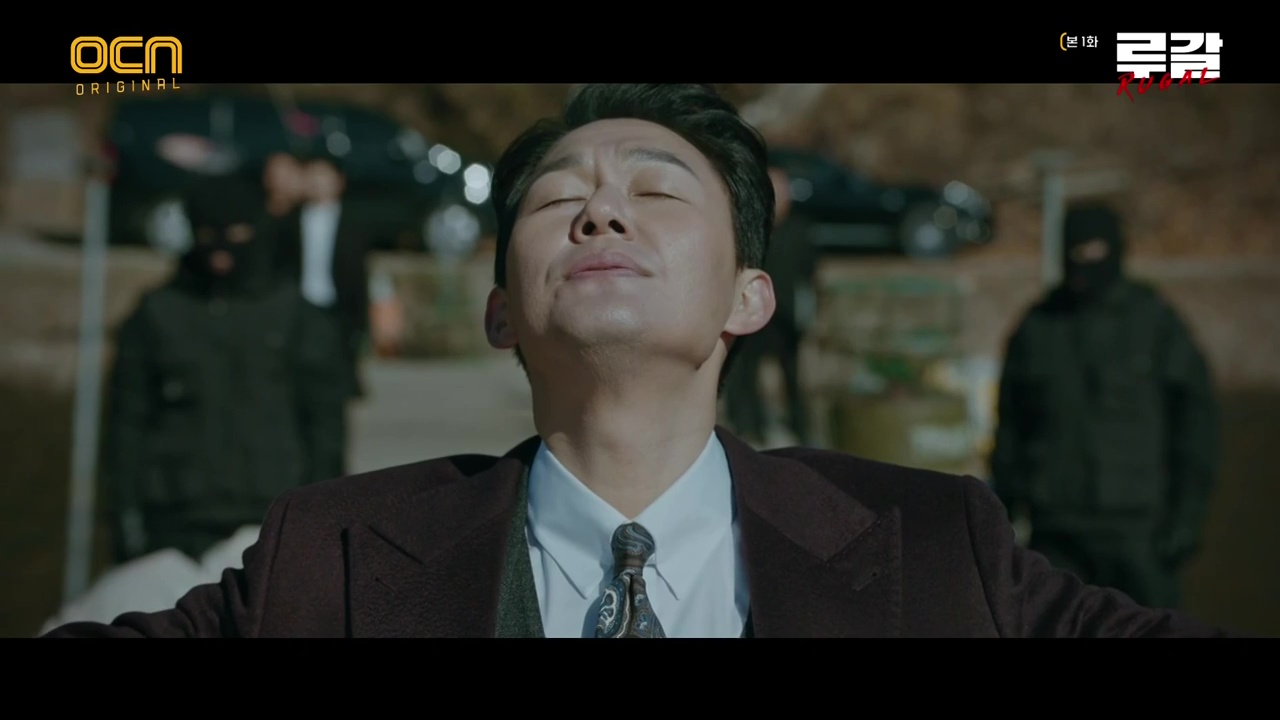 Despite my complaints, I’m curious to see where Rugal will go after it has laid its groundwork. The drama has made it abundantly clear that Argos is a dangerous foe — and its new leader HWANG DUK-GU (Park Sung-woong, who is nailing it as a bad guy these days) has no problem shooting people point-blank, beating them with baseball bats, and anything in between.

Soulless villains are one thing, but soulless villains with depth and layers? They’re a whole other thing, and can really electrify a story. With Park Sung-woong in this role (and clearly enjoying himself), I’m hoping for a villain with dimension. Dimension — that’s the word. Bring a little more of that to Rugal, and I think we’re good. 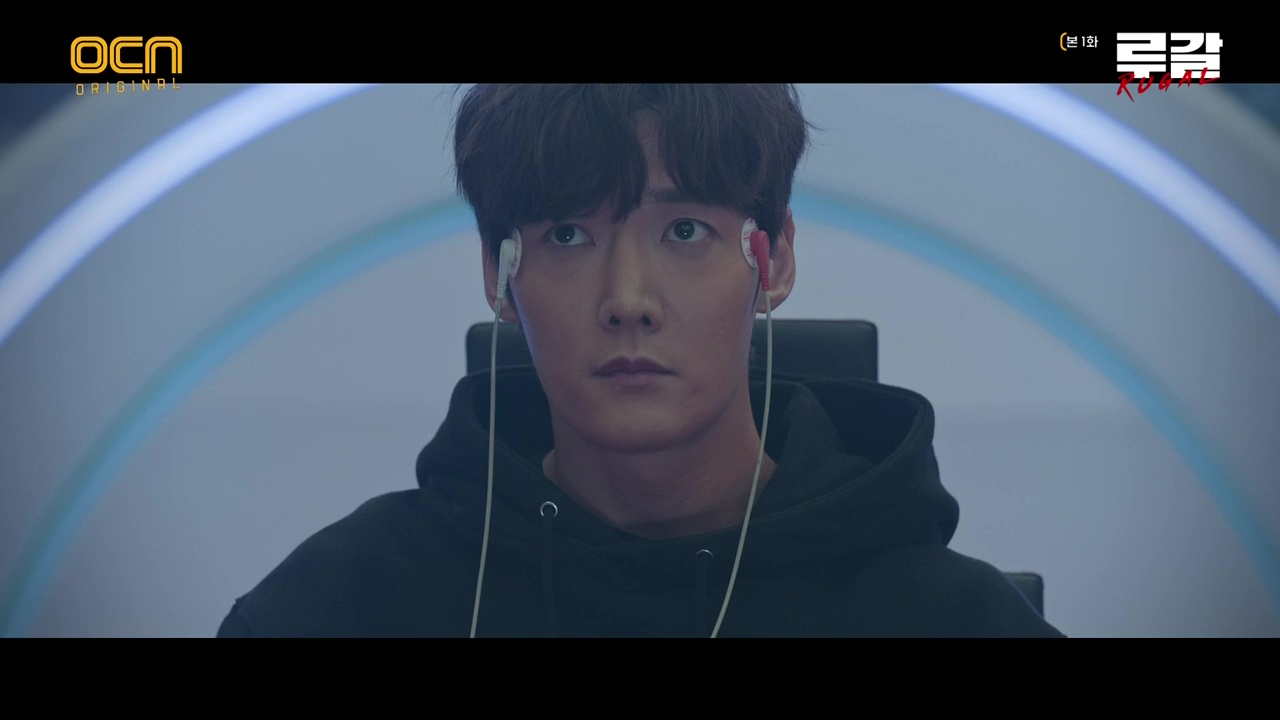 It wasn't as gripping as I initially thought it would be. It's great that they are trying to show their fight scene choreography but I feel like that those scene kind of dragged a little bit. Hopefully the story/plot picks up this week.

Yes to villains with dimension! Hopefully Park Sung Woong isn't one dimensional. I hope Choi Jin Hyuk will get his revenge this time. Fighting bionic CJH!

Park Sung Woong is wonderful and I want him to have a really good role sometime soon.

Having read the webcomic inspired by this, I do have some gripes but Park Sungwoong's villain will be immensely sexy and good :D

My major pet peeve frankly was the fact that Kibum's new eyes are supposedly heavily inspired by big predator cats and are an odd color as a result (orange-yellow in the webcomic) but they made him look "normal" which is uhhhhh. Bad because the main reason Rugal was underground was because of the unnatural nature of the human weapons :( It feels like they're forgetting that Rugal are vigilantes fighting with amalgamation cyborg weapons.

Graphic but really exciting. I will continue on with this drama. Choi Jin-hyuk is perfect for the role and not bad on the eyes either...Mercy!

I think The Last Empress kinda killed any desire in me to see Choi Jin Hyuk in transformation as "super hero"...

Not enough Park Sung woong and with out him on the screen it was just 2 hours of a charisma vacuum lead by Choi Jin hyuk. This should not have been this boring.

Frankly, I was not impressed and dropped out in the middle of the second episode. My disbelief cannot be suspended so often, be it related to characters, plot, or laws of physics. Choi Jin-hyuk reprises a very dumbed down version of his hero from Tunnel. Not interesting enough for me.

After watching the first two episodes I thought it was nice. I am liking the acting from Sung Woong. Honestly I feel he has more depth and pulls off his character very well. Choi Jin Hyuk tends to overact in some cases. I tended to want to speed through his stuff, even though I couldn't. I am glad we will get more information about the rest of the team. It was interesting to see what exactly they are made of. I'll keep watching a few more episodes.

10 LT does not reciprocate no matter how much LMH begs, Dame Judi

How am I supposed to take seriously a show that starts with a prison training montage from an 80s movie?

Oooh. Just to say I love a training montage.
Now I have the Rocky music in my head.

@rueffie has something to say about the training montage I believe.

This is the most American kdrama I’ve ever watched: no time on characterisation, entirely action driven. At episode 2 I don’t even know what everybody’s augmentations are or why they’re in Rugal. It’s just people hitting each other over and over or chasing each other in cars. No idea how they’re going to fill 16 episodes if they don’t spend the first two on his Tragic Backstory.

I’m currently halfway through episode 2 and the main characters are sitting in a room delivering exposition at each other while the male lead sobs through his lens flare flashbacks.

Honestly, how bad it is is giving me joy but since the execution is extremely boring I can't imagine lasting through the full 16 hours.

All in all, I love it so far, but as someone who practices martial artists, its cringes me out watching fightsl scenes. Moves are unnatural, inneficient, and movie diseegards male female physique. Even in training sessions in 1st episode you can clearly see how massive main character is compared to the woman, but magically woman can take those hits ( her mascule mass is so low she can hardly take any hit). Now to the coreography all in all is annoying. When its 1v2+, other guys just stands there and waits, but I'll let it go cus all movies do it(when someone fights more than 1 perosn, he is already in huge disadvantage, not to say fight scenes where main hero fights more than 3 at one. irl no one can stand their ground when it 1v4+.)Swinging fists are another thing thats annoys me. Swinging they swing from far back with open arm. Like come on. Thats first thing every martial arts teaches you not to do. And keep your hands up.
I can go on and on and analyze every scene but i think message is clear.
Don't get me wrong so far its for me 9/10. I love it, but these fight scens man.