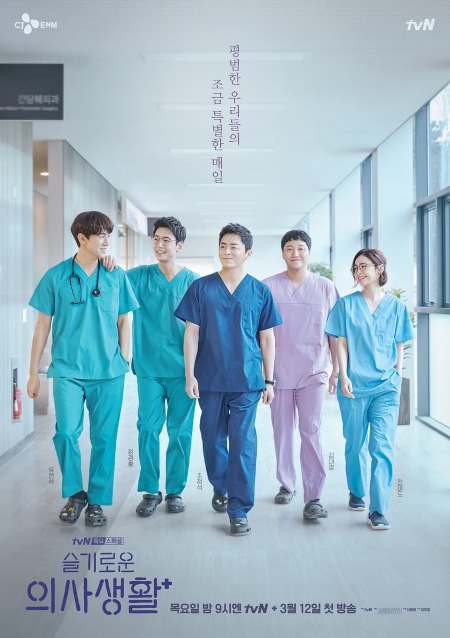 The drama tells the story of the quotidien ongoings at the hospital where life’s most extreme moments from birth to death happen. These five friends from medical school work together, laugh together and cry together as they mature through their shared unique experiences.

In the recently released 15-second teaser, Jeon Mi-do narrates as Yoo Yeon-seok scrubs in for surgery: “Brace yourself. The work is tiring but you get used to it after a while. But our work, it’s not the type of work we should get used to… is it?”

Frantic scenes of Jung Kyung-ho running through the hospital halls and Kim Dae-myung stifling his sobs can be seen. The teaser ends with Jo Jung-seok at his desk saying, “Let’s save another precious human life today.”

The writer and director duo behind the Answer Me series, Lee Woo-jung and Shin Won-ho respectively, are reuniting for this drama. With the title of the drama being similar to PD Shin Won-ho’s previous drama, Smart Prison Living, I can’t help but wonder if the two will be related in some way.

Thursday night tvN drama Smart Doctor Living will begin airing on March 12, and will also be available via Netflix. 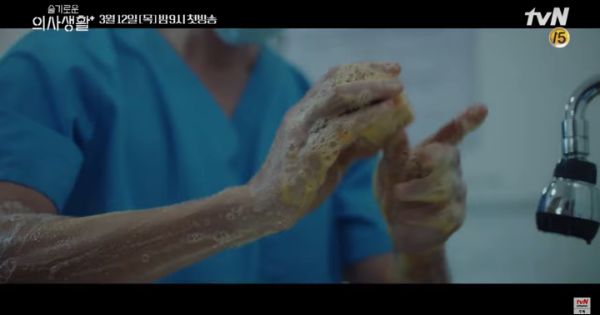 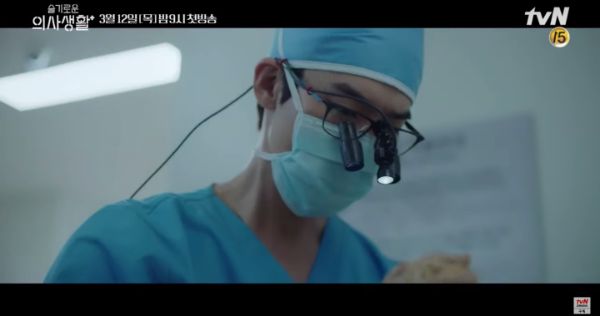 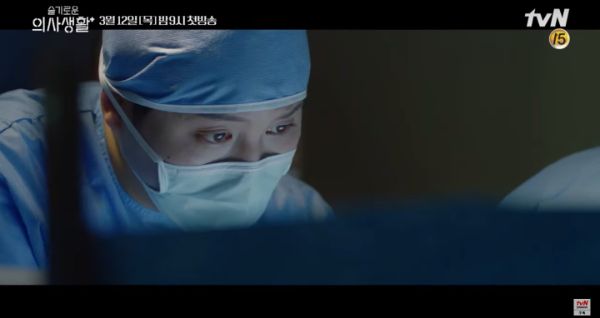 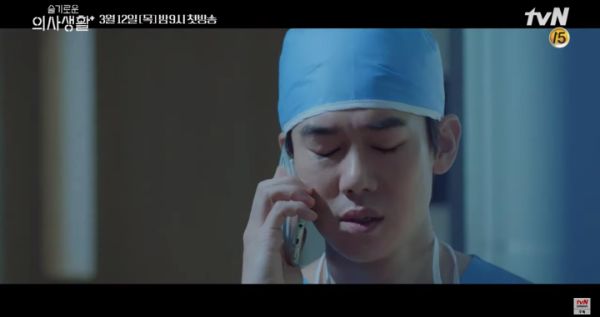 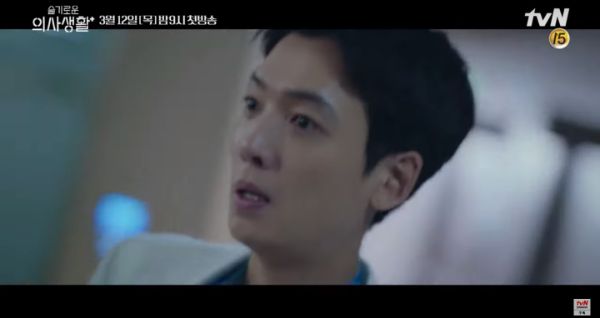 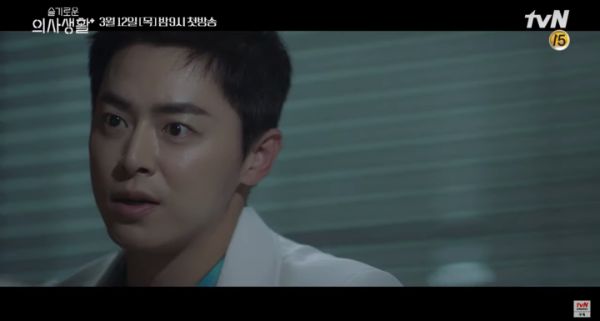 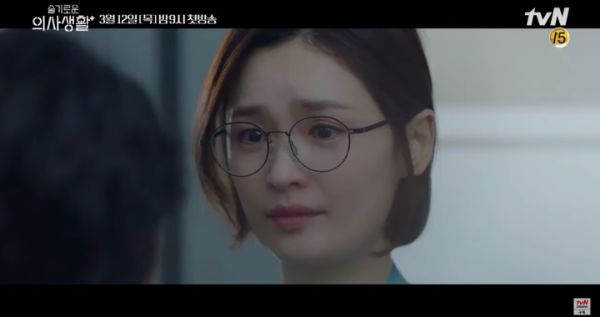 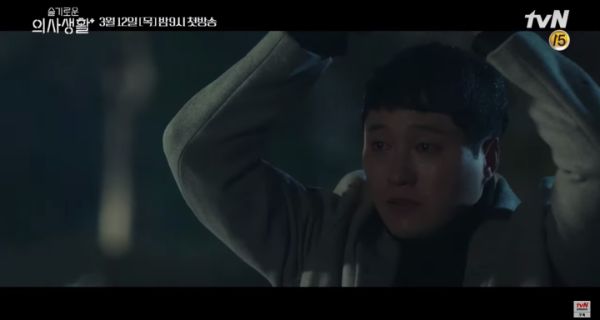 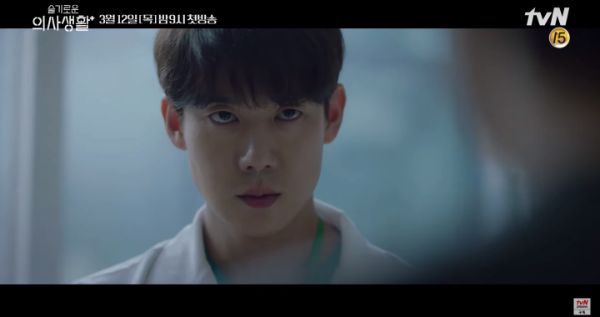 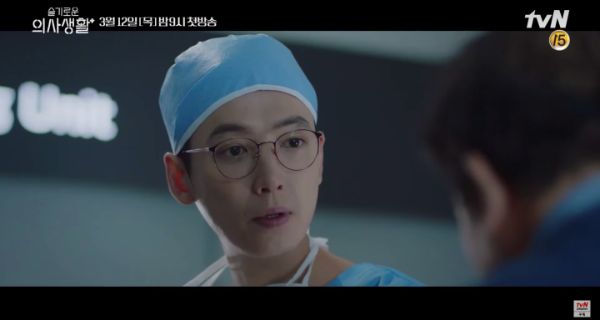 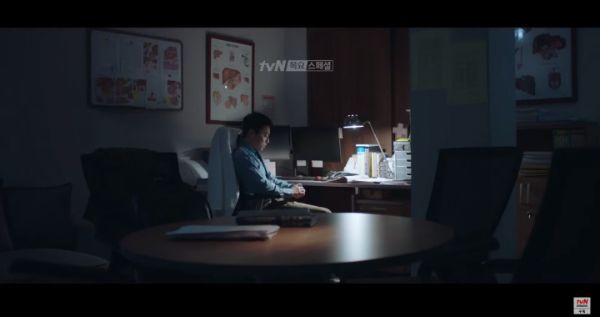 After months of inactivity on DB I finally logged in because of this.
This is what I never knew I needed until this moment.
"Pleasant surprise" would not suffice. Bring. It. On.

Omg, I said the exact same thing below before reading the comments. Same wavelength.

Lol I mean, YYS as a doctor again, and being co-doctors with JJS and JKH!!
Also in an Answer Me PD drama!
Who can get NOT excited
*runs around screaming
Finally, finally we can rest assured with popcorn buckets putting almost everything in the capable hands of this team.

I am so excited, anything these writers write is a must watch for me.

The casting is perfect too!

March 12 can't come fast enough! I am so looking forward to this show! So much potential and such a great cast! Can't wait!

With this cast and this writer and director, this show is going to be a ratings hit.

Watching, that is all.

Can't wait 3 great actors in 1 drama. Just sad that it only had 12 episodes

They have planed 3 season of this drama and already confirmed that they gonna start filming for season 2 in November. Planing to air first half of 2021 :)

That's what I thought, too. I really hate that things are getting broken into seasons like this. If I wanted seasons, I'd watch Grey's Anatomy. 12 episodes is going to leave us hanging and it's going to be painful to wait a year for the next 12. Up until I read about the seasons, I was over the moon excited to watch this.

That's a real bummer. :((
Is kdrama world getting westernized. Kdrama is kdrama for a reason

Netflix had nothing to do with it. The director wanted to do it in seasons. It's been planned as a season based drama since it was first announced. Just like Chief of Staff. It's a new trend in drama land.

It must have more monetary value. It must be why so many directors are opting for it. Asdal will have another season too and apparently Vagabond might get another season because the director ended it abruptly on purpose.

But what all those dramas (Chief of Staff, Arthdal Chronicles, Vagabond, Kingdom, Love Alarm, My First First Love) have in common is Netflix, so I'm still inclined to blame Netflix.

But only Kingdom, Love Alarm and First Love are controlled by Netflix. Others are making their own decisions to do seasons Netflix buys them later. Maybe they started the trend but other directors are choosing to follow them.

Oh wow didn't see it. It's okay to wait if not that long. Can't wait for next week,

Wow, if the writer and director duo behind the Answer Me series are doing this I can only say: hooray!☺😀
Bring it on, make me laugh and cry.

They are going to get their #1 spot back.

I added it to My List on Netflix. I will say that while I like the actors, I wish the male-female ratio was a little more even.

I bet at least two of them are going to be in love with her.

@panshel that's the truth! I just looked her up and I was excited to see that at least she was age appropriate for our lead actors. I was afraid she'd be the only female main character and a newbie and way too young for them.

Thankfully, the five of them are friends from medical school. Smart Doctor Living is like if the Reply 1988 friends all became doctors.

I agree! Where are the women? The last time I was at a hospital it was overflowing with female doctors, nurse, techs, etc.

Looking forward to this but it looks like it just once a week on Thursday?
Now that Romantic Doctor Dr Kim S2 has concluded I have nothing to watch Mon thru Thur!

All good actor in one drama. Oh my god

Will we have to guess Jeon Mi-do's husband this time as well? Will Chilbongie get Chilbonged again?

I have been trying to decode the clue from the posters. Making relationship chart in my brain i.e who's smiling / looking at whom. 🤣

I assume this is more similar to Prison Playbook and not the Reply series. So there probably won't be any guess the husband game. I personally hope there isn't any.

Like having my fave vanilla ice cream with chocolate sauce, sprinkles, chop nuts and cherry on top... Can you get too much of good things?

But it means only one episode by week? :(

Two episodes per week is one of the reasons why I love K-dramas.
I hope they are not going down the US tv route with this one eps per week.

Kdramas like to end the episode with a cliffhanger. One episode will be really frustrating.

Not only are they going down the US TV route with one episode per week, but this drama is going to have seasons like American shows too. *pulls out hair*

TvN have made a change to the their schedule that gonna take place with new dramas coming this month!
This drama is gonna air on Thursday 9 pm before Momorist at 10:50 pm (wed - thur drama)! Apparently that late time slot is tailor made for late hour dramas. What I been reading is that the time slot 9 pm gonna alternate between dramas and variety programs that gonna air once a week.
Mon - thue dramas gonna start 9 pm and they say that drama that gonna air on this time slot is aimed at wide variety of audience.
What I am trying to say with this is that we should be used to some TvN dramas airing once a week, but most of them gonna have the standar airing two episodes a week. So no worry about that. :)

So looking forward to this. Please just tell a good, tight story. With this cast I know it will be beautifully acted.

I have saved my one tvN viewing slot for HOSPITAL PLAYLIST. I have to limit myself to one tvN drama at a time only because of episode length. I still don’t believe the Netflix press release that said each episode will be 60 minutes.

The alternate title is Hospital Playlist. I read somewhere that they are part of a band (hailing back to their Med school days?). So music is going to feature heavily - love it already. 3 of the cast (JJS, YYS and JMD) are have musical theatre roots? JJS, YYS, JKH and JMD - they can all sing. Not sure about KDM but chances are they were all recruited so they can actually play and sing...in a band... should be lit. The lady Jeon MiDo has primarily been in Musical Theatre I think. Makes sense now why PD chose this cast.

Sending hearts away to the doctors 💞💞💞

Looking forward to the acting chemistry between the cast members.